A Brief History Of Apple Pie In America 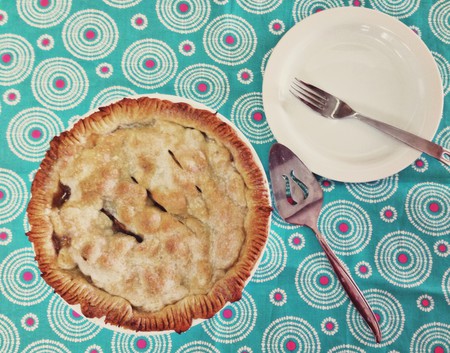 The saying ‘as American as apple pie’ has been around for centuries. Traced back as early as 1851, this expression is used to express patriotism, usually heard when discussing things like baseball, beer, or rock-n-roll. But in a country where apples aren’t native to the land – nor is pie for that matter – how did apple pie become so embedded in the American identity?

Before the Pilgrims set sail for the New World, European and Asian cultures had already incorporated apples into their cuisine thousands of years earlier. The first written mention of the apple is that of Alexander the Great in 328 BCE: he noted Kazakhstan’s apples appeared to be ‘dwarfed,’ before bringing them back to Macedonia to be cultivated. By the late 14th century, sweet and savory pies were already an important part of the food culture in England, and so it comes as no surprise that apples made their way into these pastries; however, they traditionally were made without crust due to the high price of sugar. It wasn’t until the 15th century that Dutch bakers transformed the crust-less apple pie into the lattice-style pastry we commonly see today. Just a century later, the pies could be found across Europe including Italy, Germany, and France. 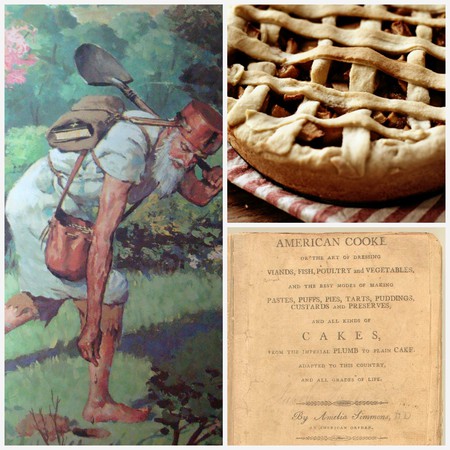 North America, however, is home to only one kind of apple: the ‘crabapple.’ Popularized by the tale of Johnny Appleseed, the common misconception is that this young man produced beautifully delicious apples for eating; on the contrary – the crabapple is a sour, inedible fruit that Mr. Appleseed supposedly used to make hard cider. Through overseas trading routes, ships finally arrived with trees bearing modern-day apples in the mid-1600s. But because there was no way to pollinate the trees, the fruit didn’t really blossom until European honey bees were brought over a few decades later.

In 1697, America saw the mention of its first apple pie in Allen Metcalf’s book, America in So Many Words: Words that have Shaped America. Believed to be brought over by Swedish, Dutch, and British immigrants, apple pie quickly became a part of the American culinary repertoire. But interestingly enough, the dish was declared ‘uniquely American’ by settlers rather than noting its true cultural origins. America’s first cookbook, American Cookery, includes two recipes for apple pie, neither claiming the roots of the recipe. By the turn of the 20th century, the pie had been established as a key part of American culture. In the early 1920s, the dish found its way into literary works, and by the 1940s, ‘as American as apple pie’ was coined as an expression of patriotism. While apple pie may not be ‘American,’ its roots in the nation’s history has been intricately woven into its cultural fabric.