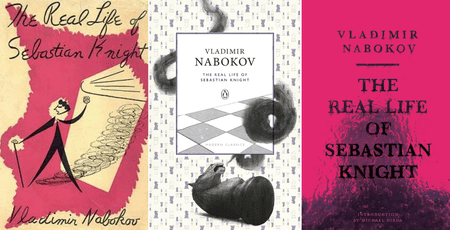 Today marks 75 years since The Real Life of Sebastian Knight was published,the first novel Vladimir Nabokov wrote in English. More than a precursor for his later, more famous titles, the book is something of a statement entrance to what would become his preferred language — a remarkably intricate short novel. The author himself thought very highly of the work, as did Edmund Wilson and Flannery O’Connor. Yet it is Michael Dirda, who wrote the introduction to New Directions’ latest edition, who explains this appreciation perfectly: “For its many admirers, the novel itself is one of Nabokov’s hidden masterpieces”. 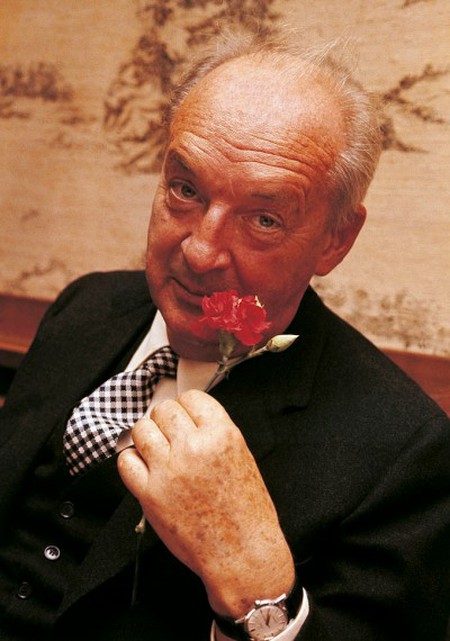 Martin Amis once likened Nabokov’s prose to having the author invite you to sit, in his most comfortable chair, for a fireside chat accompanied by a cigar and his finest single malt (a description which he contrasted with the 20th century’s other stylistic genius, James Joyce, and his colder, darker invitation). It is the hallmark of Nabokovian language to be warm, at times dazzling, at others beguiling, and to present a tale of the utmost complexity and emotional resonance as one imagines an old don would — with a wink and a smile. In these respects The Real Life of Sebastian Knight certainly doesn’t disappoint.

The novel was written quickly, between the end of 1938 and January 1939, while Nabokov lived in Paris with his family (the author worked on it throned upon the bidet in his bathroom, with a suitcase positioned on his knees, so as not to disturb his four-year-old son Dmitri). It was composed in English more out of necessity than a particular liking for the language, as the author wanted to enter it into a British literary competition. If the book’s prose is typical of Nabokov at his best — uniquely intricate, playful and poetic — it is interesting to note the writer himself wasn’t too sure about the quality of his English; the novel itself contains a number of romantic longings for the Russian language, and its particular melodies.

Presented amid a wealth of wordplay and multiple references to Shakespeare’s Twelfth Night, the story concerns a man named V. who attempts to write the biography of his mysterious and recently deceased half-brother, the famous writer Sebastian Knight (it is worth being reminded here that the siblings in the Bard’s play were named Viola and Sebastian). Weaved in are a variety of autobiographical elements, some of which will make further appearances in the author’s later works: the two brothers were raised in Russia and had to emigrate west following the revolution of 1917, they had a French governess who retired in Switzerland, Knight went to Cambridge University, etc… Likewise, Nabokov’s relationship with his wife Véra, at the time recovering from serious troubles (he almost abandoned his marriage after falling in love with a Paris-based Russian woman named Irina Guadanini, an episode he deeply regretted), is mirrored in a number of characters: the two lauded personages of Clare Bishop and Helene Grinstein, as well as Madame Lecerf, the Paris-based Russian woman who ends up abandoning our psychologically abusive Sebastian downtrodden and alone.

As the reader can probably tell, identity (particularly in its mistaken form) plays an important role in the work, and it is a recurring theme to find places and people turn out to be completely different from the way they were introduced. Even the characters in Sebastian Knight’s books (which V. analyzes and quotes at length) are reflected in the novel’s actual narrative, providing further of the playful complexity so typical of his later masterpieces. The author, the characters, and Sebastian Knight’s own fiction are interspersed — all for a work of uncommon depth, the capture of a life.

And so the reader is exposed to the first majestic stirrings of Nabokov’s English prose. The mood can move from a certain biting wit — here represented by V.’s attack against the other man working on a biography of Mr. Knight:

Mr. Goodman’s method is as simple as his philosophy. His sole object is to show “poor Knight” as a product and victim of what he calls “our time” — though why some people are so keen to makes others share in their chronometric concepts, has always been a mystery to me. “Postwar Unrest”, “Postwar Generation” are to Mr. Goodman magic words opening every door. […] But he is quite wrong in thinking that he found something once the lock had been forced. Not that I wish to suggest Mr. Goodman thinks. He could not if he tried.

— to the sentimental and lyrically nostalgic, as evidenced by the novel’s ending:

Thus — I am Sebastian Knight. I feel as if I were impersonating him on a lighted stage, with the people he knew coming and going — the dim figures of the few friends he had, the scholar, the poet, the painter, — smoothly and noiselessly paying their graceful tribute […]. And then the masquerade draws to a close. The bald little prompter shuts his book, as the light fades gently. The end, the end. They all go back to their everyday life (and Clare goes back to her grave) — but the hero remains, for, try as I may, I cannot get out of my part: Sebastian’s mask clings to my face, the likeness will not be washed off. I am Sebastian, or Sebastian is I, or perhaps we both are someone whom neither of us knows.

The book was eventually published by New Directions in 1941, and was well received, if unlucky in sales — it was published two weeks before Pearl Harbor. 75 years on, there is no doubt about the fact that The Real Life of Sebastian Knight provides the first example of a literary giant at full strength. It is an enduring masterpiece.