These Must-See Large Works Of Art Will Astound You

Also known as the Adoration of the Mystic Lamb, the Ghent Altarpiece (1432) is a stunning work of art by Hubert and Jan van Eyck. Commissioned by Joos Vijd, it was started by Hubert, while Jan finished it upon Hubert’s death. Housed in the Cathedral of Saint Bavo in Ghent, Belgium, this massive altarpiece measures nearly 12 feet high and 16 feet wide when opened and features beautifully intricate paintings depicting sacred subject matter. When closed, the work shows several scenes such as the Annunciation, sculptural paintings of Saints John and John the Baptist, and portraits of the donor and his wife. When opened, the altarpiece features a brightly colored array of scenes, from the Adoration of the Mystic Lamb to Adam and Eve to the Virgin Mary and many more. 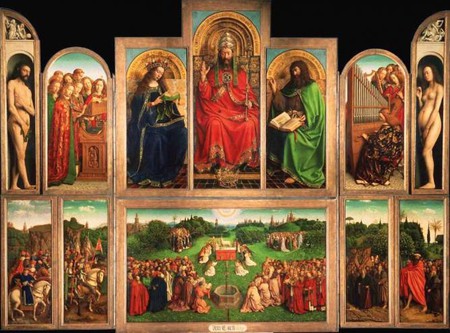 Painted in 1642 by the great Rembrandt, The Night Watch, which may be the most famous work by the Dutch painter, is a huge painting measuring at 11.91 feet high by 14.34 feet wide. Located in the Rijksmuseum in Amsterdam, the large size enhances the powerful scene that Rembrandt created. A group portrait featuring a militia company, the painting gives a sense of movement as Rembrandt painted the work as capturing a specific moment in time. The figures were not classically posed; they were doing something — getting into formation. Between the size and the way he used light to draw viewers’ eyes to certain locations within the work, this is one artwork not to be missed. 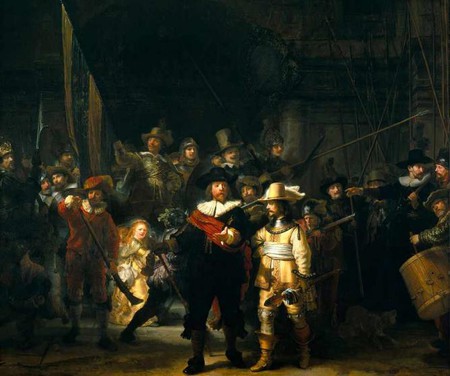 Created by Pablo Picasso in 1937, Guernica is a truly powerful artwork made more impressive by its enormous size — 11.5 feet high by 25.5 feet wide. Reading about and seeing photos of the devastation that Guernica, a small Basque town, received as a result of German aerial bombings, Picasso painted this emotional artwork featuring twisted, broken figures, both human and animals, in a black, white and gray color scheme. The paint does not represent exactly what happened in Guernica but rather an overall sense of destruction that takes place when any horrible tragedy befalls a place. Indeed, this artwork has become a reminder of all the devastating events that happen throughout the world. Located at the MoMA in New York City for many years, the painting was returned to Spain in 1981 and can be seen at Museo Nacional Centro de Arte Reina Sofía in Madrid.

The Sistine Chapel in Vatican City is like one giant piece of artwork. Stepping inside this chapel, art lovers will be treated to a host of beautiful sacred art created by several talented artists of the time. Some of the frescoes featured on the walls include The Trials of Moses by Sandro Botticelli and his workshop and The Delivery of the Keys by Pietro Perugino. Of course, the pièce de résistance (not to take anything away from the other incredible works) is the Sistine Chapel ceiling, including The Last Judgment on the altar wall, by Michelangelo. The ceiling depicts nine stories found with the Book of Genesis, with one of the most famous scenes being The Creation of Adam. 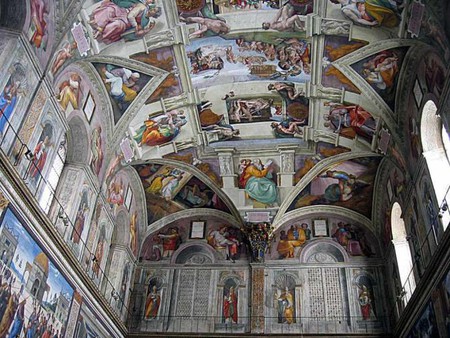 The Raft of the Medusa

Located at The Louvre in Paris, The Raft of the Medusa (1819) is an incredibly large oil painting (16.1 feet tall by 23.4 feet wide) brimming with emotion. Painted by French Romantic Théodore Géricault, the painting tells the story of the wreck of the French Royal Navy frigate, Medusa, in 1816. Off course, the incompetent officer ran the ship aground, leaving 150 survivors who didn’t make it to the lifeboats scrambling to create a raft. After 13 days, only ten people survived. Géricault’s painting depicts a group of men, some alive and some dead, trying to catch the attention of a rescue boat to no avail. It is a dramatic piece made all the more so by its incredible size. 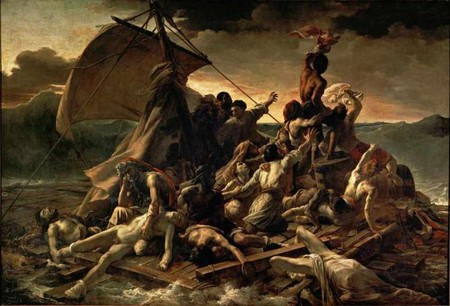 Another monumental piece by Michelangelo, David (1501-04) is a sculptural masterpiece. Representing the biblical hero David, this sculpture was unique for its time, as it depicts David before he went to battle rather than after his victory over Goliath, which is how he had previously been portrayed in artworks. Originally, David was supposed to be located on the roofline of Il Duomo, Florence‘s cathedral, but it was then decided it should be in the Piazza della Signoria. It is now inside the Galleria dell’Accademia. Quite possibly the most famous sculpture in the world, the imposing, strong figure is made of beautiful white marble and stands 17 feet tall. 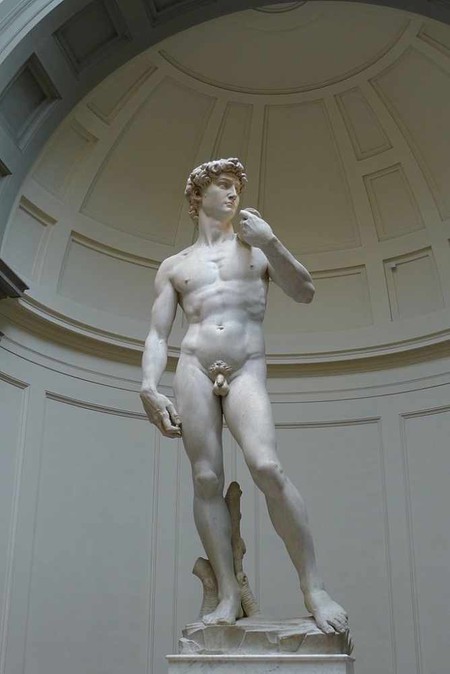 As everyone knows, Andy Warhol loved to create the same images over and over again albeit with slight differences. Looking to popular culture as inspiration, Warhol created portraits of many famous people throughout his career. Former Chinese ruler Mao Zedong was no different, as the Pop Artist created hundreds of works of Mao. Located at the Art Institute of Chicago, Mao is a towering work of 15 feet. Created in 1974, this painting, made of synthetic polymer paint and silkscreen ink on canvas, features Mao in a unique manner — with a face full of bright colors, mimicking makeup. This is quite ironic as Mao was, of course, a Communist, and therefore against displays of individuality. 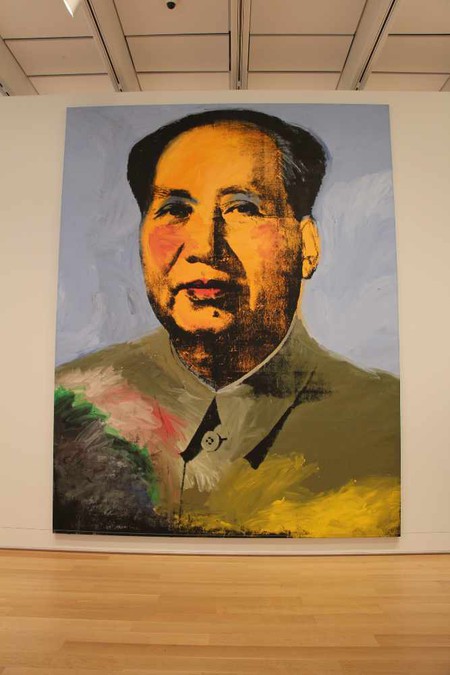