Movies to Make You Fear the Mountains

Climbing into the clouds has exerted fascination since time immemorial. Mountain climbing has been the topic of numerous films. Here are seven guaranteed to make most moviegoers nervous. 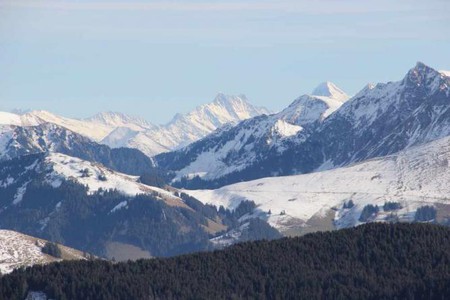 The North Face is a German climbing film based on a true story from the time of the Third Reich. The film tells the tale of Toni Kurz and Andi Hinterstoisser and their ascent up the formidable north face of the Eiger in the Bernese Alps. Their story is multifaceted: being talented in their own right as climbers, their plight soon becomes one of nationalist pride for Hitler and the Nazi Party, although the pair view the party with concealed disdain. There are many stunning scenes and tense climbing moments; perfect for getting viewers hanging from the edge of their seats.

Based on the book by Joe Simpson, Touching the Void is a documentary based on the author’s own near fatal excursion up Siula Grande with fellow climber, Simon Yates. As one of the most terrifying climbing films to date, this documentary perfectly captures the harrowing descent of the mountain in all its grim brutality, climaxing when Simpson falls and breaks his leg. Yet this film documents much more than just a climbing experience gone awry; it makes a triumphant commentary on the strength of the human spirit, with terrific trails for both Simpson and Yates within.

Courtesy of the same production company that made Touching the Void, The Summit documents the disastrous K2 incident of 2008, when 11 climbers lost their lives in one of the most fatal summit attempts ever. While Mount Everest is known as the biggest mountain on earth, K2 is the second largest, and is universally agreed to be one of the hardest mountains to climb. With both recreated scenes and documentary footage, this film tells a story of determination, disaster and, ultimately, death.

Although this one’s plot line can seem a little far-fetched at times, the climbing scenes and mountain vistas of The Eiger Sanction make it a film worth watching. Doubling as a professor of art and mountaineer, it is revealed that Dr Jonathan Hemlock (Clint Eastwood) also works as a “counter-assassin” for a secret US government agency. He agrees to one last job, where he is required to scale the north face of the Eiger and determine his target before pulling the trigger. Tension naturally ensues!

Cliffhanger brings a dash of classic 1990s energy to this list. Starring action big man Sylvester Stallone, this film maintains his status as a rugged muscle man, pitting the hero in a battle with villain Eric Qualen (John Lithgow) on some of the most fear-inducing cliffs of the Rocky Mountains. The movie is determined to entertain, and when a case containing millions of dollars is at stake at thousands of feet above sea level, it really isn’t too hard!

The Wildest Dream makes one of the finest attempts to follow in the elusive footsteps of George Mallory, the famed British climber who disappeared on Mount Everest in 1924, along with his partner, Andrew Irvine. The film is essentially two stories in one; the first being of climber Conrad Anker, who in 1999 discovered Mallory’s body frozen on the mountainside and in the film returns to uncover the truth of his death, the second, a biography of the late climber and an examination of whether he reached the summit before falling to his death.

Cold is perhaps the most realistic climbing documentary made to date. The film tells the story of Cory Richards’s ascent up an 8,000-meter peak in the dead of winter. In simply attaching a small camera to venture with him on his climb, he captured some of the most striking climbing footage ever recorded, along with the personal ups and downs experienced on such a journey. The stunning time-lapse footage of the sky, the timeless shots of the mountainside and the narrator’s own determined monologues bring both tension and inspiration.