5 Things You Should Know About Douglas Huebler

Photography may be one of the quickest productions of art in contemporary time. With gadgets capturing images with a simple touch, photos are produced instantaneously. American Douglas Huebler was one of the first artists to combine photography with art. To learn more about the person behind the lens, here is a list of 5 things you should know about Douglas Huebler. 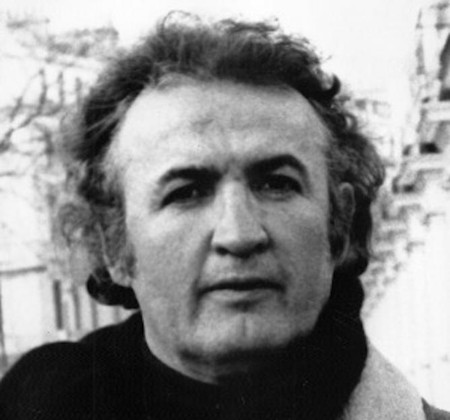 Douglas Huebler was not a photographer.

Douglas Huebler was an artist who incorporated photography into his art. Huebler’s service and significance extends beyond that of inspiration and creativity produce by his artwork. Born in the late autumn month of October 1924 in Ann Arbor, Michigan, Douglas Huebler grew up during the Depression and served in the U.S. Marines during World War II. His life spared from the tragic of warfare, Huebler returned home and with the help from the government and GI Bill, was granted the opportunity to earn his Bachelor’s and consequently Master’s at the University of Michigan. Huebler went on and further his academic pursuits at the Academie Julian in Paris. Huebler began to paint himself as an influential teacher leaving his innovative strokes at Miami University in Oxford, Ohio; Bradford College in Haverford, Massachusetts; and Harvard University in Cambridge, Massachusetts, as well as the California Institute of the Arts in Valencia, where he also took on the role of the Dean of the School of Art.

Merging language and text with his art, Huebler wanted to portray the deception that can be conceived from images and the truth that can be salvaged from text. David Pagel, from The Los Angeles comments, ‘[Huebler’s art] acknowledges the power of pictures, but only as a distraction from language’s true powers.’ Huebler supplemented his art with text written pieces and black and white photos. He would take snapshots of things in a fixed 15 minute interval, with different angles and simplicity to eradicate the subjective experience of the artist and bring about the art object as a conceptual thought living in the viewer’s mind. His colorless photographs and monochrome text allows for viewers of his art to color their own view and thoughts. Huebler abandoned the traditional concepts of art and took on a new and different approach.

A Cofounder of the Conceptual Art movement.

Huebler was a minimalist sculptor. Driven by minimalist ideals, Huebler shifted his art towards a conceptualist approach and was a pioneer of the Conceptual Art movement in the 1960s. His works contained elements that are movable by the viewer. Traditional elements such as beauty, detailed aesthetics, rarity and skill were resigned by Conceptual artists. An incomplete work was believed to be completed by the viewers of the art. All art is conceived as art, even with the minimalism of physical objects.

At age 72, he fought his last battle with Cancer.

On a mission to produce the most authentic and inclusive representation of the human species on this planet, Huebler spent the remainder of his days photographing and documenting everyone alive. This massive project and ambitious resolve was unfortunately forced to end by pancreatic cancer taking Huebler’s life in his home in Truro Massachuetts in 1997.

His works continues to be conceptualized

Huebler said, ‘the world is full of objects, more or less interesting; I do not wish to add any more. I prefer, simply, to state the existence of things in terms of time and/or place.’ The existence of his work remains across the country and hemisphere in collections at the Museum of Fine Art in Boston, Museum of Modern Art and Guggenheim Museum in New York City, Tate Gallery in London, Musee National d’Art Moderne in Paris and the Israel Museum in Jerusalem. As a conceptual artist, Dougals Huebler’s art is not incomplete because of his demise, but shall be completed by those living.