Five Foods That Are Healthier When Cooked 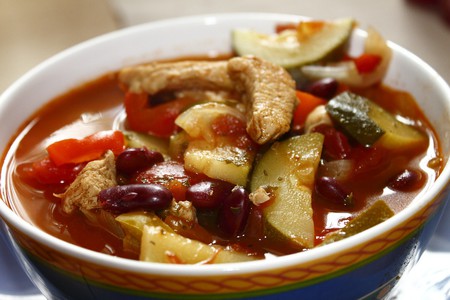 Plant-based diets are on the rise globally. As veganism and vegetarianism gain momentum among meat-lovers worldwide, misconceptions about how to execute these diets in a healthful way abound. For some, merely incorporating more fruits and vegetables into their daily routines is enough. Others look to extreme versions of plant-based diets — like raw veganism — in hopes that they’ll crack the nutritional code.

A raw veggie diet does have its benefits. Diets high in fruits and vegetables lower your risk of developing heart disease. Processed foods have been linked to any number of conditions ranging from obesity to autoimmune disease. Just last year, a report linking processed meat to cancer sent shockwaves through, well, the entire universe. (I mean, who doesn’t love bacon?)

But that doesn’t mean that a completely uncooked fruit and veggie diet is what’s best. The truth is, the best diet is a balanced one. And, while fresh fruits and vegetables are a good start, eating them and excluding everything else isn’t necessarily healthy. In fact, there are some foods that increase in nutritional value after being cooked. Here are just a few examples.

According to Dr. Andrew Weill, mushrooms are basically indigestible when uncooked. They only release nutrients once heated up, since mushroom cell walls are extremely thick. Also, raw mushrooms contain toxins that have been linked to cancer. “Thoroughly heating [mushrooms] releases the nutrients they contain, including protein, B vitamins, and minerals, as well as a wide range of novel compounds not found in other foods,” Weill wrote. 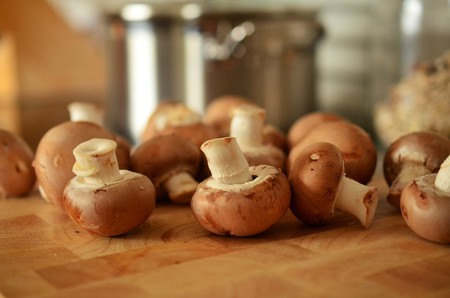 Mushrooms on kitchen cutting board.

Let’s not mince words here. Fresh, uncooked tomatoes are delicious. And, while they’re full of nutritional value as they are, those properties are substantially enhanced when cooked. A study published in the Journal of Agriculture and Food Chemistry found that, when heated to about 190 degrees Fahrenheit, tomatoes exhibited increased nutrient and antioxidant value. “This research demonstrates that heat processing actually enhanced the nutritional value of tomatoes by increasing the lycopene content — a phytochemical that makes tomatoes red — that can be absorbed by the body, as well as the total antioxidant activity,” Dr. Rui Hai Liu, assistant professor of food science at Cornell University, told the Cornell Chronicle. “The research dispels the popular notion that processed fruits and vegetables have lower nutritional value than fresh produce.” 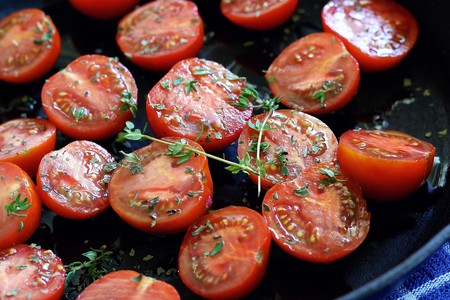 Tomatoes being prepared for a meal.

Spinach is packed with iron, fiber, and tons of other nutrients, which is why many consider it a superfood. Like tomatoes, spinach is fine to consume both raw and cooked, but it does pack a more powerful nutritional punch when cooked — specifically when it comes to iron. According to the U.S. Department of Agriculture (USDA), there’s about 2.71 milligrams of iron in a 100 gram serving of raw spinach. And, to be fair, that’s pretty good. But compare that to the 3.57 milligrams of iron in that same 100 gram serving when cooked, and you’ll understand why some nutrition experts recommend cooked spinach over raw. 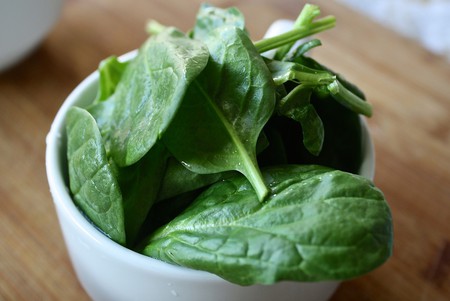 Freshly washed spinach in a bowl.

Carrots are antioxidant-rich, which is why they’re considered especially healthy. Foods with loads of antioxidants are believed to guard against cancer and increase longevity. A study in the Journal of Agricultural and Food Chemistry found that the antioxidant carotene in carrots increased by 34 percent when cooked at 483 degrees Fahrenheit for about 75 minutes. It is, however, important to note that while their antioxidant properties increase when cooked, carrot vitamin C levels may drop by up to 50 percent. 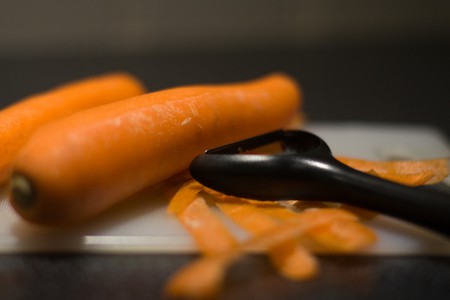 Let’s be honest, no one’s eating raw beans. Cooking beans obviously makes them more digestible, but there are some health benefits to heating them up as well. Beans are a great source of both fiber and protein, but when uncooked, they contain toxins that could be dangerous. According to the U.S. Food and Drug Administration (FDA), lectin in uncooked kidney beans can cause poisoning with symptoms including nausea, vomiting, and abdominal pain. Raw beans similar to kidney beans can cause these same symptoms. To avoid serious illness, the FDA recommends soaking beans in water for 5 hours before cooking and notes that undercooked beans may be even more dangerous than raw ones. 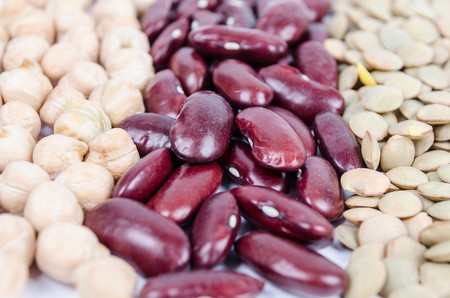 Assorted beans.
Give us feedback