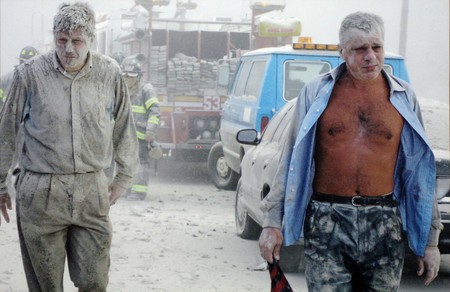 Men walk through Manhattan in cloud of dust on September 11, 2001. Photo courtesy of Cliff/Flickr/CC BY 2.0

Marcy Borders looked stunned in the hazy photo that captured her soot-covered body moments after the twin towers of the World Trade Center collapsed on September 11, 2001. She was just 28 years old, working as a legal assistant at Bank of America in the north tower when two planes flew squarely into the buildings, killing thousands of people and leaving even more on the ground below trying to make sense of what was going on.

Marcy Borders (the dust lady), one of September 11th survivors died Aug 24th 2015 of stomach cancer thought to be caused by the dust etc inhaled during the event! 15 years on and the tragedy is still raw! #NeverForgotten #powerfulimage #marcyborders #thedustlady #RIP

That photo of Borders soon became synonymous with the tragic events of the day, with many referring to her as the “dust lady.” She was a survivor, but by many accounts still very much a victim. In interviews in the days, months, and years following the attacks, she expressed problems coping. She struggled with depression and substance abuse — conditions she didn’t have prior to the attacks. And in the end, last year at age 42, Borders died from stomach cancer that she believed was directly linked to the dust that covered her body that day.

“Why can’t this be over? I’m tired. I’m just tired,” Borders told The Jersey Journal last year. “I’m saying to myself ‘Did this thing (the terror attacks) ignite cancer cells in me?’ I definitely believe it because I haven’t had any illnesses. I don’t have high blood pressure…high cholesterol, diabetes.”

Borders may have felt alone in her struggle at times, but thousands of workers and first responders are still experiencing similar health problems, both physical and mental, even 15 years after the September 11th attacks. Though post traumatic stress disorder (PTSD), respiratory diseases, and cancer are the conditions we most commonly associate with the attacks, there are other, unexpected health issues that some survivors report experiencing. These conditions are covered by the U.S. Centers for Disease Control and Prevention (CDC) World Trade Center Health Program, which was created to help monitor health problems related to the 2001 attacks. 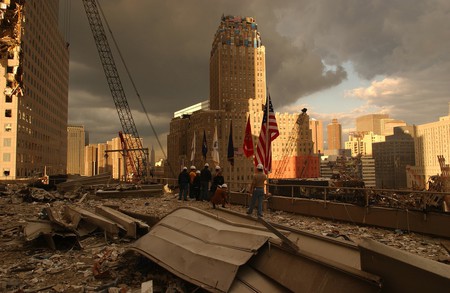 Here are four lesser-known conditions survivors are coping with 15 years after the September 11th terrorist attacks:

Sleep apnea is a condition that causes patients to stop breathing periodically during what’s supposed to be a restful sleep. According to the Mayo Clinic, sleep apnea can be serious if not treated. People with sleep apnea have trouble staying awake during the day, have attention problems, and tend to experience irritability.

Depression is a mood disorder that can literally impact every single aspect of a patient’s day-to-day life. The condition has been linked to feelings of hopelessness, decreased energy, and physical aches and pains. In extreme cases, depression can lead to suicidal thoughts and actions, according to the National Institute of Mental Health. Trauma, like witnessing the events of September 11th, can trigger the development of depressive symptoms.

Gastroesophageal reflux disorder (GERD), which is more commonly referred to as “acid reflux,” happens when the liquid in the stomach splashes up into the esophagus causing discomfort and, in serious cases, leads to ulcers and/or severe bleeding.

Substance abuse is a pattern of alcohol or drug use that severely interferes with an individual’s everyday life. This condition can be caused by genetics, environmental stressors, or psychiatric issues. Substance abuse problems can contribute to weight loss, fatigue, and depression.