20 Important Books You Should Have Read Before You Were Twenty 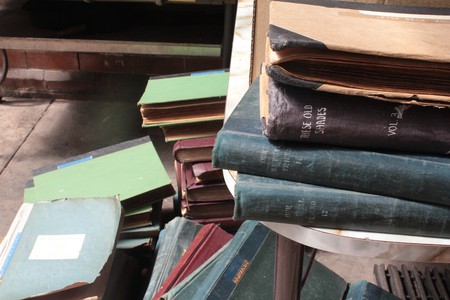 If you spent your twenties reading the likes of Tom Robbins, Chuck Palahniuk, and The Hitchhiker’s Guide to the Galaxy, you’re in good company—yet there are better novels and short story collections awaiting the reader willing to reach past the bestsellers. Below are 20 excellent places to begin if you want to catch up on coming-of-age, formative, and brilliant books from outside the canon. All in all, these books are proof that, even if you’re thirty or older, the best is definitely not behind you.

Confessions of a Mask (1949) by Yukio Mishima

This early book by Japan’s greatest postwar writer still has the power to amaze in its portrait of a young man coming to terms with his homosexuality in a repressive society. Confessions of a Mask makes a parallel between its hero’s personal struggles and the approaching war, which results in a striking examination masculinity codes that is as relevant now as when Mishima’s novel first appeared in English. 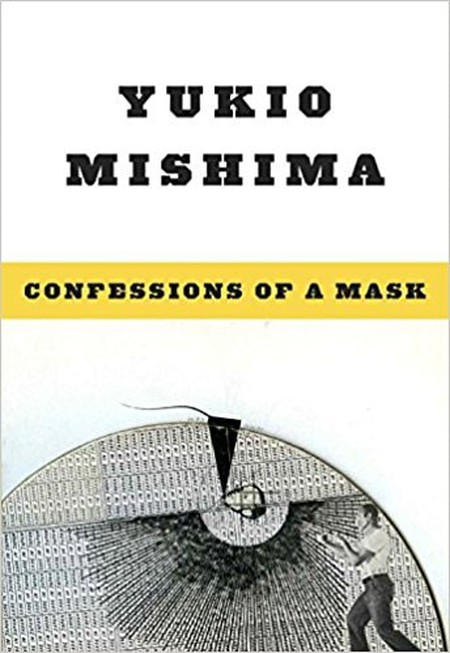 Socially committed, intellectually curious, and completely unique science fiction trilogy Lilith’s Brood consists of the novels Dawn, Adulthood Rites, and Imago. These tell the story of Lilith Iyapo, who witnesses the destruction of Earth only to be resurrected centuries later by an alien race who aim to merge with mankind—and discover what it means to be human in the process. 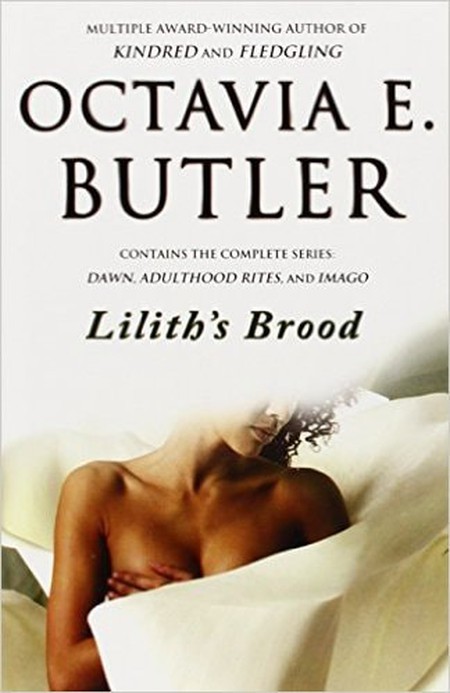 Readers who only know Beloved by its reputation as Toni Morrison’s greatest achievement are often surprised by just how good the novel actually is. Beginning with an escaped slave named Sethe, who finds herself haunted by ghost of the child she was forced to abandon, Morrison employs a variety of voices and strategies to explore the aftermath of slavery in the United States. 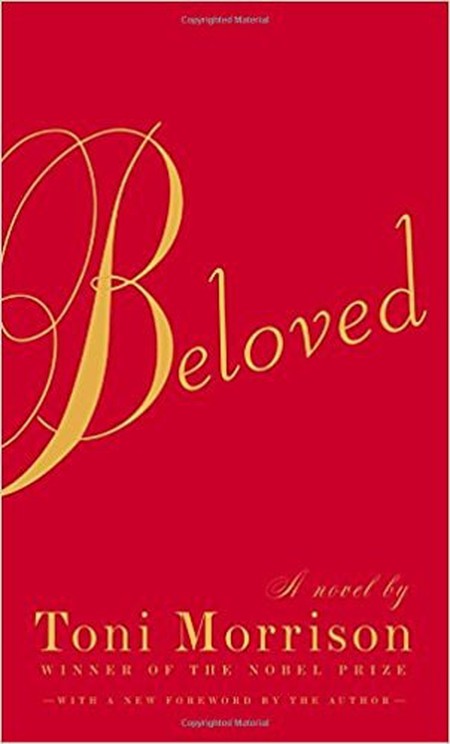 Given the recent revelations regarding Lee Harvey Oswald’s role in the assassination of President Kennedy, now is a particularly good time to read Libra, Don DeLillo’s fictional recreation of Oswald’s life. More thorough and engaging than the theoretically more palatable White Noise, Libra presents a fractured portrait of the American Century going to ground. 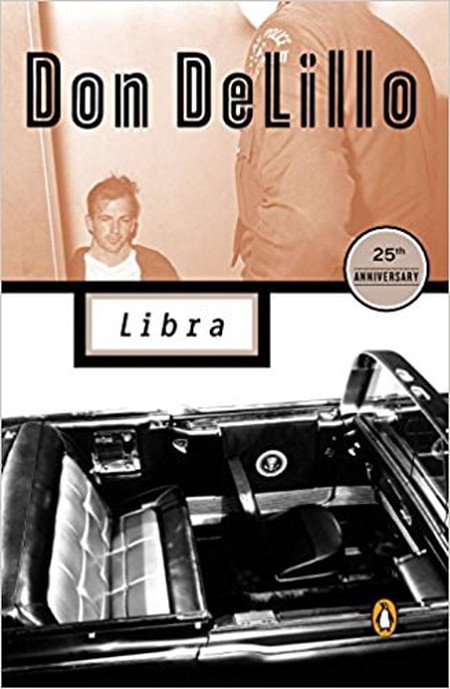 The Passion According to G.H. (1964) by Clarice Lispector

A mystic and transfiguring novel that showed the world what prose can accomplish at its most ecstatic, The Passion According to G.H. by Brazilian writer Clarice Lispector begins with a wealthy woman’s discovery of a cockroach in her maid’s wardrobe. From there, it becomes a stunning exploration of class, femininity, art, and spirit. 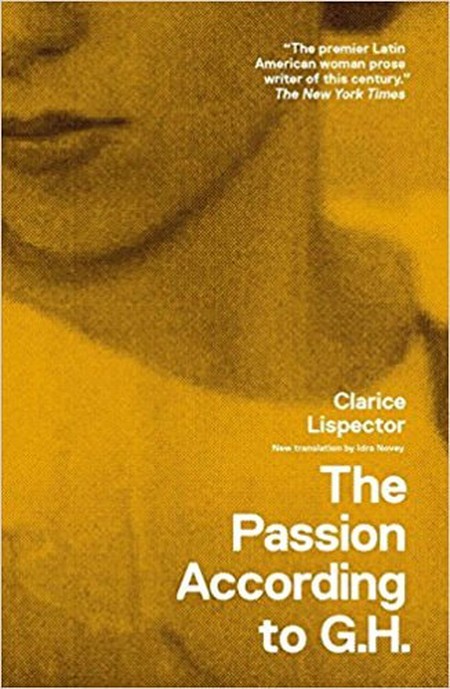 Long before Wizard of the Crow’s crossover success, Kenyan author Ngũgĩ wa Thiong’o was imprisoned without charges after writing Petals of Blood. The novel itself is an uncompromising attack on corruption in modern Africa, beginning with a high-profile triple murder and suspect interrogations and building to a charged political novel for the ages. 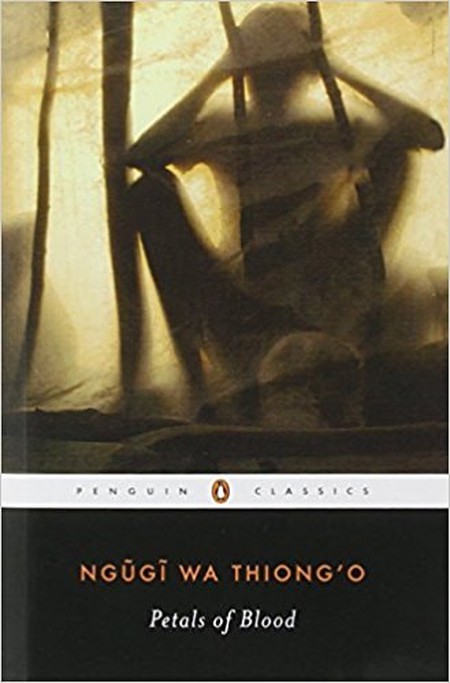 The Bloody Chamber (1979) by Angela Carter

The always amazing English writer Angela Carter made perhaps her greatest contribution to contemporary letters in this collection of short stories. From “Bluebeard” to “Puss In Boots,” The Bloody Chamber revisits fairy tales with a feminist bent, endowing familiar stories with violence, sexuality, and a subversive critique of their frequent misogyny. 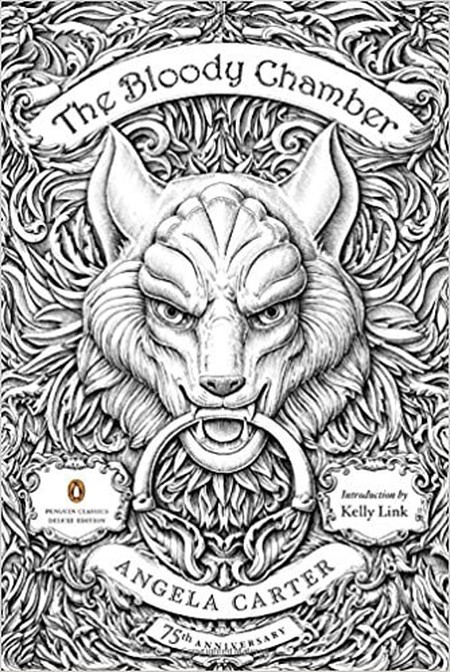 One of the best coming-of-age novels ever published, A Boy’s Own Story (first of a trilogy) is Edmund White’s enduring story of a young gay man growing up in the 1950s. In lyrical prose, White creates a heartbreaking and well-observed tale of a boy’s discovery of art and literature, alongside his own sexuality, as he struggles to find his place in an often inhospitable world. 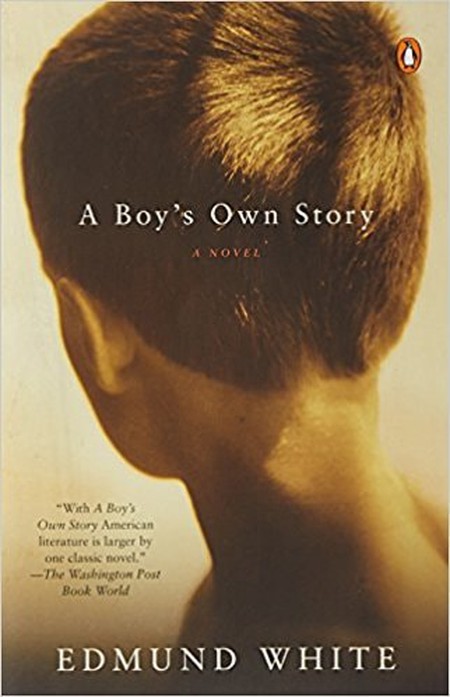 I Am Not Sidney Poitier (2009) by Percival Everett

It can be hard to know where to begin with the prolific and mercurial Percival Everett, but I Am Not Sidney Poitier gives a good sense of what he’s capable of (and it’s much more madcap than anything Kurt Vonnegut ever wrote). An uproarious satire of American race relations, the book follows the protagonist’s (actually named Not Sidney Poitier) rise to power and friendship with Ted Turner before becoming a murder mystery set in Smut Eye, Alabama. 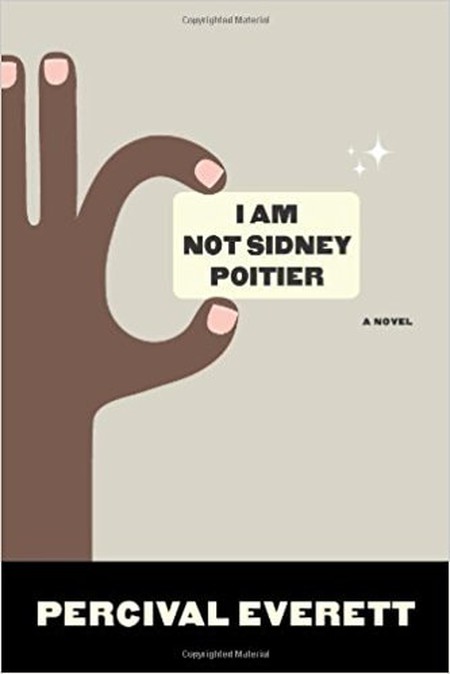 The subtly haunting Never Let Me Go by 2017 Nobel Prize-winner Kazuo Ishiguro, depicts life in an elite boarding school in the English countryside. But Halisham hides a dark secret, and its students are not what they seem. As they grow to adulthood, they find themselves contending with life outside the gates of their sinister school and, in a shocking sci-fi twist, must reckon with their true, more-than-human nature. 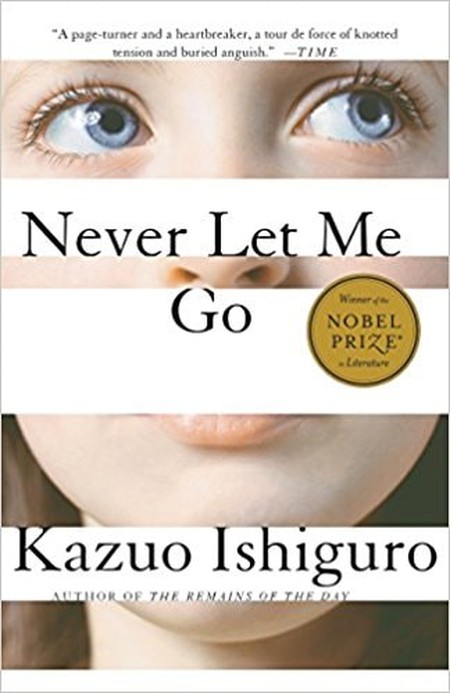 South African writer J.M. Coetzee has written numerous novels critical of post-colonial conditions and the western canon, but his most salient and immediate book may be Disgrace. A novel of moral ambiguity and brutal violence, it details the efforts of a divorced, ambivalent professor to make sense of an attack on his family following a career scandal. It’s hard to imagine a book more respectful of its audience as we rail against the narrator even as we see our worst assumptions and instincts laid bare. 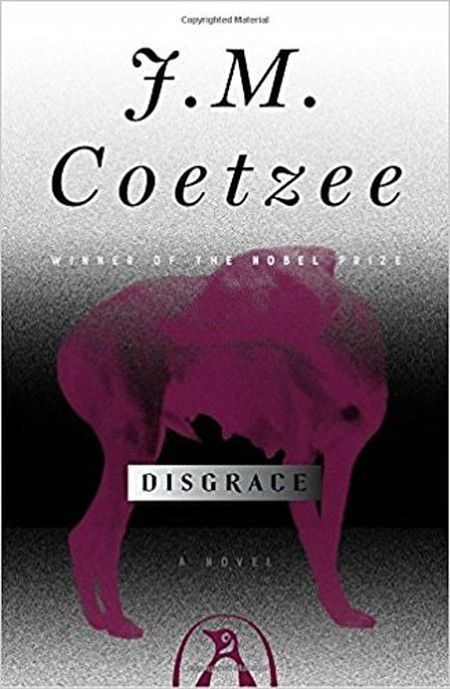 Looking for the great American novel? Look no further than The Monkey Wrench Gang, in which a group of ecologically minded terrorists take up arms against the status quo. This ragtag group includes a libertarian, a Mormon, and a feminist scholar, all who embody the dark side of the American dream as they oppose the despoliation of the desert. 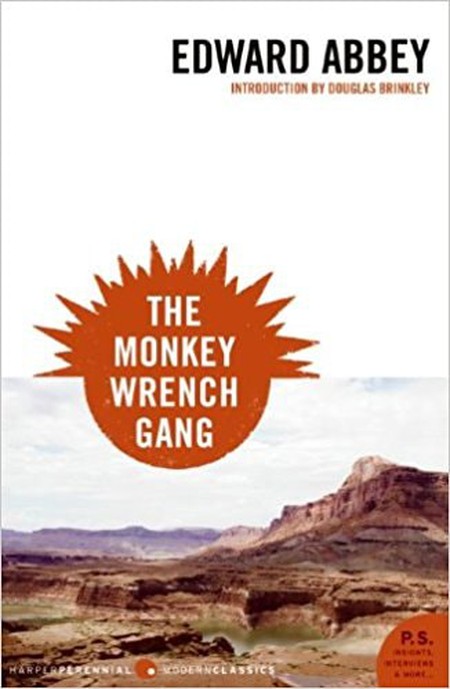 Both a transfixing experimental novel and groundbreaking queer narrative, Djuna Barnes’ Nightwood reads like a feminist version of T.S. Eliot’s The Wasteland, featuring the larger-than-life Robin Vote, who follows her marriage to a baron with her romancing of the enigmatic Nora Flood. But the main event is the bizarre tirades of The Doctor, a mad gynecologist whose philosophy of life comprises one of the greatest prose performances in literature. 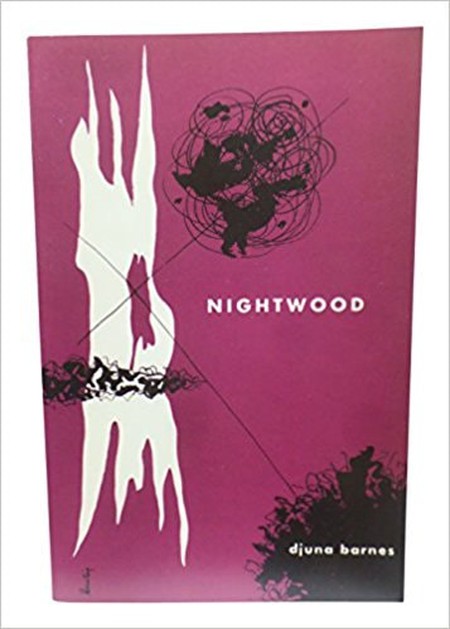 Forget Beckett and Joyce—this Alice In Wonderland-type misadventure into absurdity by Flann O’Brien, one of the strangest and most personable writers ever to publish, is the real Irish modernist masterpiece. Unfortunately, early publishers rejected The Third Policeman, being the eccentric story of a criminal who finds himself in a strange reality of policemen and bicycles, guided by the work of a philosopher who advocates for a sausage-shaped Earth. 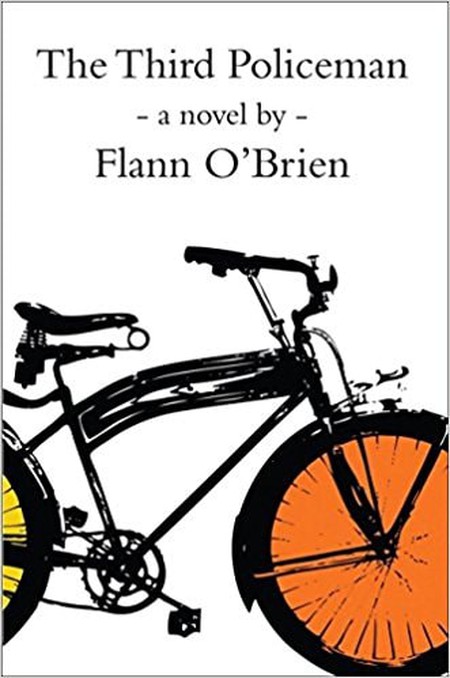 Other Voices, Other Rooms (1948) by Truman Capote

While Truman Capote is better known for In Cold Blood and Breakfast at Tiffany’s, his best book is almost certainly his first: the odd and beautiful Other Voices, Other Rooms, a queer southern novel about a child’s coming-of-age in a decaying mansion filled with grotesques, where he discovers his identity amid an atmosphere of mystery and menace. 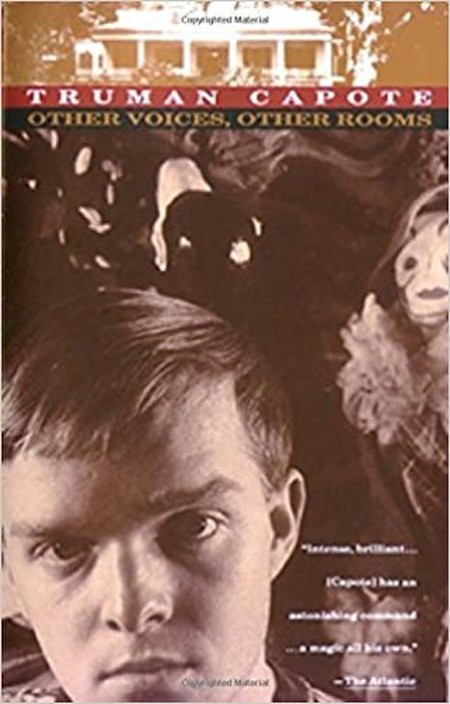 This collection by Spokane-raised writer Sherman Alexie offers American writing at its best, whether it is the story of a native man reclaiming his ancestral regalia in “What You Pawn I Will Redeem” or the discovery of magic by a student in “The Search Engine.” Ten Little Indians reclaims the American short story for indigenous readers while investing its universally appealing slice-of-life tales with emotional power that only Alexie can bring to the page. 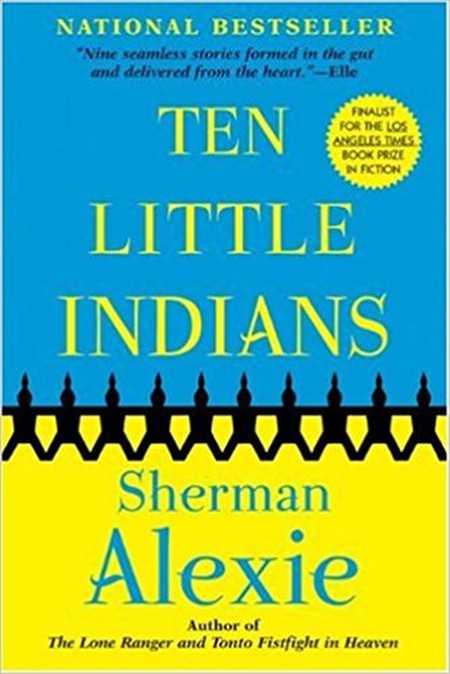 Flannery O’Connor earned her place among the greatest writers of all time with A Good Man Is Hard to Find, leaving aside the question of whether she is best understood as a southern, Catholic, or female writer. O’Connor is her own classification, with stories of the rural south like “Good Country People,” “The Life You Save May Be Your Own,” and the titular story becoming world classics that appeal to all, regardless of background. 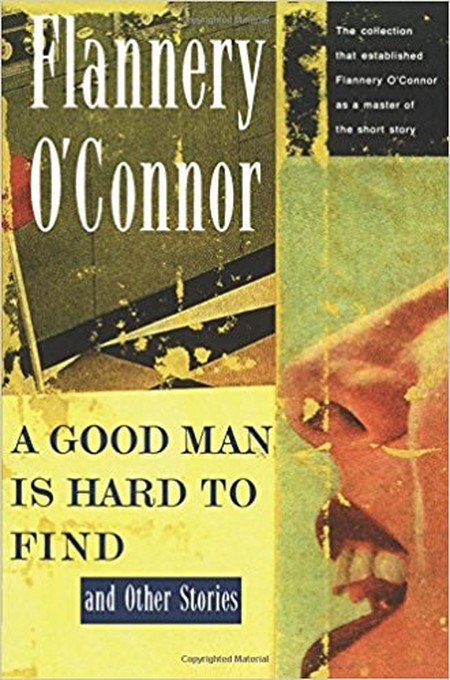 There probably wasn’t a chance to read Claude McKay’s great Harlem Renaissance-era novel in your twenties—Amiable with Big Teeth was only recently discovered and published. It turns out to be a masterpiece of black fiction, exploring warring political factions, rise of fascism, and the American Dream. By turns romantic and thrilling, it joins Zora Neale Hurston’s Their Eyes Were Watching God in the annals of great African-American novels of the Depression. 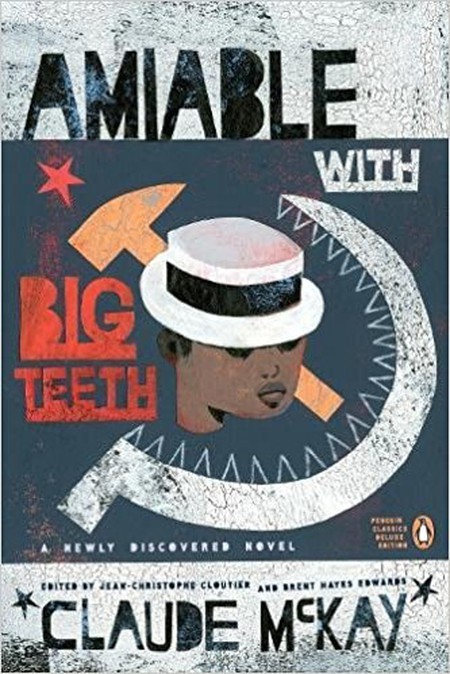 The Brief Wondrous Life of Oscar Wao (2007) by Junot Diaz

Junot Diaz followed up his classic short story collection, Drown, with the Pulitzer Prize-winning The Brief Wondrous Life of Oscar Wao, which follows overweight, comics-obsessed nerd Oscar as he searches for love in a journey that invokes Dominican-American history and The Lord of the Rings in equal measure. 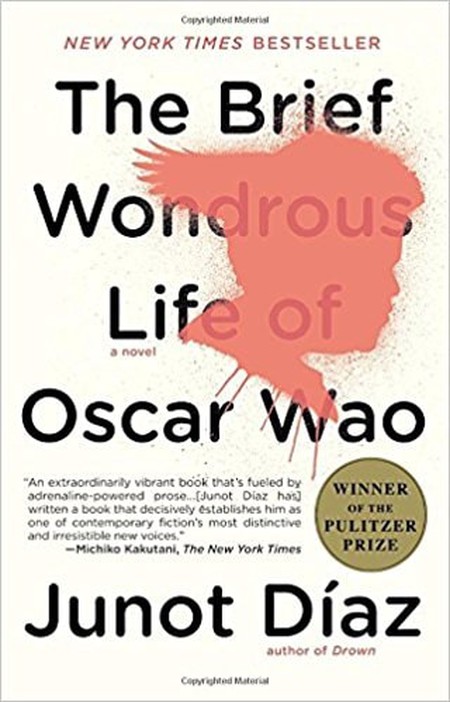 Half of a Yellow Sun (2006) by Chimamanda Ngozi Adichie

Chimamanda Ngozi Adichie’s modern classic, Half of a Yellow Sun, is set during the Biafran war that devastated Nigeria in the 1960s. Compulsively readable, graceful prose makes this tale, of five characters of diverse backgrounds who find themselves caught in political upheaval, an extremely relatable portrait of lives interrupted by crisis and chaos of revolutionary war. 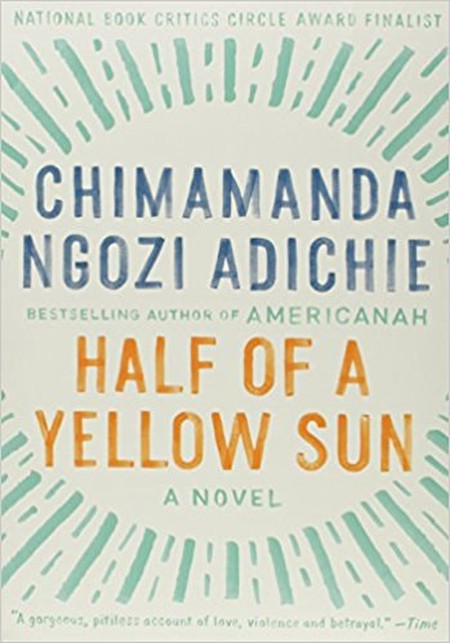 Courtesy of Anchor
Give us feedback