The whole world recognizes roaring and bustling cities like New York, San Francisco, and Miami, but the United States is blessed with so much more to offer. These places are not exactly what many travelers first think of when it comes to traveling destinations—but that’s about to change. With 2018 just around the corner, it’s time to break out those travel bucket lists and add these most underrated U.S. cities to it.

When thinking of Maine, many probably picture Kennebunk, where the once-presidential Bush family spends their summers. Camden, a couple hours drive north, certainly doesn’t skimp on classic New England charm with its world-class cultural scene, offering lovely and rustic dining. Soak in history and allure with a leisurely stroll along beautiful 19th-century homes lining the High Street Historic District. Why else should Camden should be on a traveling bucket list? For book lovers, literary celebrities, like authors Richard Russo and David McCullough, have called Camden home. 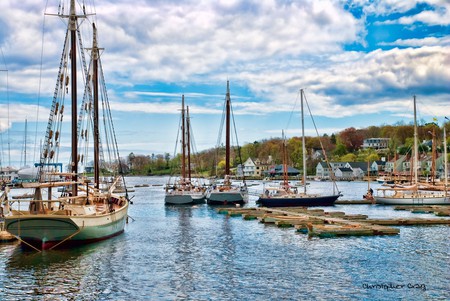 South Dakota tends to bring to mind cows and Mount Rushmore, yet this Midwestern state offers so much to see and do and is arguably one of the most beautifully made up states in the country—exploring the Black Hills will prove that to any Midwest skeptic, with scenery straight out of a National Geographic photo shoot. Caves, rivers, and mountains in the Black Hills will make the most traveled hiker and rock climber swoon, and nearby Devils Tower (a 1,000-foot, freestanding granite rock formation) shows just what nature is capable of. 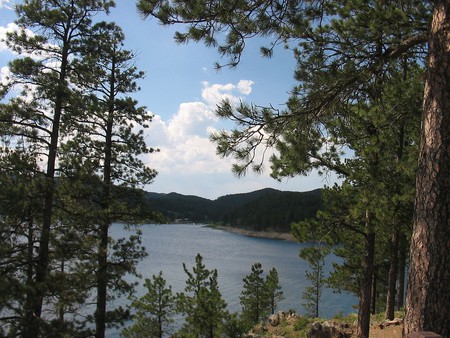 Barely a dot on the map of already underrated Utah, Springdale is a magical place to visit and is right outside Zion National Park. Its red rock formations are a true wonder for both hiking aficionados and casual strollers. The hiking scene here knows no bounds, and the entire state is also overall more affordable than its hipper neighbors, Colorado and New Mexico. So packing a bag and exploring Springdale is really a win-win. 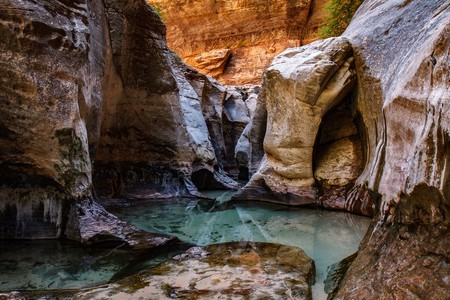 Northern New Mexico is full of history, majesty, and beauty. Taos, just north of Santa Fe, is where an abundance of character and wonder can be found, starting with the Enchanted Circle Byway, a magnificent and oft-overlooked route of beauty—driving through the hills and majestic rock formations is something that’s truly inspiring. Soaking in the natural Manby Hot Springs make for an adventure to remember, and touring the Earthship Community (a row of homes built out of recycled material) brings out the region’s own personality and offers an interesting insight into a community that wishes to honor the earth. 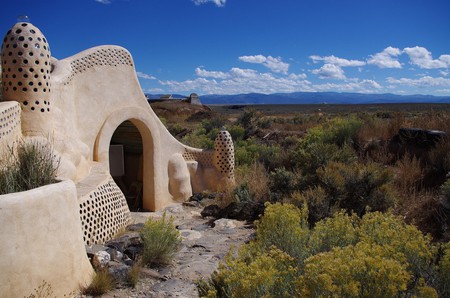 Underrated even in its own state, this southeastern town features sweeping mountain views and is practically a living historical landmark. The steep climb up Lookout Mountain was a favorite point among Confederate generals during the Civil War, and Tennessee Stillhouse was Chattanooga’s first legal distillery after Prohibition. No trip to Tennessee would be complete without whiskey (or some good barbecue for that matter). 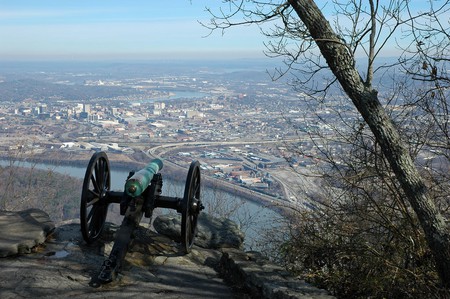 Considered part of the “Cape Cod of the Midwest,” Sturgeon Bay is a wonderful alternative to that Massachusetts tourist trap. This tiny community, squeezed in between Lake Michigan and Green Bay, has postcard-worthy waterfront views, plus the harbor and nearby waters make for fantastic fine dining you can’t get anywhere else. Even better, the entire county sits on about 2,500 acres of cherry orchards, so make sure to snag a bite of cherry pie. 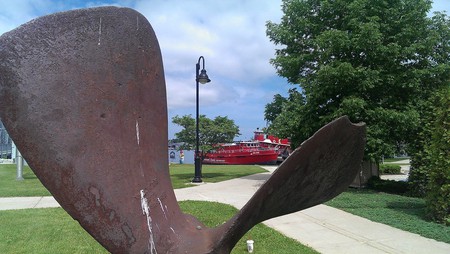 Vermont isn’t just for bed and breakfasts and nature walks. Burlington is quickly turning into the next hippie capital; that said, what makes Burlington special is its certain sophistication and class while still staying hip and relevant. Hiking the nearby Robert Frost Trail, marked with excerpts from Frost’s infamous poems, is an unforgettable experience. Burlington also keeps up an impressive food culture—it’s even the birthplace of Ben & Jerry’s Ice Cream. 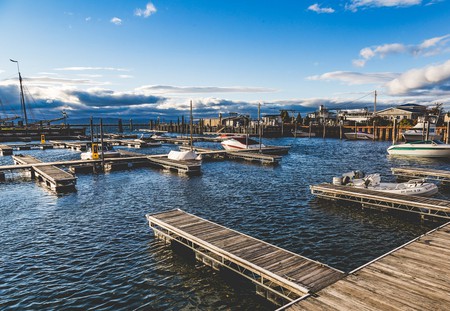 To see what the “Cowboy Capital of the World” is really all about, forget Austin and Dallas and head out to Texas Hill Country (the crossroads of West, Central, and East Texas ) for your next epic road trip. True Texas roadhouses all along this country region offer live music and iconic Texan fare, and Bandera has a real hitching post from historic, western times. For the real cowboy experience, Texas Hill Country must make your travel bucket list. 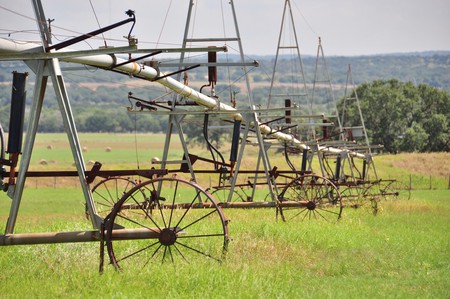 With quite literally everything desirable from a summer experience wrapped up a little village, Bellaire is the ultimate spot for a perfect Michigan summer. Downtown boasts a great culture scene, complete with tiny local shops, a one-screen theater, and nearby parks, not to mention Bellaire’s own Short’s Brewery. The Great Lakes are just around the corner, and smaller bodies of water chain themselves around the village, so this charming little spot is great for nature lovers. Visitors can just plop themselves into the middle of the water to experience the magic of this lakefront paradise, offering an immense amount of cabin and boat rentals. To complete your travels, book a stay at the historic Richardi House bed and breakfast, an exquisite place to rest your head at night. 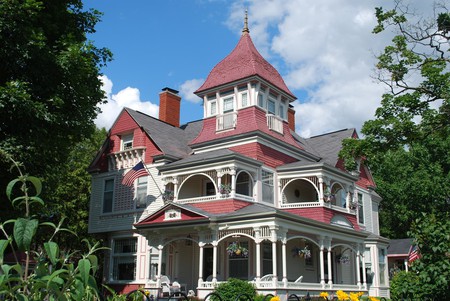 Oddly enough, this northwestern city has been given the stamp of approval by none other than celebrity personality Barbara Walters. But let the pristine water scenery convince you to plan your next trip to Coeur d’Alene, Idaho. Outdoor lovers flock here, with enough opportunities of swimming, fishing, and boating to last for months, as well as the “floating green” waterfront golf course. The city itself is a haven for shopping and dining, not to mention quirky pickleball courts located at the Stoneridge Lodge, a favorite place to stay among out-of-towners. 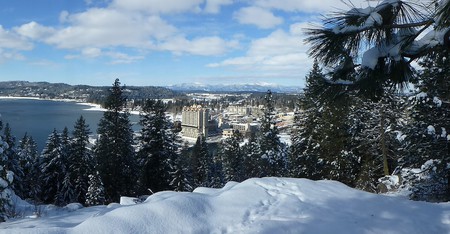 Just trying to get into Sitka, Alaska is a marvelous journey—the town takes up most of Baranof Island and is only accessible by sea or air. Under Russian rule until 1867, its sites and trails mark those historic times with beautiful totem poles inside Sitka National Historical Park. Because of Sitka’s unique positioning on the Pacific Ocean and its nearby freshwater rivers, water sports and activities are bountiful. The strong selection of shops, art galleries, and restaurants creates a perfect afternoon of strolling and window shopping in the lovely downtown area. 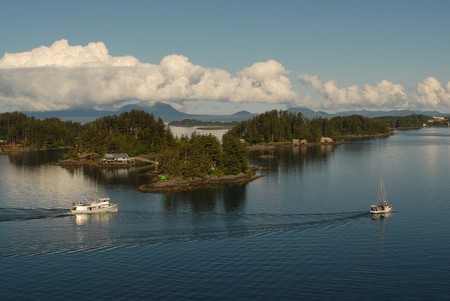 Throw the idea that West Virginia is anything but amazing to experience out the window. In particular, Morgantown is a metropolis of young people, booming nightlife, and a groundbreaking art scene. Streets are lined with art galleries, bars, wineries, and event venues. As it’s home to West Virginia University, the town is crawling with college kids trying to make a name for themselves. A young demographic means there’s always something happening and it’s bound to be interesting. 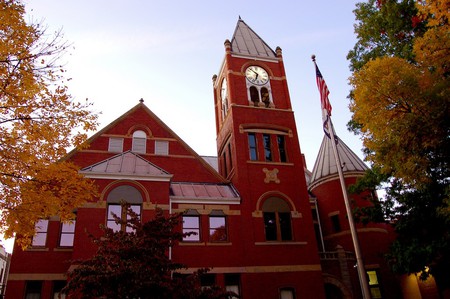 Travel up the Florida Keys and arrive in Islamorada—one of Florida’s hidden gems, a land of sophistication and world-class island experiences. This village has a much more laid-back feel compared to Key West, with plenty of art galleries and fine dining to immerse a polished palette in. Dive in for some of the best water sports around, both in the ocean and within the gulf, and have fun in an island nightlife you’ve only dreamed of, with honky-tonks and open beach bars. One special watering hole would be Morada Bay, which throws epic Full Moon parties. 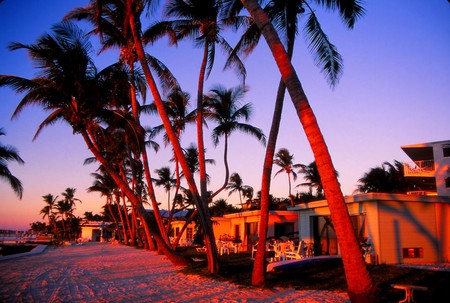 Looking for a cosmopolitan getaway? Believe it or not, Bentonville, the birthplace of Walmart, is the destination for it. The city has museum after museum: Crystal Bridges American Art, Native American History, Peel Mansion Museum, and The Walmart Museum, of course. Art galleries are spread far and wide in Bentonville, many of which can found in the lovely town square. When night falls, make sure to check out the notorious Buckyball, an amazing sculpture dazzling all who visit with lights and colors. The overall outdoorsy vibes of Bentonville creates the perfect combination of nature and culture. 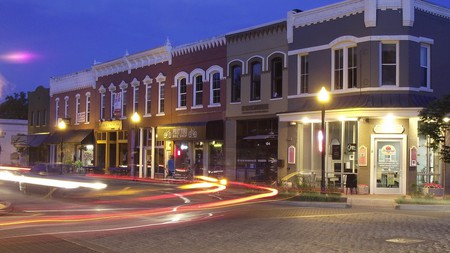 White sand beaches aren’t normally the first images that comes to mind when you think of Mississippi, but that’s exactly what you’ll find along the Mississippi Gulf Coast, with the longest stretch of man-made beaches in the world. Beyond that, the area’s extensive array of nightlife, delicious food, and art scenes will make any major city jealous. For a real treat, take a trip out to the barrier islands along the Mississippi Gulf Coast to feel like you’re on a Caribbean escape, minus the tourists. 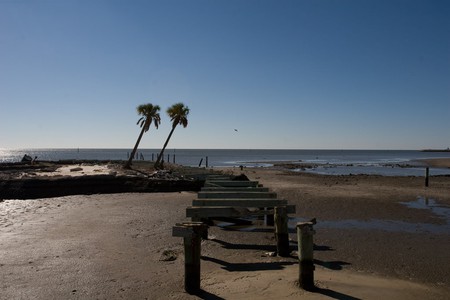 Colorado may be far from underrated destination, but sitting just outside Boulder is Nederland. Whether it be summer or the dead of winter, Nederland is home to some pretty epic outdoor activities and festivities put on by locals. For three days come March, the Frozen Dead Guy Days music festival features outrageous costumes, drinking, and an obstacle course with a coffin. Crazy? Yes. A guaranteed good time? Absolutely. 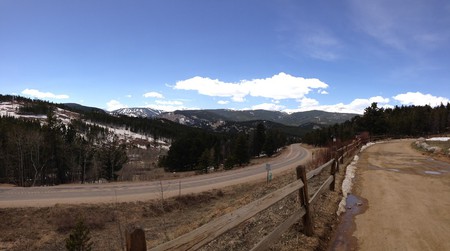 Calling all foodies—make sure to make a trip out to Louisville, Kentucky, where the food scene has been revamped in recent years. Once you’ve tried the local cuisine, why not walk off the calories by exploring Louisville’s museums, namely the Kentucky Museum of Art and Craft, or the beyond-interesting Speed Art Museum. Move over, Kentucky Derby; there’s more to this state than meets the eye, and its hub of underrated fascination is Louisville. 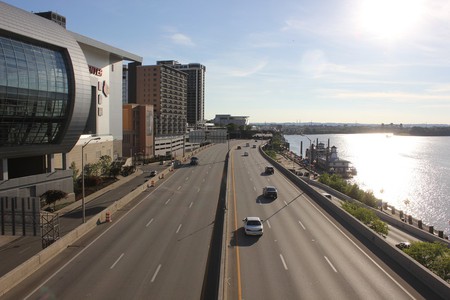 Sit back and relax during a stay in the secluded beach town of Nags Head, North Carolina, far better than any crowded East Coast shoreline. Stroll the trails of Nags Head Woods Preserve to bask in the scenic glory of the forests and marsh. For all those history buffs, Nags Head rivals even New England, as Lost Colony settlers made their way to the town’s Roanoke Island 30 years before the pilgrims landed on Plymouth Rock. If all that’s not enough to get here, then the seafood definitely is. Visit the annual Seafood Festival, with delicious seafood literally lined up for the picking, or gather your own dinner at top fishing spots, like Jennette’s Pier. Did we mention that some of the country’s best donuts are in Nags Head, too? Be sure to stop by Duck Donuts. 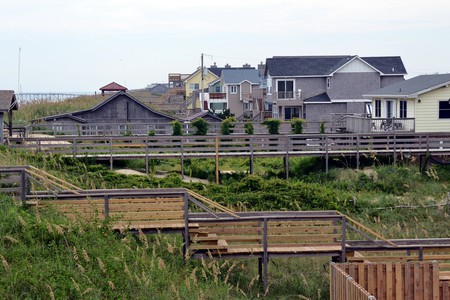