17 Reasons Why You Should Visit Seattle 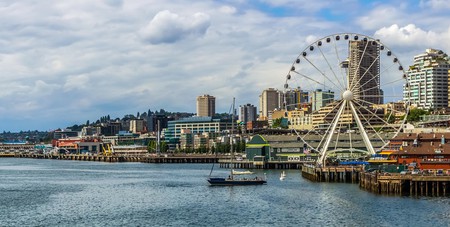 The Pacific Northwest is an enchanting region from which legends have sprung. In the pocket of the Puget Sound Lowlands, the city of Seattle has flourished, welcoming visitors and new residents. From city-specific opportunities to the majestic nature that thrives around it, here are the top reasons to visit the Emerald City. 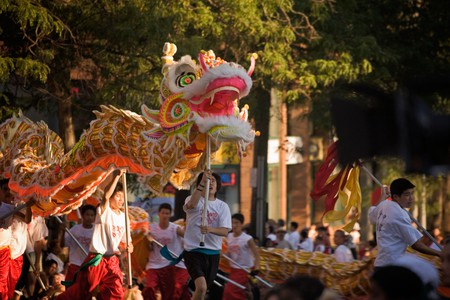 Seattle has access to mountains, ocean, a rainforest, desert, city, farmland, islands, and even a volcano. It’s well worth driving a few hours outside the city to explore the wilderness. 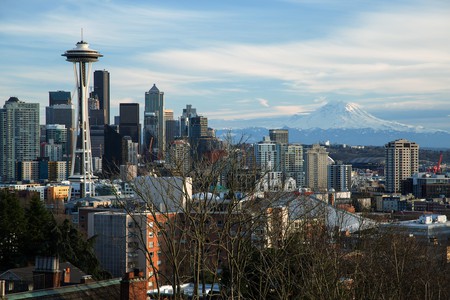 Since three-fourths of the year’s weather is dreary, Seattleites are that much more motivated to take advantage of outside activities when the weather allows. And when paired with the varied terrain described above, there’s something for everyone. Seattle is a wonder to visit if you like hiking, fishing, cross-country skiing, sailing or canoeing. 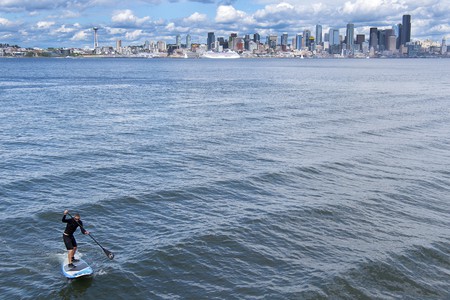 Seattle brought the world Microsoft, Starbucks, Amazon, Costco, Boeing, Nordstrom, Expedia, REI and Sub Pop Records (which brought the world Nirvana, Soundgarden and the Shins, to name a few). Come and explore the city that inspired world-class companies, and then go and find the original space in which each of these powerhouses began! 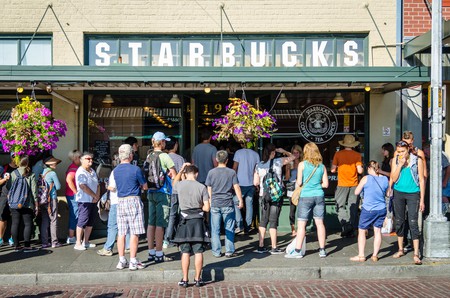 On a similar note, Seattle not only turned out entrepreneurial geniuses, but musical ones too. If you love Heart, Jimi Hendrix, Kenny G, Nirvana, Sir Mix-a-Lot, Pearl Jam, Macklemore, Chris Cornell, Death Cab for Cutie or Odesza, then you appreciate Seattle musicians. Seattle is one of the few cities that is solely credited with the birth of its own music genre: grunge. Not enticed yet? Then come for the current music performances. Seattle is on everyone’s list of top cities for live music. Go ahead, Google it. 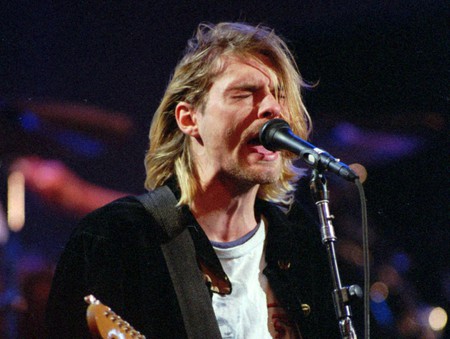 From Sleepless in Seattle to Twilight to An Officer and a Gentleman, Seattle has inspired (and provided the background for) a whole host of of films. You can check out Stadium High School in Tacoma (10 Things I Hate About You) or see landmarks featured in shows such as Frasier. And don’t forget Grey’s Anatomy! 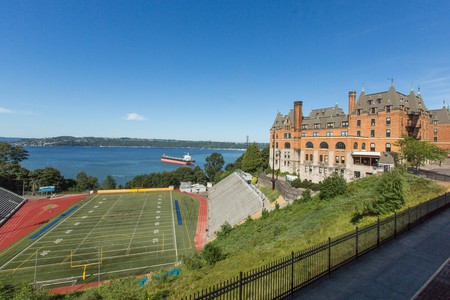 Other than the show-stopping Chihuly Garden and Glass, Seattle boasts almost 200 art galleries, five art museums (including SAM) and numerous public art projects scattered across the city. To help people discover all the city has to offer, The Office of Arts and Culture maintains a public-art app called STQRY, and local government provides downloadable maps. 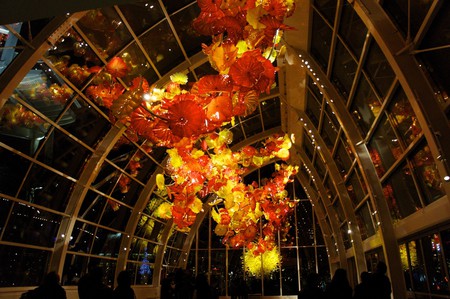 The San Juan Islands are the best place to spot whales, especially orcas. The largest of the San Juan Islands is actually named Orcas (pronounced ‘or-kiss’) Island. Keep your eyes peeled on a ferry across the Puget Sound or set up a proper whale-watching tour! 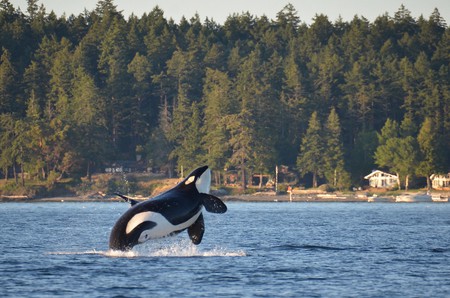 As of December 6, 2012, adult possession of marijuana became legal in the state of Washington. For some, that is reason enough to visit Seattle.

Seattle offers a variety of tourist sites you won’t find anywhere else, including the Space Needle, Pike Place Market, the Gum Wall, the Ballard Locks and the Fremont Troll. 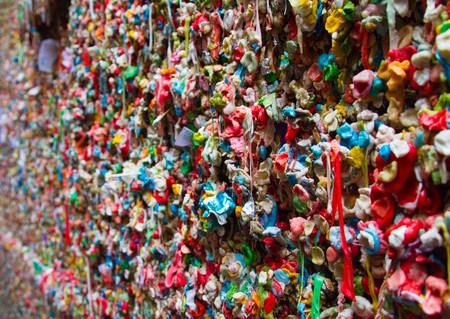 Seattle is a full-on city with skyscrapers and bumper-to-bumper traffic sandwiched between the salty Puget Sound, the Olympic Mountains to the west and the Cascade Mountains beyond Lake Washington to the east. From either side, you’ll catch a sleek city skyline squeezing into the glory that is the Pacific Northwest. This is ‘breathtaking’ redefined. 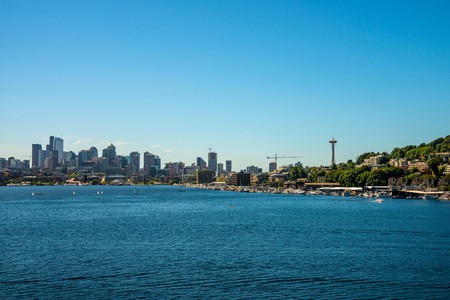 The Evergreen State works very hard to stay, well, evergreen. Besides, it’s difficult not to think about the environment when Mount Rainier takes up your rear-view mirror on the way to work every day. Seattle’s electric utility, Seattle City Light, was the first in the US to become carbon neutral. Over the past 25 years, recycling by Seattleites saved over three million metric tons of greenhouse gas emissions. In 2012, single-family households recycled nearly 70 percent of their waste. Seattle is one of five cities in the nation in which more than half of the commuters don’t drive to work solo.

It would be very unusual to be a first-time Seattle tourist and not go to the Seattle Center. Originally designed, along with the Space Needle, for the 1962 World Fair, it has remained a relevant and prominent Seattle spot. The center houses two professional sports teams: the Seattle Storm and the Seattle Reign. Both Bumbershoot and the Seattle International Film Festival take place on its campus. It is best known, however, for the Space Needle, Seattle Monorail, Chihuly Garden and Glass, the Museum of Pop Culture (formerly the Experience Music Project) and the Pacific Science Center. 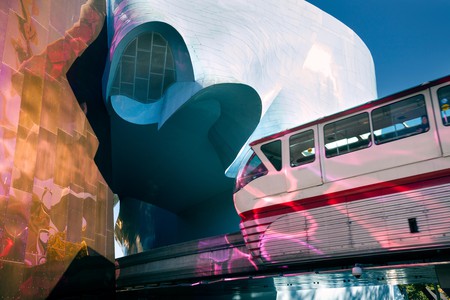 The Monorail entering the tunnel through the Museum Of Pop Culture located at the Seattle Center. | © Images By T.O.K. / Alamy Stock Photo 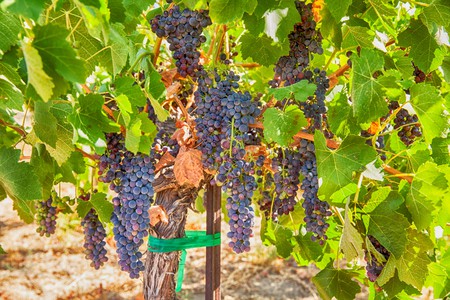 The Seattle Aquarium and Woodland Park Zoo lead the city of Seattle by example. The aquarium is recognized for its community outreach and mission to support marine conservation. The zoo, founded in 1899, has been awarded for its education programs, conservation efforts and sustainable operations. 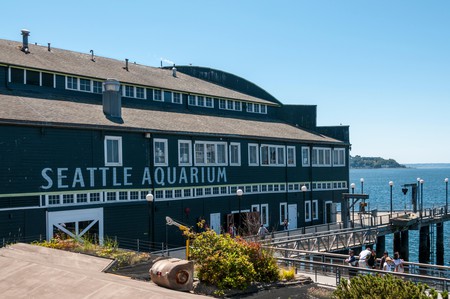 Being on the coast, Seattle has the best seafood. Salmon, oysters, tuna – if you name it, it’s better in Seattle. And that includes chowder (step aside, New England). More into turf than surf? Dick’s Drive-In has got your back. Not into meat or fish? Washington State produces approximately 60 percent of apples for consumption in the US, and they are darn delicious. 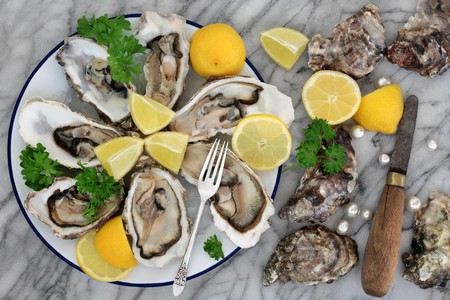 Last but certainly not least, visit Seattle for the history. The city was founded in 1851 and named after Chief Seattle, the chief of the Suquamish and Duwamish Native American tribes, who forged a relationship with the settlers. A few decades later, the Great Seattle Fire of 1889 tore it down. The city’s people, while rebuilding, developed a network of underground tunnels, so be sure to take the Underground Tour. 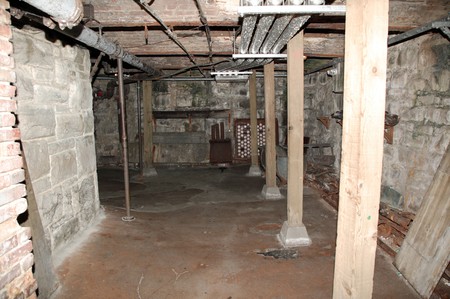 This passageway was once at street level, it now forms part of the Seattle underground tour | © John Gaffen 2 / Alamy Stock Photo
Give us feedback