15 of the Trippiest Sights in the US 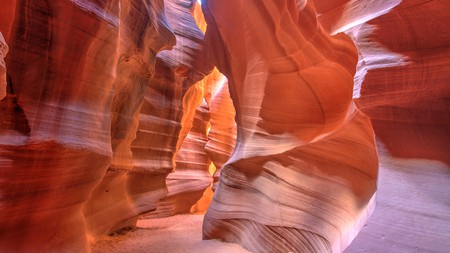 Mother Nature has always had a knack for astonishing us. Whether it’s the majestic mountains towering high above the clouds, vast forests painted green with moss or underground caves studded with Earth’s crystals, the most grandiose expressions of untamed beauty and awe are those created by our planet. Surreal and mind-boggling, here are America’s wildest sights.

In the Coyote Buttes of the Colorado Plateau, the Wave is well known to esteemed hikers and photographers. Although fragile, this rock formation is open to those who want to explore its rolling “waves” of colorful sandstone. A permit is required. 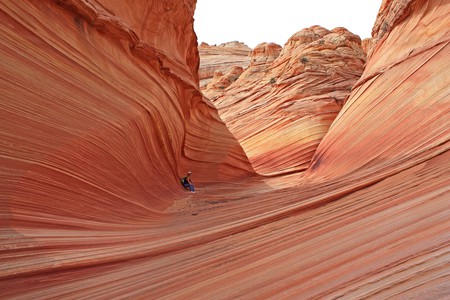 Formed by glacial melt in Alaska, the Mendenhall Glacier ice cave is reachable by kayak, after which you must ice climb to the entrance of the partially hollowed-out glacier. Once inside, you’ll find shimmering blue walls – an otherworldly vision, but a testament to our rapidly changing climate. 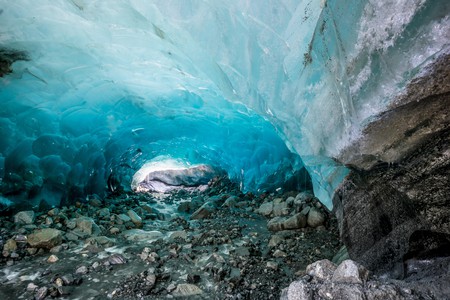 The Bonneville Salt Flats were once covered by the ancient Lake Bonneville. Although the flats still flood occasionally, the area is marked by miles of white salt and strangely flat terrain known for its reflections of the cloud-studded skies above. The site in Utah is the preferred location for daredevil racers trying to break the world land-speed record. 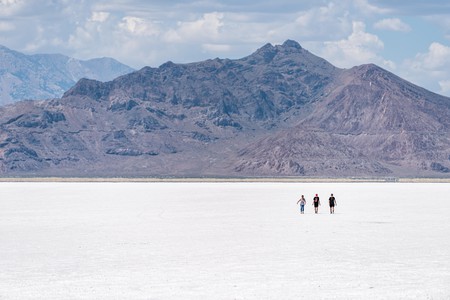 The sandstone walls of Antelope Canyon were formed by thousands of years of erosion – mostly due to flash flooding. As rainwater rushes down the basin, it picks up sand and debris, entering the various passageways and carving the undulating shapes that are visible today. 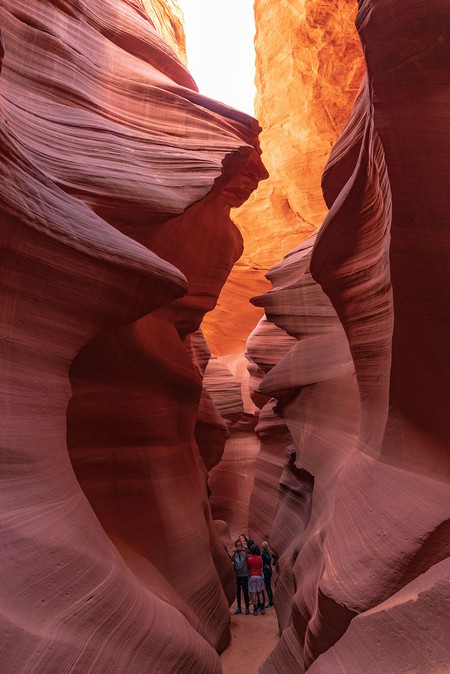 The Grand Prismatic Spring is the largest hot spring in the US and the third-largest one in the world. But it isn’t the hot spring’s size that is remarkable – it’s the various colors it exhibits that make it a trippy sight to behold. There are also many other reasons to visit Yellowstone National Park, which is where you’ll find this geological wonder. 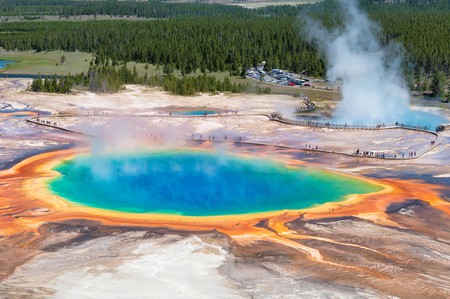 Carved into the Texan landscape 23mi (37km) outside Austin is the Hamilton Pool Preserve – a natural pool created by a collapsed underground river thousands of years ago. Swim, sunbathe or bask in its natural charm. 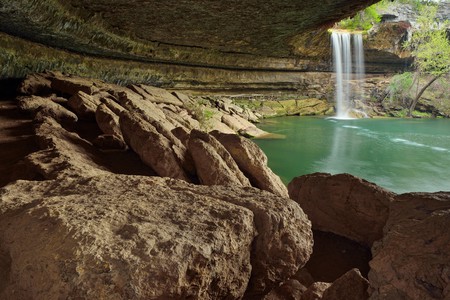 Sheriff William O Smith planted this banyan tree in Lahaina after receiving it as a gift from missionaries in India. Planted in 1873 when it was just 8ft (2m) tall, it has grown to a whopping 60ft (18m) – among the largest trees of its kind in the US. In addition to the main trunk, it has 16 major trunks, and its canopy spreads over half an acre (0.2ha). 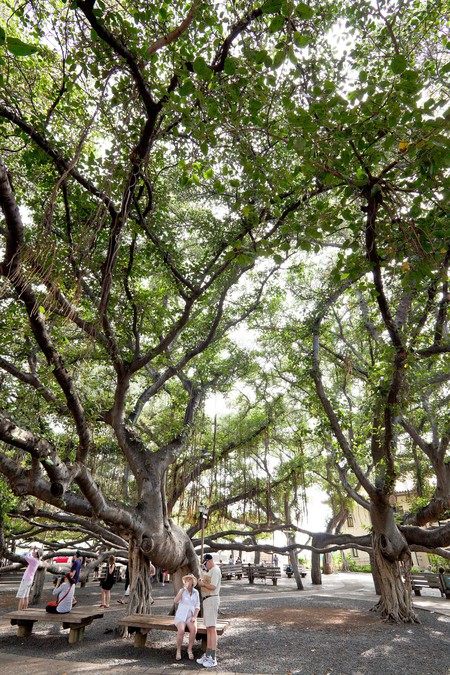 Within Canyonlands National Park, find a dramatic desert landscape carved by the Colorado River. The remote canyons of the Maze, the least accessible district of the park, are strikingly beautiful and largely untamed, characterized by miles of winding walls.

The Mojave Desert, stretching across 47,000sqmi (121,729sqkm) of arid lands, is the driest desert in North America. Kelso Dunes, the largest area of aeolian sand deposits in the Mojave, is ideal for sandboarding, off-roading or photoshoots. 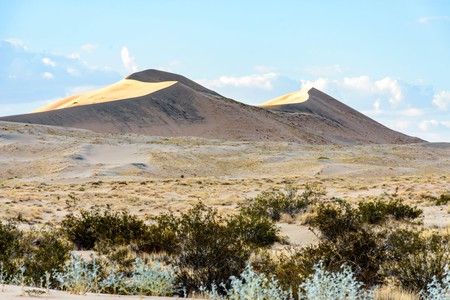 Devils Tower, a solitary rock formation rising 1,267ft (386m) into the air, was America’s first national monument. The stump-shaped igneous rock is climbable, but many Native American tribes – including the Lakota – hold this structure as sacred, with ancient legends aplenty surrounding the tower. It has featured in countless Hollywood movies and was once closely associated with cinematic cowboy adventures. 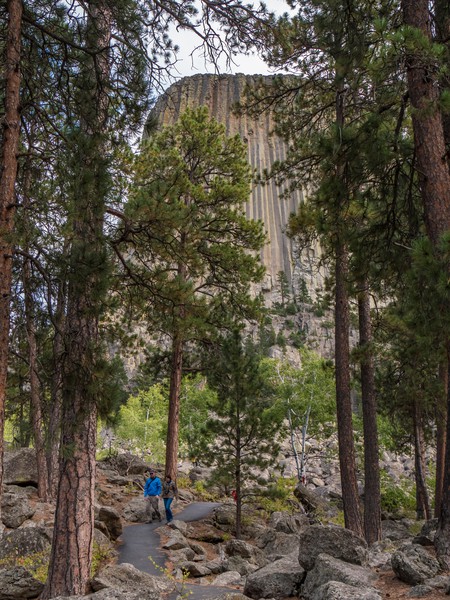 Deep within the Carlsbad Caverns National Park are more than 100 underground caves, where stalactites are found magically clinging to the roof. The caverns’ chromatic limestone walls and underground chambers combine to make the Chihuahuan Desert something spectacular. 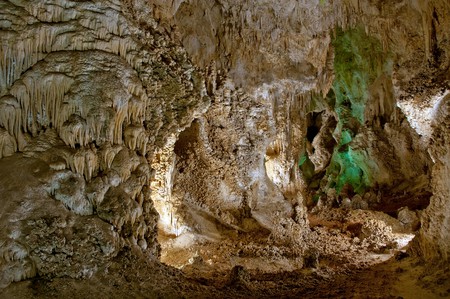 Just outside Grand Canyon National Park, this horseshoe-shaped bend in the Colorado River is defined by emerald waters and vivid mineral-rich canyon walls. It’s accessible via a long hike if you want to get close to it, but you’ll find the best views from the clifftops just off Route 89. 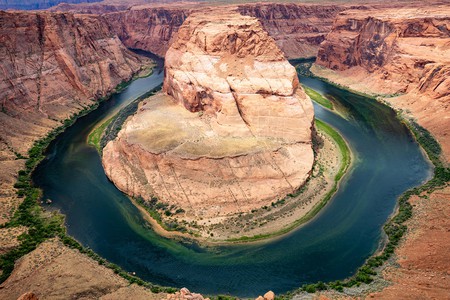 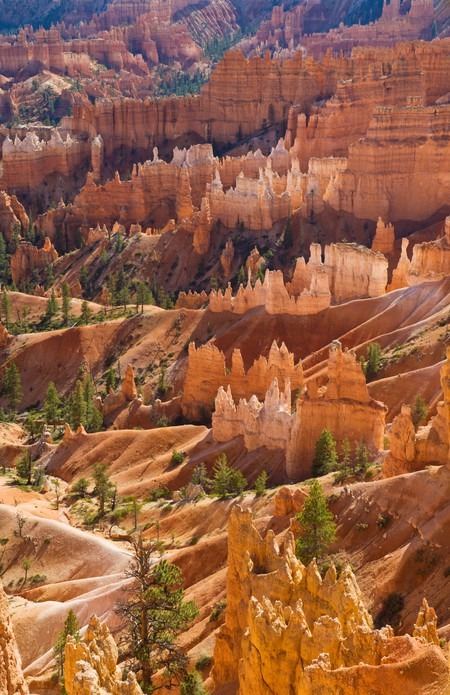 Upon entering Sequoia National Park, you’ll drive through the Tunnel Log – a toppled tree carved out to allow passage. Within the park, you’ll find the Giant Forest, home to five of the 10 largest trees in the world, including the biggest and most famous of the bunch, the General Sherman Tree. 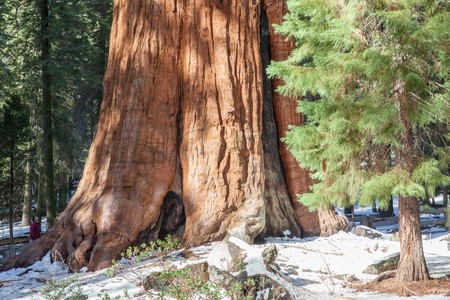 This state park covers more than 6,000 acres (2,428ha) on the oldest inhabited Hawaiian island, Kaua‘i. However, the rugged coastline – strikingly beautiful – resembles cliffs of a Jurassic age more than that of a tropical destination. 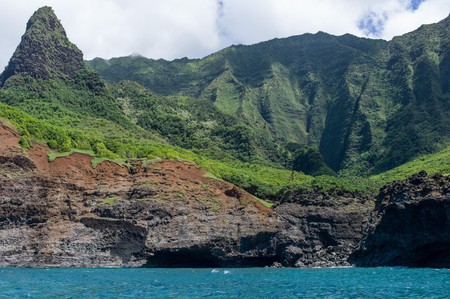