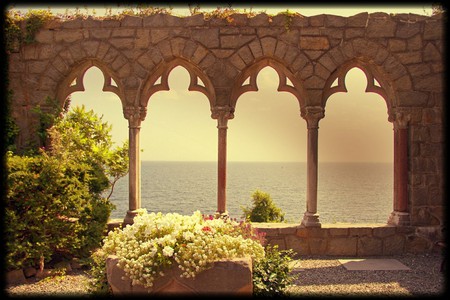 Game of Thrones generally films in Croatia, Iceland, Spain, and Northern Ireland—but that doesn’t mean that there aren’t parts of the States that recall some of the wonder of Westeros. What the country seemingly lacks in castles, battlements, and courtyards, it makes up for in natural wonders and roadside attractions that bridge the gap between the old world and the new. Below are 15 stateside wonders of the world that would be at home in George R.R. Martin’s fantasy realm, and where you can sample some of the epic feel of King’s Landing, Castle Black, and Essos without having to pass through customs in the bargain.

The Shrine of the Grotto of the Redemption

This grotto, located in West Bend, Iowa, is constructed from materials ranging from sea shells and costume jewelry totaling an estimated $4,308,000 in precious stones and minerals. Like an outpost of the old gods, the Grotto of the Redemption feels like something Daenerys and Jorah might encounter in the wastelands of Essos. 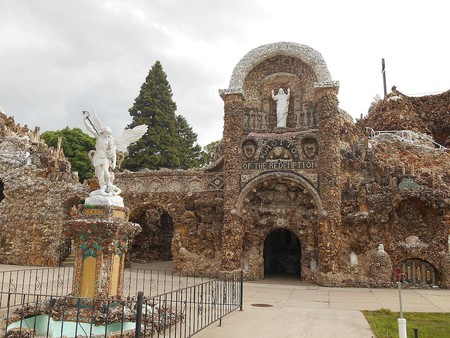 This Biscayne Bay villa is a frequent film location that could easily pass for a Dornish castle. Located in the Coconut Grove neighborhood in Miami, Florida, visitors can enjoy Renaissance gardens and the baroque architecture assembled by one-time owner James Deering. 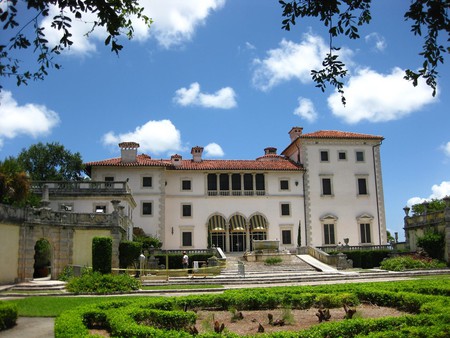 A double cascade of water bathes this Corbett, Oregon outcropping, the fourth tallest waterfall in the United States, and a dead ringer for the spring where Missandei and the Unsullied bathe between campaigns. There’s also an underground spring, which sounds like someplace you’d find the Three-Eyed Raven. 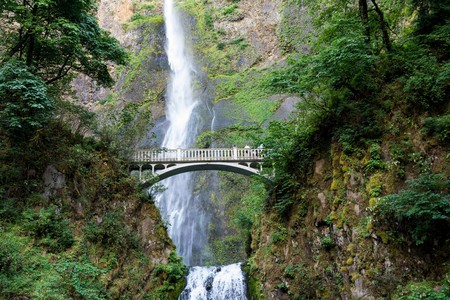 The McConkie Ranch in Vernal, Utah is home to astonishing rock art that is at least 800 years old. If these petroglyphs remind you of the inscriptions Jon Snow found beneath Dragonstone, you’re not alone. 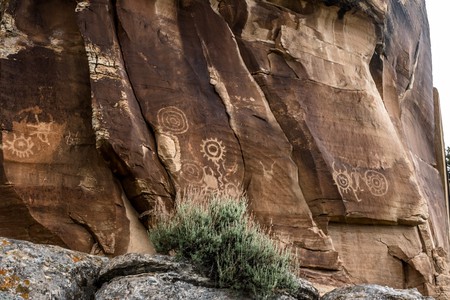 Sixty-five storys deep, the crypt of Winterfell has nothing on this Hutchingson, Kansas salt mine—known as Strataca—which stretches into New Mexico and is home to a 250 million-year-old salt crystal, in which scientists discovered a living bacterium lying dormant in 1998—much like Cersei Lannister’s fateful discovery the Wildfire reserves beneath the Great Sept of Baelor. 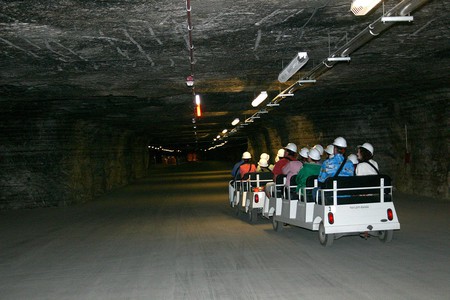 The Abbey of New Clairvaux

A little taste of King’s Landing in Vina, California, the Abbey of New Clairvaux was a 12th century Trappist monastery whose stones were painstakingly moved from Madrid by William Randolph Hearst, only to be left in crates in Golden Gate Park for decades before finally being reconstructed. 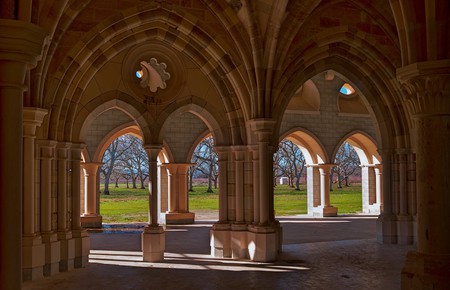 A ruined castle that could pass for Riverrun, you may have seen Bannerman Castle along the Hudson if you’ve ever taken a train to Upstate New York. Built as an arsenal by a Scotch-American munitions merchant, the castle was largely destroyed by fire in 1969. 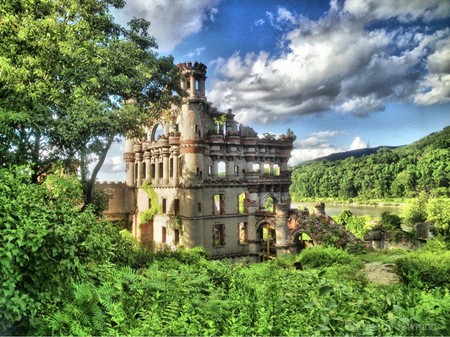 Another stately American castle, this one with more of a Braavos flavor, Hammond Castle in Gloucester, Massachusetts was constructed by eccentric American inventor John Hays Hammond Jr. as his personal laboratory. 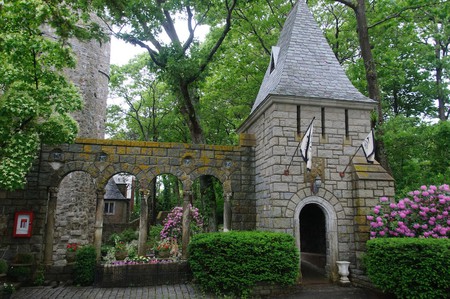 The drafty halls of Dragonstone, once Stannis Baratheon’s set of power and now Daenery’s base of operations, have nothing on Saint John’s Abbey in Collegeville, Minnesota, whose stark beauty is matched by its fascinating backstory. Built by Benedictine monks and still functioning under the current abbot, Father John Klassen, it is the largest monastery of its kind in the Western Hemisphere. 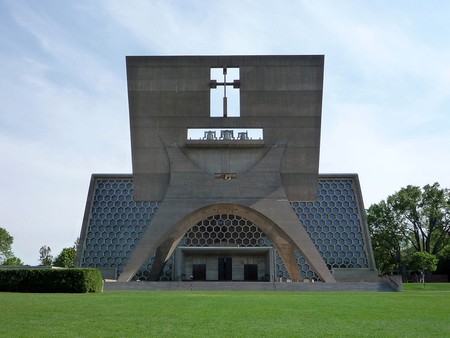 The wondrous rose garden of the Filoli country house in Woodside, California is as close as you can get to Highgarden—formerly presided over by Olenna Tyrell—in the United States, and there’s much less chance of being roasted alive by a dragon during the journey 25 miles from San Francisco. 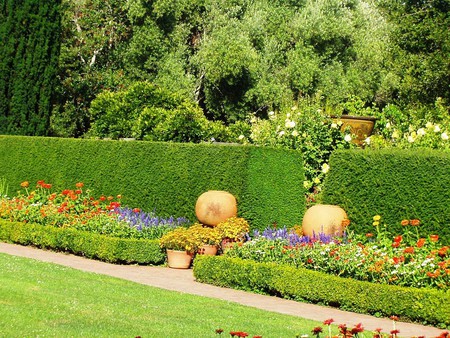 The astounding Grand Canyon Village in Arizona services visitors to the country’s most famous national park, while the makeshift city’s hotels and stunning vistas recall the Eyrie of the Vale, where the scheming and paranoid Lysa Arryn met her death after being pushed out the moon door by her co-conspirator Petyr Baelish. 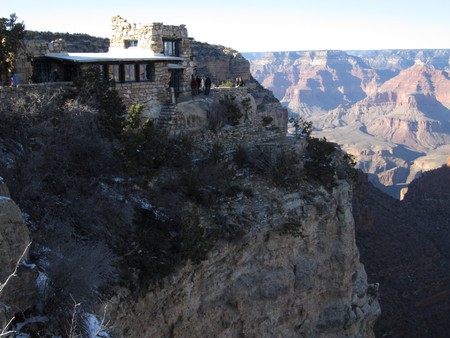 One of the inspirations behind Meereen, the Ennis House in Los Angeles, California probably looks familiar. That’s because, since being built by Frank Lloyd Wright in 1924, it has been constantly used in films from David Lynch’s Mulholland Drive to Ridley Scott’s Blade Runner. 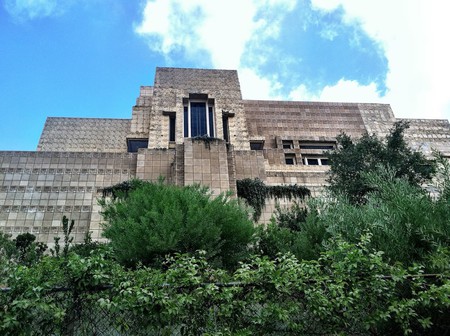 The highest mountain in North America mixes taiga and tundra for more than six million acres, where the free folk and Mance Rayder would surely feel at home. You’re truly beyond the Wall by the time you reach the Kahiltna Glacier, where a legion of zombies could well be marshaling for invasion at this very moment. 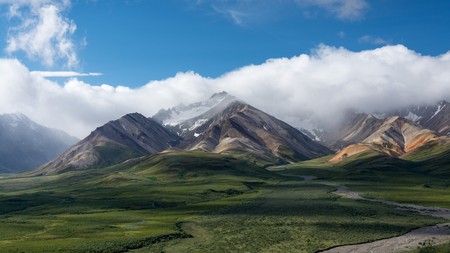 Billed as the “oldest living thing” in North America, this real-life weirwood tree is located just north of the Long Island Expressway, in Alley Pond Park, New York. A gift from the Dutch West Indies Company to Manhattan pioneers, the tulip tree is estimated to be between 350 and 400 years old.