14 Mouth-Watering Desserts From the Southern States

The South is known for its decadent desserts full of rich flavors. While many of the desserts are variations of recipes belonging to early settlers, Southerners have made these treats their own. From velvety cakes to creamy puddings to tangy pies and more, there is something for every sweet tooth on this list of great desserts from the Southern states. 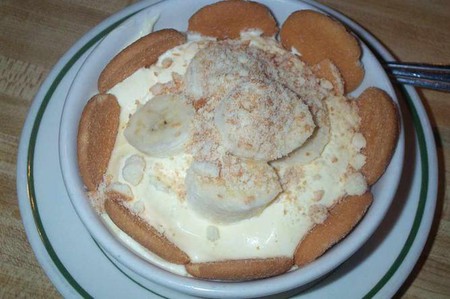 While not distinctly Southern, banana pudding has become a popular dessert associated with the South since the mid-1900s. Indeed, there is the National Banana Pudding Festival held in Tennessee every year celebrating this treat. Creamy vanilla custard is featured along with sliced bananas and cookies plus topped with either freshly whipped cream or meringue. An easy sweet delight to put together, this pudding is often a favored dessert for large gatherings of family and friends. 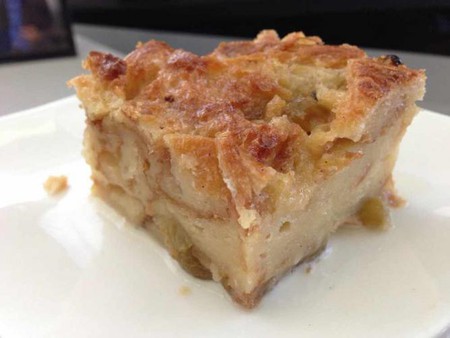 With its history dating back to the 11th century, when cooks wanted to use up stale bread, and is popular throughout various parts of the world, including the Southern states of the USA. Featuring leftover bread soaked in a custard mixture, the pudding also has mix-ins, including raisins or other fruit, all of which is baked together. A warm, flavorful sauce, which can be anything from a creamy vanilla sauce to a bourbon sauce, is then spooned over the warm pudding, creating a comforting confection. 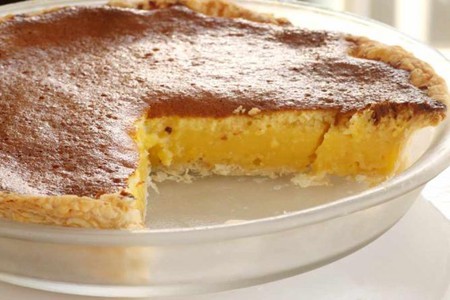 There are many stories about chess pie, but there is no settled upon history for this very rich Southern dessert. However, one thing is for sure: this is the perfect choice for those dessert lovers who have a craving for something very sweet. A custard-based pie with a caramelized top made with simple, everyday ingredients, including butter, sugar, eggs, along with flour or cornmeal, bakers will also sometimes add buttermilk, vinegar, or lemon to balance out the sweetness. 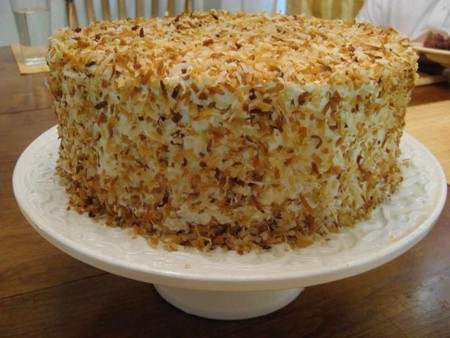 Decadent cakes are another popular dessert found throughout the Southern states, but they are not regular sheet cakes. The South is known for their elaborate, multi-layer cakes featuring some type of mouthwatering filling between each cake layer. One great option is the coconut layer cake, which features several layers of cake often infused with coconut flavoring (usually coconut milk) with a coconut filling between each layer, all of which is then covered in creamy frosting and more coconut.

Provided by Mrs. L.H. Wiggins of Greensboro, North Carolina, the recipe for the hummingbird cake was first published in Southern Living magazine in 1978 and is its most requested recipe. A delightful Southern dessert, this delectable, moist confection features multiple layers of cake made with ripe bananas, pineapple, and pecans all covered with a sweet cream cheese frosting. Over the years, people have adapted the recipe to suit their tastes with some bakers also adding coconut or some turning the iconic treat into pancakes.

An iconic dessert with its roots in Key West, Florida, key lime pie is a great choice for anyone looking for something tart. As with many recipes, the history is a bit vague, with some attributing it to local fisherman while others believing ‘Aunt Sally’, a cook who worked at the historic Curry Mansion in the late 1800s, created it. One thing is certain, this pale yellow pie is delicious with its combination of key lime juice, eggs, and condensed milk all in a pastry or graham cracker crust.

A traditional Southern dessert for over 100 years, Lane Cake is a boozy layer cake created by Alabamian Emma Rylander Lane in the late-1800s. Also mentioned in To Kill a Mockingbird, this tasty treat features several white sponge cakes layered with a filling of egg yolks, sugar, butter, raisins, plus bourbon or brandy and covered with icing. Over the years, bakers have adapted the recipe to make it their own by adding other ingredients such as coconut, pineapple, and pecans.

When the word ‘icebox’ is in a recipe, it is a given that it will be a great summertime treat, as little to no baking is required. Lemon icebox pie is one of these great desserts that can often set in the refrigerator rather than a hot oven. Similar to the key lime pie, this pie features a tangy lemon filling made with lemon juice and other ingredients such as condensed milk, cream cheese, and egg yolks, although they vary from recipe to recipe. 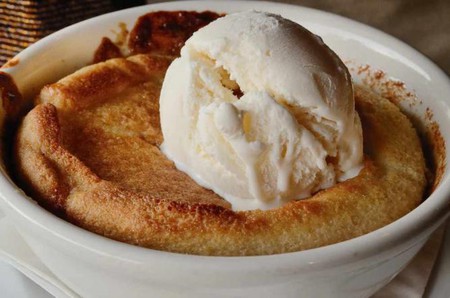 The delicious, warm cobbler is a tasty dessert that is great with any seasonal fruit, including the juicy peaches from the state of Georgia. Derived from recipes from early settlers, the peach cobbler is a deep-dish sweet treat brimming with fruit topped with some type of crust with a popular one being a biscuit topping. Best served warm, the deliciousness of peach cobbler is often enhanced by vanilla ice cream, creating a wonderful summer dessert. 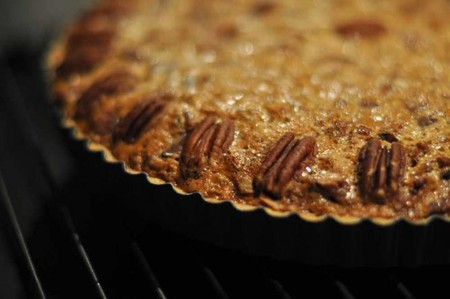 While pecan pie is a classic Southern dessert, the history behind it is unclear at best. One theory is that Native Americans introduced pecans to French immigrants who in turn incorporated them into their recipes while another belief is that the Karo company created it to promote their corn syrup. Either way, this sweet, nutty combination of pecans, corn syrup, and sugar in a delicious buttery crust will satisfy anyone with a major sweet tooth. 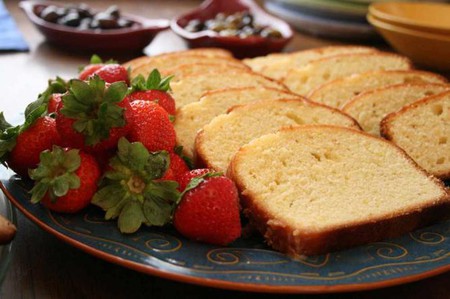 The pound cake is a very rich, dense, buttery confection that dates back to the 1700s. British in origin, the dessert, while popular all over, is a favored selection throughout the Southern states. Original recipes call for one pound each of butter, sugar, eggs, and flour, hence the name ‘pound cake’; however, many contemporary recipes have been altered to create a lighter cake. Often baked in a loaf or bundt pan, pound cakes are sometimes dusted with a bit of powdered sugar or topped with a light glaze. 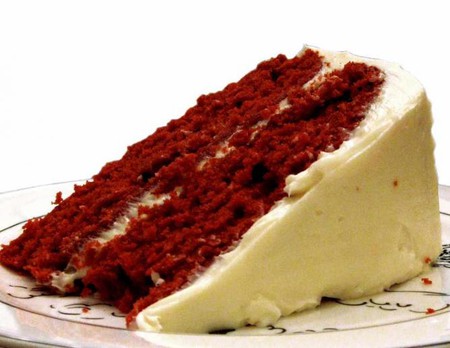 While red velvet everything, from cake to cupcakes to pancakes and more, can be found everywhere, red velvet cake is another popular Southern dessert. The history of this cake is a mystery, with some people saying it originated in New York City, while others believe it was created during the Civil War. Whatever its true history, red velvet cake is noted for its red coloring, which varies from a brownish-red hue to a bright red color, subtle chocolate flavor, and luscious cream cheese frosting. 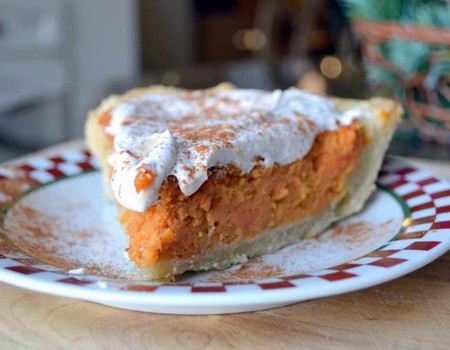 Sweet potato pie has a rich history, with the first known recipe written by former slave Abby Fisher. Similar to pumpkin pie, this pie is a tantalizing dessert seen on Thanksgiving tables throughout the Southern states. Cooked, mashed sweet potatoes are combined with spices such as nutmeg and cinnamon along with sugar, eggs, milk, and butter to create a velvety, smooth mixture that is poured into a pie shell and baked.

Often found in Southern Louisiana, Tarte à la Bouillie is a classic Cajun dessert sure to satisfy anyone with a sweet craving. Starting with a sweet dough base, luscious custard filling made with ingredients that are easily accessible, including eggs, milk, sugar, and vanilla extract, is poured into the shell and baked until set. While some tarts are topped with a lattice, others are not. Tarte à la Bouillie oftentimes features fruit as well, including blackberries.