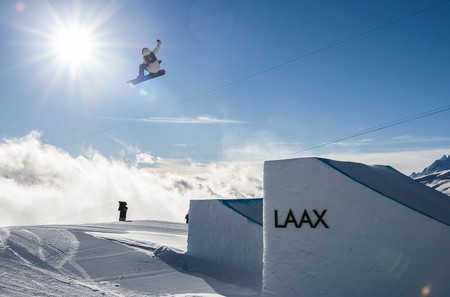 On slopes, seas and mountain tops, there are athletes who risk it all for the sake of their sport. Culture Trip picks out the athletes you need on your Instagram feed.

BASE jumper, skydiver, paraglider, speedflyer and wingsuit flyer, Marshall Miller will try his hand at most things. His video ‘Superior Speed Fly’ has racked up over 1.5 million views on Vimeo.

Good friends having a good time – These trips are the best! #BombsAway #GoPro

The Hawaiian surfer, who has competed on the ASP World Tour, has an Instagram feed that features the most stunning beaches and surf locations in the world. She was immortalised in Soul Surfer, the film about her friend Bethany Hamilton who lost her arm in a shark attack.

A Colorado native, LeRoy found his way into kiteboarding over a decade ago, via all manner of outdoor sports while growing up in the mountains. He has been named World Kiteboarder Of The Year and campaigns to get kiteboarding accepted into the Olympics.

Feeling grateful to be back in the ocean even if it's just shooting photos. 😇 Captured my good friends @wavelengthimages getting the shot of rider: @mark_miedama #cabrinhakites #gopro #kitesurfing #kiteboarding #letskitesurf #npsurf

‘Mofo’, as her friends call her, hails from Quebec in Canada and is a freestyle snowboarder. Having grown up close to Mount Éboulements, Roy has spent her life honing her skills on the slopes, and the results are spectacular.

It's all downhill from here they said. pic: @jaybeyerimaging from the new @patagonia_snow Catalogue ❄️🙌❄️

Kiteboarding in the Caribbean sounds like a pretty idyllic way of living life, and it’s Jake Kelsick’s reality. Travelling the entire world, he makes a conscious effort to document his pursuits and create plenty of content along the way.

Catanzaro is probably most known for becoming the first female to qualify for the finals of American Ninja Warrior. A gymnast who competed at college, she’s gone on to make a career out of obstacle competing, picking up the name ‘Mighty Kacy’ along the way.

I love being around awesome athletes that push each other to test their limits! I was so happy to get this #lache at @slingshotplay 🙃 Thank you #Ninjas for the constant challenge and support! (Yes, my face almost hit.. I just really wanted to make sure I caught it) haha 🙈

Semenuk is a freeride mountain biker who was riding in competitions from as young as nine. The Canadian is also a three-time Freeride Mountain Bike World Tour gold medalist and four-time Red Bull Joyride winner.

The Californian grew up wakeboarding along with her brothers, and today focuses on promoting females within the sport. Marquardt began competing at 15, and when the winter rolls in, she swaps her wakeboard for snowboarding and skiing.

Throwin back to one of my favorite places, Board setup, and favorite crew 📸 @rodrigosnaps

Winner of the Freestyle Motocross World Championship in 2002 when he just 18, Adams has been a staple on the motocross scene for most of the 21st century. In 2010 he became the first rider to become double Red Bull X-Fighters champion.

If you want spectacular scenery, gorgeous weather and and the very best of the natural world, you could do a lot worse than following Gaby James on Instagram. Seemingly always hanging off a cliff face or scaling a mountain top, she is an adventurer for all seasons.

When it's February in the alpine, a new year, your graced with a rock climbing day and it actually rains on you. Here's to Mother Earth and keeping up her jokes by raining everytime we get on rock. You funny Earth, you funny 🙄🙄@gopro #goprogirl

Take one look through Holmes’ feed and you’ll immediately appreciate why he’s worked as a stunt man. On top of that, he’s also a professional wingsuit pilot and skier. Fans of winter sports in particular will love his content.

A Winter Olympics gold medallist, Anderson won the the inaugural slopestyle event in Sochi in 2014, to adding to the gold she already had from the Winter X Games. Growing up, Anderson was homeschooled, allowing her to spend as much time in the mountains as possible.

Shout out to @nineknights 🙏🙏🙏 what a set up!

A BASE jumper and skydiver, like JT Holmes above, Marie balances her extreme sports with stunt work in the media. She travels the world as much as she can, enjoying it by board, bike or backpack.

Having first picked up a bike at the age of four, Chase has now been riding professionally for two decades, and has continued riding to his full potential despite breaking his back in 2007. GoPro was made for people like Chase.