Many homes possess a selection of cookbooks, perhaps for cupcakes, dinner parties, or even for unusual foreign cuisine. However, we’ve compiled this list of quirky and unusual cookbooks for those looking to really rock the boat. 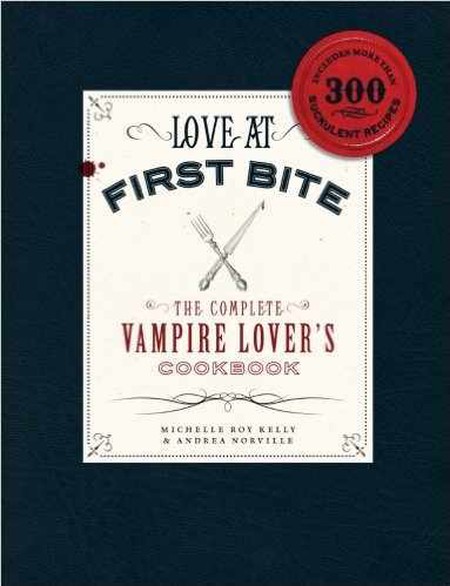 Although written primarily for the target audience of Twilight fans, this cookbook is perfect for Halloween parties, themed dinner parties or those who simply love everything vampire. The recipes are mostly easy to make. Each contains an interesting fact related to vampire myths and legends – not just restricted to Twilight, but also Count Dracula, ‘real life’ vampires, and even Count Von Count of Sesame Street. 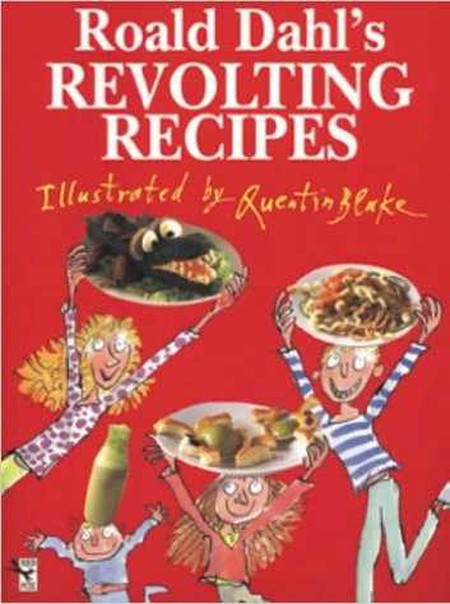 An ideal gift for kids, Roald Dahl’s Revolting Recipes features dishes such as fresh mudburgers, George’s marvelous medicine chicken soup, and lickable wallpaper. The book is illustrated by Quentin Blake, which makes it recognizably a Roald Dahl-inspired creation. Recipes based on real dishes or foods featured in his books takes children into the strange worlds that he created. Although the recipes are based on fictional creations, in reality the cookbook contains some tasty dishes. 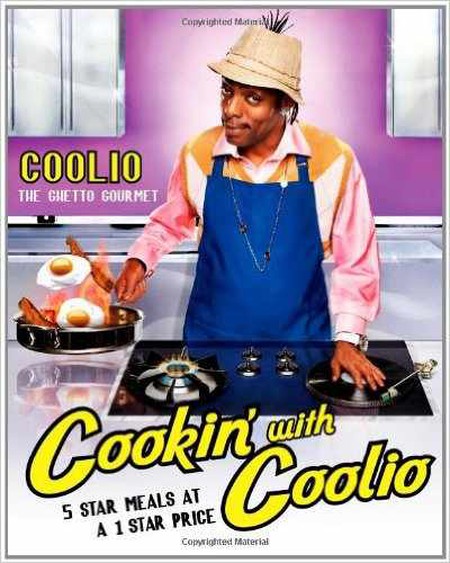 Cookin’ With Coolio is written by the famous rapper himself, and includes recipes from ‘ghetto gourmet’ cuisine. Although the premise is fun, in fact Coolio has been cooking for most of his life and is a skilled chef. This comes from when he was growing up and had to create filling and nutritious meals based on a limited budget. He now runs his own catering business. The cookbook features chapters such as ‘Pimpin’ The Poultry’ and ‘Pasta Like A Rasta,’ with enticing recipes including Bacon-Rap’d Scallops and What’s The Beef? casserole.

This e-cookbook is actually not as traumatic as it might sound; testicles are a legitimate food source in a number of places across the world, and can be surprisingly healthy and tasty. Once cooks can get past the basic ingredient, the recipes featured sound quite tasty: goulash, barbecued testicles, and testicle bourguinon, among others. The cookbook also includes instructions on how to prepare testicles, such as boiling them down to make them more tender. 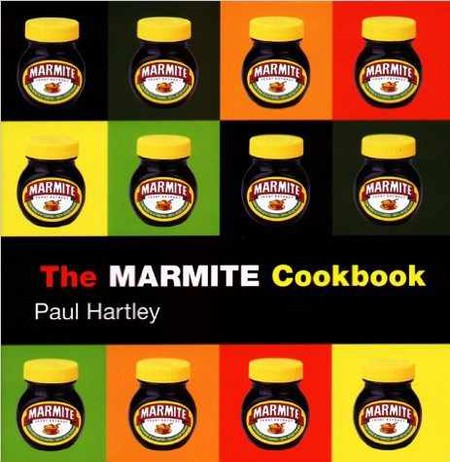 This cookbook by Paul Hartley gives food lovers a number of alternative ways to enjoy this love-it-or-hate-it spread. Instead of simply spreading Marmite on toast, it can be enjoyed as a key ingredient in dishes such as lamb kofta, prawn sesame toast, or even as a salad dressing. Although Marmite is a divisive ingredient, perhaps this cookbook could even win over some of the haters.

The premise of this cookbook is that space food has only ever been eaten by a few people, but now anyone can try it out from the comfort of their own home. The recipes have been modified for a regular kitchen on planet Earth from real NASA specifications, with dishes such as tortillas, chili, or even crab cakes. The book also contains a wealth of fun and interesting facts about life in space – the perfect gift for aspiring astronauts. 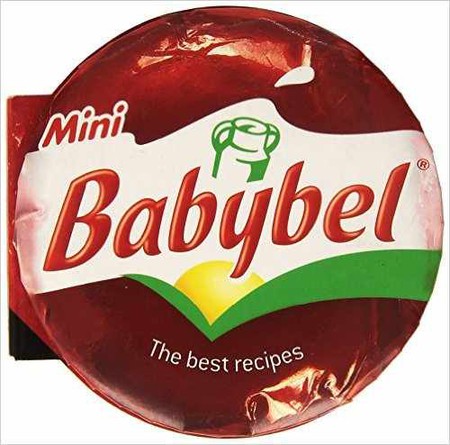 Who would have thought that this school lunchbox staple could have so many uses – this Babybel cookbook contains a selection of recipes featuring the famous wax-wrapped cheese, many of which are surprisingly sophisticated. Dishes include tomato and Babybel tart, risotto, and Babybel-stuffed pork. A tasty way to make something more of this humble cheese. 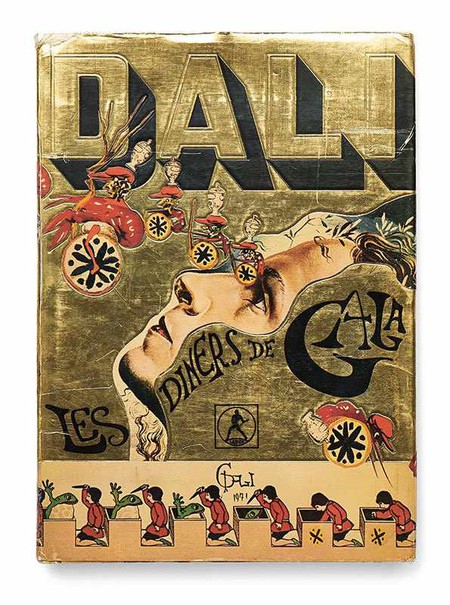 The famous artist Salvador Dalí himself wrote this cookbook in 1973, dedicated to maximizing taste and the overall dining experience through surrealist concepts. In addition to featuring a number of his own illustrations, Dalí introduces us to recipes such as frog pasties, conger eel, and thousand-year-old eggs. Unfortunately, the cookbook is so rare that prices start at $500 from specialist retailers. 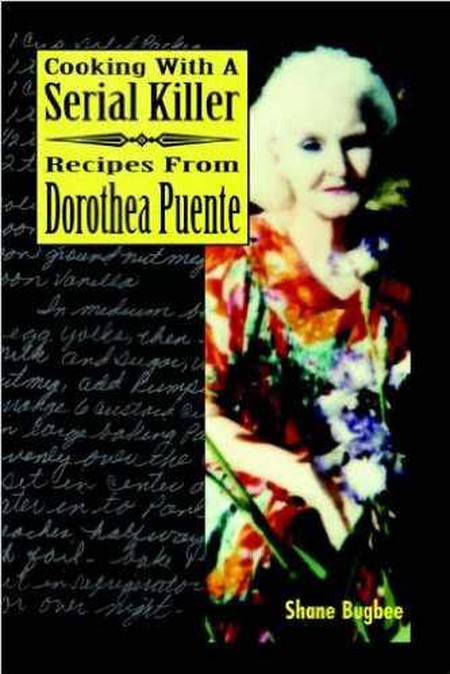 Cooking With A Serial Killer: Recipes From Dorothea Puente

Dorothea Puente was a woman living in California in the 1980s, who killed a number of her tenants in order to cash their social security cheques. Despite this, her tenants reportedly loved her cooking. This cookbook features delicious home-cooking, such as homemade spaghetti sauce, tamales, and veggie burgers. The book also includes letters written by Dorothea from prison, and some of her artwork and poetry.

This collection of recipes states that semen is nutritious, readily available, and tasty – but it also states not to feed any of the recipes to unassuming dinner guests. The book has been called out by many to be fake, but recipes include healthy fruit smoothies, chocolate éclairs, and candied pecans. Not a book recommended for the faint-hearted, but a good gift for a friend as a light-hearted joke. 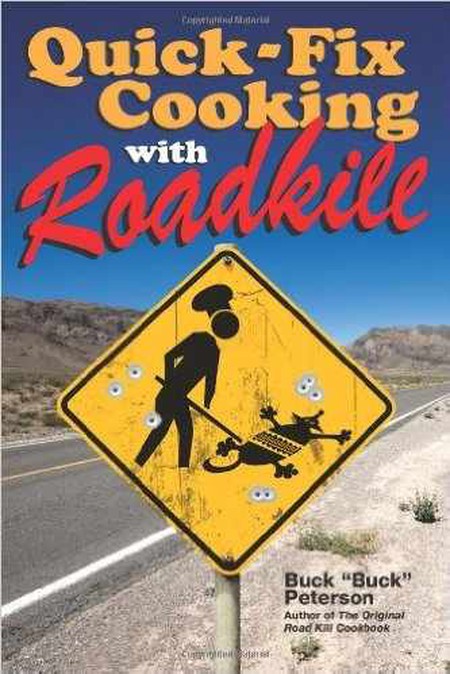 Although this is technically a cookbook, it is certainly tongue-in-cheek and not really intended for actual roadkill. It does, however, contain some tasty recipes that use shop-bought meats as a substitute. Recipes include pizza, burritos, and frittata. It is written for a comedy audience, but does contain some worthwhile recipes and cooking tips.

Written by the actor of Star Trek: Voyager’s very own chef, Ethan Phillips, the Star Trek Cookbook includes recipes taken from the show and based on the customs of our favorite alien races, such as Klingons or Vulcans. Recipes include Vulcan ice cream, Captain Sisko’s jambalaya, and Klingon beef pie. A great gift for fans of the series hoping for a taste of authentic recipes from the show. 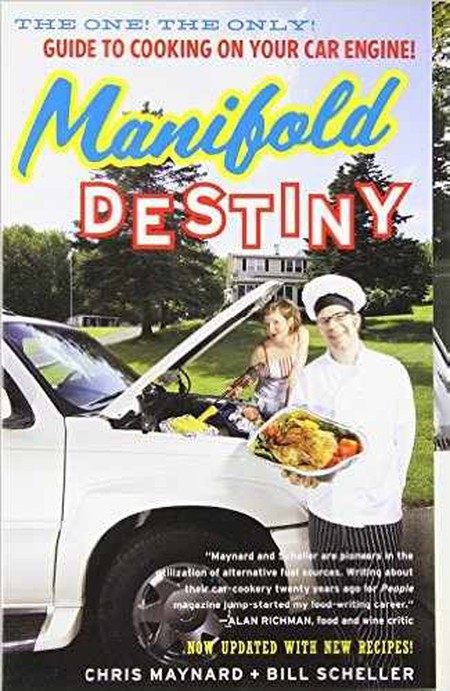 Written by two rally car drivers who are also a photographer and a travel writer, Manifold Destiny offers simple recipes that can be cooked using a hot car engine after a long journey. Instead of cooking temperatures, they measure the heat in mileage, with recipes including s’mores, nachos, and steak. The book has become a cult favorite, and is thought to be the only book written about this particular cooking technique.