13 of the World's Most Dangerous Hikes 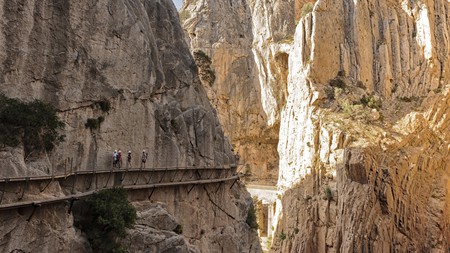 Many of the world's most perilous hikes are on cliff faces, including El Caminito del Rey, in Spain | © PAUL DOMANSKI / Alamy Stock Photo

Consider yourself a serious hiker? If you’re up for testing your strengths on challenging terrain, read on for our round-up of the most menacing routes.

Incredibly difficult to get to, and just as hard to navigate once you’re there, the Maze is part of the Canyonlands National Park. The confusing gullies, dead ends and sheer remoteness ensure that this place lives up to its name. As a result, there are local rangers who make sure hikers plan well and are able to communicate. 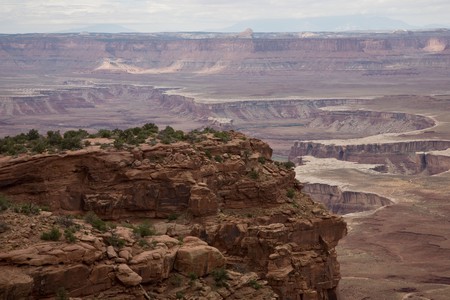 The Drakensberg Traverse, a 300km (186mi) trail, is known as Dragon Mountains by Afrikaners and as the Barrier of Spears in Zulu. The most dangerous part of this hike is at the start, where two somewhat questionable chain ladders provide stability on the cliff. It’s quite a drop, but if the wind picks up, it takes on a whole new level of danger.

El Caminito del Rey translates as The King’s Path, but you’ll never see a royal on the 3km (2mi) hike that runs alongside a sheer cliff in the Malaga province of Spain. If such a precarious path wasn’t testing enough, some of it has crumbled away, requiring hikers to edge across the drops with nothing below their feet. 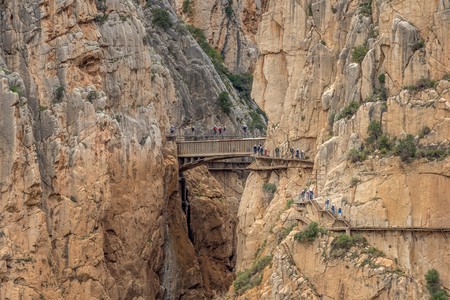 Like many of the aforementioned hikes, there is the usual slippery ground and dangerous terrain here, but a hike along the Kokoda Track also means battling oppressive heat and humidity and malaria-carrying mosquitos. The 96km (60mi) route will take most hikers well over a week to complete.

The Cascade Saddle, between the West Matukituki and Dart Valleys, includes a huge amount of slippery, unstable ground underfoot, making it one of the world’s most dangerous hikes. This hike has taken lives, enough for a local coroner to state that there have been “far too many deaths”. To walk the length of the crossing takes the best part of four days, but there are shorter trails to do. 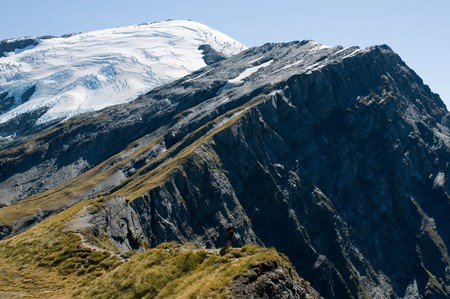 While the views are stunning from Cascade Saddle, the terrain is treacherous | | © Vincent Lowe / Alamy Stock Photo

This coastal trail is over 32km (20mi) long, straddling volcanoes and taking hikers into dense jungle, but the reward is one of the most beautiful beaches imaginable. Water is the biggest danger, with the jungle trail full of slippery waterfalls and rough streams to cross that have caused deaths in the past. If the rain begins to fall, everything becomes even more treacherous.

Via Ferrata, Italy and Austria

Although still very difficult, this hike in the Dolomites mountain range is far easier today than it was for soldiers who crossed it during the Second World War. There are plenty of walkways and bridges, as well as ropes and cables to use while on the sheer cliff faces, but they require a particular carabiner – not something hikers are normally used to. 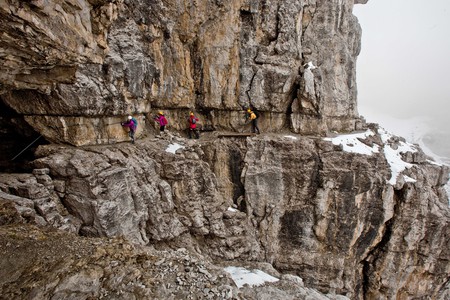 The first thing to know about Pacaya Volcano is that this an active volcano, whose eruptions have caused fatalities as recently as 2010. The 2,552m (8,373ft) high volcano has now been closed to the public, but that hasn’t put people off sneaking through and hiking up it. Eruptions aside, hikers have fallen inside and died because of the soft rock crumbling away, which surprisingly hasn’t deterred everyone.

The highest peak in the Helvellyn range in England’s Lake District requires an excellent head for heights. The walkway is worryingly narrow, and there are huge drops on either side. Misty or wet weather – a regular occurrence in this part of the world – make the walk even more precarious, but the views are outstanding. 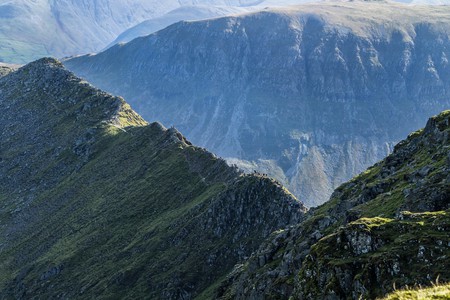 Half Dome is an popular destination for hikers, despite the 60 deaths in and around it, the added issue of lightning strikes, and the fact surfaces and cables installed to help for the final summit can get wet. Half Dome shouldn’t be attempted by anyone who doesn’t have a decent level of fitness.

For some – in fact, quite a few – this is considered the most dangerous hike in the world. Located on a sheer cliff face, the actual walk wouldn’t exist if it weren’t for the rickety wooden floorboards latched onto the side. Hikers have to lock into a chain above the floorboards for stability. It’s also worth highlighting that even just to get to this terrifying route, hikers must scale a vertical staircase. Although there are no official statistics, the rumour is that 100 people die per year on Huashan. 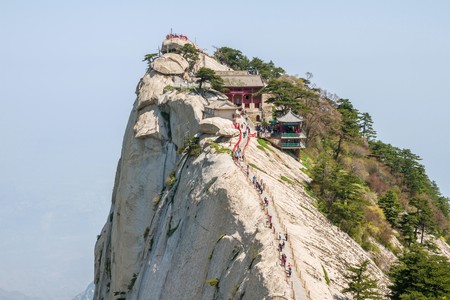 Taghia is an isolated village in Morocco’s Atlas Mountains, surrounded by steep canyons. Like Huashan and El Caminito Del Rey,this treacherous hike involves the tiniest of walkways on the side of a cliff face. The trail itself has evolved over time through a combination of logs, chains and rocks that have all been jammed into cracks in the canyon wall – not exactly what you want with a drop of hundreds of metres below.

This route, known as the Hike of Death, leads up from Machu Picchu, the incredible Incan citadel in South America. Rapidly ascending 305m (1,000ft), the route has extremely unstable ground underfoot that has a habit of falling away, which, coupled with tourists attempting the trail without the correct footwear and equipment, has led to its casualty count. 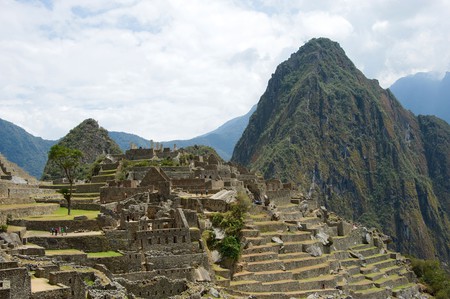