11 Surprising Customs from Around the World

One thing that sets humans apart from other members of the animal kingdom is our propensity to develop customs and traditions around everything from beauty rituals to sex habits. In fact, humans love doing this so much that the world has been enriched with thousands of different cultures since the dawn of civilization. No doubt, one important aspect of just about any given culture is its code of etiquette. Here are 11 astonishing customs from around the world.

Pointing with lips in Nicaragua

While gestures of the hand are often subject to customary variation across cultures, few can claim this phenomenon extends to contortions of the mouth. In Nicaragua, it is common to point with the lips instead of the thumb or index finger like the majority of the world. Wondering just how exactly a person points with their lips? It all starts by puckering up. Once a Nica has their duck face on, they can direct their lips forward or side-to-side to indicate what it is they’d like to point out. The lip point is typically used in conversation to indicate something that is happening nearby.

Pretty much every culture has specific rituals for greeting. Latin American cultures and the Romance cultures share the common custom of kissing both close loved ones and new acquaintances on the cheek as a form of salutation. Yet, the French seem to take this to a whole new level with the number of nuances involved in their kissing rituals. For one, the rules vary for men and women. Secondly, the number of kisses required to complete the greeting changes from region to region. What’s more is that French people are expected to greet each person at a party or gathering upon arrival whether they know the attendees or not. This is only a brief overview of the customary kissing practices in France.

Spitting on the bride at weddings in Greece

This practice was popularized thanks to the 2002 film, My Big Fat Greek Wedding. Spitting in Greek cultures is a kind of good luck charm that is supposed to help ward off the devil. Today, the custom typically doesn’t involve guests hocking loogies at the newlywed bride. Instead, it has evolved into a more symbolic act where guests mainly forcefully utter “ftou ftou ftou.” Greeks do this at other special occasions too, including baptisms in order to acknowledge the beauty and good health of the baby. Spitting can even be done as a superstitious measure to ward off evil during regular conversation.

September 12 is the Day of Conception in Russia

Cultures typically approach sex, marriage and reproduction in unique ways. Russia may take the cake on this in terms of institutionalized acceptance, though. This is because the declining birth rates of the country coupled with the unequal proportion of women to men and the alarmingly short lifespans of Russian men pose as serious concerns for the society. Therefore, the government has instated a public holiday created solely to give couples time off from work in order to have sex in the hopes that doing so will result in pregnancy. Parents whose babies are born exactly nine months later can even win prizes for helping to keep the Russian bloodline going.

Groundhog Day in the U.S.

Many countries have rather strange holidays that commemorate their distinct histories. While the United States is a rather new nation, it has been around long enough to develop one odd holiday known as Groundhog Day. Since 1887, on February 2, the nation waits patiently to see if the groundhog, Punxsutawney Phil, saw his shadow. If he does, it means there will be six more weeks of winter. Perhaps even more bizarre is the Punxsutawney Groundhog Club’s Inner Circle of dedicated men who, according to tradition, tend to the groundhog while dressed in black suits and top hats at the lighthearted Groundhog Day ceremony each year. 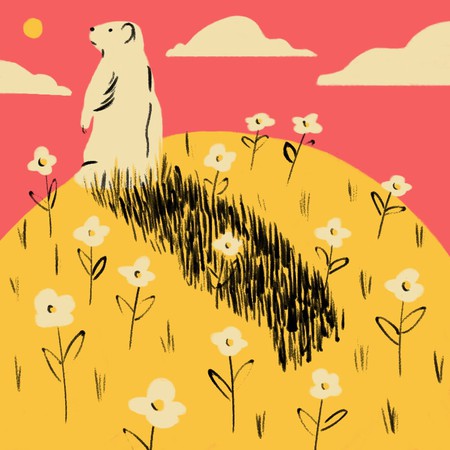 Tipping in the U.S.

Another odd custom associated with the United States is its intricate tipping culture. Unlike many other countries who don’t tip at all or who only tip in small amounts when the food was particularly good, tipping is rather mandatory at most restaurants in the U.S. In fact, it is expected that patrons leave between 10-20 percent of the bill in tips. Wait staff rely on this gratuity for a living because legal wages for waiters are low. Further, there are rules for tipping bartenders, delivery people and other service personnel. While some criticize this practice as irrational, there’s no doubt that tipping culture in the U.S. gives an incentive for waiters and waitresses to provide better service.

Hanging out in cemeteries in Denmark

While cemeteries are the sites of spooky lore in many countries, this is not so much the case in the ever so secular Denmark. Many people might prefer to hang out in parks, but the Danes find it becoming to convert their cemeteries into areas for socializing, a rather pragmatic use of space we might add. These cemeteries are well manicured and teeming with locals when the weather finally begins to warm up. Assistens Kirkegård in the country’s capital, Copenhagen, provides a perfect example. Plus, you’ll be hanging out in great company as many famed Danes are buried here, including Hans Christian Andersen. 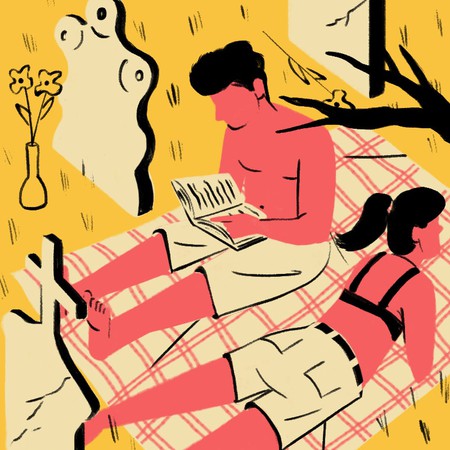 Pointing with the thumb in Malaysia

Some countries find the act of pointing with the index finger to be abrasive and rude. While members of most cultures would probably agree that pointing fingers, both literally and figuratively isn’t exactly the nicest thing in the world, in countries like Malaysia and Indonesia, this gesture can be seen as incredibly offensive. Instead, it is customary to gesture towards things with the thumb as this is seen as a more polite option. In many countries in Africa, pointing is reserved for inanimate objects only, not people.

Most societies around the world have rules about table etiquette. For western cultures, noisily consuming food is considered rude. In Japan, however, making slurping sounds while eating has an entirely different meaning. This might have something to do with the fact that in western countries, noodles are properly consumed by twirling them on a spoon before putting them in the mouth. Meanwhile, the Japanese simply slurp up their noodles without contorting them first, an act that is naturally noisier than the former. Making slurping sounds when eating noodles in Japan is a way of indicating that you’re really enjoying them. Some scientists even argue slurping invites air into the palate and actually enhances the noodles’ flavor. 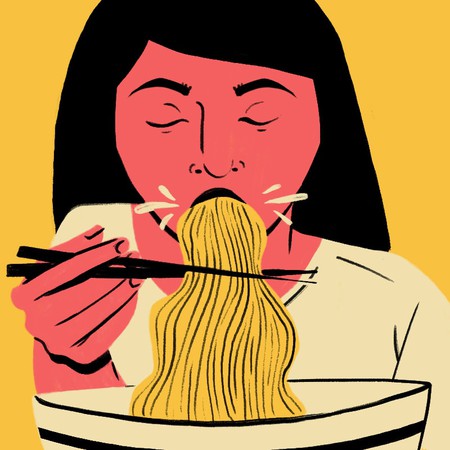 Kneeling or lying prostrate as greeting in Nigeria

For members of the Yoruba people, an ethnic group that largely resides in Nigeria, greeting rituals are taken quite seriously. This is especially true in regards to greeting elders. When an adult approaches, Yoruba youths are expected to drop to their knees in greeting. More specifically, women kneel when greeting, and men typically lie prostrate. These gestures are a sign of respect and deference for the elders of the community. Interestingly, this custom is one that distinguishes Yoruba peoples from other ethnic groups in Nigeria, including the Bini and the Kalabari.

Using the left hand for things

In some countries, using the left hand for eating or other activities is considered quite rude and insulting. Oftentimes, cultures in these countries use the left hand for cleaning themselves after using the toilet, and, therefore, it is considered dirty. This rule applies to several places around the world including much of the Middle East, Sri Lanka, India and parts of Africa. To be safe, always use your right hand for greeting, handling merchandise, exchanging money, and, of course, eating while spending time in any of these parts of the world.