12 Foods Which Aren't From Where You Think 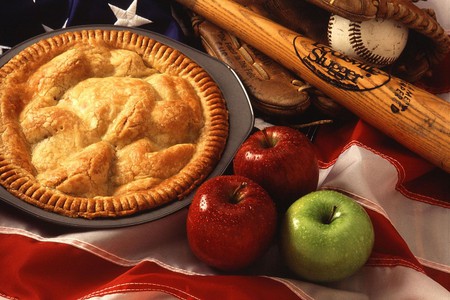 In this beautiful, diverse world where people move around, each country is bound to learn and borrow from other cultures, including when it comes to food. These dishes are not from where you think they are.

French fries – are they really French, or are they Belgian? Some historians claim this popular side dish came about in the late 17th century. It’s claimed Belgian villagers, who didn’t have a lot, prepared potatoes in the winter the same way they prepared fish when the the rivers weren’t frozen. That method was frying. However, others say that the French were making frites before the Belgians were. While the origin may not be certain, one thing is: they are delicious. 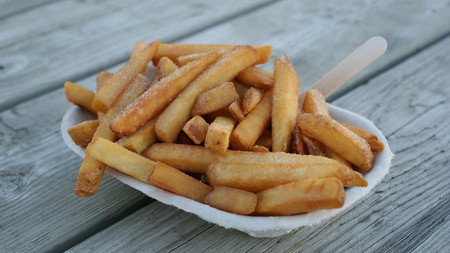 The buttery, flaky croissant has become synonymous with France. What’s better than a cafe au lait and a croissant to start your day? Nothing, really. However, foodies who love this breakfast treat have to thank the Austrians for this deliciousness. While the French have made the croissant their own specialty by using puff pastry, it is based on the Austrian kipfel, a crescent-shaped treat often made with a lot of butter. While there is no denying it’s French now, the fact remains that its roots lie elsewhere. 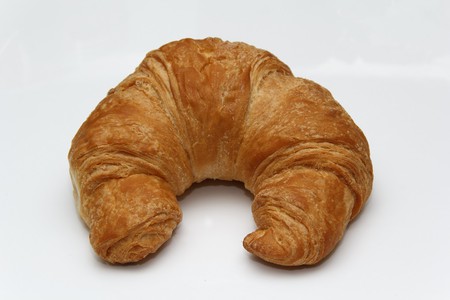 Crab rangoon are delicious little pillows of deep-fried goodness stuffed with cream cheese and crab meat found on many Chinese restaurant menus. Wait, that should read American-Chinese restaurant menus. That’s right — you will not find these appetizers when visiting China, as crab rangoon is most likely an American invention. It’s believed that they first showed up on Trader Vic’s menu in San Francisco. However, others say they are inspired by a Burmese dish. 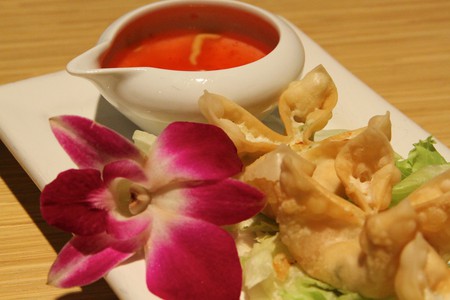 Here is another popular Chinese appetizer that is not Chinese at all. While spring rolls are Chinese, egg rolls are, once again, an American-Chinese invention. Created in Chinese restaurants in the USA, the egg roll was very much likely inspired by its Chinese counterpart. The spring roll is also found in other East Asian countries, but was made to specifically entice American diners. 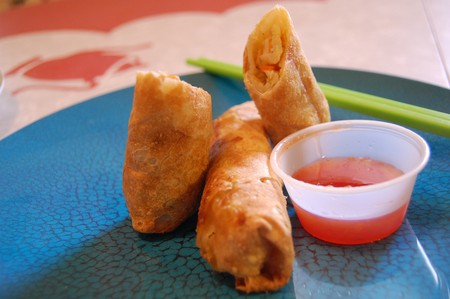 A popular Indian appetizer, the samosa is fried pastry stuffed with a delicious potato filling or ground meat. This treat can be found all over the world with many countries having their own versions. However, it is believed that it originated somewhere in Central Asia and traveled along the ancient trade route, which is why it is possible to find them in many locales. 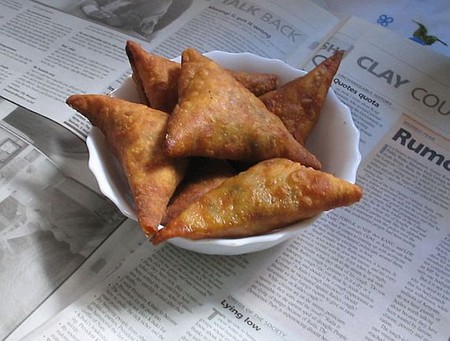 While vindaloo is a well-known Indian curry dish, its origin lies in Portugal. Portuguese explorers took their dish carne de vinha d’alhos, or meat marinated in wine-vinegar (vinha) and garlic (alhos), with them to India in the 15th century. As with any dish that has it roots elsewhere, Indians made this dish their own with aromatic spices such as cinnamon and cardamom and spicy chiles, adding a whole other level of flavor. 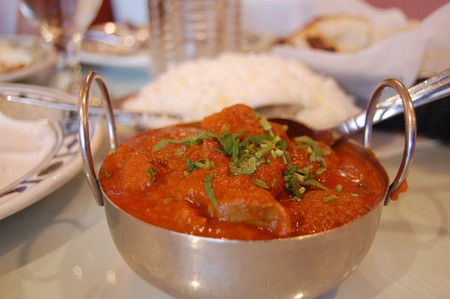 Some people might be surprised to find out that sauerkraut – that tangy fermented cabbage so popular in German cuisine – is not from Germany. Places all around the world have their own fermented specialties, but it’s believed that sauerkraut has its roots in China. Around 220 BC, when the Great Wall of China was under construction, the builders ate fermented vegetables called suan cai along with rice to satiate their hunger and give them energy. Historian believe that it was Genghis Khan who introduced Europe to fermented cabbage. 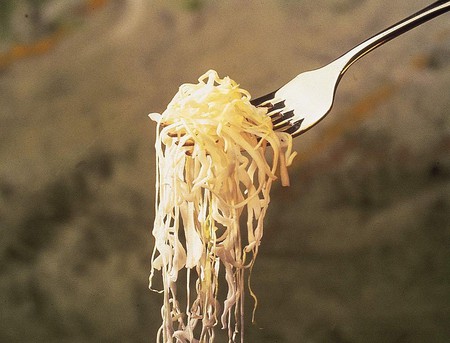 ‘American as apple pie’ – this is a very popular saying the USA that denotes something seen as all-American. This could not be further from truth, but at the same time, it really shouldn’t be too surprising. The USA is, as many people know, a younger country and a land of immigrants. Therefore, many foods and staple ingredients taken for granted today came from somewhere else, such as apples and pie. Apples first came to the USA when the Europeans settled here. And pie? Well, you can guess where that came from as well.

There is no doubt that cheesecake is a favorite dessert around the world and there are many varieties, making this creamy sweet one with endless possibilities. Most people may have heard of New York cheesecake; however, the history of this treat goes back much longer than that of the US state. For instance, the cheesecake can be traced back to 776 B.C. with evidence pointing to it being served to those participating in the first Olympics in Greece. Of course, New York made it their own with addition of cream cheese. 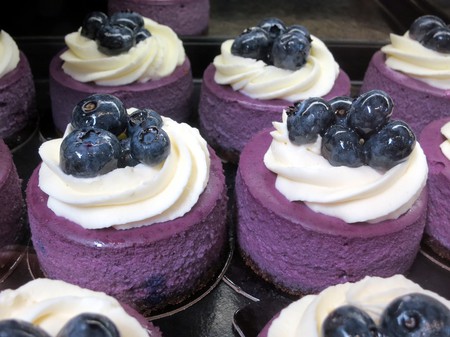 There is nothing like a comforting dish of hearty Italian spaghetti and meatballs. Italian? Well, that is partially true, but it’s not a classic Italian dish like some people believe. Yes, Italy has meatballs; however, they are not like American meatballs. They, of course, also have spaghetti, but the two aren’t served together. Italian immigrants who made their way over to the U.S. had to use ingredients that were available to them, creating new classics in the New World. 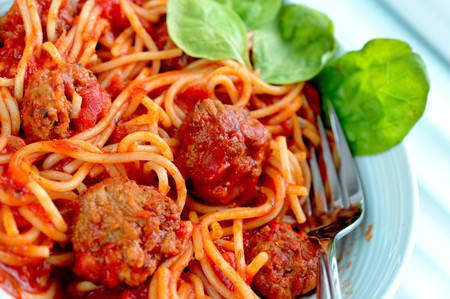 Another beloved Indian dish that can be found on menus all around the world, tikka masala, is not purely Indian. Its origin is disputed: some people claim that the dish was actually created in Scotland – more specifically, Glasgow – in the early 1970s. This supposedly occurred when a chef added sauce to chicken tikka, or skewers of chicken pieces. Of course, there are others who say its been a traditional meal in India long before the ’70s. So, what is the real story? No one really knows; however, it was declared a national dish of the United Kingdom in 2001. 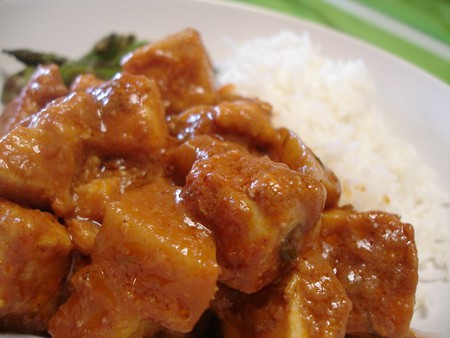 Fajitas in various forms, from chicken to steak to shrimp to vegetarian, can be found on Mexican restaurant menus everywhere. Served piping hot on a sizzling skillet, people love the dish; however, it did not come from Mexico. Its roots go back to a Texas ranch in the 1930s, making it a true Tex-Mex dish. Meaning ‘little belt’, fajitas were originally strips of skirt steak, but as previously mentioned, today they are made with a variety of protein. 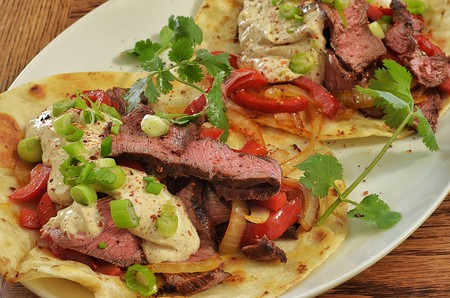