11 Terrifying Books You Should Never Read on a Plane 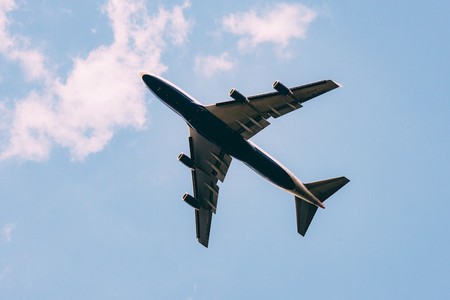 You’ve boarded your flight. The take-off was smooth, the drinks trolley is on the way. You crack open the book you’ve brought for just this moment.

The last thing you want to do when you’re on a plane is accidentally terrify yourself into never wanting to fly anywhere again – unless you’re a glutton for punishment, that is, or want to creep out the passengers around you.

We’ve assembled a list of books that wouldn’t be advisable to read on a plane if you’re of a nervous disposition, but are, nonetheless, all incredible reads that we would highly recommend.

Don’t jump when the seatbelt sign goes on, now. We’re sure it’s nothing.

Alive: The Story of the Andes Survivors by Piers Paul Read

Alive tells the true story of a rugby team’s plane crash in the Andes mountains. Facing a harsh, inhospitable climate and catastrophic lack of food, the passengers turned to cannibalism. After being stuck there for 10 weeks, only 16 people survived.

In the Unlikely Event by Judy Blume

Judy Blume’s first adult novel in more than 15 years, this 2015 book follows the experiences of 15-year-old Miri Ammerman and her family and friends after planes crash near their hometown in New Jersey. In the Unlikely Event is beautifully written and is a must-read for anyone who grew up reading Judy Blume’s more well-known coming-of-age novels.

Life of Pi by Yann Martel

The son of a zookeeper is set adrift in the ocean for 277 days with no one but a Bengal tiger named Richard Parker. While it’s about a shipwreck, rather than a plane crash, this classic is sure to make you reevaluate your travelling companion.

The Secret Agent by Joseph Conrad

Spies in London, terror attacks on London landmarks, a threatening Russian presence and Soho seediness make for a short, gripping tale, and its title is likely to make your seatmate consider whether you’re a spy.

You can tell even before opening this book that it’s a bad idea to read it unless you’re firmly on solid ground. Journalist and author Nigel Cawthorne tells the story of the disappearance of the plane and its passengers, examining the mysteries behind the event.

This book consists of diary entries and notes made by Earhart before her ill-fated attempt to become the first person to fly around the world from the equator. It will make you sad that she didn’t manage to succeed in her attempt and worry about the direction that your plane is taking.

Thirteen-year-old Brian Robeson’s plane crashes when he’s on his way to visit his father. Suddenly, he has to forget about his parent’s divorce and his secrets and focus on surviving with nothing but the tattered clothes he’s standing in and the hatchet his mother gifted him.

Oskar Schell, aged nine, has embarked on a mission to discover the secret his father left behind when he died in the September 11 attacks on New York City. Quite apart from the plane crashes, this book will have you balling in the plane aisles.

A famous soprano sings at a birthday party that was supposed to have been attended by the vice-president of an unnamed South American country. He’s not there, but 18 terrorists, who have come to find him, are. The drama unfolds as the characters are trapped by the men.

Lord of the Flies by William Golding

A plane carrying a group of British schoolboys crash-lands on a tropical island, where the boys try to govern themselves with a disastrous combination of force of personality, seashells and fire. Watch out for any children aboard your plane.

The Three by Sarah Lotz

Black Thursday. Four passenger planes crash at the same moment at four different points around the world. There are only four survivors – three children and Pamela May Donald, who lives just long enough to record an ominous voice message on her phone.