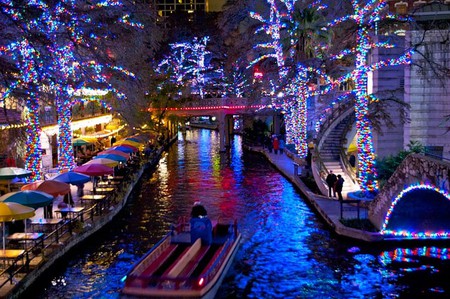 Spend any time in the U.S. around the Christmas holiday, and you will come to see quickly that Americans love their holiday lights and decorations. If you’re looking for places in the United States where the décor gets especially festive, however, these 11 towns and cities across the country represent the best of the Christmas best. 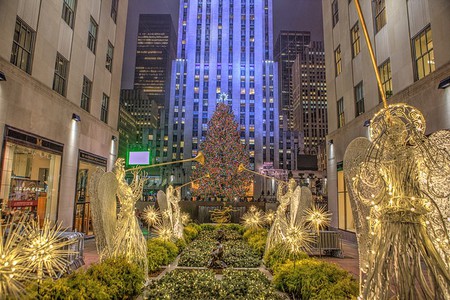 While almost every season lets New York City shine in its own right, Christmas time in the city is spectacular. From the 94-foot Rockefeller Center Christmas tree to the light-festooned promenades of Brooklyn, the city that never sleeps glitters particularly brightly during the holidays. 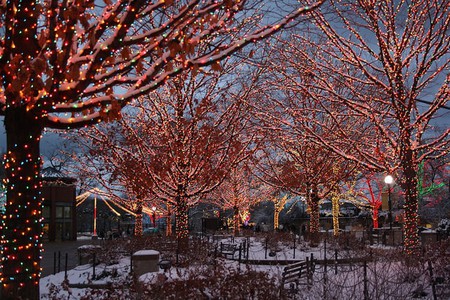 Christmas in Chicago I | © Andrew Wilkinson/Flickr

While Chicago pulls out all the usual bigcity stops for the holidays, decking buildings in tinsel and lights, its Christkindlmarket is what makes it extra special. Held in Daley Plaza and modeled after legendary German Christmas fairs, the market sells everything from sausages to Christmas ornaments and receives over 1 million visitors per year.

Christmas lights by the river in San Antonio I | © L. Allen Brewer/Flickr

Everything is bigger in Texas, and that includes Christmas decorations. The city of San Antonio puts on a stunning light show each December, stringing up eight million lights at Sea World alone, and lining the river that runs through the city with colorful and exuberant displays. 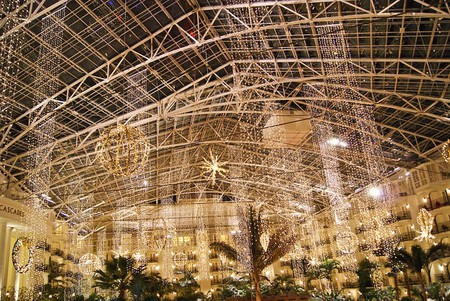 Opryland at Christmas I | © Denise Mattox/Flickr

The best Christmas displays in Nashville can be found at Orpyland, the hotel attached to the famed country music hall, the Grand Old Opry, where over two million lights deck the halls. Head downtown to see the neon signs of honky tonk bars mingle with the holiday trimmings. 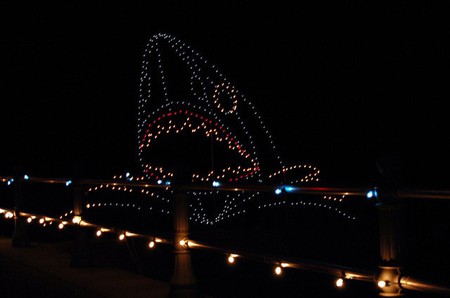 One of the most unique Christmas locales in America, Virginia Beach lines its boardwalk and its beaches with Christmas lights and decorations. It’s also whale-watching season in Virginia Beach, so, if you’re lucky, you might spot one along with your holiday light show. 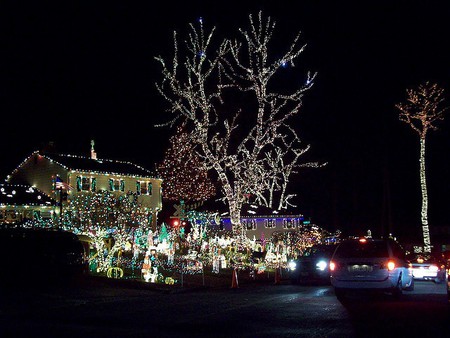 If you think it’s hard to decorate for Christmas without veering into tacky territory, the town of Richmond, Virginia, is the place for you at the holidays. Every year, the town has a “Tacky Lights Tour,” in which residents compete to outdo each other in garish Christmas light displays. Grab a copy of the Richmond-Times Dispatch, which provides a list of the top homes to drive by every year. 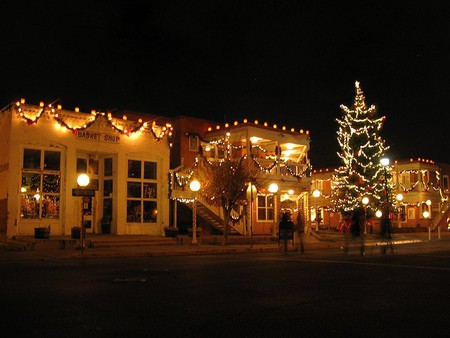 The Albuquerque Botanic Gardens pulls out all the stops for Christmas. Using over eight miles of extension cords and two million bulbs, the gardens come to life with over 400 sculptures. For something completely different, stroll through downtown, where streets are lined in traditional New Mexican holiday fashion, with votive candles inside paper bags. 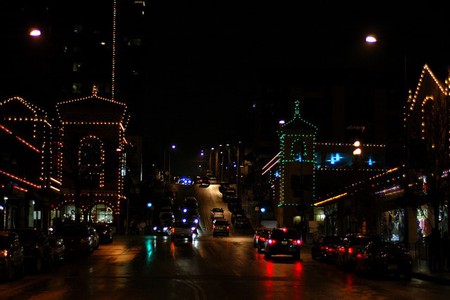 If you’re looking for a festive place to kick off the holiday season, Kansas City is a safe bet. The day after Thanksgiving, the city holds a fireworks show at a ceremony before a switch is flipped, turning the city’s magnificent holiday lights on. Helicopter tours are available to experience the magic of the lights from a completely new perspective. 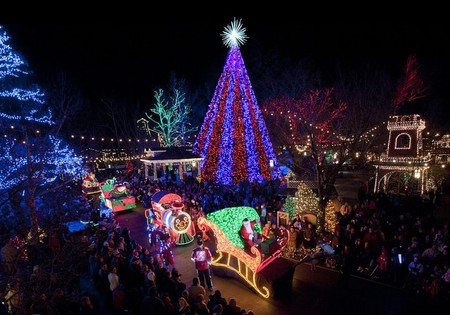 Silver Dollar City in the Ozark Mountains town of Branson, Missouri, hosts a lively old-time Christmas festival each December. The festival boasts over 1,000 decorated trees and five million lights, with parades every night. 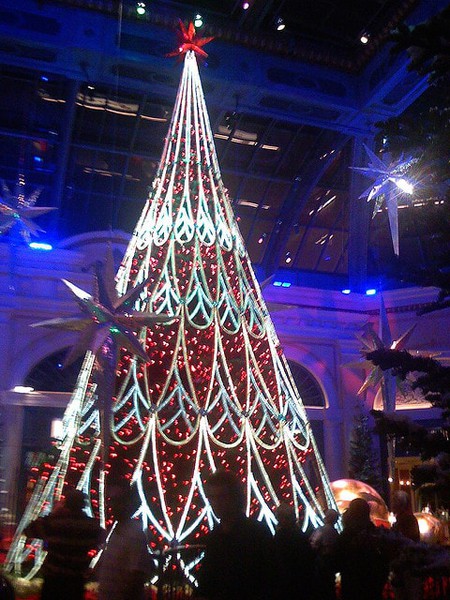 The tree at the Bellagio I | © jebb/Flickr

To get the best Christmas lights in Las Vegas, you’ll need to leave the strip and head down to the racetrack. There, you’ll find Glittering Lights, a 2.5-mile course visitors can drive to see more than 400 holiday sculptures decked out with lights. Or, of course, head to the over-the-top Bellagio for an over-the-top Christmas tree. 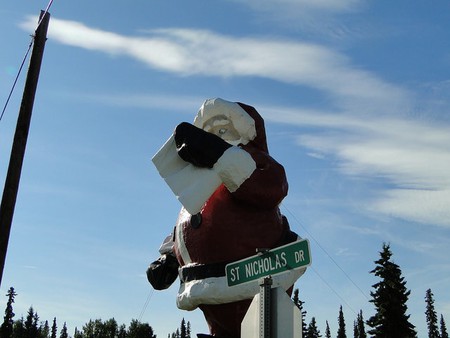 A street sign at the North Pole I | © Amy Meredith/Flickr

As you might expect, the North Pole goes all out for Christmas. The small Alaska town hosts a Christmas on Ice festival every night for six weeks each winter, and almost everything in town is decorated to celebrate its most famous resident.