11 Cool, Classy, and Downright Insane Bloody Marys from Across the US 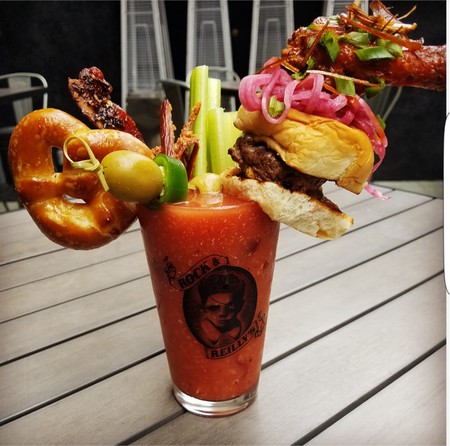 The Bloody Mary is the quintessential American brunch drink and time-honored hangover remedy. These days, it’s not so much the accompaniment to the midday weekend meal as the source of one, as the drinks are increasingly garnished with an entire brunch buffet’s worth of food. As many Marys have gone overboard with toppings, though, others have distinguished themselves with unexpected liquors and unusual ingredients. We’ve rounded up a few of our favorites.

The restaurant calls it “F* Brunch,” but the garnishes on the Anvil Pub’s 32 oz. (950ml) Bloody Mary say just the opposite—you’re presented with an entire meal’s worth of food, including a bacon cheeseburger slider, shrimp, an onion ring, and plenty of other nibbles. You even get a Pabst Blue Ribbon beer on the side…just in case you need even more booze to get your day going. 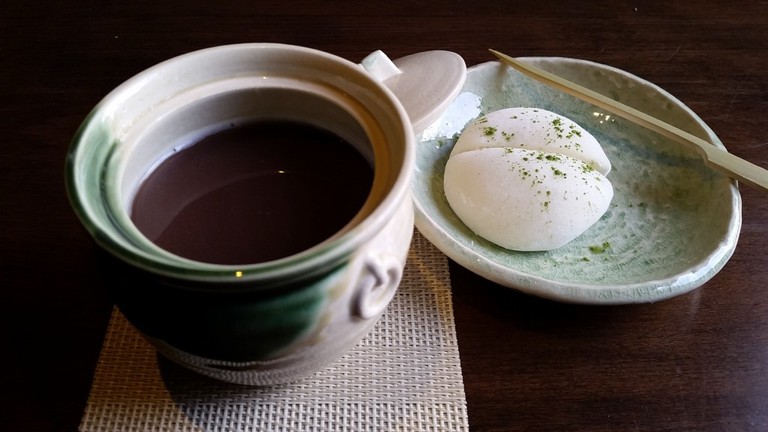 They don’t call it the “Motherlode Mary” for nothing—the version from Black Iron Kitchen & Bar is served with a lamb slider, bacon, and “a garden of vegetables.”

Dante is on the list of the World’s 50 Best Bars; it’s where many of New York City’s best bartenders go to drink during their off-hours, and the restaurant’s understated Bloody Mary is a favorite. 79-81 Macdougal St, New York, New York 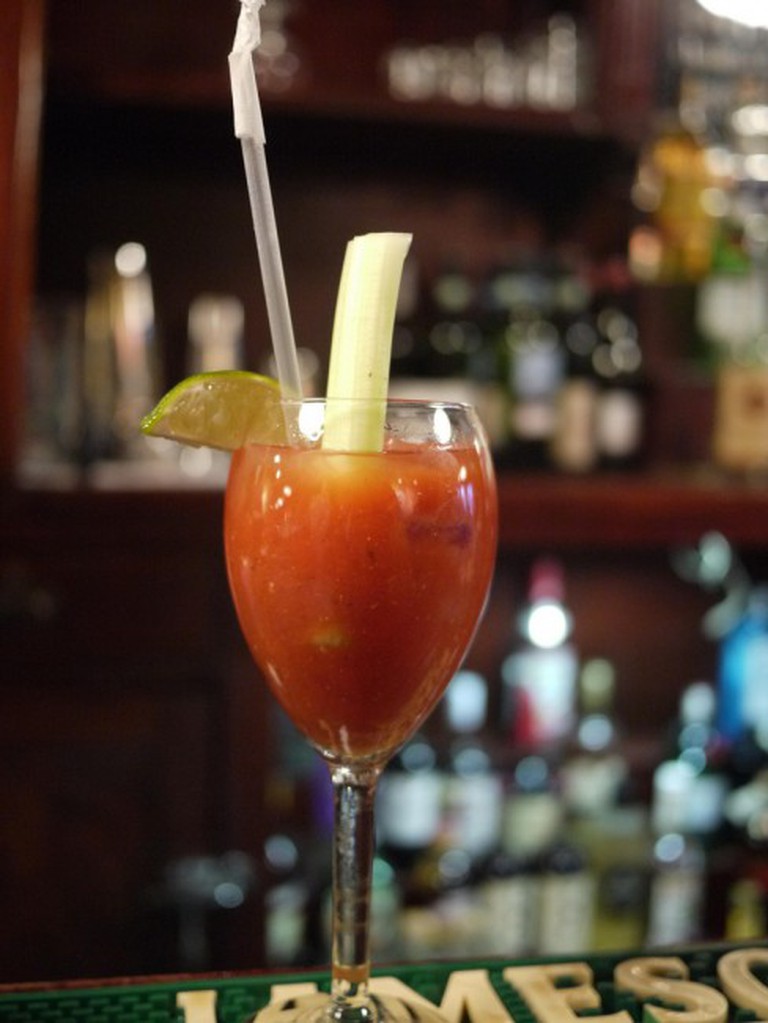 Bloody Mary brunch | © Barry Pousman/Flickr
You can’t talk about about Bloody Marys without mentioning the King Cole Bar in New York’s St. Regis hotel. It’s where the drink—then called the Red Snapper—was introduced to the United States in 1934. The recipe hasn’t changed much over the decades, with vodka, rich tomato, and a kick of cayenne pepper.
Open In Google Maps
Two East 55th Street, Manhattan New York, New York, 10022, USA
+12127534500
Visit Website
Give us feedback

The Nook on Piedmont Park, Atlanta

Six ounces of Dixie Pepper vodka go into the 32 oz. (950ml) Bloody Mary at The Nook on Piedmont Park, topped with pepperoncinis, jalapeños, tater tots, steak, a slice of toast, and a hard-boiled egg. You even get a beef straw to drink it with.

The bloodiest of Marys I ever did see. #beefstraw #cocktails? #atlnights 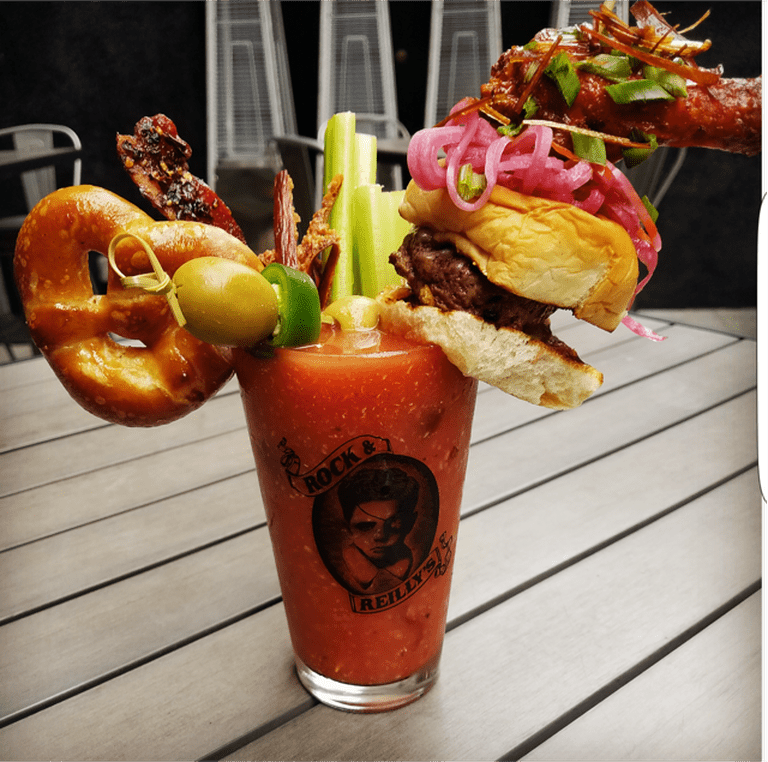 A Bloody Mary at Rock & Reilly's | Courtesy Rock & Reilly's
The “Build Your Own Bloody Mary Bar” at Rock & Reilly’s provides near-infinite options for creating your own drink. You can choose between eight sauces, from Tapatio to Cholula, and four types of stuffed olives, not to mention the array of possibilities for mixes, spices, and ingredients. Topping options include spicy candied bacon and a beef slider.
Open In Google Maps
Give us feedback

Twelve types of Bloody Marys are on offer at Sassafras American Eatery, from the Garden Mary (garlic and dill vodka, red tomatoes, celery, parsley, paprika, fresh garlic) to the Queen Mary (pickled pepper vodka, green tomatoes, pineapple, green peppers, piquante verde). You can even get a sampler of sips, with four 5-oz. (150ml) mini-Marys of your choice.

Sobelman’s Pub & Grill provides the poster child for the totally over-the-top Bloody Mary. Depending on which of the eight options you choose, the garnishes might include bacon-wrapped jalapeno cheese balls or an entire fried chicken. 1900 W. St. Paul Ave., Milwaukee, Wisconsin