Many famous artists have been commissioned to illustrate classic works, adding their own spin and offering readers a new light by which to see familiar stories. Some artists have even created their own picture books. From celebrated painters to renowned illustrators, Culture Trip has created a list of 11 books illustrated by famous artists. 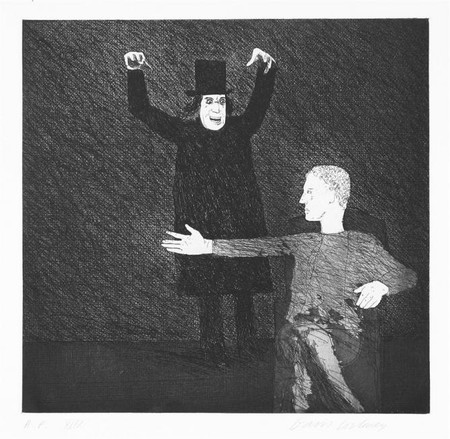 One of the most popular British artists of the 20th century, David Hockney has always been a fan of the Brothers Grimm’s fairy tales and set out to illustrate some of them. Hockney chose six, including ‘The Little Sea Hare,‘ ‘Rapunzel,’ and ‘Rumpelstilzchen.’ The book, Six Fairy Tales from the Brothers Grimm, was published in 1970 and features 39 black-and-white etchings, giving readers a new, fresh look at these dark, unique stories. 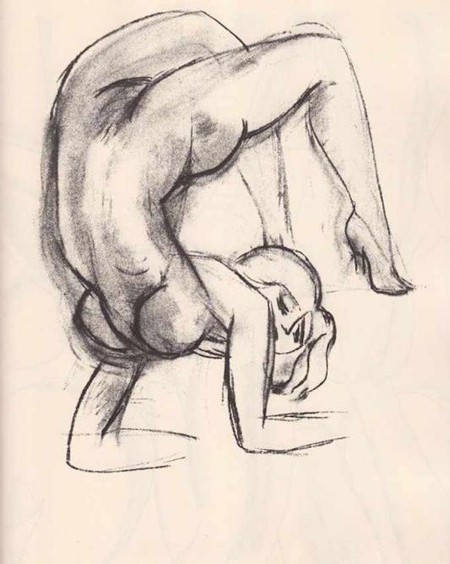 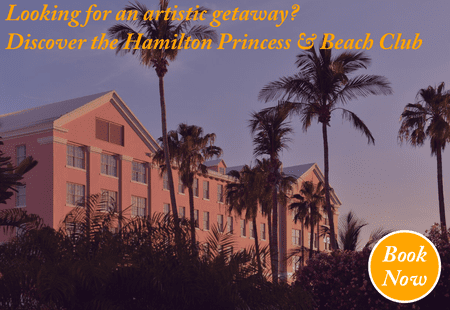 Henri Matisse, one of the most influential artists of the 20th century, illustrated a 1935 edition of James Joyce’s Ulysses. Creating six etchings and 20 preliminary drawings, the French artist based his illustrations on themes surrounding Homer’s Odyssey rather than Ulysses, leading most people to believe that he never read Joyce’s work. It is a rare edition, with only 1,500 copies ever printed, 250 of which were signed by both the artist and author. 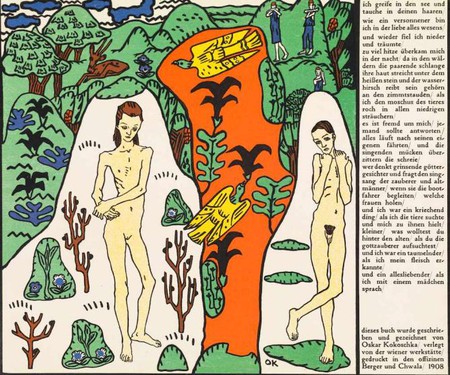 Before becoming the world-renowned Expressionist painter that everyone knows today, Oskar Kokoschka studied illustration at Vienna‘s School of Applied Art. As a student, he began The Dreaming Youths, a children’s picture book that ending up being turned into a ‘picture-poem’ touching on adolescent sexuality. The book features eight photolithographs and three line block reproductions in ornamental style, depicting exotic, colorful, black-outlined scenes. Not many copies were sold when it was first produced in the early 1900s. 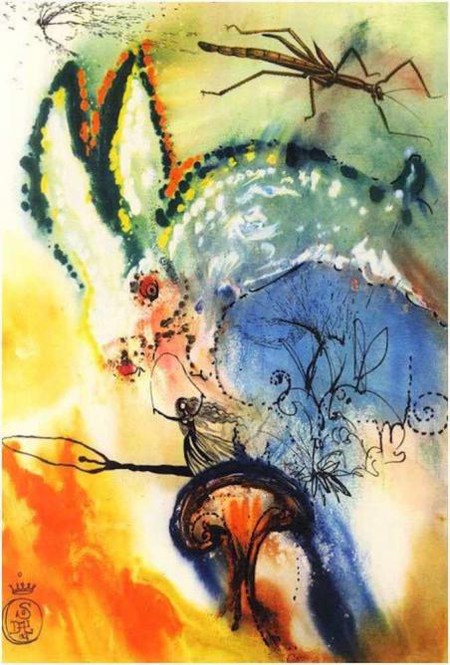 In 1969, publishing house Maecenas Press–Random House distributed a version of Lewis Carroll’s beloved classic Alice’s Adventures in Wonderland. Many illustrations have been produced over the years for this book; however, this time the illustrations were created by Salvador Dalí. The 12 heliogravures are brimming with vivid color and fantastical imagery as only Dalí could create. The original book is hard to come by these days, with copies selling for thousands of dollars; however, for the 150th anniversary of Alice’s Adventures in Wonderland, a new version has been released, complete with Dalí’s illustrations. 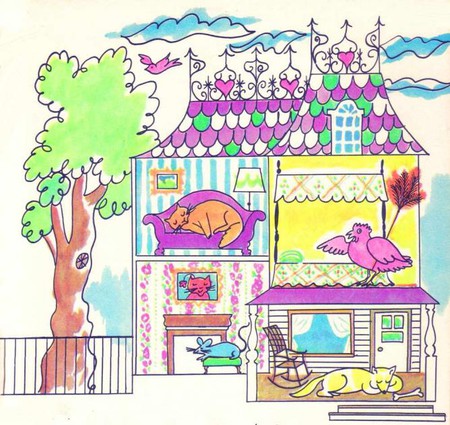 Before he became the iconic Pop artist, Andy Warhol illustrated some children’s books in the 1950s, including the 1958 book, The Little Red Hen. While the drawings look nothing like the work that everyone is familiar with, the scenes are filled with bright colors, which attract children’s attention. The book is brimming with interior and exterior scenes filled with the little red hen and other animals, including cats. 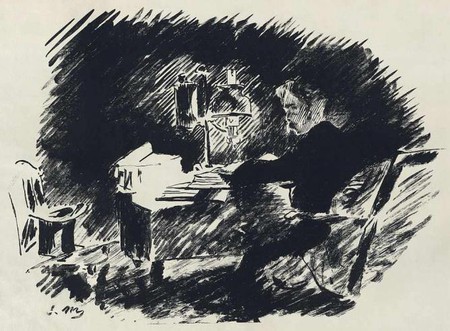 Illustration from The Raven | © Édouard Manet

Known for painting modern life and for controversial works such as ‘Olympia‘ and ‘Le Déjeuner sur l’herbe,’ Édouard Manet was a leading 19th-century artist from France. In 1895, French poet Stéphane Mallarmé translated Edgar Allan Poe’s The Raven into French, and Manet provided the illustrations. Creating several lithographs for Le Corbeau, these imaginative illustrations are in black and white and feature broad, bold lines. 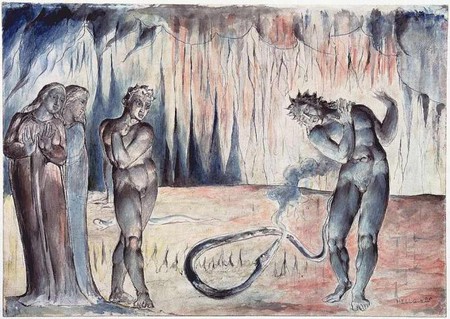 At the age of 65, William Blake, one of the most influential artists of the Romantic era, began a huge project: illustrating Dante’s Divine Comedy. He worked on this project tirelessly and passed away before he could finish it. Blake, however, left behind 102 drawings in various stages of completion. While the project was never published and all of the works eventually sold off, the drawings were reproduced in William Blake’s Divine Comedy Illustrations, which was published in 2008. 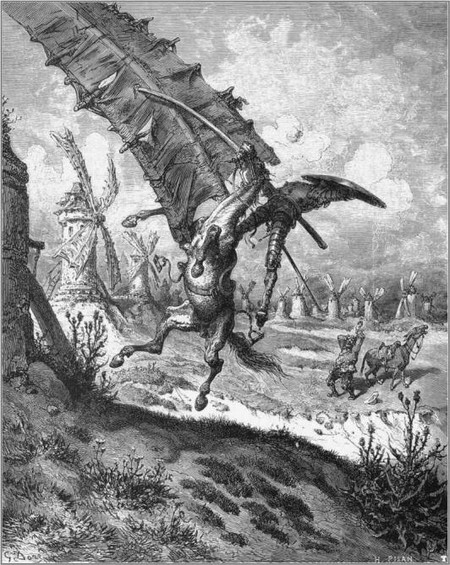 A famous artist and illustrator from the 19th century, Gustave Doré illustrated numerous books throughout his life, from Poe’s The Raven to Dante’s Divine Comedy to Miguel de Cervantes’s Don Quixote. Adored by people since it was first published in 1868, Doré’s Don Quixote contains over 200 illustrations which have inspired people for generations, especially other artists and directors of film and stage — they turn to Doré’s works to see how the characters should look. 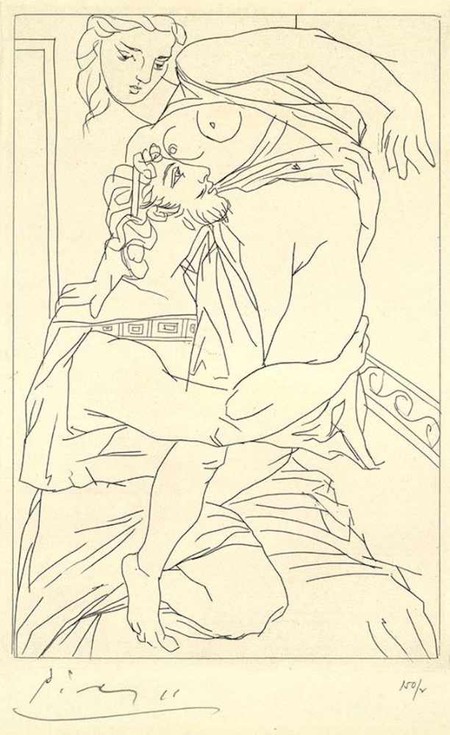 Commissioned by George Macey – who also commissioned Matisse for Ulysses – Pablo Picasso illustrated Aristophanes’s Lysistrata in 1934. Picasso created six original etchings and many other drawings for this Greek comedy about a woman who wants to end the Peloponnesian war — she instructs women to withhold sex from their husbands, thinking it will bring about peace. Picasso’s illustrations are simple yet sensual, which is perfect for this story. Like Ulysses, only 1,500 copies were made, and today it is a highly sought-after work. 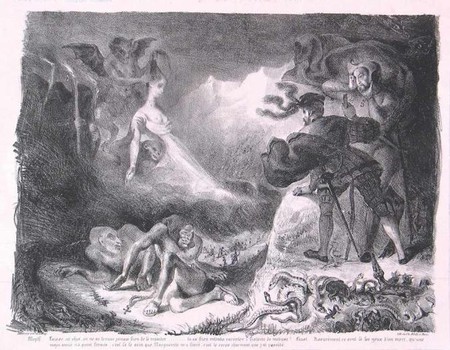 A poetic masterpiece of German literature, Johann Wolfgang von Goethe’s Faust is a tragic play that tells the story of a man who sells his soul to the devil. Delacroix’s Faust is often seen as one of the best-illustrated books every made; indeed, Goethe was thoroughly impressed when he viewed Delacroix’s lithographs. Delacroix made 17 lithographs in total for the French translation of Faust (Part 1); his illustrations have a haunting effect, making them perfect for Goethe’s masterpiece. 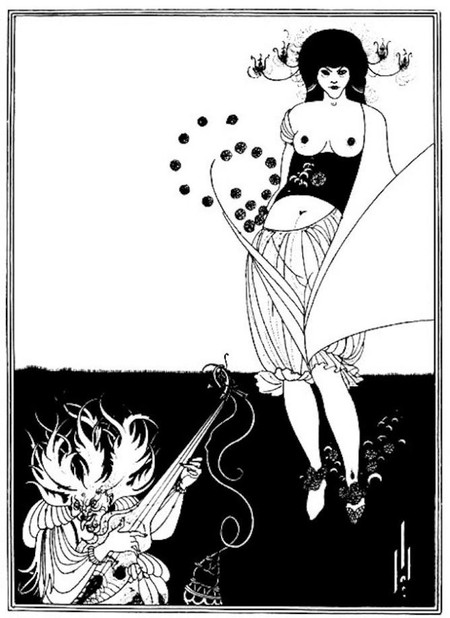