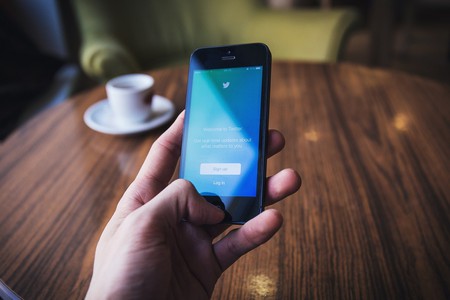 Twitter, much like any social network, can do just as much bad as good (here’s looking at you, Facebook!), but it is one of the few spots where you can truly curate your feed to be hilarious, informative and educational without those annoying Instagram adverts and relatives you’d really rather delete. With that in mind, here are 10 queer Latinxs you need to follow on Twitter.

@QueerXiChisme is, according to their bio, a ‘Nerdy Femme Critic Demi-Hoe’, who often (re)tweets about, well, chisme (gossip, and how it’s so much more than that), as well as sex workers’ rights, homelessness amongst queer people and being sweaty in Chicago. You can also book them to speak at your college, school or institution about anything from toxic masculinity to rape culture.

I’m reminded of a conversation I had with a sex educator recently where she expressed that there should be a greater focus on teaching folks to recognize and express enthusiastic “YESes.”

Me and not having to wait weeks for my freelance paychecks. https://t.co/SxE4FoAU8R

Nicaraguan with paternal Salvi roots, @priscadorcas wears hats and a centre part like no other and tweets about Central American pride, divorce and interracial dating, amongst other things. Recent topics of conversation on her timeline include tweets that reject the – in her words – assertion of ‘Christian ethical white hetero supremacist’ frameworks. She’s also the founder of Latina Rebels.

the least I can do is try to do for youth of color what I had hoped someone had done for me.

someon at my talk: do you question the fact that you’re dating a white guy?
me: I question why I date men tbh.   they’re dangerous, if we are killed or raped our current or former partners are probably the ones doing this.  and they’re bad for our health.

@arianathepoet is a ‘queer Black mexican american poeta’ whose favoured topics of timeline conversation include mental health, afro-Latinx representation and the worrying prevalence of a ‘we’re all mestizos’ attitude in modern day Mexico, alongside the everyday anxieties we all face about investing in someone too fast or coming on too strong. Her timeline in three words? Relatable and educational.

i love an appropriate spongebob meme. i stan

Guncle, partner, son and Florida’s first and only Latinx LGBTQ lawmaker to date, Carlos G. Smith can be followed on Twitter at the handy handle @carlosgsmith. While his timeline is certainly way more professional than personal, it certainly makes a change from the horrors of scrolling through a feed full of Trump tweets.

Poor poor @NRA always cries that they are demonized after mass shootings. Just another reminder that these tragedies are HUGE money makers for gun manufacturers. Not an attack, just objective FACTS. #Sayfie https://t.co/I871pgQ6jT

“The Pulse tragedy drew Smith..closer to cannabis as a therapeutic alternative. Many of the massacre’s victims, and their friends/families, used cannabis to treat PTSD, he said. ‘Only smoking weed before going to bed could help them avoid nightmares and other symptoms of PTSD.’ https://t.co/WNgBjBqglY

Self-described as a ‘guatemalan-slovak diaspora kid’, Ludmila Leiva (a.k.a. @ludileiva) has one of the coolest Twitter profile photos around. Really though, given that she’s an illustrator, this should come as no surprise. And nor should her propensity for razor sharp tweets which oscillate between hilarious and informative, and constantly elevate marginalised voices.

I just used a #genderneutral restroom at @WholeFoods with individual stalls and shared sinks and am relieved to report that nobody died of sharing a public restroom with people of different genders.

me, weeping: what is wrong with me?!?why can’t I stop crying
phone, stoic: pic.twitter.com/PF1yxumQRW

@giaawoman is the Twitter handle of brown, trans, femme UC Berkeley student Juniperangelica Cordova (also known as Gia), who was recently in the running to be the Student Body President. Unfortunately, she didn’t manage to become the college’s first trans Latinx person to hold the position, but given that she’s a long-time activist, Juniperangelica Cordova will surely continue advocating for inclusivity, affordable student housing and a removal of policies which negatively impact low-income students.

Thank you Daily Cal for capturing the actual footage of me leaving campus last night after I lost the election. Powerful. pic.twitter.com/cVAaNt7UOn

@AFROXICANX’s bio describes them as ‘Blaxican. AfroIndigenous. Muslim’, putting them at the intersection of several marginalised identities. @AFROXICANX tweets about their political views (they’re Marxist-Leninist-Maoist, if you were wondering), their activist organising, and the need for action to be grounded in political theory.

Any charity can give out clothes and food but what sets a revolutionary organization apart is the political theory that drives the entire program, and brings people closer to revolutionary struggle. Theory is a necessity and w/o it we have no guiding principles to build on.

Working through socialization & my southern hospitality so I can be more blunt & assertive in conversation is my goal for 2018. Womens leadership in political organizations is a must & I hope other women see the necessity of political education & action against patriarchy too 💙

@tummyfuq, a.k.a. Caleb, is a writer with bylines at Everyday Feminism, The Body is Not an Apology and BGD Blog. They are a ‘fat qpoc’ (queer person of colour) and PhD student with an apparent love of tweeting about pop culture (does a recent first-watch of 2004’s Blade Trinity, count?), as well as how they’re the ‘queen of mixed signals’. Beyond that, they also cover topics like the pay gap which separates fat people from their thin counterparts and femme identities.

It’s alarming/disheartening/disgusting that folks can actively perform/produce masculine identities that actively harm the femmes around them and no one cares/notices because muscles and bad fashion are enough to overlook femme lives and livelihood.

Annie Segarra is a ‘Content Creator (Youtuber), Intersectional Activist, Queer Disabled’ Latinx who tweets under the handle of @annieelainey and can be seen talking about disability and joy (and how they’re not mutually exclusive—in fact she sells apparel which says as much!), alongside disabled queer representation and the fact that dogs got apps before disabled people.

Also we have dog walking apps before we have sick person needs an aide for the day apps and wow could I really use the latter.

I’m #disabled.
It’s not a bad word.
It doesn’t make my life less than.
Disability and joy are not mutually exclusive.#DisabledJoy pic.twitter.com/C9QRaYVvwo

Pro-sex work, and anti-US military, the feed of @ivette_s_ is a lesson in common sense and features some great, no-holds-barred calling out of their detractors too, as well as some excellent selfies. For an education in why safety in sex work should be a priority, and the problematics of cishet men, Ivette is the one to follow.

If any of my followers are from Phoenix, AZ please DM me. A sex worker was kidnapped yesterday & attacked by a pimp. She has been found. She is pregnant & alone and would like company as she has no one to support her atm. I’m trying to see if there is a way we can also send her $