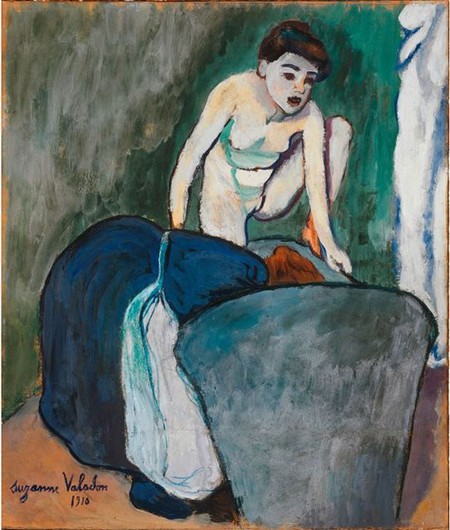 As with many professions, art is often seen as a man’s world, with male artists dominating books and exhibitions. Even though women artists are more famous today than in the past – Frida Kahlo, Georgia O’Keefe, and Judy Chicago are only a few – there are still many artists ascribed to obscurity only because they happen to be female. We’ve curated a list of some amazing women artists that you may not be familiar with – or maybe you are!

An Italian Baroque painter, Artemisia Gentileschi is one artist you may have heard of as, today, she is seen as one of the most skilled painters during her time. Trained by her father at a young age, she went on to study under Agostino Tassi who raped the young Artemisia. Not surprisingly, due to the times, her reputation was called into question. That didn’t stop her. Gentileschi went on to be the first woman to be admitted to the Florentine Academy of Fine Arts, and she also became the head of household when she separated from her husband – very rare at the time. Some of her most powerful works, such as Judith Beheading Holofernes and The Conversion of the Magdalene, focus on the females rather than their male counterparts. 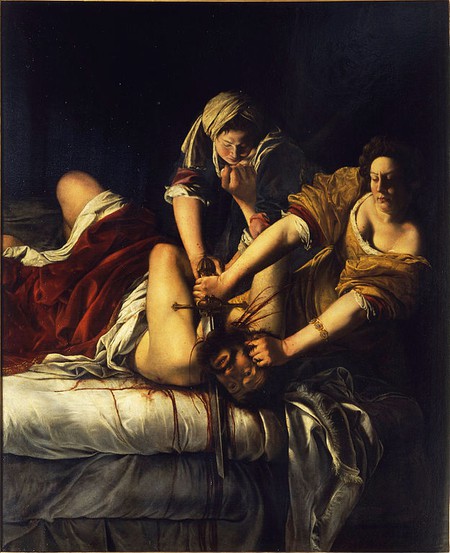 Creating artworks that are described as being similar to Piet Mondrian’s and even inspiring Mondrian himself, it is surprising that Marlow Moss was not often recognized for her work. A trailblazing British constructivist artist, she is now finally seen as one of the most important artists of her time, inspiring many other artists over the years. Indeed, Tate hosted a retrospective of her work in late 2014 and early 2015, leading the way for more people to discover her work. Not only a pioneer in the art field, she lived her life on her own terms, being described as ‘a radical lesbian and Drag King.’

Mira Schendel was a Jewish refugee from Switzerland – although she was raised Catholic in Italy – who left an economically declining Europe in 1949 and settled in Brazil. Today, she is seen as one of the most influential South American artists. Before her retrospective exhibition at the Tate Modern in 2013, she really wasn’t known outside of Latin America. Creating beautiful modern delicate works in a variety of media, she is known for her sculptures, painting and drawings on rice paper, and is finally gaining the audience and recognition she deserves, with more galleries and museums showing her work.

As with any artist on this list, Adélaïde Labille-Guiard was in a male-dominated field – one that was not very friendly. Indeed, male artists of the time were so threatened by women like Adélaïde that they would invent rivals for them and spread rumors alluding to sexual misconduct. A strong woman she was, Labille-Guiard supported and promoted women rights and also taught art. As a successful French portraitist, she was admitted to the Académie Royale, exhibited her works in the Salon, and became Peintre des Mesdames, which meant she was a painter to the king’s aunts. Her lovely works can now be seen in major museums around the world.

Born in 1845 in Vienna, Austria, Tina Blau was born during a time that didn’t afford women the right to an arts education. Therefore, if she wanted to grow as a painter, she would have to employ other means. Thankfully, her father believed in her and not only found her a teacher, but also supported and nurtured her passion. An accomplished Austrian landscape painter, Blau’s work was innovative, causing one critic to note that she ‘made light and air modern’ while others were still following traditional methods; however, others believed that because she was a woman, there had to have a been man guiding her. In their minds, no woman could be successful without a man. 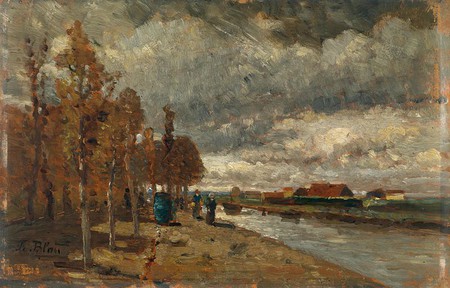 A Ukrainian-American, Janet Sobel was an abstract expressionist artist whose career was all too brief. Not picking up the paintbrush until she was in her early 40s, Sobel, a self-taught artist, may have created drip paintings before Jackson Pollock – who is largely associated with the method – created his famous works. Indeed, it is known that Pollock was influenced by her pieces. While she also painted figurative works, her colorful, organic abstract pieces are what paved the way for artists like Pollock.

Born in 1865 and growing up in Montmartre, Suzanne Valadon was a model for many artists – Pierre-Auguste Renoir and Henri de Toulouse-Lautrec, for instance – before becoming an artist herself. Known for her figure paintings, which often included nude females, Valadon’s works, during her time, were controversial because she painted as she saw fit – that is, she didn’t have formal training (although Degas did teach her some techniques), so she didn’t stick to traditional standards. Her works are raw with a deep sense of emotion further enhanced by the broad brushstrokes she employed. During her time, she had four major exhibitions.

A German Dada artist, Hannah Höch was a pioneer in collage, especially photomontage. Indeed, Höch was one of the original artists to propel the art form, which is a variation of collage in which photographs from the press are used to make a statement. Of course, history has often forgotten her, instead focusing the male artists of the time. She was often left out of books, and she sure wasn’t included in Dada exhibitions, all because she was a woman. Höch’s works were original, and thankfully, more people today are recognizing her for the pioneer that she was and all that she has contributed to art history.

Born in Georgia in 1891, Alma Thomas was an African-American artist who didn’t find her signature style until she was in her 70s. An art teacher for 35 years, her art career took a backseat, and only once she retired from teaching did she follow her passion full time. An Expressionist artist, Thomas’ signature style included paintings of bold colors reminiscent of mosaic patterns. An inspiration to many, Thomas had a solo exhibit at the Whitney Museum of American Art – the first female African-American artist to do so – plus her work has been shown at the White House. 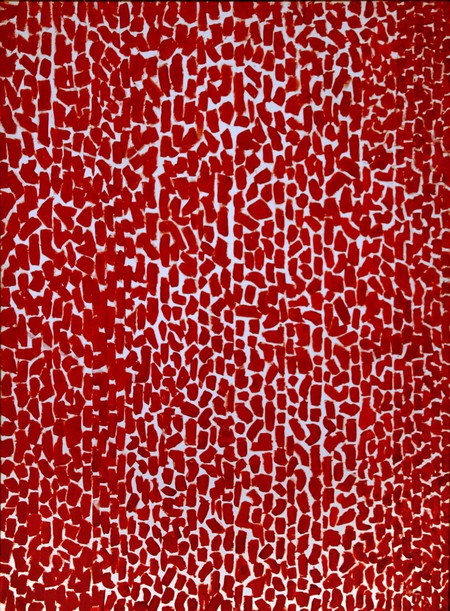 An American pop artist, Jann Haworth first became involved in the British Pop Art movement while studying in London. She then, along with her then-husband Peter Blake, designed the album cover for The Beatle’s Sgt. Pepper’s Lonely Hearts Club Band, and even won a Grammy for the design. She is also known for her soft sculptures – sculptures made out of canvas or cloth – and the famous SLC Pepper mural in Salt Lake City where she lives. Her colorful pieces have been shown in prestigious institutions across the world and are also in many permanent collections, such as the Tate Modern.