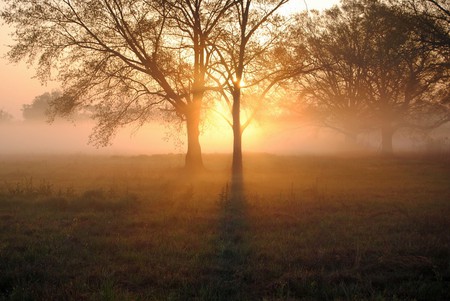 From the earliest motion pictures to the present, the American South has proved a sensational backdrop for Hollywood. Most recently, films like 12 Years a Slave have revisited the legacy of slavery, while Quentin Tarantino gave it the exploitation treatment in Django Unchained. Below are 10 masterpieces of the American South as movie set.

Bette Davis shines in one of her signature parts, as the matriarch of a decaying Southern Gothic family. This was a vivacious stage play that was given new life as this sordid early movie of post-antebellum wickedness.

James Agee adored this French/American production, which gave the great Jean Renoir an opportunity to turn his camera on sharecroppers and desperate southern poor. It’s a fable of a family sorely tested by the demands of the American South.

Night of the Hunter represents Robert Mitchum at his finest, as a crooked preacher on the trail of a secret fortune. As he murders his way into the lives of two children who hold the secret of the hidden money, Mitchum encounters Lillian Gish, the one-time silent film actress, as a hard-bitten protectress with “branches for many birds.”

Tony Curtis and Sidney Poiter star in the progressive crime caper, The Defiant Ones. A black and a white convict escape from their chain gang and cut a swatch across a treacherous bayou landscape that will force them to overcome their differences in order to survive.

This broiling pastiche of some of William Faulkner’s best-known stories presents Orson Welles at his most scene-chewing. But, he doesn’t manage to overwhelm the romance, which is a blistering technicolor marvel of studio-era Hollywood at its most melodramatic.

Somewhat neglected in the history of classic film, Wild River gives us Mongomery Clift as a TVA agent sent into the Deep South netherworld to convince a family of vicious hillbillies to surrender their property to the state so that it can be flooded as part of New Deal restoration efforts. Filled with surprising performances and with a still-relevant moral storyline, it’s a true American classic.

Another melodrama adapted from a sensational stage play, Inherit the Wind takes on the Scopes Monkey Trial. The result is a fable of faith, science, and bare humanity that beautifully illustrates the fault lines between tradition and progress that typify the South.

A riot of unintentional comedy, Reflection in a Golden Eye has got to be one of the silliest movies ever made. Forbidden desires flare between Marlon Brando and Elizabeth Taylor at their most unforgettably cinematic. It remains a great movie, and a true must-see, if only for the collision of these two giant egos battling for the camera as an unhappily-married couple lusting after everything but each other.

Robert Altman’s masterpiece of country music and dashed egos, Nashville is probably one of the best music movies ever made. Somehow managing to tell the stories of more than a dozen characters, it depicts the heart and soul of Southern showbiz while also featuring early, unforgettable roles for Jeff Goldblum and Shelley Duvall.

David Lynch’s white-hot, deeply sexual Southern odyssey, Wild At Heart, gives us Laura Dern and Nicolas Cage in their career-defining performances as Lula and Sailor Ripley. These two love-lorn outsiders are on the run from bounty hunters, Lula’s vengeful mother, and even the Wicked Witch of the West in a bizarre, nightmarish vision of Lousiana and Texas.