10 MCs Who Are Revitalizing Hip Hop in the US

For many hip hop fans, the golden age of hip hop was the 1990s, when the genre was defined by soul and jazz samples created by the likes of A Tribe Called Quest, The Roots, The Pharcyde, KRS One and others. The 2000s saw the mass commercialization of hip-hop dominated by glorified materialistic Gansta Rap, which lacked the poignancy of Public Enemy and N.WA. Recently, hip-hop has undergone a renaissance by returning to its counter-cultural origins. We check out the MC’s rejuvenating American hip-hop. 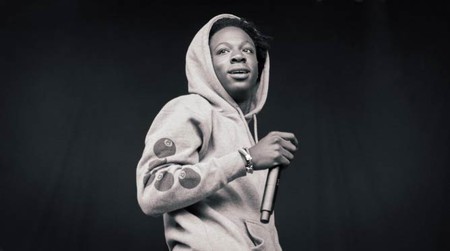 Born in 1995, Joey Bada$$ is currently one of the youngest successful hip hop artists having collaborated with ASAP Rocky and Kendrick Lamar before he was 18 years-old. Co-founder of the Pro Era collective, Bada$$ had released two mixtapes, 1999 and Summer Knights, with his debut album out in 2015. Bada$$ is notable for his aggressive vocal style, politically subversive lyrics packed with puns, wordplay and psychedelic symbolism. The sampling in his mixtapes tends to be low-key jazz rhythms overlaid with crisp beats. Bada$$’s Waves shows his talent at manipulating word sounds: ‘I know the landlord fed up with our lies/so we pray to the Gods, the Jahs, and the Allahs/to Keep us safe and watch our lives.’ 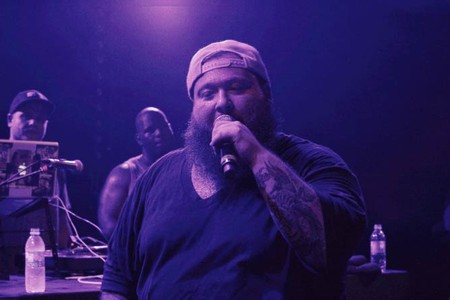 Originating from Queens in New York, Action Bronson’s rhymes about his favourite ingredients and recipes stem from his successful career as a chef prior to getting involved with hip hop. Having toured with Eminem and Kendrick Lamar, Bronson has established a firm place in rap since his first mixtape was released in 2011. Musically versatile, Bronson’s music samples jazz, funk, 80s pop and his latest single Easy Rider, samples a Turkish pop song from 1974. The single also clearly references the film of the same name with Jack Nicholson, referencing taking ‘acid for ten days straight up in the mountains’.

23 year-old Chicago rapper Mick Jenkins made his name in the last two years with a collaboration track with Chance the Rapper and his second mixtape release, The Water[s]. Jenkins visually stands out from the crowd because of his classy vintage appearance.The music video for Lack features Jenkins in a suit, stalking and lecturing a businessman while rapping about money obsession. Lyrically, Jenkins not only displays witty wordplay but uses consistent symbolism as part of moral and religious allegories in all his songs. Alongside his criticism of materialism, corruption and addiction, he repeatedly prescribes water and ginger ale to his listeners as a remedy for current social ills. 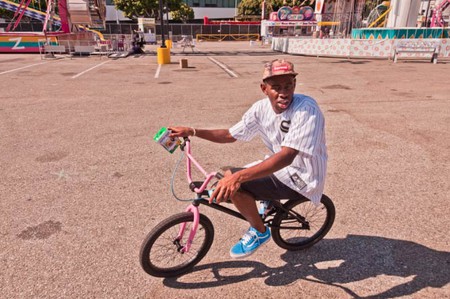 Self-releasing his debut album at the age of 18 in 2009, Tyler, The Creator has since risen to prominence in all aspects of the entertainment industry. Tyler owns his own record label, has released three albums, runs his own TV show, Loiter Squad, directs the majority of his music videos and designs his own brand of clothing. Musically, Tyler has developed his own sound, producing dark music with distorted DIY synth noise. More recently, Tyler has moved into experimental territory, particularly jazz. The song Tamale shows Tyler’s hybrid musical style and the vibrant silliness of his visual art and lyricism. 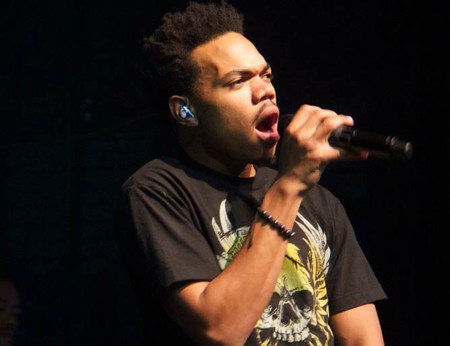 Chancelor Bennett a.k.a Chance The Rapper reached the big time after releasing his Acid Rap mixtape, which featured Twista, Action Bronson and Childish Gambino. Hype for Bennett built up throughout 2013 and 2014 as he was listed in magazines such as Rolling Stone, Pitchfork, Complex and XXL. Bennett’s style is that of fast and scattered rapping with blasts of hoarse singing to upbeat and soulful melodies. Recently he has collaborated with James Blake, Justin Bieber and has released new songs with The Social Experiment. 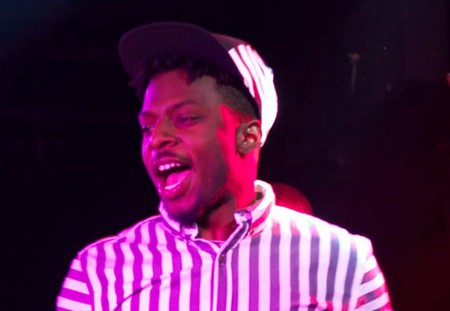 Born in Chattanooga, Tennessee, Isaiah Rashad is one of the newest additions to the TDE label, where legendary rapper Kendrick Lamar is also signed. Similar to many other new rappers, Rashad’s content sits squeezed between social mimicry and criticism. In Ronnie Drake he discusses that he can’t make money with socially conscious lyrics before spitting the lines, ‘came a long way from a boat and an auction/Now we got names and a vote, then a coffin.’ 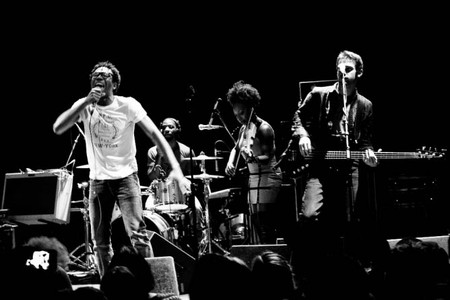 Childish Gambino is the rap alias of Donald Glover, who has written for 30 Rock, performed stand-up for Comedy Central and played in both Community, Adventure Time and Girls. It is somewhat contriversial to enjoy Childish Gambino for the ridiculous reason that he is not considered cool enough and has consistently been undervalue by Pitchfork. Despite this, his 2013 release Because The Internet was one of the most innovative music projects of any genre due to its multimedia format with an original screenplay and embedded videos. Gambino also played the character from his concept album in all his interviews, freestyles and live shows. Regardless of where critics stand on the quality of the screenplay or the originality of the music, Childish Gambino has raised the bar for American audience. 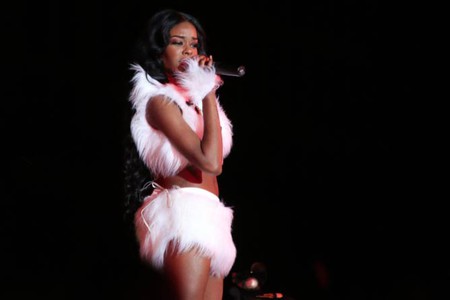 Azealia Banks rose to prominence in 2011 after releasing the hit 212. Unfortunately for Banks, her popularity was also overshadowed by the more commercially successful Iggy Azalea. Suffice to say that where Azalea falter, Banks picks up, singing and rapping with complex internal rhymes to house and lo-fi beats. Banks 2014 debut album Broke With Expensive Taste features Spanish raps to Latin rhythms in Gimme A Chance. Although Banks’ career has had a tumultuous start, it is sure to have a steady progression from here on in. 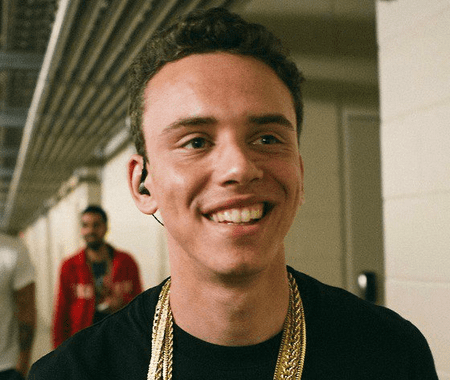 Hailing from Maryland, Logic was born in 1990 into a family afflicted with crime and drug addiction. The themes of addiction, struggle and the perseverance of youth feature prominently in his lyrics in works such as Growing Pains II. Logic’s mantra is explicitly to bring back 1990s vibes, soul, blues and jazz into hip hop – songs such as Gang Related sample KRS One while Metropolis samples Bill Withers to great effect. 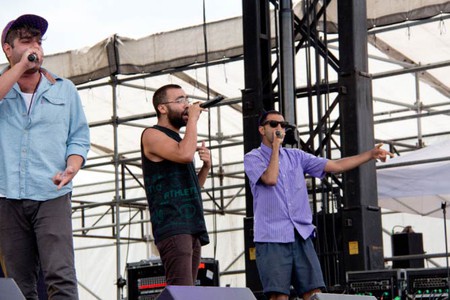 Once one-third of Das Racist, Kool AD has released numerous mixtapes, with his most recent solo mixtape being Word O.K. As an English Literature graduate, Kool AD’s lyrics are saturated with political and literary references, silly jokes and ironic redundant statements such as ‘Kool AD Kool AD, best rapper in the world’. Kool AD’s style of music is comparable to holding a distorting mirror up to hip hop, both a parody and a genuine attempt to continue expanding hip hop culture. The track, Arrested Development, featuring a Slum Village sample, shows his blazé, intelligent attitude.