10 Unsung Destinations in The US And Why You Should Visit 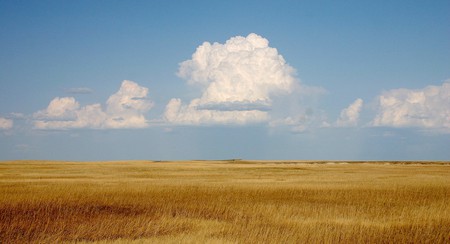 Tired of LA’s traffic, the Golden Gate, or New York’s never-ending buzz? The United States is a vast playground for wanderers, offering something for every travel preference. But often, visitors flock to the same popular big cities. From New England to the Mid-West, we look at some of the least popular states for tourism, and why they should be on your next vacation plan.

Though it borders some of the most populated of US states, West Virginia seems worlds away. The state is steeped in history, with prominence in the Civil War and the coal mining era. Today, adventurers flock to the Appalachian Mountains that cut right through the state for a plethora of outdoor activities. Spend your vacation hiking, fishing, biking or canoeing, then try a meal that is out of the ordinary in the city Marlinton: home of the annual RoadKill Cookoff. Not your cup of tea? Visit West Virginia during the summer months to experience the Augusta Heritage Festival, which centers on the preservation of American folk music. Before you go, be sure to listen to John Denver’s ‘Country Roads,’ you might just find yourself agreeing with him. 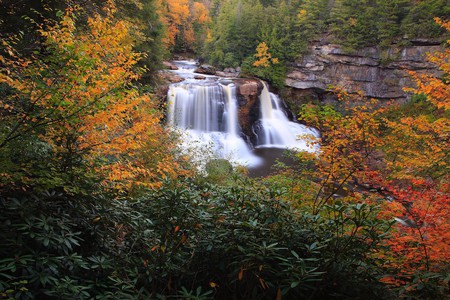 If you’re looking for a quiet place to enjoy stunning mountains, Vermont fits the bill. The state is the second least populated in the country, and offers visitors a true respite from noise and crowds. Lake Champlain stretches across most of the state’s western border with New York, and is popular for boating and fresh-water fishing. Before the snow starts coming down, the Green Mountain State is one of the best places to take in the changing colors of autumn. Once winter does hit, Vermont really heats up. The mountainous terrain is perfect for cold-weather activities, and is home to a staggering number of resorts for alpine and Nordic skiing, snowboarding, and snowshoeing. Be sure to sample some of Vermont’s famous maple syrup while you’re there. 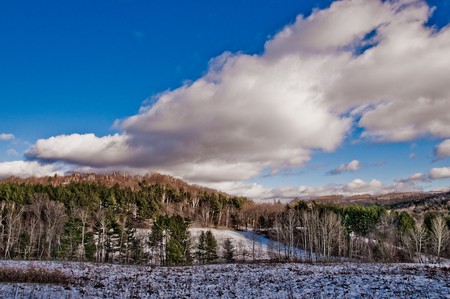 If you’re thinking of wide open flatlands, you’re selling Nebraska short. Sure, this state is part of the central US’ Great Plains system, but the natural landscape of the land is rich and diverse. In the prairie areas, you’ll find large open spaces, with big skies and majestic miles of corn and wheat. Travel south of the state’s capitol, Omaha, to Platte River State Park. The protected lands are situated on the bank of the Platte river, and offer stunning hiking and outdoor activity. For a taste of the Old West, follow the Oregon Trail to two important points in Nebraska: Courthouse Rock and Chimney Rock. Both rock formations are notable landmarks that kept pioneers on the right track during the westward expansion. For something truly unique, stop by Kool-Aid Days: an annual festival where Nebraskans celebrate their home-grown, colorful concoction. 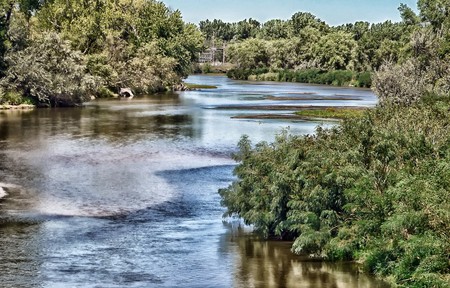 New Hampshire is a veritable playground, with year-round attractions. During the winter, the state boasts some of the highest peaks in New England, ideal for skiing and snowboarding. A number of world-class resorts offer ski-and-stay opportunities for those looking to shred some powder. For high adventure without the snow, hike, bike, or explore the trails of White Mountain National Forest. During autumn, it is one of the best places to view the colorful fall foliage. For family-friendly fun, head north to Mount Washington and its Cog Railway. Ride to the top of Mount Washington and take in the views at over 6,000 feet. On a clear day, you can see Canada to the north, and the Atlantic ocean to the east. If you’re looking for something completely different, and a bit kitschy, take in some holiday spirit any time of year at Santa’s Village in Jefferson. The Christmas-themed park has been running for over 60 years and features rides, shows, and a water park – all with a touch of red and green. 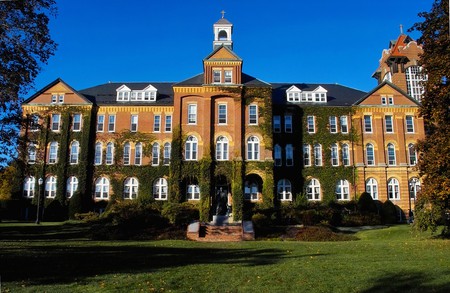 It may be surprising to see Maine on this list, as its lighthouses and lobster rolls are quintessentially American. But, along with the others, this state has one of the lowest records for hotels booked for tourism. Perhaps Maine residents are just trying to keep their beautiful home to themselves. With hundreds of miles of coastline, there are endless opportunities for boating and beach fun. Visitors absolutely must visit one of the dozens of antique lighthouses along the water’s edge for a unique look at US maritime history, and unparalleled views of the coast. On a hot summer’s day, try cooling off in the cool, fresh water at Lawson’s Quarry. The inactive granite quarry is located on the Fox Islands, outside of Vinalhaven, and just a short ferry ride from Rockland.

Yes, Rhode Island is tiny, geographically-speaking. But what it lacks in size, it makes up for in grandeur. From stunning seascapes, to world-class wineries, to important historical sights, this state has it all. Catch some sun and surf along its over 380-mile shoreline on the Atlantic Ocean and Narragansett Bay. Or, get out and explore the unique Block Island, located 13 miles off the coast. The island has a small, charming town, and can be reached by ferry from the historic Point Judith Lighthouse. For a great view of indigenous wildlife, plan a trip to Prudence Island for excellent bird-watching at the Prudence Conservancy, or catch a glimpse of harbor seals at the National Estuarine Research Preserve. Newport County was once a popular summer destination for wealthy New Yorkers, and many of its austere mansions can be visited by the public. 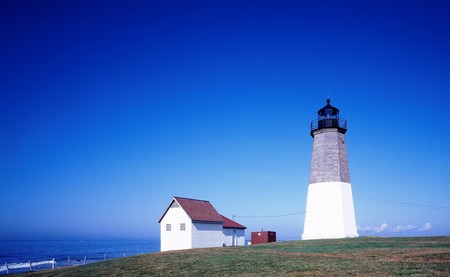 The lyrics to the famous American folk song ‘Home on the Range’ were written in the 1870s in Kansas. The song describes an idyllic western landscape with expansive skies and deer and antelope living naturally and peaceably. This picturesque scene still exists today in Kansas, and is the stuff that homesteader dreams are made of. But in addition to those sprawling plains, Kansas offers culture and excitement that may be surprising. Though it isn’t the capital, Wichita is the state’s largest city, and is walkable and urban, with great shopping, restaurants, and nightlife. But if you’re really looking to rough it, go hiking in the Flint Hills, or saddle up at Moore Ranch, a family-owned dude ranch where you can ride horses, camp out, and get a taste of ranch life.

Arkansas may not be the first Southern US state on tourism lists, but maybe it should be. Join in on a part of American history at the country’s only public diamond mine. Located in Murfreesboro, visitors can learn about diamond mining, and try their hand at searching for the precious stones. Civil War buffs can see a number of sites where battles were fought on Arkansas soil, which was then part of the ceded Confederacy. The state’s capital, Little Rock, offers city amenities, including a symphony orchestra, art galleries, theaters, and its own ballet company. For country music enthusiasts, Johnny Cash’s boyhood home, part of the historic Dyess Colony, is open to the public, and has a collection of memorabilia dedicated to the iconic late artist. 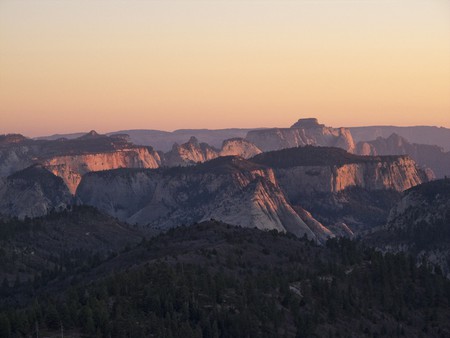 With over a dozen state parks, North Dakota has no shortage of things to do. Learn about the area’s history and the rugged Dakota territory at Lewis and Clark State Park, or Fort Abraham Lincoln. The state shares its northern border with Canada, where you can visit the International Peace Gardens: a 23,00-acre friendly project between the two countries that provide lush greens, sculptured hedges, and vibrant floras. Stop by the Knife River Indian Villages National Historic site, and see what life was like for the Northern Plains Indians that once inhabited the area, and survived off of plentiful buffalo herds. For an unexpected art experience, drive 90 miles west of Bismarck to find the Enchanted Highway, where you can see 8 large-scale sculptures. The pieces are made of scrap metal and depict birds, fish, tin families, and deer. The project is intended to draw tourism to the small towns that make up rural North Dakota.

Though the southwest corner of Connecticut is only 100 miles from New York City, most of the state is calm and quiet. Experience all that New England has to offer, from outdoor activities in the many forests, rivers, and lakes, to historic sites dating back to even before the Revolution. The state is home to Yale University, which was founded in 1701 and is one of the country’s oldest universities. The school’s campus is a great place to explore architecture that feels decidedly European. Literature lovers can tour the home of author Mark Twain, and learn about his life in Hartford. Step back in time and experience a piece of Connecticut marine history at Mystic Seaport. The site is a living-history museum with large sailing ships, boats, and an entire village, depicting life in a 19th century seaport.