10 Inventions No One Thought Would Be a Success 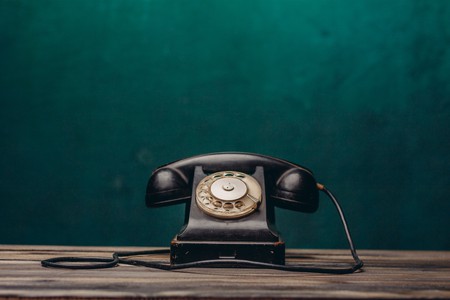 Some inventions of yesteryear are now so ubiquitous that it’s hard to imagine modern life without them, but during their early days of development the creations of many inventors were met with ridicule and scorn. Here are 10 inventions – from American inventor Thomas Edison’s light bulb to the cellular phone – that naysayers falsely predicted were doomed to fail.

One of the most prolific inventors in 19th-century America, Thomas Edison was awarded 1,093 patents in the USA alone and one of his most famous, influential creations was the first commercially viable electric light bulb (note the use of ‘first commercially viable’). Far from excited about the prospect of affordable electricity in every home, Edison’s light bulb was met with scorn: scientist Henry Morton of the Stevens Institute of Technology predicted the invention would be ‘a conspicuous failure’ and a British parliamentary committee, apparently determined to keep Old Blighty in the dark ages, concluded the light bulb was ‘good enough for our transatlantic friends … but unworthy of the attention of practical or scientific men.’ 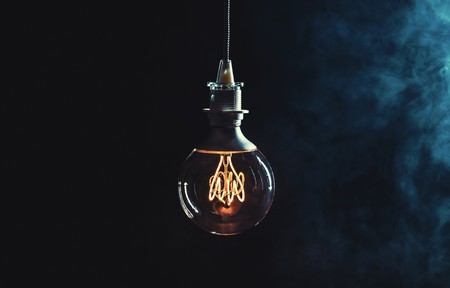 It seems as though Thomas Edison learned little from his own naysayers, and in fact was a critic of one of the most widely used inventions today. Edison was a proponent of direct current power systems and frequently ridiculed Nikola Tesla’s model of alternating current, despite it being a more efficient and practical method of supplying power. In the late 19th century, American inventor and entrepreneur George Westinghouse – who had acquired Tesla’s patent and was a major competitor of Edison’s – was on the receiving end of choice barbs including Edison’s wildly inaccurate prediction that ‘fooling around with alternating current is just a waste of time. Nobody will use it, ever.’ 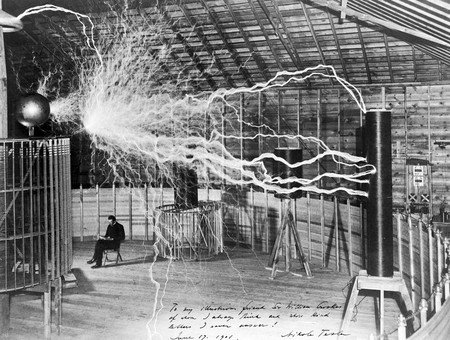 In 1876, Scottish-born Alexander Graham Bell became the first inventor to be granted a patent for the telephone – a historic moment which has seen him bestowed with the title, ‘Father of Modern Communication’ – and set about selling his invention. Bell approached American communications company Western Union and offered them rights to his patent for $100,000, but company bigwigs balked at the proposal citing the ‘obvious limitations of his device, which is hardly more than a toy.’ Undeterred, Bell established the Bell Telephone Company in 1877 and less than a decade later over 150,000 people were the proud owners of telephones in the USA.

In 2013, TV Technology estimated that more than 1.4 billion households worldwide owned at least one television set – a phenomenon that naysayers would have balked at in the early days of television. In 1926, one year after Scottish inventor John Logie Baird gave the first public demonstration of a working television in London, American radio pioneer Lee De Forest proclaimed the device a commercial and financial impossibility, calling it ‘a development of which we need waste little time dreaming.’ 20 years later people still weren’t convinced, with film producer Darryl Zanuck stating in 1946 that ‘people will soon get tired of staring at a plywood box every night.’ 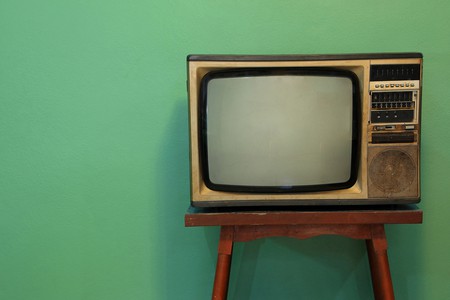 Sometimes even inventors themselves can be a tad short-sighted about their own creations. In 1901, following a few disappointing experiments with their early gliders, Wilbur Wright proclaimed ‘Man will not fly for 50 years,’ yet just two years later the Wright Brothers would make history when they successfully flew the world’s first powered aircraft over Kitty Hawk, North Carolina. Later in 1933, following the maiden flight of the world’s first modern passenger aircraft – the 10-seater Boeing 247 – an engineer is reported to have claimed: ‘There will never be a bigger plane built.’ 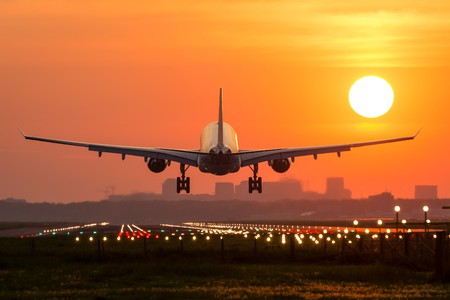 In 1899, The Literary Digest magazine had this to say about automobiles: ‘The ordinary ‘horseless carriage’ is at present a luxury for the wealthy; and although its price will probably fall in the future, it will never, of course, come into as common use as the bicycle.’ Four years later, Detroit lawyer Horace Rackham was advised by the president of the Michigan Savings Bank that ‘the horse is here to stay but the automobile is only a novelty – a fad,’ before he bought stocks in Henry Ford’s Ford Motor Company. Thankfully Rackham ignored this advice and in 1908, the Ford Motor Company designed the Model T automobile which by 1918 would make up half of the total cars in America. 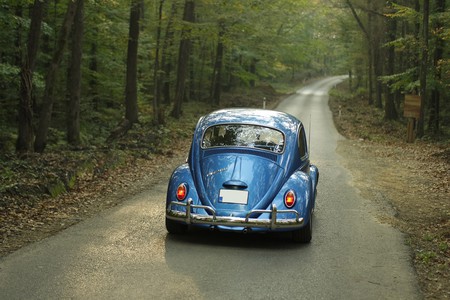 During the early 20th century pioneers like Russian rocket scientist Konstantin Tsiolkovsky were developing theories as to how humankind could explore space via rockets, but as with most trailblazers they were often met with derision. In another short-sighted moment in the 1920s, Lee De Forest said of space travel, ‘I am bold enough to say that such a man-made voyage will never occur regardless of all future advances’ while The New York Times similarly stated: ‘A rocket will never be able to leave the Earth’s atmosphere.’ A few decades later in 1961, Russian cosmonaut Yuri Gagarin would become the first human to journey into space and by 1969, American spacecraft Apollo 11 successfully travelled to the moon. 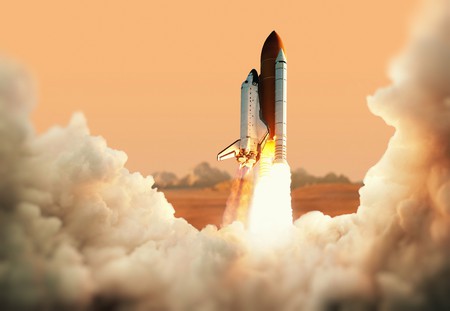 Life without computers is practically unimaginable today, but in 1949 – one year after the world’s first stored program computer, the Small-Scale Experimental Machine, made its debut in Manchester, England – a Hungarian-American mathematician declared: ‘We have reached the limit of what is possible to achieve with computer technology.’ Even as the capabilities and functions of computers grew, the now ubiquitous device had its naysayers with Ken Olson – founder of computer company Digital Equipment Corp – saying in 1977, ‘There is no reason anyone would want a computer in their home,’ though by 2012 nearly 80% of all American households owned a computer. 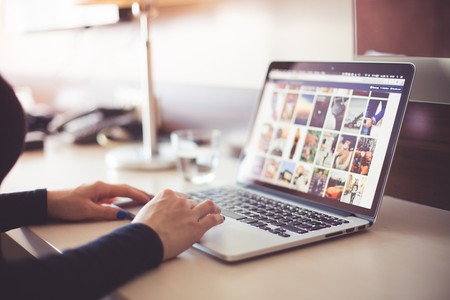 The savior of the lazy, online shopping ditches the hassle of hordes of fellow shoppers and seemingly never-ending queues and in one quick click practically anything can be conveniently delivered to our doors. It’s popular, too – in 2012, American shoppers spent around $231 billion shopping online, but in 1966 the idea seemed doomed at least to Time magazine. In an article titled ‘The Futurists: Looking Toward A.D. 2000,’ the magazine claimed: ‘Remote shopping, while entirely feasible, will flop – because women like to get out of the house, like to handle merchandise, like to be able to change their minds.’ 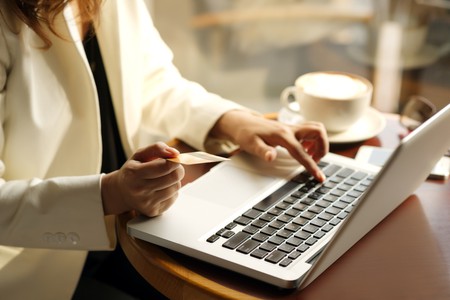 Hearing about early reactions to the humble landline telephone, it’s perhaps unsurprising that people failed to foresee the potential for a phone that could be easily transported (barring those ridiculously large cell phones popularized in the 1980s) and used on the go. Even cell phone pioneer Motorola failed to foresee its own potential: in 1981, Motorola’s then director of research Marty Cooper, who just eight years earlier had made the world’s first phone call by cell phone, stated that ‘cellular phones will absolutely not replace local wire systems. Even if you project it beyond our lifetimes, it won’t be cheap enough.’