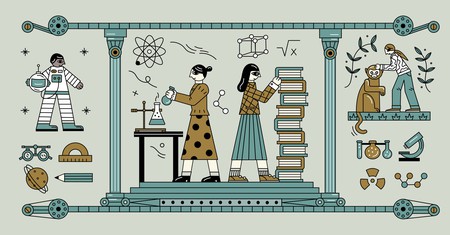 Women in the sciences have long faced unfair prejudices and setbacks because of their gender. These obstacles deter many women before they even have a chance to pursue studies in such fields. Still, some truly remarkable women have triumphed, and their work has inspired countless others. It may not have always been easy, but these incredible women defied our perceptions of what is possible, not only by breaking gender barriers but by making huge scientific advances on behalf of humankind.

Margaret Hamilton is an American computer scientist that helped develop the computer software for the 1969 Apollo space mission. After she graduated with a mathematics degree, she taught high school math and French to help support her husband during his time at Harvard. Shortly after, she wound up taking positions in various departments at MIT developing software. She ultimately joined the Charles Stark Draper Laboratory that was working on the Apollo mission, where she played a crucial role in guiding the team through some of the mission’s most critical moments. One of the most famous photos of Hamilton is her standing next to several large volumes of her hand written computer code that was responsible for a successful Apollo mission. They are taller than she is.

Ada Lovelace was an English writer and mathematician who worked on one of the world’s first computers. She helped develop the necessary algorithm for the machine to use in order to function. For this reason, she is often regarded as the world’s first computer programmer. From a young age, her mother encouraged her interests in logic and mathematics. Lovelace’s education introduced her to a network of British intellectuals including Mary Somerville, Michael Faraday, and Charles Dickens. Lovelace dabbled in many different scientific disciplines and began work on the first computer after becoming acquainted with its inventor, Charles Babbage. She also posited that computers could someday do more than simply calculate numbers. 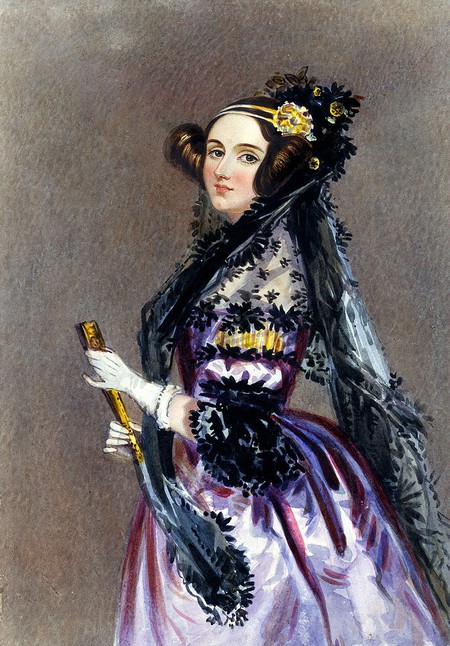 Marie Curie was a French–Polish chemist and physicist. She was the first woman to win a Nobel Prize and the only woman to have earned two of them. Compounding this achievement, no other person had ever won Nobel Prizes in two different sciences: physics and chemistry. Her work, most notably, developed the theory of radioactivity, as well as the discovery of two radioactive elements: radium and polonium. She was also the first female professor at the University of Paris, and heroically ran 20 field hospitals during World War I. To commemorate her life’s many achievements, Curie was the first woman to be laid to rest in the Panthéon on her own merit. 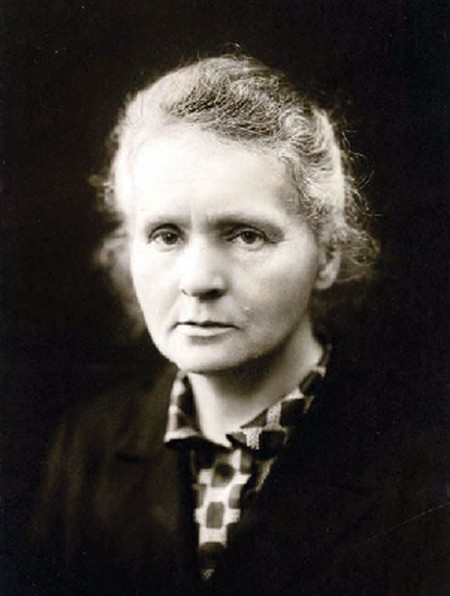 Jane Goodall is a British primatologist and the world’s leading expert on chimpanzees. Goodall was passionate about African wildlife even as a small child. When she was 23, she visited a friend’s farm in Kenya where she applied for a secretarial job under archaeologist and paleontologist, Louis Leakey who was secretly looking for a new chimp researcher. She studied chimps for 55 years at the Gombe Stream National Park in Tanzania where her unique, more personal approach to study unearthed new information about chimp family and social life. Thanks to her work, she debunked conventional notions that only humans have complex emotions and the ability to use tools. Goodall has also worked extensively on animal welfare issues and conservation. 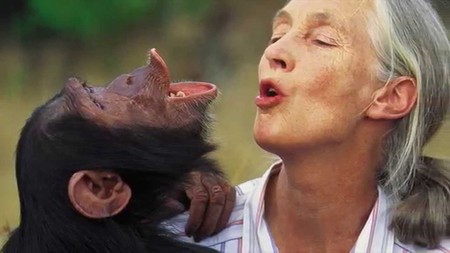 Mae C. Jemison was the first African American woman to be admitted into the astronaut-training program as well as the first African American woman to travel into space. She entered Stanford University at the age of 16 where she studied chemical engineering and African American Studies. Following graduation, she decided to go on to study medicine at Cornell University and subsequently worked as a general practitioner. Jemison chose this path over becoming a professional dancer. After six years of working with NASA, she founded the Jemison Group where she works to improve healthcare in Africa. She is also the only real astronaut to ever have a role on Star Trek! 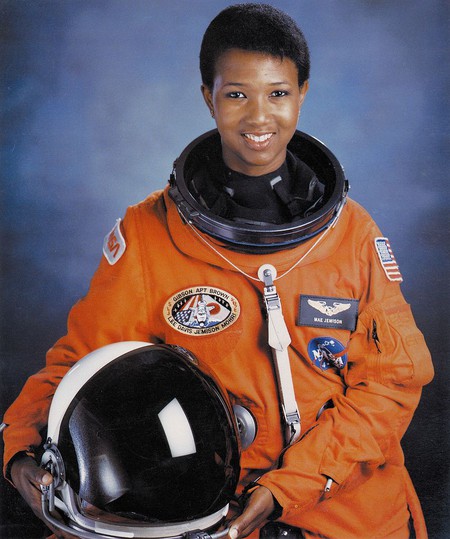 Lise Meitner was an Austrian physicist who first observed the nuclear fission of uranium when it absorbs an extra neutron. She spent the early part of her career as a physics professor in Germany, but she lost the position due to the institution of anti-Jewish race laws under the Nazi regime. She then fled to Sweden where she lived for several years and became a citizen. Meitner was unjustly excluded from the Nobel Prize for the discovery of nuclear fission in uranium, though she did receive many other accolades for her work. Her scientific discoveries have had many highly significant practical applications, as nuclear fission is the most fundamental aspect of generating nuclear power. 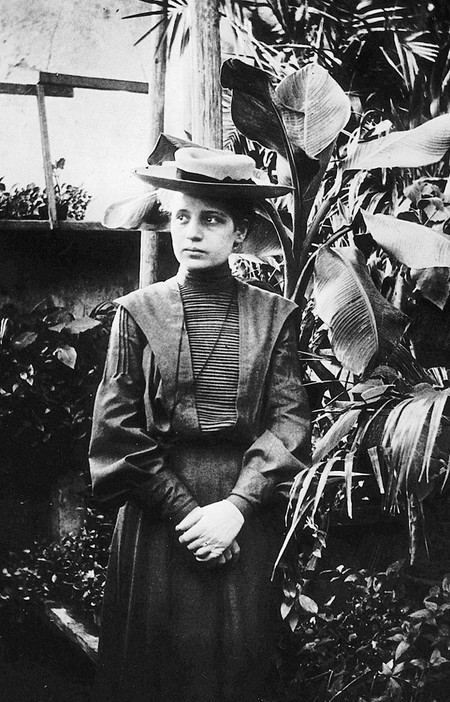 Born in Harlem in 1943, Patricia Bath was the first African American woman to complete an ophthalmology residency as well as the first female faculty member at UCLA’s Jules Stein Institute. She went on to obtain a medical patent, another first for an African American woman. The patent was for the Laserphaco Probe, which is used to treat cataracts. Bath also founded the American Institute for the Prevention of Blindness under the premise that eyesight should be viewed as a basic human right. She was the only woman to serve as the chair for UCLA’s Ophthalmology Residency Training Program, which she also founded. 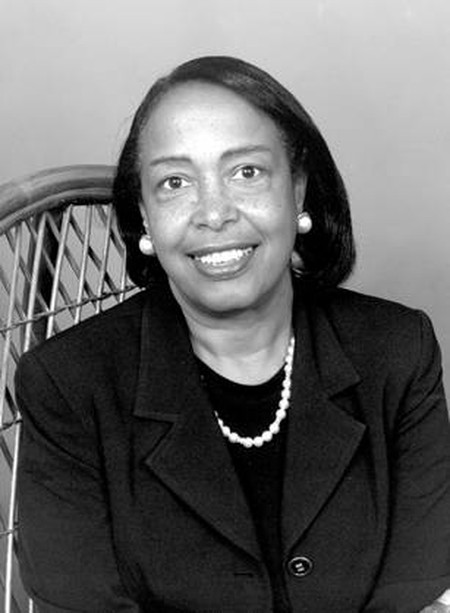 Rachel Carson was a biologist and bestselling author, most celebrated for her 1962 novel, Silent Spring. The conservationist themes of this book had an important impact on furthering the global environmentalist movement. Specifically, Silent Spring warned the world about the negative impacts of pesticides and fertilizers. The publication of the book resulted in a ban on several pesticides in the United States, including DDT. The book also had a role in the creation of the US Environmental Protection Agency and served as the inspiration for many grassroots environmental groups. Carson is remembered for her environmental activism and her ability to elegantly articulate scientific information to the public, thus spurring their interest in the natural environment. 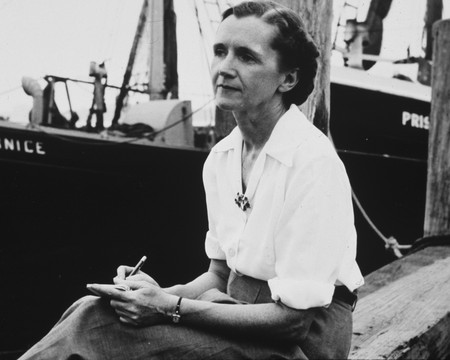 Jennifer Eberhardt is a renowned social psychologist whose studies have pioneered our understanding of the brain mechanisms that drive prejudice and their effects on social relationships. More specifically, her studies focus on the ways that people profile one another based on race and measure of social inequality within the context of criminal behavior. She is a professor at Stanford University and works with law enforcement to reform current policing practices and form better relationships with the communities they serve. This work is highly prevalent in the United States and it might hold the key for eliminating racial profiling of African Americans among the police. In 2016, Eberhardt was elected a member of the National Academy of Sciences. 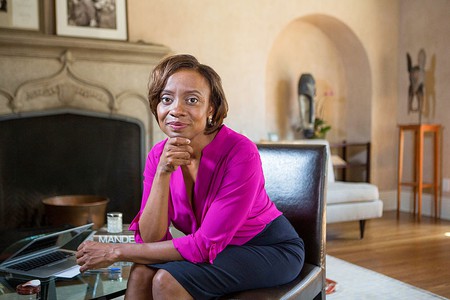 Maryam Mirzakhani is an Iranian mathematician and professor at Stanford University. Mirzakhani was not only the first Iranian, but also the first woman to win the Fields Medal, the highest honor for a mathematician, since there is no Nobel Prize for this field. Her contribution to mathematics lies in her understanding of geometry, the symmetries of curving surfaces, and the mathematical relationships between twisting and stretching surfaces. At the time of her award, the International Mathematics Union regarded her work as ‘astounding,’ and she also received personal congratulations from Iran’s President Hassan Rouhani for her brilliant contributions to mathematics.