Nashville Parthenon|© Will Powell/Flickr
Going overseas just not your thing? You can see replicas of many of the world’s most famous monuments right here in the United States of America. You’re probably familiar with the minis found in Las Vegas, like the Eiffel Tower and faux-Trevi Fountain, but here’s a list of some of the lesser-known but incredible replicas you can travel to domestically.

Foamhenge is an art installation created in the likeness of England’s Stonehenge by Mark Cline in 2004. The foam stones began to deteriorate by 2015, and the installation will reopen in a new home at Cox Farms in 2017. Take a strictly faux-henge tour throughout the U.S; there are other, unrelated Stonehenge replicas in Maryhill, Washington; Hunt, Texas; and Odessa, Texas. 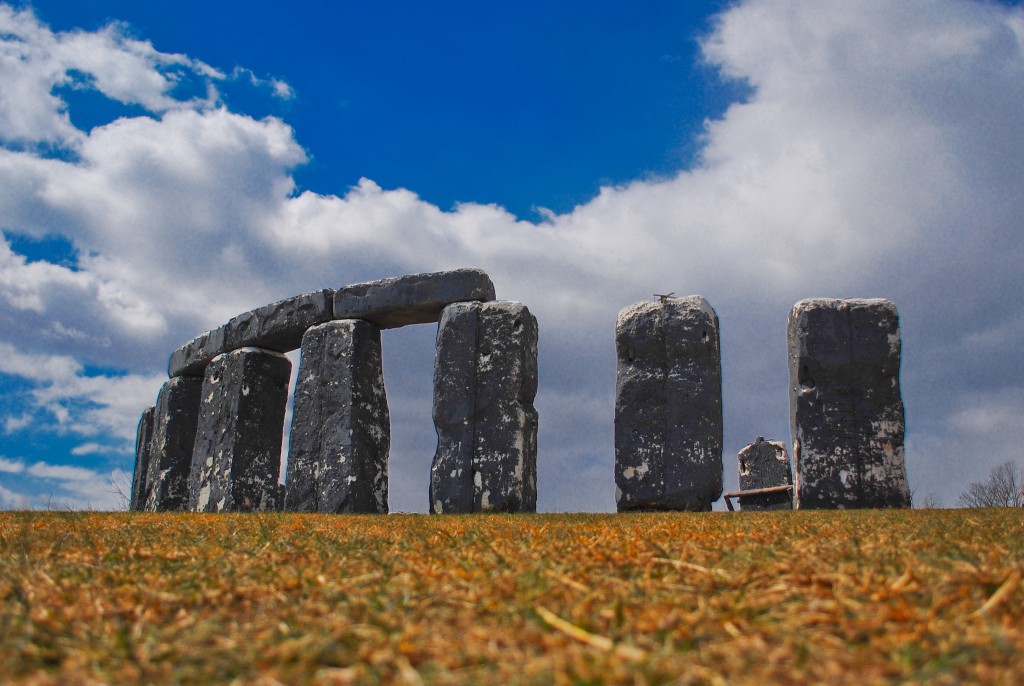 Hindu Temple
Jasmine Hill Gardens in Wetumpka, Alabama, hosts the only life-size replica of the Temple of Hera, the Greek temple that hosts the Olympic flame. The garden, originally opened as “a little corner of Greece,” also hosts many other Grecian statue replicas throughout the museum. The museum’s foundation seeks to fund programs that promote the art, history, and horticulture of Greece.
Looks like it's closed Hours or services may be impacted due to Covid-19
More Info
Open In Google Maps
3001 Jasmine Hill Road, Wetumpka, Alabama, 36093, USA
+13345676463
Visit website
Visit Facebook page

This Eiffel Tower does have one obvious difference from its predecessor in Paris, France: a giant cowboy hat sits atop the structure. It was built in honor of the city’s namesake, but it isn’t the only Eiffel Tower replica in the U.S. (Las Vegas hosts the largest). It’s also no the strangest attraction in the area – make sure to stop by the cowboy boot-wearing Jesus grave marker and dragon statue while in Paris, Texas. 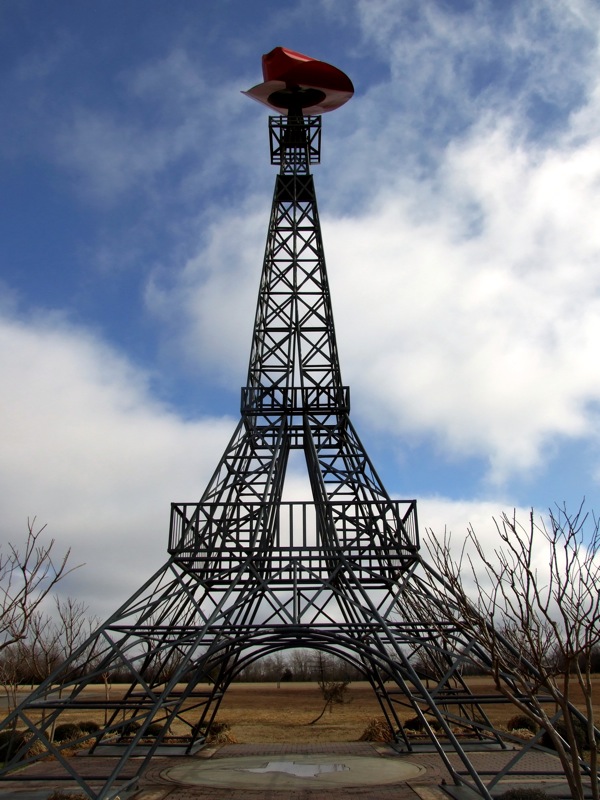 Building, Museum
Map View
Nashville Parthenon | © Rex Brown/Flickr
Nashville’s Parthenon looks strikingly similar to the version in Greece, and both the building and statue of Athena are the same size as the originals. This replica was originally built for the Tennessee Centennial Exposition in 1897 to honor the original’s classical and world-renowned architecture. The Parthenon now serves as an art museum as well as a beautiful welcome to Nashville’s Centennial Park.
More Info
Open In Google Maps
2500 West End Avenue, Midtown, Nashville, Tennessee, 37203, USA
+16158628431
Visit website

Bowling Alley, Shop, Sports Center
Map View
Memphis pyramid | © sawdust_media/Flickr
Memphis, Tennessee, sought to pay homage to Memphis, Egypt, with this glass replica of Egypt’s most recognizable symbol: a pyramid. The structure was built from 1954 to 1989, and plans for its interior changed multiple times before it became an arena for a short time. What’s inside this great pyramid today? Something wholly American – an enormous Bass Pro Shop “megastore” complete with a hotel, restaurants, and a bowling alley.
More Info
Open In Google Maps
1 Bass Pro Drive, Uptown, Memphis, Tennessee, 38105, USA
+19012918200
Visit website

The Cathedral Basilica of the Assumption

Building, Cathedral
Map View
Covington Cathedral Basilica of the Assumption | © Anthony/Flickr
Inspired by the Notre Dame in Paris, France, the Cathedral Basilica of the Assumption‘s was partially built in Covington, Kentucky. Construction started in 1894 but stopped in 1915, and the building remains unfinished. This replica is one-third the size of its original, but does host one of the world’s largest stained glass windows as well as 80 other artistically created panes.
More Info
Open In Google Maps
1140 Madison Avenue, Eastside, Covington, Kentucky, 41011, USA
+18594312060
Visit website

Building
Map View
Leaning Tower of Niles | © Ken Lund/Flickr
Half the size of the Leaning Tower of Pisa in Italy, the Leaning Tower in Niles, Illinois, was built in 1934 as a fancy means to store water for the village’s outdoor recreational swimming pools. Last year, the village announced they will spend nearly $600,000 in repairs to spruce up the tower, which has also been updated since its initial unveiling with four fountains and a swimming pool in the plaza.
More Info
Open In Google Maps
6300 West Touhy Avenue, Niles, Illinois, 60714, USA
+17639234779
Visit website

There is one replica worth seeking out in Las Vegas: a full-scale replica of King Tutankhamen’s tomb. This $3 million version of the ancient Egyptian pharoah’s resting place was originally constructed for the pyramid-shaped Luxor Casino. It now resides inside the Las Vegas Natural History Museum, and the 500 nearly identical faux antiques inside provide an educational attraction in an otherwise party-centric destination. 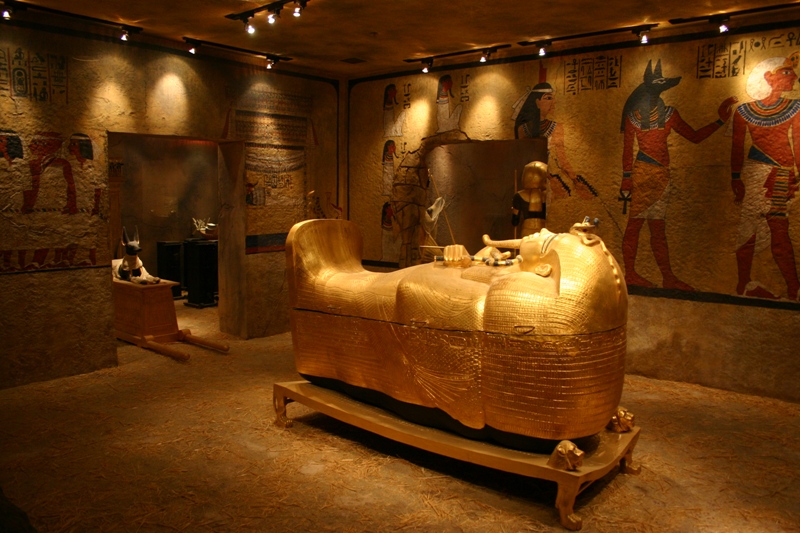