The Best Fashion Photographers of All Time 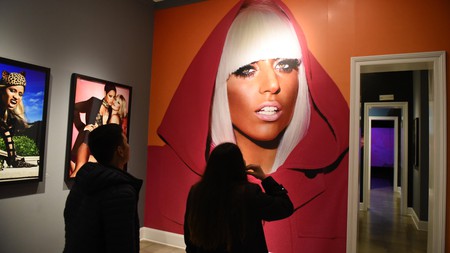 WMTCRJ Lima, Peru. 04th Sep, 2019. A portrait of Lady Gaga at the Mate museum during the exhibition in Lima.Mario Testino exhibition "Alta Moda" is the result of a five-year project that investigates both Peruvian traditions and the history of photography at the Mate museum in Lima. Credit: SOPA Images Limited/Alamy Live News | © SOPA Images Limited / Alamy Stock Photo

The fashion industry’s most successful photographers have a way of capturing the zeitgeist of culture and style, and creating new worlds with their storytelling. We round-up the best fashion photographers of all time, including Annie Leibovitz, Peter Lindbergh and Nick Knight, who between them have shot royals and celebrities and set the tone for whole eras. 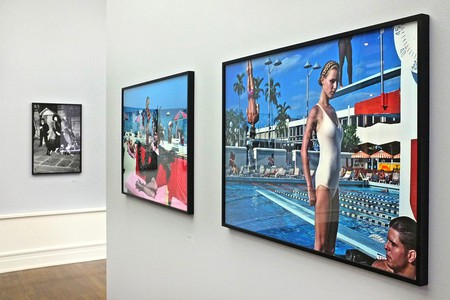 Helmut Newton, the ‘King of Kink’, was one of the most iconic fashion photographers to have lived. He was honoured with many awards throughout his career, and today his provocative and distinctive black-and-white images are still incredibly recognisable. In 1957, Newton landed a contract with British Vogue, and from then on worked with clients from Harper’s Bazaar to Playboy. The French photographer’s most iconic image is ‘Le Smoking‘, featuring a model smoking a cigarette in an Yves Saint Laurent suit on Rue Aubriot in 1975 Paris.

Having photographed Italian Vogue covers every year between 1988 and 2018, along with practically every Prada campaign since 2004, Steven Meisel is one of today’s most important photographers. He is best known for his controversial fashion editorials, like staging model’s in a mental institute for Italian Vogue – but his portfolio also includes commercial images for clients like Barneys New York, Perry Ellis, Valentino, Versace and Gap. The American photographer is also close with celebrities, and in addition to shooting with Mick Jagger, Tina Turner and Whitney Houston, he is the man behind Madonna’s 1984 album cover, Like a Virgin.

Richard Avedon was an American fashion and portrait photographer, known for capturing emotion and personality in his images. During his career, he shot a total of 148 Vogue covers and was one of legendary fashion editor Diana Vreeland’s staff photographers – bringing her visions to life by shooting imaginative and exotic fashion stories. Avedon was also behind many notable fashion advertisements of his time, including a Calvin Klein campaign with 15-year-old Brooke Shields, Revlon’s ‘The Most Unforgettable Women’ campaign, and an advertisement series for Gianni Versace in the 1980s.

Mario Testino, one of the more contemporary photographers on this list, captures candid and glamorous shots of famous figures. The photographer, who’s originally from Peru, saw his career skyrocket in 1997 when he photographed Princess Diana for a Vanity Fair cover. With a sharp and vibrant style, his works include a mix of cultural and commercial, and his clients span Burberry, Gucci and Dolce & Gabbana, as well as fashion magazines like Vogue and Vanity Fair.

Annie Leibovitz is an American photographer with one of today’s most distinctive and imaginative aesthetics. She is known for shooting celebrities, as well as magical fashion stories like Alice in Wonderland-themed editorials in Vogue. Early on in her career, in 1973, Leibovitz became the chief photographer for Rolling Stone before joining Vanity Fair and working for Vogue. In addition to magazine work, she created successful campaigns for clients like American Express and Gap. Her most iconic images include a photograph of Hilary Clinton in 1998, which was Vogue’s first cover with a First Lady, and her famous shot of John Lennon naked next to Yoko Ono, taken just a few hours before he was killed. 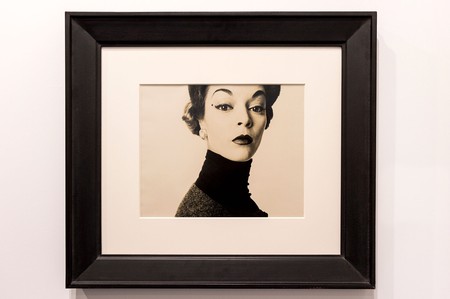 American Irving Penn was one of the 20th century’s most influential photographers. In addition to shooting portraits and fashion editorials, he was known for capturing modernist still life images of food, metal, bones and other small objects; in 1943, he photographed Vogue’s first and only still life cover. With an artistic background, Penn studied drawing, painting, graphics and industrial artwork at the Philadelphia Museum School of Industrial Art (now the University of the Arts), which he translated into his photography. His career lasted for almost 70 years and his clients included Vogue, Issey Miyake and Clinique.

Paolo Roversi is known for dreamy images, which often have dark undertones. He’s an Italian-born contemporary photographer and his works have been featured in Marie Claire, the Italian editions of Vogue and Harper’s Bazaar, while he’s shot campaigns for avant-garde brands like Yohji Yamamoto and Comme des Garçons. Roversi’s career began in the mid 1970s, when British photographer Lawrence Sackmann took him on as assistant and taught him the ins and outs of professional photography.

British photographer David Bailey captured the spirit of the Swinging ’60s. In 1960, Bailey landed a contract as a fashion photographer for British Vogue while also doing a lot of freelance work, photographing iconic figures of the time like The Beatles, Andy Warhol, Mick Jagger Jean Shrimpton, and notorious East End gangsters, the Kray twins. The film Blowup (1966), directed by Michelangelo Antonioni, was inspired by Bailey — and in 2012 the BBC made a film of his iconic 1962 photoshoot with Jean Shrimpton, called We’ll Take Manhattan.

Bruce Weber’s first fashion images appeared in GQ magazine during the late 1970s. The American photographer and occasional filmmaker is best known for his classic Americana style and fresh way of portraying male models; his images are known to feature a lot of skin and he often displays men wearing only their underwear. It was controversial from the start, but made him one of the most iconic fashion photographers. In the 1980s and 1990s, he went on to revolutionise men’s fashion photography with campaigns for brands like Calvin Klein, Ralph Lauren and Abercrombie & Fitch, as well as spreads in magazines like Vogue, Elle and Vanity Fair. 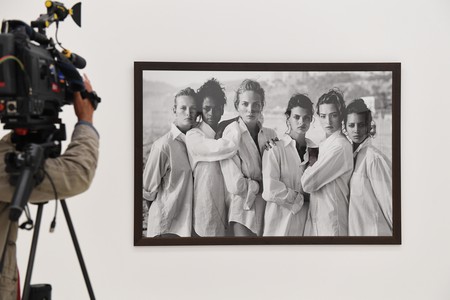 German photographer and director Peter Lindbergh is known as one of the first photographers to incorporate narratives into his editorials, and is recognised as the man behind the supermodel era in the 1990s. He started photographing Naomi Campbell, Christy Turlington, Cindy Crawford and Linda Evangelista among others in a new and timeless way, which humanised them and enhanced their natural beauty. His portfolio includes Anna Wintour’s first cover of Vogue in 1988, and he has directed a number of critically acclaimed movies, documentaries and short fashion films. Today, Lindbergh’s powerful, honest and intimate black-and-white portraits are considered among the best in contemporary fashion.

British photographer Tim Walker might just be one of the most inventive fashion photographers around. He is known for his romantic styling and extravagant staging – think Harry Styles spilling out of a surreal sculpture, or a dark re-imagining of Alice in Wonderland starring Whoopi Goldbeg, RuPaul, Naomi Campbell and Sean ‘Diddy’ Combs. He first developed an interest in the art while working on the Cecil Beaton archive at the Condé Nast library in London, and went on to shoot his first fashion story for Vogue at the age of just 25. More recently, his work reached a whole new audience when the prestigious V&A Museum held an exhibition of new work inspired by artefacts from the museum.

Nick Knight has collaborated with some of the world’s most famous designers, including Alexander McQueen, John Galliano and Yohji Yamamoto, and has shot advertising campaigns for the likes of Christian Dior, Yves Saint Laurent and Tom Ford. As a photographer, he is renowned for pushing boundaries – not just technically but within the world of fashion. Over the course of his career, he has challenged conventional notions of beauty by creating work that addresses controversial issues, such as racism, fatphobia, ableism and ageism. He is also the founder and director of award-winning fashion website SHOWstudio.com, which has helped to redefine how fashion is presented online.

John Rankin Waddell – who goes by the mononym ‘Rankin’ – is best known as the man behind Dazed and Confused magazine, which he founded in 1992 with Jefferson Hack. As a photographer, he’s captured everyone from Kate Moss and Heidi Klum to David Bowie, and he was even invited to photograph Queen Elizabeth II in 2001 to mark her Golden Jubilee. More recently, he founded Rankin, a creative agency with a self-described “creative department full of stone-cold weirdos”, which has done work for clients as diverse as Rolls Royce and luxury lingerie brand Coco de Mer.

Looking for surreal, high-concept fashion photography with a side of art history? Check out the work of American photographer and filmmaker David LaChapelle, which has been variously described as “hyper-real and slyly subversive” and “kitsch pop surrealism”. His colourful signature style has attracted a list of subjects that reads like a who’s who of A-list celebrities – think Madonna, Naomi Campbell, David Beckham and Britney Spears. See his work come to life in the 2005 film Rize, which was directed by LaChapelle and documents the two dance forms known as clowning and krumping in his signature hyper-real style.