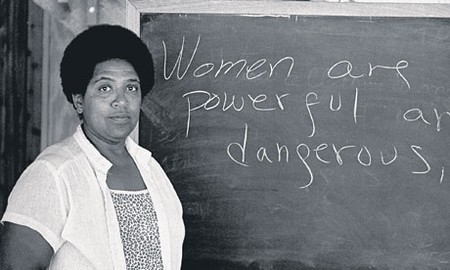 Feminism means a lot of different things, depending on whom you ask. The movement has endured plenty of scrutiny, but there is no doubt that its endurance has done a lot to transform the world in ways that benefit everyone. In particular, we can credit the leaders of this movement who, despite the great adversity they experienced for their ideas, introduced entirely new ways of thinking about gender, sexuality, and oppression. These people have challenged us, and they have liberated us. Here are 10 game changing feminist thinkers.

Born in 1934, Audre Lorde was a Caribbean–American writer and self-described, ‘black, lesbian, warrior, mother, poet.’ She dedicated her life’s work to confronting issues of racism, sexism, and homophobia. Specifically, she explored the societal tendency to create identity categories and marginalize people based on them. She was especially critical of white America’s—and particularly, white women’s—persistent blindness to their own forms of privilege. Lorde’s writing helped to raise awareness about the ways these kinds of identity prejudices play out in daily life, and she encouraged her readers to react against it. Her work is prolific, and its subject matter serves as a fundamental element of contemporary feminist thought.

Gloria Jean Watkins is primarily known as bell hooks, a pen name derived from her great grandmother, Bell Blair Hooks . She is a postmodern feminist thinker and writer whose work focuses on issues of capitalism, race, and gender. Namely, her writing serves to highlight the ways these three factors interact, and she asserts that they are driving forces of oppression within society. She also discusses the ways that mainstream feminism lacks diversity, a critique that has ultimately caused a new wave of feminism to take form. bell hooks is particularly well known for her informal writing style. She deviates from the traditional academic format in an effort to be more inclusive to a broader audience. 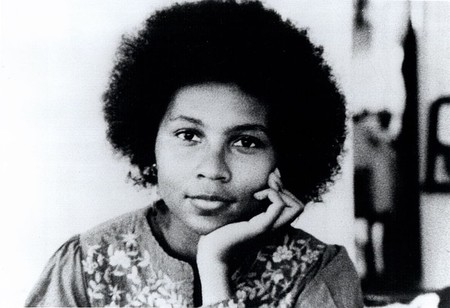 Patricia Hill Collins is a black feminist epistemologist who is largely known for her critique of scientific institutions. She asserts that these institutions, the purveyors of so-called ‘knowledge’ in western society, are monopolized by a very specific demographic, (i.e. white men). She discusses how this fact impacts society at large, with particular damage occurring to members of marginalized demographic groups. Collins proposes that scientists ought to recognize the way their social standpoints come into play as they conduct research, and that they abandon the notion that their work exists within a vacuum. Further, she suggests that scientific institutions opt for more diverse peer review panels. 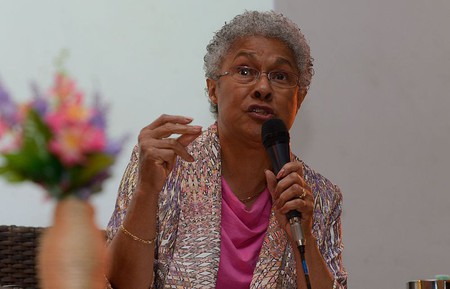 Anne Fausto-Sterling is a biologist and geneticist that challenged our very notions of biological sex, a feminist critique that extended beyond those which are more commonly limited to gender. Her research demonstrates that there are actually five biological sexes, rather than two. When intersex babies are born, doctors assign the baby a gender based on their own socially formed judgments about what the baby’s genitals seem to be. From here, she goes on to explain that babies learn gender and behavior after being born. Therefore, gender is not actually a biological phenomenon but a social one. Her work also includes a discussion on western medicine’s tendency to apply societal notions of gender and sex to the rest of the body.

Known for her intellectual brilliance, Simone de Beauvoir is the famed companion of existentialist, Jean-Paul Sartre. She first emerged on the scene of feminism in her native country of France after the publication of her seminal work, The Second Sex in 1949. In this book, she explains how society defines woman as the object or ‘other,’ and man as the subject. This conceptualization has vast repercussions in terms of our identities and interactions, things that play out on a macro level and ultimately affect culture as a whole. She was a pioneer in the realms of feminist theory at large, as well as feminist existentialism. 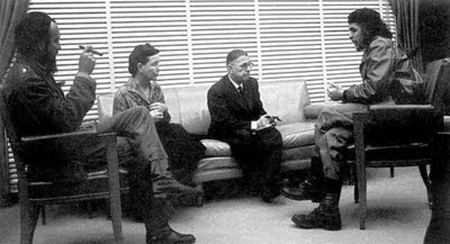 Andrea Dworkin and Catharine MacKinnon were feminist theorists and friends who worked to challenge the social acceptance of pornography. They redefined what the act of sex means within gendered interactions that are inherently political and hierarchical. Their main claim in this regard was in opposition to the idea that rape is an act of violence. Instead, Dworkin and MacKinnon extended this notion further by claiming that all heterosexual sex is violent. They went on to explain that pornography is a mechanism within society used to normalize the objectification and brutalization of all women. Together, they were able to pass legislation that framed pornography as a violation of women’s civil rights. 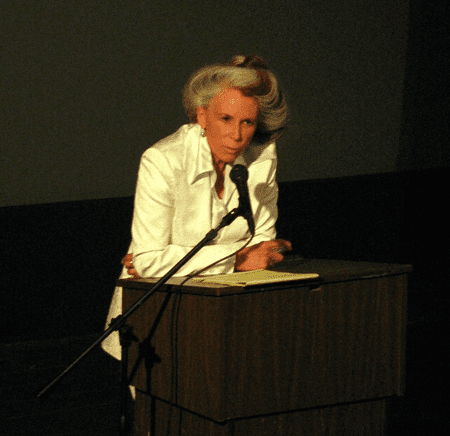 The first female president of the Indian National Congress and Governor of Uttar Pradesh, Sarojini Naidu was a poet and feminist thinker in India. Naidu is considered a child prodigy for her poetry abilities, entering university at the age of 12. She set out to abolish the purdah, a garment similar to a burqa, and in 1917 she helped found the Women’s India Association. In addition to her commitments to feminism, she also was an important figure in India’s independence from Britain, and an associate of Gandhi. Known as The Nightingale of India, Naidu is renowned for her fierce commitment to activism and was even imprisoned for 21 months of her life. 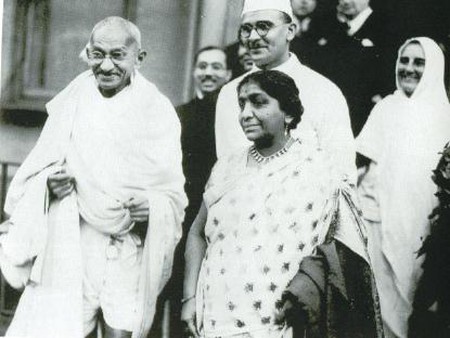 Betty Friedan is the author of The Feminine Mystique, a novel released in 1963 that is said to have helped launch the Women’s Rights Movement of the 1970s. The book discusses the unnamable phenomenon of women in industrial societies that put their husbands’ careers and education ahead of their own, and were subsequently vulnerable as homemakers in the wake of death or divorce from their husbands. She believed this way of life was stifling for women and empowered them to gain some independence of their own. With a background in psychology, Friedan challenged many of her predecessors’ work, including Freud, in diagnosing women with conditions like hysteria or ‘penis envy.’ 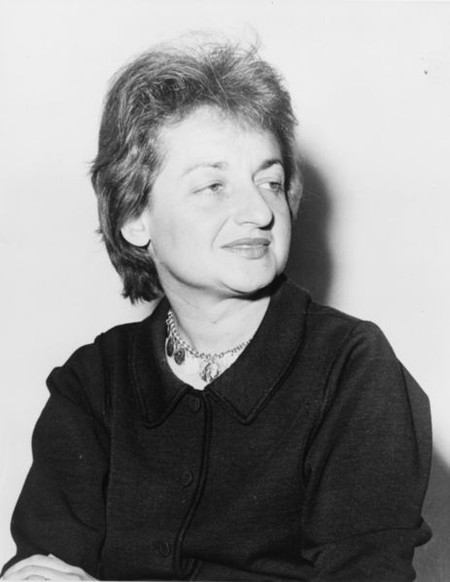 Kimberlé Crenshaw coined the term ‘intersectionality,’ a concept that completely shifted the way we understand feminism today. A movement that has long been dominated by the voices and perspectives of educated white women, feminism has been reforming itself into a more inclusive and diverse coalition of people with many different perspectives. Specifically, intersectionality refers to the idea that people’s experiences vary greatly depending on the intersection of their race, gender, sexuality, religion, ethnicity, degree of ability, and so on. The idea here is that we must recognize that not all perspectives are the same but that all are legitimate and valuable to the movement. By understanding intersectionality, feminism can expand its reach and improve the lives of more people.

Judith Butler is a feminist thinker and philosopher who is largely connected with developing queer theory, an offshoot of gender studies that serves to deconstruct our very notions of this concept in lieu of something more fluid and egalitarian. Queer theory largely acknowledges the oppressiveness and toxicity of conventional gender relations. Moreover, Butler regards gender as a performance rather than as an identity. Today, Butler is active in global affairs, and she takes an anti-Israel, pro-Palestinian political stance. She is also notably involved in the Occupy Wall Street Movement and a supporter of the Black Lives Matter Movement in the United States.