10 Famous American Artists Who Exhibited At The Venice Biennale

Every two years in Venice, the world’s most prominent artists are chosen to represent their country at the prestigious Venice Biennale. Many become household names, helped by the exposure and acclaim of the event. The United States Pavilion was built in 1930, and has since exhibited work by some of the biggest names in modern art. We highlight 10 of the most famous American artists to represent the United States at the Venice Biennale. 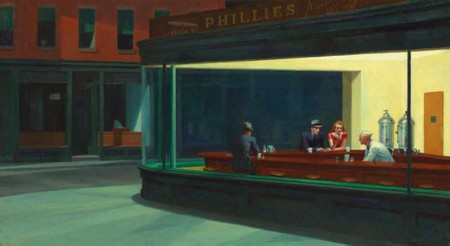 Realist painter Edward Hopper (1882-1967) exhibited work at the US Pavilion in its first year. Hopper is famous for capturing the mood and feel of mid-century American life in his spare, poignant oil paintings. His carefully rendered observations of rural and urban life had enormous impact on art and film movements of the 20th century, particularly pop art. Nighthawks (1942), his iconic late-night diner scene, remains one of the most recognizable images in American art. Retrospectives of Hopper’s work have been held at major museums around the globe. 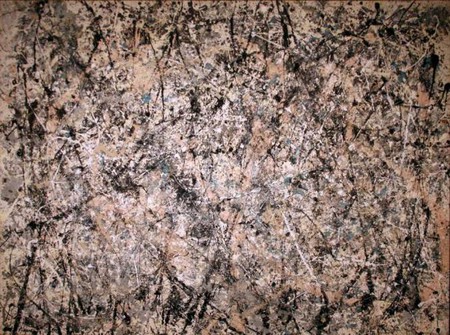 Jackson Pollock (1912-1956) is undeniably the quintessential American artist, pioneering the distinctly American movement of Abstract Expressionism. Dubbed ‘Jack the Dripper’ by Time magazine in 1956, his style of ‘action painting’ involved splattering, dripping, and flicking paint onto a canvas in large, spontaneous gestures. Pollock represented the United States at the Venice Biennale in 1950, at the height of his fame and notoriety. After his alcohol-related death in 1956, the Museum of Modern Art honored him with a posthumous retrospective of his work, cementing his place as one of the country’s most important modern artists. 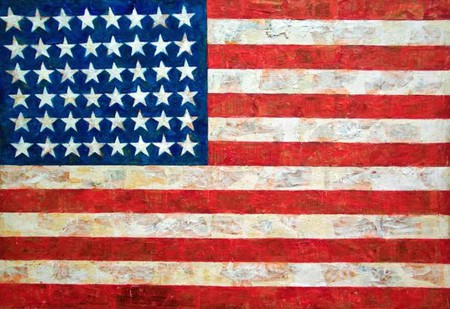 Painter and printmaker Jasper Johns (1930- ) is best known for his paintings of the American flag. His richly worked depictions of emblematic symbols and images from everyday life marked a move away from the dominant abstract expressionist style of the 1950s and class Johns as one of the forerunners of pop art. He is also associated with neo-dada and minimalism. His painting technique was intensely concerned with the craft and process of painting itself to create artistic meaning. He often layered paint and other materials to create dense textures and complex surfaces. Johns exhibited at the Venice Biennale in 1964 and 1988 and continues to produce work that regularly sells for millions at auction. 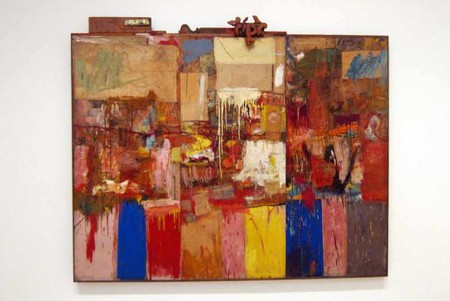 In 1964, the Venice Biennale officially introduced pop art to Europe when it awarded top prize to American artist Robert Rauschenberg (1925-2008). Also closely associated with the neo-dada movement, Rauschenberg was a crucial figure in the development of American art after Abstract Expressionism. His ‘combines’ playfully incorporated non-traditional materials and three-dimensional objects into paintings, blurring the fragile line between painting, sculpture and everyday life. Somewhat of an enfant terrible, Rauschenberg regularly subverted the art world in his witty, radical pieces, scandalizing and delighting critics in equal measure. He is now recognized as a pivotal artist of the 20th century, and major surveys of his work have been held at the Metropolitan Museum of Art, the Centre Pompidou, and the Peggy Guggenheim Collection. 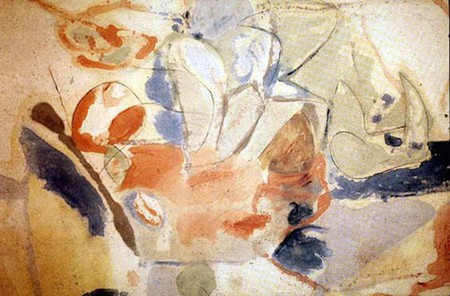 Where Jackson Pollock was invariably linked with action painting, Helen Frankenthaler (1928-2011) was most closely associated with the other branch of Abstract Expressionism, color field painting. Frankenthaler created the ‘soak stain’ technique, where paint is thinned out with turpentine and applied to the canvas to create a luminous wash of color. Active for over six decades, developing an ever-changing and evolving style, Frankenthaler is considered to be one of the most influential painters of the 20th century. She exhibited at the United States Pavilion of the Venice Biennale in 1966. In 1989 the Museum of Modern Art held a major retrospective of her work, and in 2001 Frankenthaler won the National Medal of Arts. 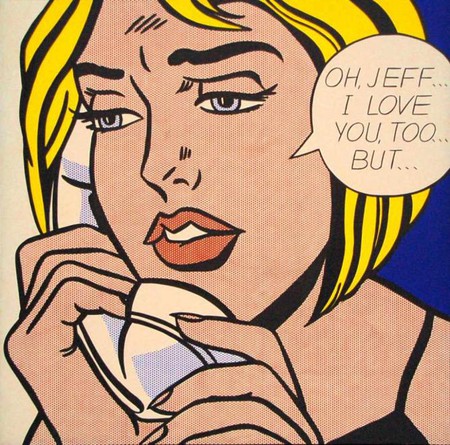 Known for his large-scale, intricately rendered paintings inspired by comic books, pop artist Roy Lichtenstein (1923-1997) represented the United States at the 1966 Venice Biennale. Lichtenstein’s appropriation of comic book imagery allowed him to make tongue-in-cheek critiques of American popular culture in a humorous yet impactful manner. Though he was often the subject of criticism, of both his work and of pop art in general, Lichtenstein’s distinctive style and undeniable influence have brought him enduring fame. Retrospectives of his work have been exhibited at the Art Institute of Chicago, the Tate Modern, and the Centre Pompidou, among others. 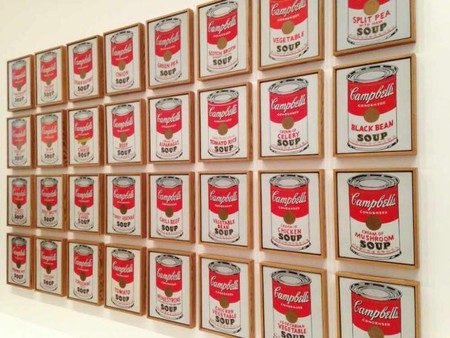 The world’s most famous pop artist exhibited at the United States Pavilion in 1976. Best known for his silk-screen works exploring American pop culture and celebrity, including his famous Campbell’s Soup Cans (1962) and colorful portraits of Marilyn Monroe, Andy Warhol (1928-1987) also produced drawings, paintings, photographs, and films. Warhol’s work was revolutionary in its breakdown of the lines between high and low culture in art, and in its examination of everyday life, popular icons, and consumer culture. Featuring some of the most recognizable pieces of modern American art, Warhol’s work has been the subject of countless books, films, and retrospectives over the years. 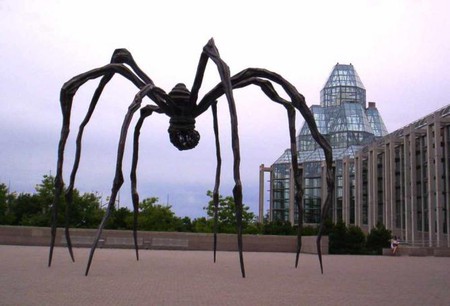 French-born artist and sculptor Louise Bourgeois (1911-2010) was hugely influential in the modern and contemporary art world. Her highly personal work, which is often sexually explicit, investigates desire, the unconscious, and the body through symbolic explorations of human and animal forms. Many of her sculptures were created using non-traditional media, including rubber and plaster. Bourgeois had a great impact on the development of later contemporary art movements, notably installation art and body art, and she remains one of the most successful and well-known female artists of her generation. She exhibited at the Venice Biennale for the United States in 1993 and won the Biennale’s Leone d’Oro for Lifetime Achievement in 1999. 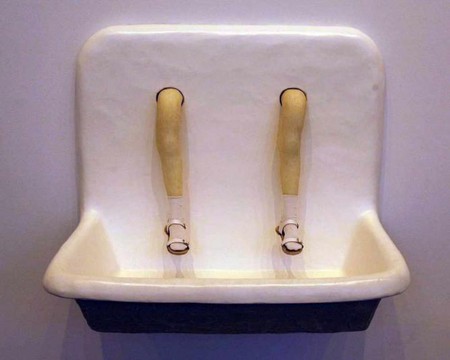 Robert Gober’s (1954- ) meticulously crafted sculptures of deceptively simple objects—from sinks to furniture, to a human leg made from beeswax—evoke the domestic realm to explore themes of religion, nature, sexuality, and politics. He also creates intricate installations and surreal drawings that, like his sculptures, exploit the psychological tensions implicit in everyday objects to unsettling effect. Gober rose to fame in the 1980s and exhibited work at the United States Pavilion of the Venice Biennale in 2001. He has recently been the subject of a highly anticipated retrospective at the Museum of Modern Art in New York City. 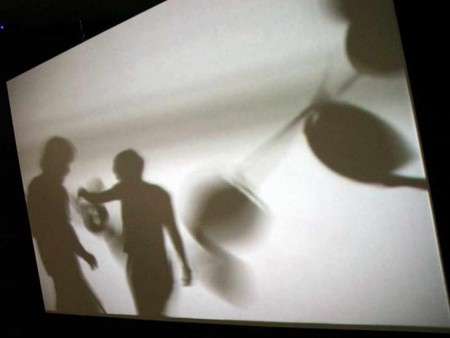 Joan Jonas (1936- ) represented the United States at the 2015 Venice Biennale. Best known for her work in video and performance art, Jonas emerged onto the contemporary art scene in the late 1960s and 70s and is today regarded as one of the most important female artists of her generation. Her art merges various forms of media, including dance, film, and theater, to explore questions of gender and identity. In Organic Honey’s Visual Telepathy, her most famous piece, she performs as both herself and a masked alter-ego, Organic Honey. Jonas has performed and exhibited extensively at galleries around the world.