10 Easy Health Tweaks Everybody Should Make

It’s not easy to completely overhaul your lifestyle, and that’s a big reason most New Year’s resolutions and weight loss attempts fail. Good health is far more reliant on incremental improvements that are sustainable. Start slow, and with a little resilience all your small efforts will eventually transition into forever-changes.

Despite a resurgence of meat-heavy lifestyles, like paleo, most experts agree that a plant-based diet is better for most of us.

In 2015, the World Health Organization (WHO) released a study saying red meat — especially processed varieties cooked on a high heat, like barbecued burgers  — is definitively linked to cancer. Conversely, consuming alternate sources of protein with high fiber content, like nuts and legumes, appears to promote health and may even prolong life.

If you just can’t imagine your world without beef, start small with Meat Free Mondays (buy the recipe book here) and build your commitment from there. 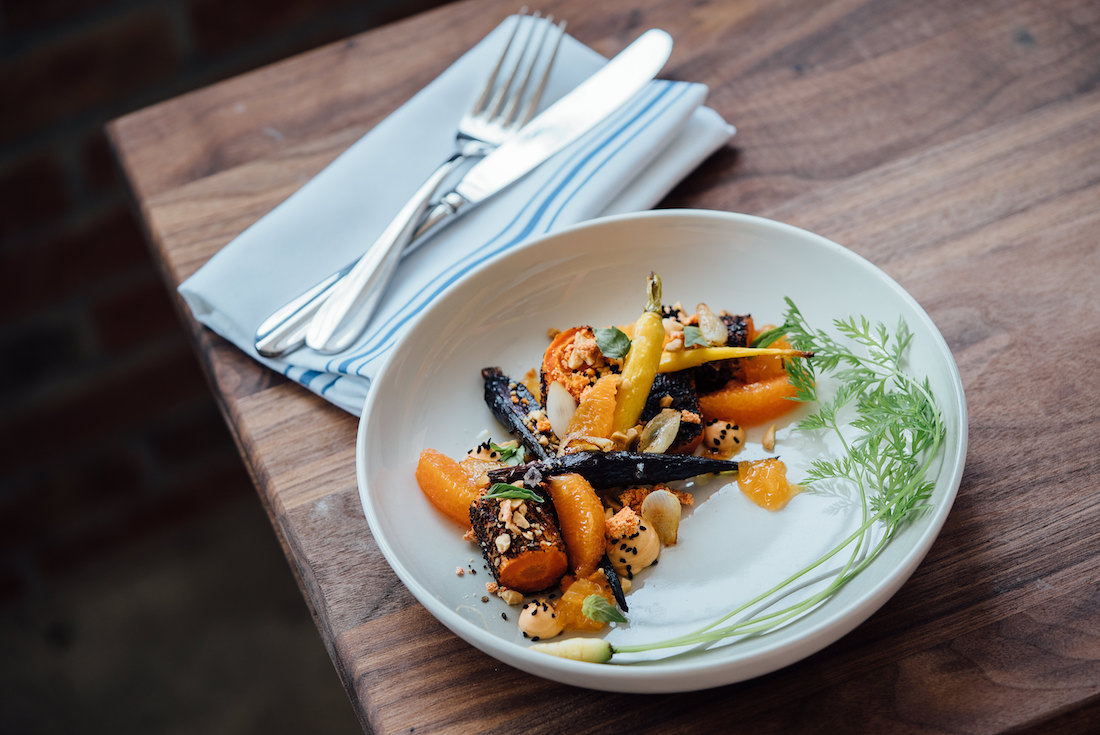 Shop according to the organic hierarchy

Studies show the consumption of pesticides may have negative health repercussions including cancer, but buying all organic all the time just isn’t affordable for most people.

There’s a clever grocery shopping hack for this problem: the Environmental Working Group (EWG) outlined two lists that will help you differentiate between fresh produce that needs to be organic and the stuff that doesn’t, because its skin provides a natural barrier or crops simply aren’t sprayed so heavily.

A pint of beer contains 197 calories — the equivalent of a large slice of pizza. If you have five in an evening, as well as an actual pizza, you could easily consume your entire daily calorie allowance in one fell swoop. Monitor your alcohol intake and you’ll lose weight pretty effortlessly. Stick to light spirits, like vodka or gin, with soda water (around 55 calories) or juice (110), or savor for a small glass of wine instead (125).

The way alcohol is processed by the body is another reason it’s associated with weight gain and sluggish digestion, so keep close tabs on how many you’re knocking back. 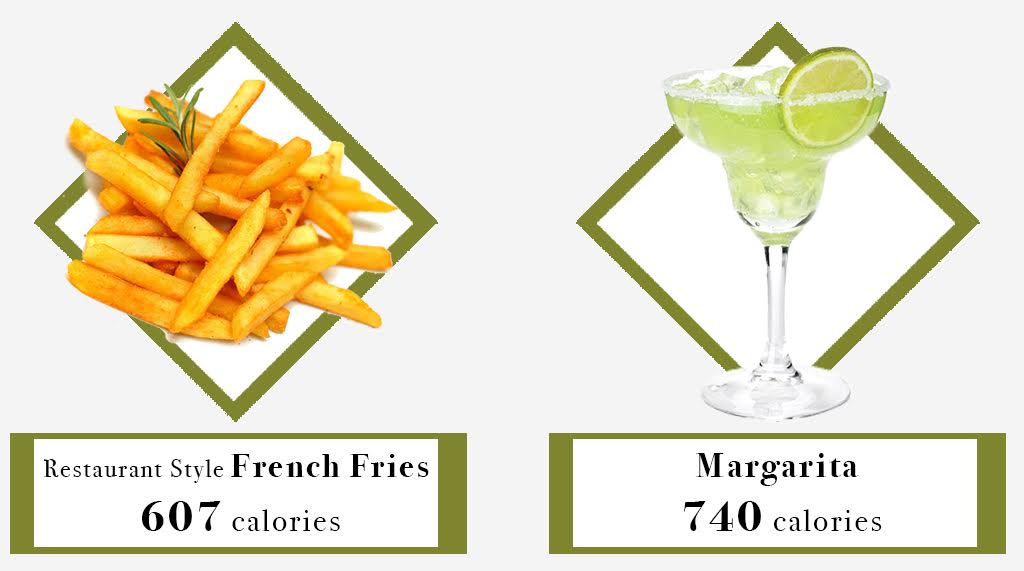 Losing weight generally means eating fewer calories, and because morning is a time when most of us are rushing around anyway, skipping breakfast seems to make logical sense.

But not only can this encourage rebound binge eating later on, a recent study shows missing the first meal of the day can also spark heart disease, high blood pressure, and insulin issues. Results show people who skip breakfast increase their risk of heart attack by 27% and stroke by 15%.

To keep yourself full and fueled up until lunch eat slow-release carbs, like oatmeal, and protein, like eggs.

Social interactions are often structured around consumption, and friendships thrive on complicity, which is why it feels so great to order a slice of cake and an extra bottle of wine at dinner.

A study in the New England Journal of Medicine observed a broad social network of 12,067 people for 32 years, monitoring how each person was connected (family, friends, neighbors) and how their weight fluctuated over the three decades. They discovered if one friend became overweight the other friend had a 171% chance of becoming overweight too. The reverse was also true: if one lost weight, the other also slimmed down, suggesting that the lifestyle habits of your inner circle are contagious. 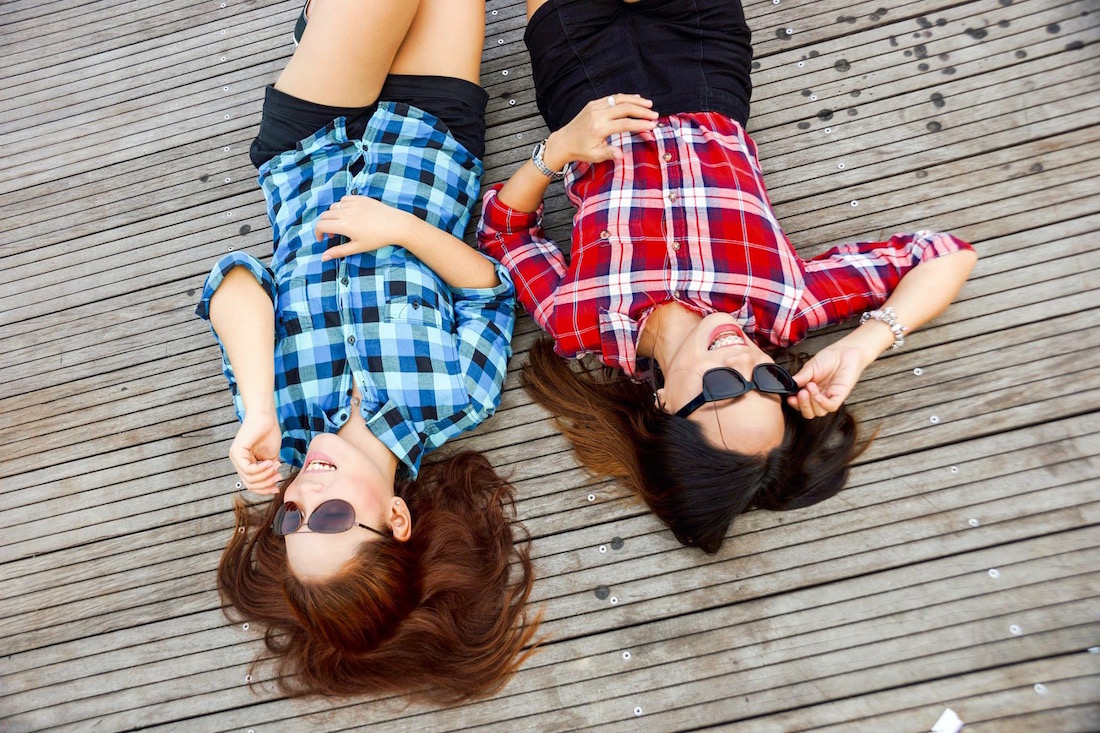 Once you’ve found a friend or two with similar fitness aspirations, team up and commit to post-work workouts together. Apps like ClassPass let you connect with friends and send invites, so you can synch up schedules and hold each other accountable. Trying new studios and niche classes is a great way to keep your social life on track without being tempted by drinks deals and greasy food.

The best way to make an exercise routine sustainable is to find something you genuinely enjoy, so have fun experimenting until you find something that sticks.

Move a little, as often as you can

One thing most healthy and effortlessly slim people have in common is that they integrate activity into their daily lives.

Being moderately active throughout the day is more effective than crowbarring an hour of intense exercise into an otherwise sedentary eight hours, so make your body work a little whenever you get the chance. Take the stairs or walk the escalator, cycle to work, get outside for a lunchtime stroll / chat with friends, stand up on the train, pace while on your conference call, do a wall-sit while waiting for the kettle to boil.

In other words, walk whenever you can, and if you can push your pace so much the better. Runner’s World reports that “at about 12:30 [minutes] per mile, walking hits a point where it burns about the same calories/mile as running,” making it an easy way to sneak extra burn into your everyday.

Gwyneth Paltrow recently coined the term “clean sleeping,” and subsequently introduced us to expensive bedtime-y things we didn’t know we needed, like copper pillows and heated socks. Her message, though, is one worth heeding: getting at least eight hours of uninterrupted sleep is vital to good health. Studies show that inadequate sleep disrupts your concentration and mood in the short term and can make you susceptible to chronic disease in the long term.

Give bedtime the respect it deserves; treat it like a priority rather than an afterthought, and create your own ritual.

We all know blue light from screens interferes with melatonin (the sleep hormone), so unplugging at least an hour before lights-out is essential. To prevent temptation, charge your phone in a different room and go back to using an old school alarm clock instead.

Drinking tart cherry juice (one ounce in a pint of water) has been shown to regulate sleep and increase its duration. Alternatively, a melatonin pill will help you drift off as soon as your head hits the pillow.

When your core body temperature is raised and then begins to drop, you get sleepy. To create this effect try taking a hot bath or an exercise class, but no later than 9pm or you might be too wired to sleep. 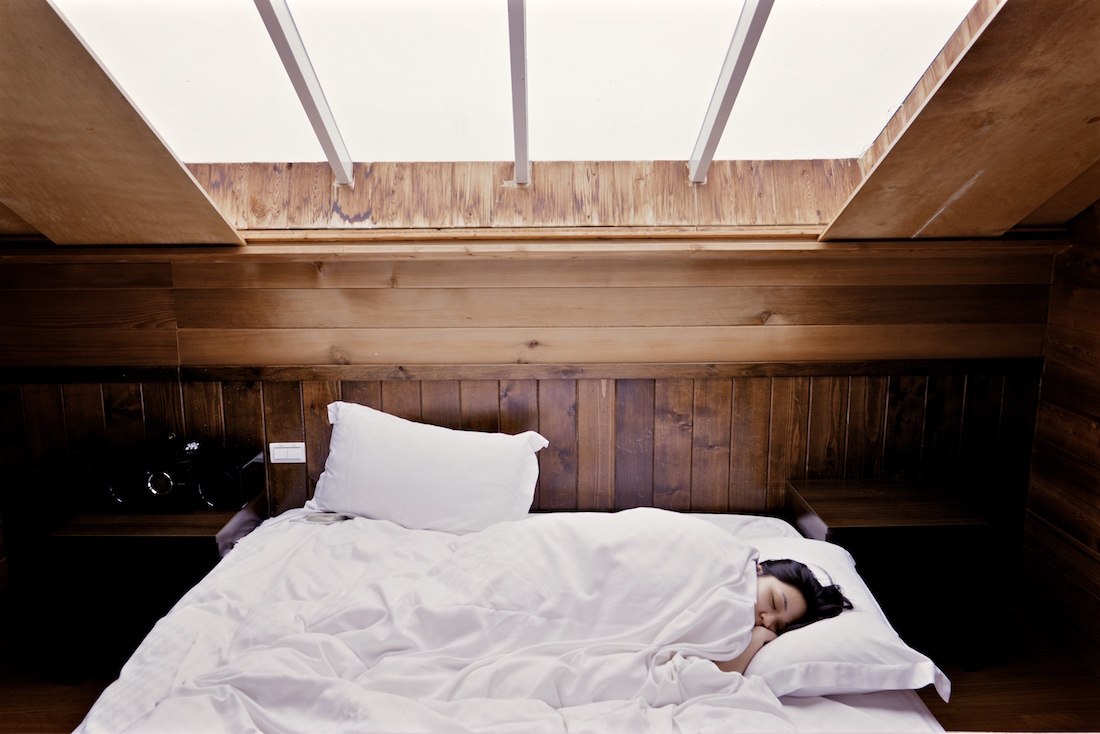 Make friends with your microbiome

The human gut and the trillions of organisms that live there have a profound influence on the state of our health, affecting everything from inflammation to weight and depression. So much so that scientists are now studying the connection intensely in an initiative called The Human Microbiome Project.

Gut flora isn’t a static thing; it’s always evolving based on your environment, diet and lifestyle. Antibiotics, though lifesaving in some instances, knock out all the bacteria in your gut — good and bad — and overuse can have a negative impact, so try to avoid them where possible.

To help support your gut garden eat a plant-heavy diet that’s low in sugar and simple carbs (think white bread or pasta, cake, cookies etc.), take a good probiotic designed to survive the harsh digestive acids in your stomach, and don’t be too OCD about cleanliness — studies have shown that countries with lower standards of sanitation also have lower rates of auto-immune disorders and allergies.

Supposedly, eight glasses of water a day equals optimal hydration, but this is really more of a guideline than a hard and fast rule. Judge how quenched you are by the color of your urine, which should be a pale yellow— orange and you need more water, clear and you’ve gone too far.

If you struggle to drink your fill, keep a 1.5 liter bottle on your desk all day. Decant it into a glass and use a straw, which helps you consume a larger volume of liquid with every gulp than a sip ever could.

If you simply get bored of the taste, sparkling water with a squeeze of citrus or dash of sugar-free cordial makes a decent substitute for soda. Maybe. Kind of.