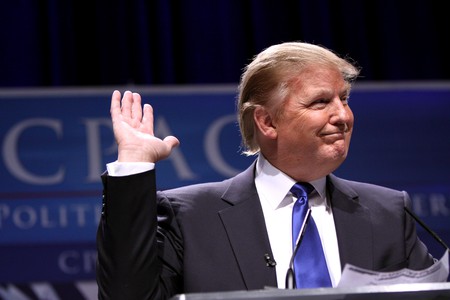 America’s newest president has been widely accused of having a short attention span, in addition to the not-totally-unsubstantiated suggestions that he cannot read. Whatever you make of those assertions—or his intentions to construct a divisive wall, ban Muslims from the United States, prohibit abortion and withdraw from the Paris Climate Agreement—we believe these 10 books offer valuable insights into the awful potentialities of illiterate politics. We’re not saying that the country’s dystopian now, of course… just that the latest turn has an uncomfortable bent towards it. Enjoy! 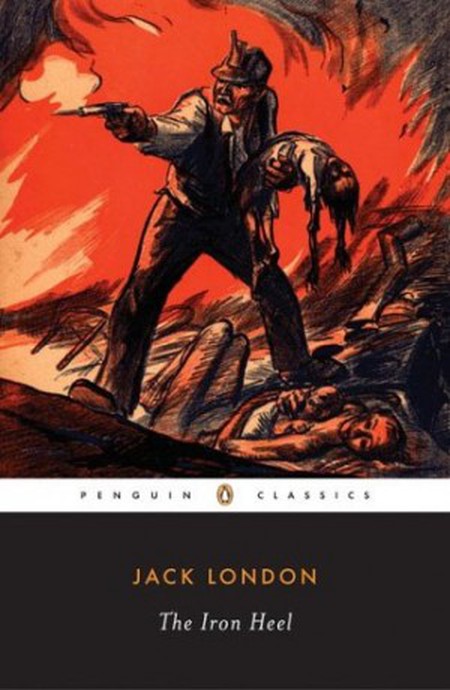 Published in 1908, The Iron Heel relays the tale of a fictional future in which the United States has become a tyrannical oligarchy surrounded by similar regimes in Canada, Mexico and Cuba. The oligarchies, composed of large corporate monopoly trusts, retain control by means of separate labor and military caste systems. Corporate dictatorships reign in America for three hundred years until, after two failed attempts, they are eventually ousted by a successful revolution.

In twenty-first century America, Congress is heavily influenced by corporate lobbying, the wealthiest-ever President currently holds office and a ‘cabinet of billionaires’ has just been appointed. Written over a century ago, Jack London’s The Iron Heel could not be more relevant today. Although plutocratic oligarchy has yet to be overtly established in the United States, the country has never been so close. 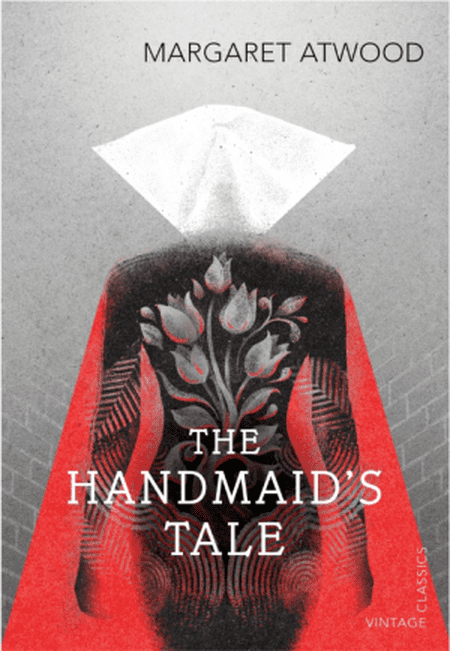 Set in the near future, this book has the former USA replaced by a theocratic military dictatorship called Gilead. The government advocates a return to traditional values, re-instituting patriarchal gender roles and the subjugation of women.

The Handmaid’s Tale was published during the 1980s, a decade that saw a strong conservative reaction to the socio-sexual liberation of Western culture in the 1960s and 1970s. And it is a continuation of that religious-conservative movement, the one that elevated Thatcher and Reagan to power in Britain and America, that just catapulted Trump into the White House nearly forty years later. And so despite the obvious contradictions posed by his extramarital “grab ‘em by the pussy” ethos.

Worryingly, Trump’s support for abortion bans in America echoes the female oppression that characterizes Atwood’s dystopian world. If Trump enacts an abortion ban, it will not only result in prematurely diverted career paths for an entire gender, it will also force women to bare unintentionally conceived children before they are psychologically or financially prepared for parenthood. It doesn’t take a sociologist to realize that would fundamentally equate to female disempowerment. 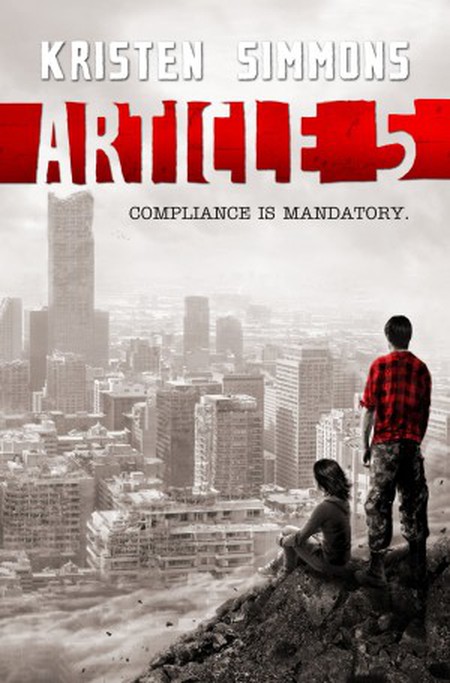 Another one that will scare the bejesus out of atheists, Article 5 narrates a story of love and loss in a patriarchal, authoritarian United States. Oppressive martial law and the “Moral Statutes” have replaced the Bill of Rights and the civil liberties it once protected. Christianity is the only religion that individuals are allowed to practice and entire literary genres have been outlawed, while extravagant or lustful behavior can get people carted away, never to be seen again.

Targeted at a young adult audience, Article 5 shares an Atwoodian religio-patriarchal backdrop similar to that of The Handmaid’s Tale. Kristen Simmons emphasizes how quickly long-established protections of civil liberties could, under opportune circumstances, be revoked by forces seeking to impose theocratic governance. While the right for a woman to choose when she has children is under threat from Trump, we can probably rest assured that sexual deviance will be free to thrive, thanks to the grabber-in-chief’s leadership by example. 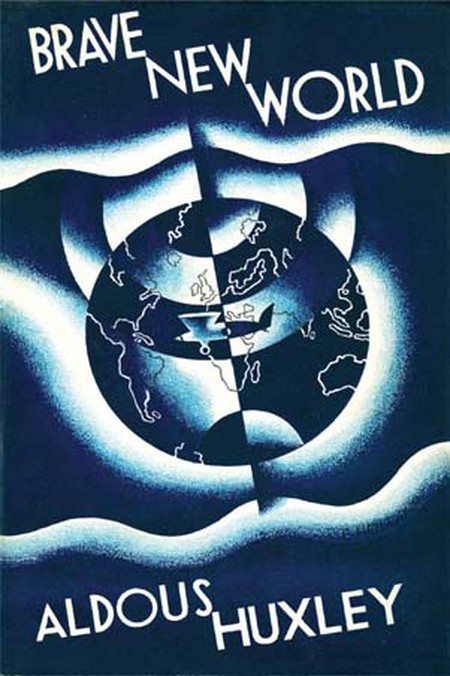 In this landmark dystopian novel, set more than six hundred years “After Ford”—the 20th century automobile magnate—Aldous Huxley depicts a fictional “World State” that centers on an unrecognizable Britain. Huxley sought to disavow both the increasingly consumerist culture that prevailed from the beginning of the 1920s—hence the Ford reference—and the novel concept of genetic manipulation, with which scientists of the era were flirting. Eerily, Huxley published Brave New World in 1932, the same year that the pro-eugenics Nazi party became the largest in the German Parliament. Huxley unapologetically extrapolates interwar culture to construct a world that depends on frivolous hyper-consumption, facilitated by thorough psychological conditioning.

We live in times of excessive digital consumption, with the average American adult spending almost eleven hours glued to a screen every day—clearly we have yet to heed Huxley’s warning. Considering our cultural dependence on entertainment, is it any wonder that voters choose the most amusing option, rather than electing the candidate most qualified for the job? 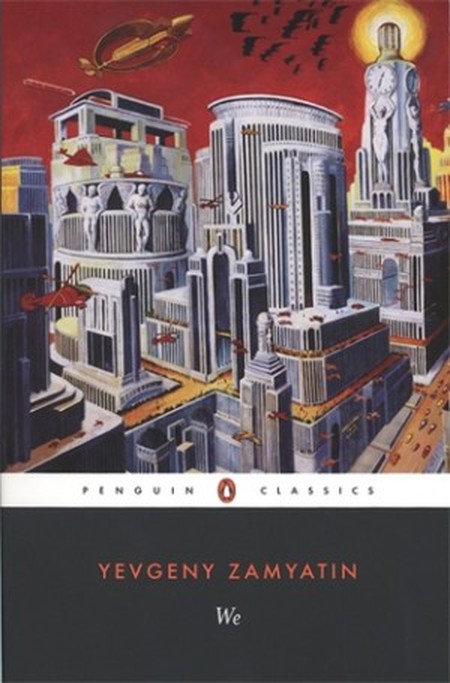 This early-twentieth century novel tells the tale of OneState, a fictional world, comprised of a single state, ruled over by an omnipotent “Benefactor” and his omniscient secret police. Yevgeny Zamyatin, a Russian socialist, published We in 1924 after becoming disillusioned with the suppression of creative freedom that was inherent in Russia after the Bolshevik revolution of 1917.

Regrettably, Trump’s own disregard for art somewhat reflects the suppression of creativity conveyed in We. Perhaps the glass-enclosed city of OneState was a perceptively premature prediction of Trump’s controversial plan to build a wall on America’s southern border with Mexico. Meanwhile, OneState’s “unalterably straight streets” could be an inadvertent parallel (sorry) with the conventional grid-based layout of American cities. In 2017, the centenary of the Bolshevik revolution, it feels as though Zamyatin’s fictional world could have as much in common with contemporary America as it was intended to have with Soviet Russia. 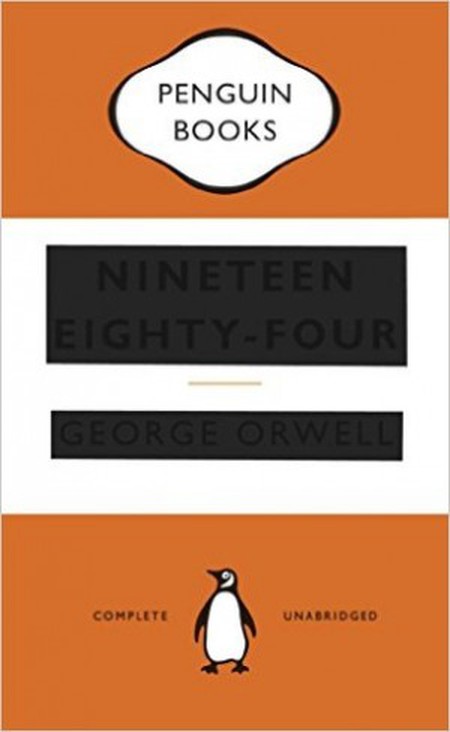 No list of dystopian fiction would be complete without mentioning George Orwell’s post-war classic. Another critique of 20th-century totalitarianism, Nineteen Eighty-Four takes place in a superstate engaged in a seemingly perpetual world war—which may or may not be real. “Big Brother” decidedly suppresses individual freedom by means of an all-seeing system of mass surveillance and the ultimate control of all information.

In Orwell’s hypothetical world, “truths” are distorted or outright fabricated to rewrite the past, while “doublespeak” describes the ability to simultaneously hold two contradictory thoughts. This bares an unfortunately alarming resemblance to the “alternative facts” phenomenon that has characterized the politics of 2016-2017. It’s even more disconcerting now that British Prime Minister Theresa May has joined the likes of Bashar al-Assad and Kellyanne Conway in sincerely using the phrase “alternative facts” to describe legitimate evidence that threatened to compromise their positions. 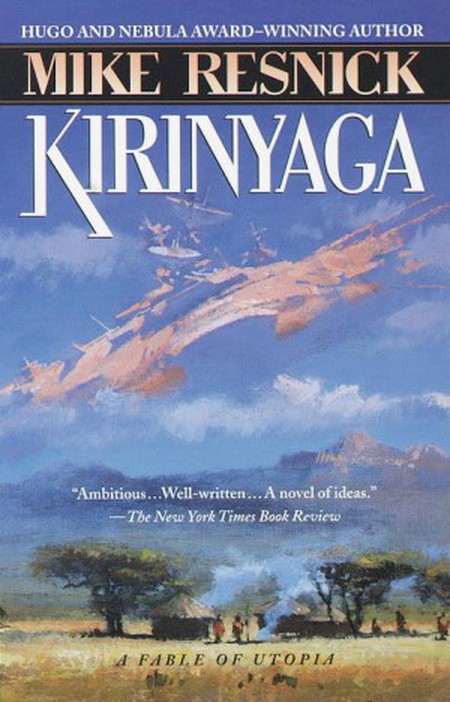 Kirinyaga is set in twenty-second century Kenya, where animal herds are a thing of the past, cities are heavily polluted and European crops sprawl the continent. Koriba is a Western-educated man of Kikuyu ancestry who establishes a new colony called Kirinyaga on a terraformed planetoid, striving to recreate and preserve the natural glory of Kenya’s past.

In what should be a warning to those seeking to “Make America Great Again,” Koriba discovers that to pause a nation, and try to make it relive the glory of a bygone era, will be rendered futile by humanity’s insatiable thirst for knowledge. 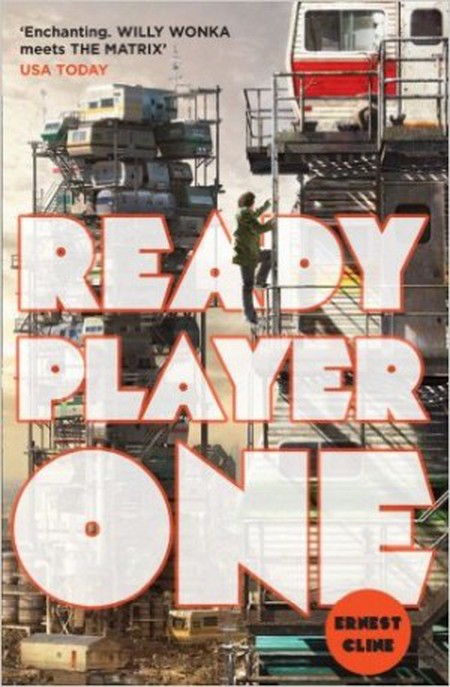 Similarly to Kirinyaga, Ernest Cline’s Ready Player One is set in a fictional future where mankind has ruined the environment. By the year 2044, the planet has succumbed to a global energy crisis that was precipitated by climate change and the depletion of fossil fuels. Facing widespread social problems and economic stagnation, escapism has become the name of the game as humans seek solace in the “OASIS”—a massively multiplayer online role-playing game (MMORPG)—that is played using visors and haptic technology. The OASIS doubles as a virtual society and its currency is more stable than those of the real world.

Presently, the most powerful man in the world is a climate change denier who plans to tear up the international Paris Climate Agreement and repeal laws that protect America’s domestic environment. Ernest Cline demonstrates the dangers of our fossil fuel dependency, while also incorporating the risks of our current technological trajectory for good measure.

Trump aside, Cline’s suggestion that a virtual currency could become the strongest in the world shows formidable foresight. In July 2010, one month after the author sold his novel to Crown publishers, the online bitcoin currency was worth less than $0.08 per unit—today, the value of one bitcoin fluctuates around $1,000. 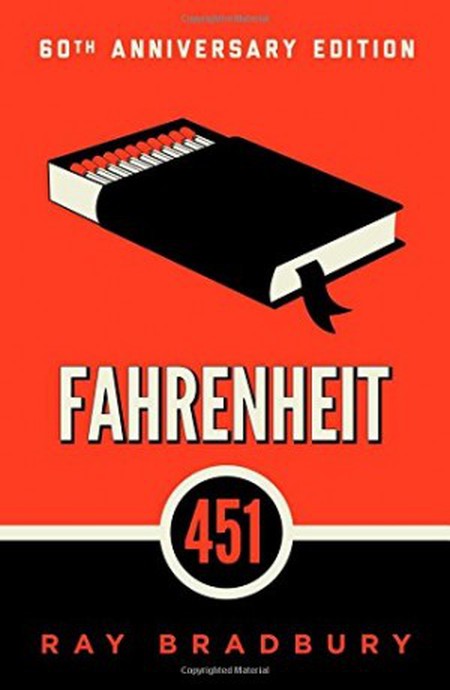 Named after the temperature at which book paper burns, Fahrenheit 451 chronicles the story of a government-sponsored “fireman”—a book burner. Sometime after 1960, the advent of new media, the growing popularity of sports and the increasing pace of modern life result in shortening human attention spans and the mutilation of books soon followed to accommodate them. Shortly after that, the government enlisted firemen to destroy all literary sources after minority groups arose to protest what they saw as the controversial and outdated content of books.

Perhaps the most concerning story to arise from the Trump presidency is the suggestion that the Commander-in-Chief cannot read, while his voracious consumption of TV is likely indicative of a not-so-Presidential attention deficit disorder. Regrettably, both humanity’s collectively shortening attention span and our estrangement from literature are now embodied by the leader of the free world, a man who was just a boy when Ray Bradbury made his prophetic prediction over sixty years ago. 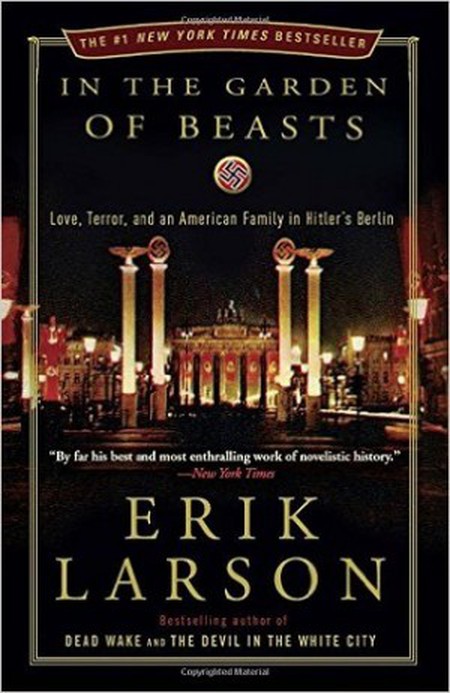 Continuing with the theme of book burning societies, Martha Dodd was the diary-keeping wife of William Dodd, the US Ambassador to Nazi Germany from August 30, 1933 until December 1937. Erik Larson has used Dodd’s diary to write In the Garden of Beasts, recounting Hitler’s rapid consolidation of power in Germany from the perspective of the ambassadorial family. Larson masterfully conveys the vain efforts of Ambassador Dodd to dissuade state-sponsored anti-Semitism in Nazi Germany, while he also laments the blithe ignorance of the German people—which allowed human rights abuse to become the norm.

It is easy to forget that the Holocaust was a gradual process and that the ‘Final Solution’ merely represents its abhorrent culmination. Hitler waited over two months after becoming Chancellor before he passed his first anti-Semitic legislation. Trump, meanwhile, signed a “Muslim ban” after just seven full days in office. Stay on your toes America; it’s going to be a long four years for human rights.