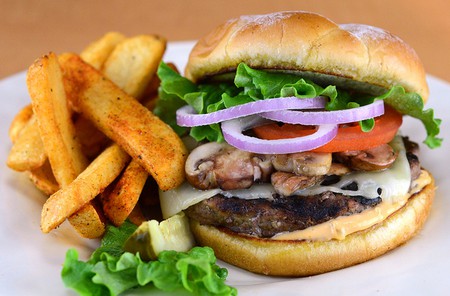 Little Rock, the capital of US state Arkansas, is home to many struggles and has had a history of disparity between groups of people. Thankfully, this beautiful city has progressed and embraced change, yet it retains its southern hospitality and scrumptious foods. Without surprise, it has made its mark on the culinary world and continues to do so with ambitious chefs who want to take their creations to the next level. Below is a list of the top five places to get the best burgers in Little Rock.

As the only burger restaurant that serves hand-cut beef from US Grade A Choice Chuck and is ground fresh daily, David’s Burgers ensures the best quality beef on each bun. To understand the freshness and quality of their beef, the restaurant owners keep their ground beef on display in a butcher case by their entrance. Fresh french fries are a staple just like their beef; the fries are made from potatoes that are cut fresh throughout the day so that the fries are made to order and raw-cut potatoes do not sit out for a long time before being cooked. To turn these uncooked fries into addictive goodness their customers are familiar with, no chemicals are added; instead, they are double dipped in canola oil to retain and lock in the flavor. The toppings can be added to the list of fresh foods that David’s offers; all of the toppings are cut fresh every day and are inspected to make sure only the best quality is being served.

Burgers at Big Orange are available to devour with three different patties; the all-natural beef burger, ground turkey, and all-natural veggie burger. There are over ten burgers to choose from, as well as four burger’wiches – the Cuban mojo, southern fried chicken, curried falafel and lentil, and the blackened tilapia. The latter is served with a blackened tilapia filet with butter leaf lettuce, tomato, dill pickle, and New Orleans style remoulade sauce. It must be noted that the white truffle and pecorino burger is a particularly fantastic choice, topped with pecorino cheese arugula, fig jam, white truffle, and mayonnaise. 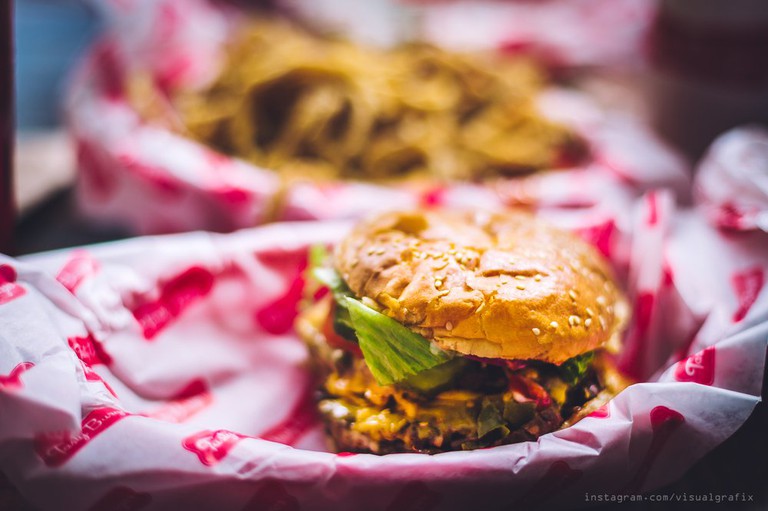 Established on October 28, 2000, the Arkansas Burger Company is the brainchild of Dan Spencer, and serves Greek and Mediterranean foods, hot dogs, sandwiches, vegetarian dishes, and traditional American cuisine. Just two months after opening, Spencer won his first award and was later featured in Southern Living magazine not once, but twice. The outstanding menu at Arkansas Burger Company features old-fashioned burgers such as the rock; this double meat, double cheese burger is topped with mayonnaise, mustard, pickle, lettuce, tomato, and onion, with American, cheddar or Swiss cheese. To finish the night off, guests can order creamy milkshakes or a malt from their beverages menu.

Bash Burger had humble beginnings as a food truck from Central Arkansas. Serving perfectly seasoned burgers for lunch and dinner, they offer outdoor seating, take-out options, and even catering services. Their specialties are their unique hamburgers and their fresh chicken wings. There is the perfect burger for any time of day, from the Early Riser, topped with bacon, fried egg, and cheese, to their Holy Shiitake burger topped with sautéed mushrooms, onions and Swiss cheese. 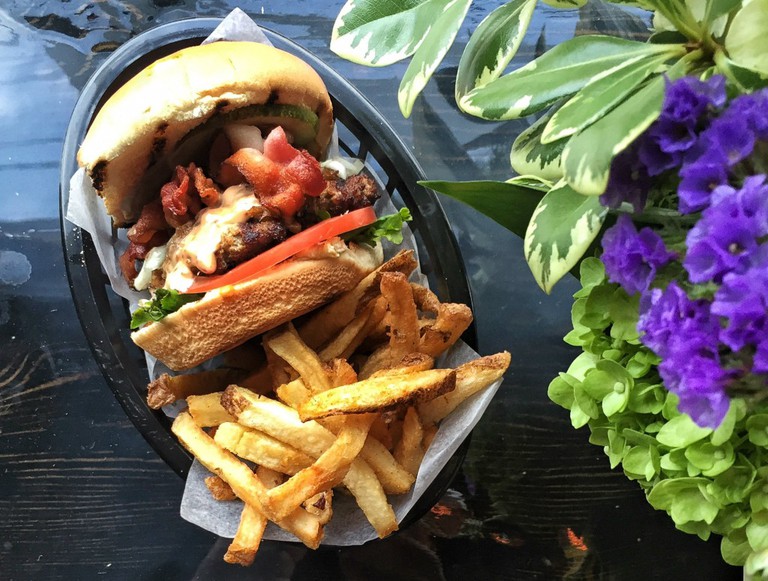 Image courtesy of The Burnt Tongue

No longer do you have to leave the comfort of your home to get one of the best burgers in town as at Mooyah, you can order online, build your burger and add special instructions for the order at the bottom of the order page. Start with the bun you want (artisan white, multigrain wheat or lettuce-wrapped) and then choose to make it Mooyah-style with their special sauce. Choose between Swiss, blue, cheddar, American, or pepper jack cheese. Extras can be added on, like applewood-smoked bacon, an extra burger patty, and fresh avocado. For those that love sweet potato fries as well as regular, you can either order a full order of either the regular or sweet potato fries, or mix both of them to get a small, medium, or large half-and-half fries.