Welcome to Dogpatch, a Hillbilly-Based Theme Park in Arkansas 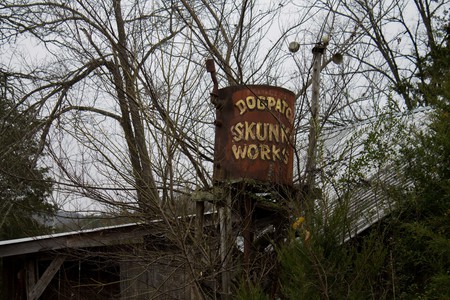 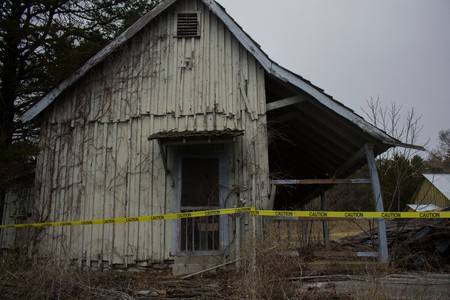 Nestled on the edge of a bluff in northwest Arkansas is a tract of land that has changed hands many times. At its peak, it was once a theme park focused on local hillbilly culture.

The former fairgrounds were originally home to a Native American tribe, the Choctaw, who enjoyed the area’s bountiful food and water supply, and prime real estate on a south-facing bluff.

However, after President Andrew Jackson’s forced displacement of Native Americans west on the Trail of Tears, the land became a trading settlement run by and for white settlers, and became known as the town of Marble City. 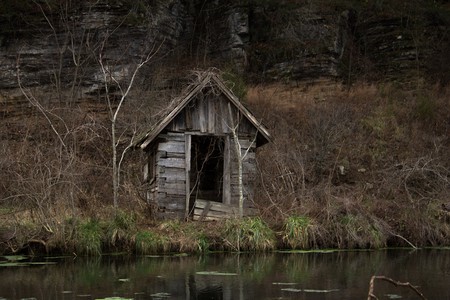 Marble City would go on to achieve a minor degree of national renown for contributing three blocks of marble from the nearby bluffs to create the Washington Monument. The town was eventually renamed Wilcockson, and was then again renamed Marble Falls in 1934, after a nearby waterfall.

The town’s first tourist draw was a trout farm that the local postmaster, Albert Raney Sr., started in the 1940s. But the trout farm was just the beginning – Raney sold the property to a local realtor, O.J. Snow, who had an idea.

That idea was a theme park based on the popular comic strip Li’l Abner. Presaging popular television shows like “The Beverly Hillbillies” and “Petticoat Junction,” the Li’l Abner comic strip chronicled hillbilly culture, and had a circulation of 60,000,000 readers at its high point.

The theme park – named Dogpatch – was opened in 1968, and featured log cabins, steam trains, craft shops, trolleys, paddle boats, canoes and a stagecoach. Opinion in Arkansas over the park’s theme was split. Some thought the theme would unfairly and unhelpfully brand Arkansas as a backwards state. Others thought visitors from urban coastal enclaves would find “great charm and attractions” in the simpler way of life the park offered visitors the chance to connect with. Li’l Abner creator Al Capp, for one, was a fan.

Tourists were, too. 300,000 people visited in the park’s first year – an astronomical number, given its relatively rural location far from major tourist centers. Millions of dollars were poured into new rides and infrastructure for the park in anticipation of an influx of visitors.

But the owners overshot their mark. They tried to expand too quickly (sinking millions into a ski lodge offshoot that was only open two seasons) and overestimating public interest in hillbilly culture. The park hobbled along for several decades, surviving bankruptcy and changes of ownership in diminished form, before closing for good in 1993.

The property is now owned by C.L. “Bud” Pelsor, who bought it for $2 million in 2014 with the aim of turning it into an eco-friendly artisan village and community. One can only hope one of the artists is inspired to paint the few rusted Dogpatch signs and rides that are still scattered about the property before they are lost to history forever.