The Good, The Bad, And The Real Johnny Cash

Johnny Cash is one of the most influential American musicians of the 20th century; his iconic voice defined an era. Immensely talented, God-fearing, and fallible, Cash was a man of many dimensions whose music helps us keep carryin’ on, despite our own challenges and inner demons. 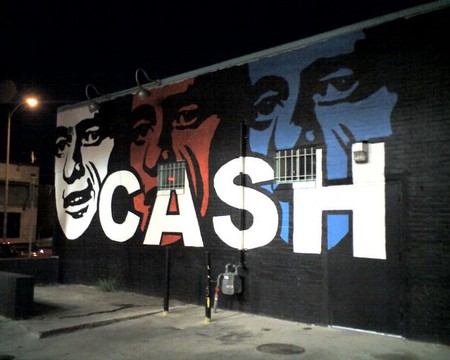 In 1955, a squeaky-clean door-to-door salesman in Memphis named Johnny Cash approached Sun Record’s executive Sam Phillips, in the hopes of securing a record deal. The story goes that Phillips turned the young Cash and his gospel tracks informed by a childhood spent cotton-picking and singing in the pews of Pentecostal church services away, telling him to “go home and sin. Then come back with a song I can sell.” 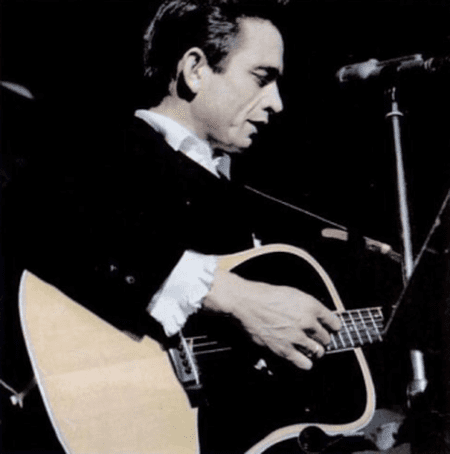 When asked about this anecdote in 2002, Cash said he’d never heard of it. However, from 1955 until his death, Cash – drug-addict, drinker, philanderer – did indeed sin up a storm, and once told Rolling Stone’s Anthony DeCurtis, “I’m the biggest sinner of them all.” He also consistently came back with songs that didn’t just sell, but also topped the country and western charts and featured in the Pop Top 20. By the time Cash left Sun in 1958, he had become their most consistently popular and productive artist. By the time he died in 2003, Cash had sold 50 million albums.

Born J.R. Cash (his parents couldn’t decide on a full name) on Feb. 26, 1932, in Kingsland, Arkansas, by the age of five, Cash was working on the family farm, singing gospel hymns, and listening to country and western on the radio. By his early teens he was plucking at the guitar and writing songs. Enlisting in the Air Force in 1950 (as John R. Cash – “Johnny” only came when he signed to Sun), Cash met his future wife, Vivian Liberto, a year later. The two dated for just three weeks before Cash was sent to South Germany. When he returned in 1954, the pair were married within a month. In those three years, Liberto and the ever-poetic Cash exchanged over 10,000 pages of love letters.

It was during his marriage to Liberto that Cash’s career truly took off. By 1956, Cash had enjoyed several top hits, including “Folsom Prison Blues” and “I Walk the Line.” As his success soared, so too did his dependency on alcohol, amphetamines, and barbiturates, which he had started taking to stay awake whilst touring. As a result, Cash’s performances became increasingly erratic, with Cash often stumbling and smashing things on stage, as Joaquin Phoenix masterfully portrayed in the 2005 Oscar-winning biopic Walk the Line. In 1965, Cash was arrested and given a suspended sentence for carrying 668 amphetamine tablets and 475 tranquilizers in his car. Liberto cited Cash’s dependency on narcotics as one of the many reasons for their subsequent divorce in 1966.

Another of those reasons was Cash’s close relationship with June Carter, the honky-tonk angel of the folk music group The Carter Family. Johnny and June had met in 1955, and had performed together on many occasions before he proposed to her on stage in February 1968, shortly after a suicide attempt in Tennessee’s Nickajack Cave, which had led him to (temporarily) curtail his drug use. Johnny and June were married a week later. By 1970, Cash was clean once again, only to relapse in 1977. After checking himself into rehab that year, Cash relapsed once again in 1989, and then again in 1992. He continued to struggle with addiction until his death. 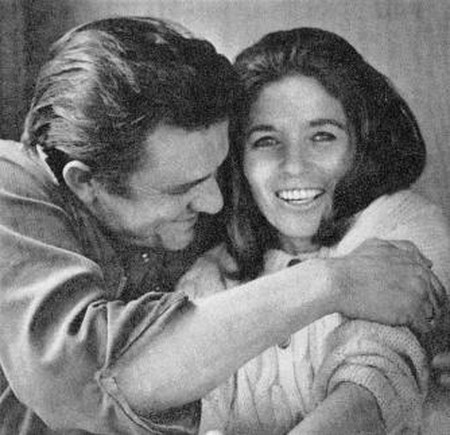 Cash and Carter’s pairing was hypnotic, both on stage and off. In their joint performances, their voices were utterly compatible – his smooth, train-rhythm bass-baritone set against her robust folksiness. Their relationship was seemingly one of perfect harmony, too. They remained married to each other until June’s death in 2003; Cash died four months later. For 35 years, she was the woman, as he wrote in an undated letter to her, who had “a way with words, and a way with me as well…the ring of fire still burns around you and I, keeping our love hotter than a pepper sprout.”

Whether the Sun Records myth is apocryphal or not, its moral – if it can be called that – strikes the right chord by drawing a correlation between the various identities of Johnny Cash. Cash, as God-fearing as he was wayward, as loving a husband as he was unfaithful, was, in his own words “all over the place.” He did not shy away from interviews, and he wasn’t afraid to stand in the spotlight (hosting his own music variety show on ABC), yet he was one of the most elusive characters of 20th-century music.

His music was impossible to categorize. Was he rock and roll? Gospel? Rockabilly? Blues? Country? (Indeed, he’s the only person to feature in the Country Music, Rock and Roll, and Gospel Music Halls of Fame.) Who knows and who really cares? As Bob Edwards put it, he is a category “uniquely his own, called Cash.” Sometimes funny (just listen to the lyrics of “A Boy Named Sue”), often somber, and always carried by a rumblin’, tumblin’, rollin’ thunder of a voice, Cash’s music commands respect from fans of all genres.

Ultimately, Cash’s enduring appeal lies in his capacity to convey pain and truth so palpably, and with humility. Listening to one of his last recordings, “Hurt,” a cover of an original track by Nine Inch Nails, you can feel Cash’s vulnerability when he sings:

Everyone I know goes away in the end.
And you could have it all,
My empire of dirt.
I will let you down.
I will make you hurt.

The track serves as epithet for a man whose life was equally brilliant and tormented. Pain – “the only thing that’s real” – was more often than not Cash’s reference material. Whether it was his own, or that of others (Cash is often credited for giving voice to the voiceless: prisoners, the poor, the hungry, and the old), Cash’s willingness to bare his fallibility for all to see ensures we believe the stories he chose to tell us, and keeps us carryin’ on, listening.