The 10 Best Craft Breweries In Arkansas

While states like Oregon and Colorado may be better known for craft beer, Arkansas is steadily developing a healthy craft brew scene of its own. From mainstays like Diamond Bear Brewing Company to newcomers like Ozark Beer Company, we profile ten of the best craft breweries Arkansas has to offer. 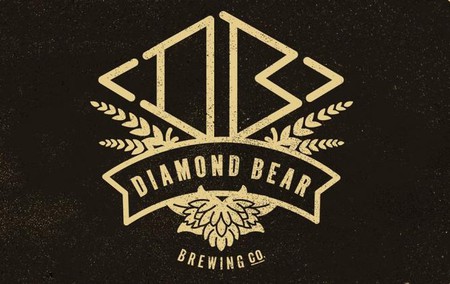 When it was established by founders Russ and Sue Melton in 2000, Diamond Bear Brewing Company became the first Little Rock-based production brewery the city had seen in 15 years. Formed with the mission of crafting beer unique to Arkansas, all Diamond Bear’s brews are created with the tried-and-tested European method of using two row malted barley, hops and yeast combined with Arkansas water. This has proved a successful formula that has seen the brewery scoop gold awards at both the Great American Beer Festival and World Beer Cup. Beer fans can tour Diamond Bear’s brewery and sample its year round and seasonal brews at its onsite ale house.

Bentonville’s first craft brewery Bike Rack Brewing Co set up shop in 2014 in the city’s downtown arts district. Since then it has gained a firm following with local beer fans and cyclists passing by on the city’s bike trails that inspired the brewery’s name. Formed by five local beer enthusiasts, Bike Rack Brewing Co produces four core brews, including its Urban Trail Golden Ale and Angus Chute American Stout, alongside a number of rotating seasonal and specialty beers.

Part of Fayetteville’s growing brewing scene, Fossil Cove Brewing Co was founded in 2012 and thanks to a successful start and a great deal of interest from local restaurants and pubs, the brewery tripled its beer output in just two short years. From its taproom open Tuesday to Sunday, Fossil Cove Brewing Co offers between nine and 11 year round, one off and seasonal beers available by the pint, flight or growler. Its popular seasonal is Whizzle, a white Indian pale ale brewed with Calypso and Belma hops and flavored with hints of pear and citrus, which is ideal for summertime.

Set up in 2012 by four beer enthusiasts who met at the Central Arkansas Fermenters home brew club, Stone’s Throw Brewing has transformed an old warehouse in Little Rock’s MacArthur Park Historic District into one of Arkansas’ best nano-breweries. This brewery specializes in small batch brews taking in both traditional and experimental recipes. Favorites include the Shamus Stout, a classic stout flavored with hints of coffee and Jean Petit Pear, and a cider that pays homage to Arkansas’ historic apple and pear orchards, which can be enjoyed at its taproom and beer garden alongside eats from local food trucks.

Located in Rogers in the heart of the Ozark Mountain range from which it gets its name, Ozark Beer Company is the brainchild of owners’ Lacie Bray and Andy Coates and inspired by their years working in the Midwest and Pacific Northwest’s brewing scenes. Officially opened in 2013, Ozark Beer Company strives to create beers that reflect the Ozarks, hard working, honest and eclectic, and currently produces five handcrafted beers. These includes its light bodied American Pale Ale and Onyx Coffee Stout, a collaboration with Arkansas-based Onyx Coffee Lab flavored with Guatemalan French roast coffee.

Located in the heart of north central Arkansas just outside Big Flat, Gravity BrewWorks is the brainchild of two avid home brewers. Award winning head brewer Bill Riffle and assistant brewer Tony Guinn, who after years dreaming of setting up their own brewery, took the leap in 2013. From its brewery and tasting room, Gravity BrewWorks offers a range of small batch brews made using hops from across the globe. These include American, Belgian and German varieties such as BelHop, a Belgian-inspired India Pale Ale, and BeeBop Honey Porter, brewed with honey sourced from the locally based Big Creek Honey Farm.

Founded in 2014, Little Rock-based Lost Forty Brewing is one of the Arkansas craft brewing scene’s most recent additions. Led by head brewer Omar Castrellon, a veteran of Arkansas brewpubs, and Nick Barron, a former brewer at Chicago’s Goose Island Beer Company, Lost Forty strives to craft beers that are uniquely Arkansan. This is particularly evident with brews like its Love Honey Bock, made with Arkansas honey. Lost Forty has an onsite tap room where beer fans can sample its brews freshly tapped alongside a range of tempting eats, from homemade bratwurst to smoked brisket, designed to perfectly complement Lost Forty’s beers.

Founded in 2012 and located on its owners’ beautiful horse farm just outside of Springdale, Saddlebock Brewery is one of northwest Arkansas’ foremost destination breweries. An eco-friendly brewery, Saddlebock crafts it beers in an onsite barn using a manual hoist and gravity fed system to transport its grains, and uses the barn’s true cellar to ferment its beers in a naturally cool environment. Pop in if you’re passing through Springdale and feel like a beer or two,on Saddlebock Brewery’s taproom deck while taking in scenic views of the White River. Its Arkansas Farmhouse Ale comes highly recommended by BeerAdvocate

Opened by local Fayetteville restaurateur Julie Sill in 2004, Hog Haus Brewing Company is a beautiful brewpub and brewery located in a stunning two floor building. Alongside a number of domestic and imported beer, Hog Haus’ brewpub also serves its own beers, including its popular Woodstock Wheat, a German-style Hefeweizen, and its Curly Tail Ale made with Pilsner and Vienna malts. These are house-brewed at the onsite brewery visible from both its floors and served alongside executive chef Eric Lea’s tempting American and European-inspired fare.