The Crystal Bridges Museum of Art, located in Bentonville, Arkansas, houses American art in the nation’s heartland. This award-winning museum brings a heavy dose of culture to an unexpected corner of the United States, showing art from the colonial to contemporary eras to an estimated half a million visitors every year. Culture Trip takes a tour round the 120 acres of Ozark forest that have become one of America’s most exciting local art museums. 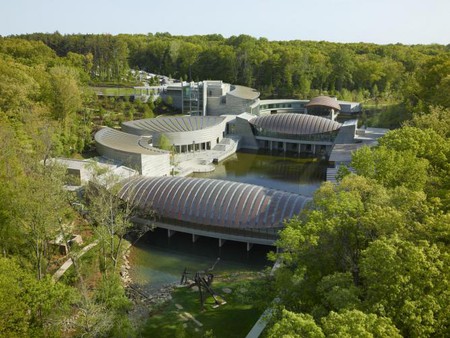 The Crystal Bridges Museum of Art is nestled on 120 acres of native Ozark forest in an inconspicuous corner of Arkansas. The museum houses American art and works to combine the natural surroundings with the story of America, creating a full cultural immersion in an area not known for its cultural offerings.

The $1.2 billion museum was made entirely possible by Alice Walton, the second richest woman in America and daughter of Walmart’s founder Sam Walton. An Arkansas native, Walton wanted to bring her passion of art to the Midwest, specifically to Bentonville, Arkansas – a lofty goal for a city most known as the home of Walmart.

With just about 35,000 inhabitants, Bentonville isn’t exactly the usual choice for an enormous art museum. In fact, the museum is the first major construction in 50 years built to commemorate American art and has slowly but steadily amassed a collection worth more than $500 million.

The Walton Family Foundation largely funded construction and admission is completely free, paid for by a grant from Walmart to the Museum. 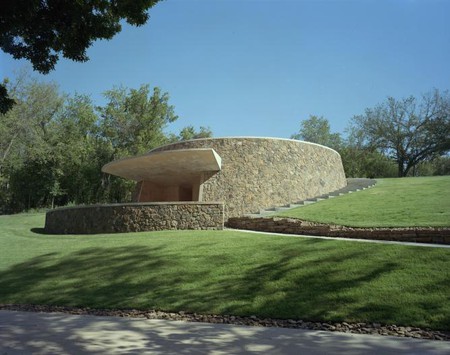 Walton brought in internationally renowned architect Moshe Safdie to design the museum who, with the help of engineer Buro Happold, created the impressive glass and wood design to be inclusive of the geographic, social and culture elements of the surrounding land. The building is made of a series of pavilions that sit on two ponds fed by the Crystal Spring, a natural spring on the Museum grounds from which the museum gets its name. The rest of the name comes from the unique bridges integrated into the museum’s structure.

Safdie designed Crystal Bridges to immerse visitors in the landscape as well, creating a connection between the American art and the natural art that surrounds it. Besides 217,000 square feet of gallery space, visitors can explore approximately three miles of nature trails on the museum grounds from sunrise to sunset daily or head to the Skyspace to actually view the sun rise or set. 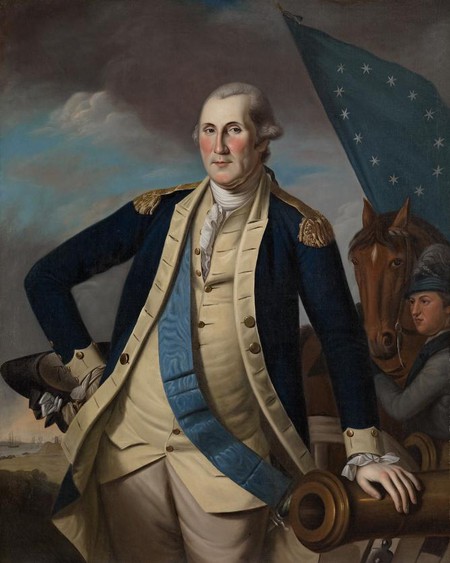 Titled The Way of Color, the Skyspace is an art installation located among the museum’s trails that allows visitors to view the sky through the round oculus in the ceiling. A light display that changes the colours of the ceiling during the sun show change viewers perception of the color of the sky.

Inside, the light wood floors match the curved wood pillars above and floor to ceiling windows allow natural light, not to mention calming views of the museum ponds from Crystal Bridges’ restaurant, Eleven. The museum houses galleries, conference rooms, a library, a gift shop, a restaurant and coffee bar, outdoor concert venues and a sculpture garden–but the real draw is the art.

Crystal Bridges displays paintings, sculptures, drawings, photography and installation art by American artists from the Colonial era to present day, with the largest exhibits from the 19th and 20th centuries.

The collection includes Charles Willson Peale’s portrait of George Washington, Norman Rockwell’s ‘Rosie the Riveter’ and Andy Warhol’s ‘Dolly Parton’, among other iconic classics, each showing unique stages in American art. More contemporary art on display include work from Roy Lichtenstein, James Turrell, and Georgia O’Keeffe and in 2012 the museum acquired ‘No. 210/No. 211’ (Orange) by Mark Rothko, a painting that has only been shown in public twice.

Crystal Bridges may have been Walton’s pet project, made possible from Walmart money, but the project has not only transformed an area that was once a cultural desert, in many cases it has transformed the citizens as well. Today busloads of children from elementary through high school go for guided tours and educational visits. The Willard and Pat Walker Charitable Foundation pay for all their tours, lunch and transportation. And, with the next closest art museum not for about 300 miles, according to the Washington Times eight out of every ten million visitors come from Arkansas or the surrounding states: Missouri, Tennessee, Mississippi, Louisiana, Texas and Oklahoma, proving that it is a cultural gem in the heart of the Midwest.

Critics and coastlines scoffed, but Crystal Bridges’ success remains, the world-class museum created a cultural rose in an area once seen as a cultural desert.