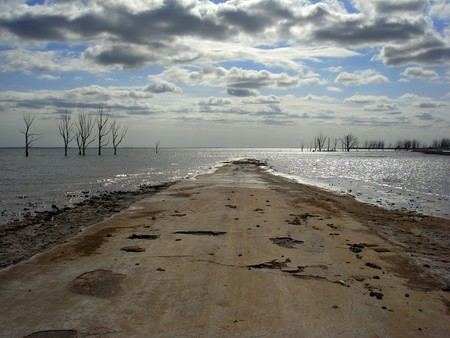 From ancient sunken cities to a pioneering deep sea city of the future, a whole world awaits under the water for intrepid travelers tired of their landlubber ways. Grab your scuba gear and explore the amazing underwater cities – China’s awe-inspiring Lion City and Jamaica’s Port Royal included.

Legend has it that Port Royal in Jamaica – formerly a haven for swashbuckling pirates – was once nicknamed ‘the wickedest city in the west’, though a devastating earthquake in 1692 resulted in the loss of around two thirds of the original, old city. Today, the submerged portion of Port Royal is an archaeological treasure trove and a total of eight buildings in varying stages of preservation have been uncovered alongside what UNESCO World Heritage Conservation has described as ‘an unrivaled collection of in situ artifacts’. Though currently off limits to recreational divers, a number of recovered artefacts can be seen at the National Museum Jamaica in Kingston. 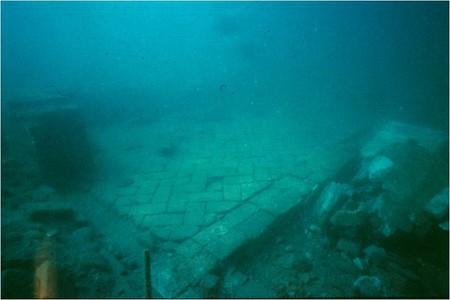 Submerged in 1959 when the manmade reservoir Qiandao Lake was created to provide hydroelectric power for the nearby, fast-growing city of Hangzhou, China’s Lion City (or Shi Cheng) was founded almost 1,400 years ago and not ‘rediscovered’ until 2001. The subaquatic city, around 85-131 feet below the surface, is home to some astoundingly well preserved examples of Ming and Qing Dynasty architecture including pagodas, temples and countless archways featuring intricately carved dragons, lions and phoenixes, while Qiandao Lake is home to another submerged city – He Cheng – thought to date back even further. Due to the depth, temperature and visibility of Lion City’s location, only experienced divers are permitted to visit the ancient underwater city. 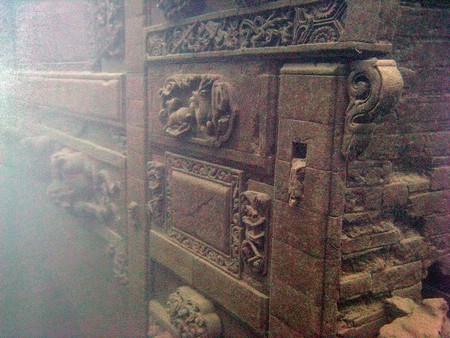 Until quite recently the ancient city of Dwarka – thought to be a kingdom built by Lord Krishna, home to 700,000 palaces made of gold, silver and precious stones – was the stuff of myth, when in 2000 India’s National Institute of Ocean Technology discovered ruins 131 feet below the surface of the Gulf of Khambhat. Since then, an array of ancient artifacts have been unearthed including pottery, sculpture, evidence of structures and human bones with carbon dating tests revealing the underwater city could date back as far as 9,500 years ago – predating all archeological sites found before it.

Discovered in 1986 by a local diver just off the coast of Yonaguni Island, Japan’s westernmost point, the Yonaguni Monument – a pyramid-shaped structure rising around 90 feet from the seabed featuring stair-like terraces – is quite possibly the most controversial submerged ‘city’ on this list – in fact, there’s still no consensus on whether the structure is indeed evidence of an ancient manmade civilization or the result of natural tectonic activity. British alternative history writer and supporter of the manmade theory Graham Hancock wrote about Yonaguni Monument in his book Heaven’s Mirror: Quest for the Lost Civilization, and fellow advocate Masaaki Kimura – a marine seismologist and professor at the University of the Ryukyus – believes the structure was built around 2,000 to 3,000 years ago. Currently, the site can be explored by diving or boat trip. 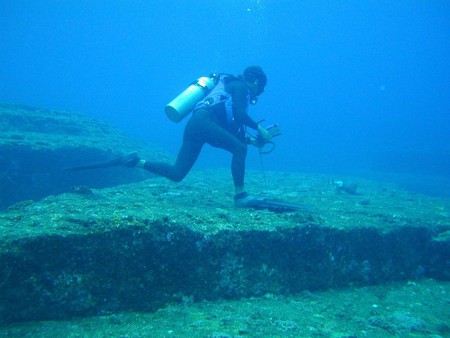 Villa Epecuén was a popular Argentinian tourist village nestled on the edges of Laguna Epecuén, that is until heavy rain during the mid-1980s caused the lake to overflow consuming the once thriving town. Technically no longer totally underwater, since 2009 the floodwaters have receded exposing a haunting landscape of half-submerged houses, trees and roads but it’s one of the world’s few underwater cities that visitors don’t need scuba diving skills to explore. One former resident, 85-year-old Pablo Novak, decided to return to Villa Epecuén when the waters receded: he is the subject of Australian filmmaker Matthew Salleh’s 2013 documentary, Pablo’s Villa.

Located off the coast of the Egyptian town of Abu-Qir just northwest of Alexandria, lies the sunken city of Heracleion. Discovered in 2000 thirty feet under the sea, excavations of the ancient site – formerly the main trading point of the Mediterranean during its heyday in the 6th century BC – have unearthed artifacts including giant statues, pottery, jewelry, wrecked ships and coins dating back to the Ptolemaic dynasty. Currently there are plans in the works to construct an underwater museum that would not only allow visitors to see Heracleion’s sunken treasures up close, but also protect the ancient city from pollution and poaching.

Heracleion isn’t the only hidden treasure the waters of the Mediterranean Sea are home to: over in Greece, on a strait separating the southern coast of Laconia and the small island of Elafonisos, are the undersea ruins of the city of Pavlopetri. Originally thought to date to the Mycenaean era (1600-1100 BC), archeologists now believe the former port dates could date back as far as 5,000 years and in 2009 an international team of experts using underwater robotics and sonar mapping conducted a survey of the area, allowing them to build a three dimensional image of what Pavlopetri may have looked like at its zenith.

An old Roman playground for the rich and famous, Baiae, Italy was a formerly flourishing spa town known for its hedonistic ways until it was ransacked during the 8th century by Saracens and eventually deserted by 1500 before floodwaters later swallowed up the town. Today overseen by Parco Archeologico Sommerso di Baia, divers can explore the extensive site visiting historic, sunken locales like the Pisonian Villa, formerly owned by the aristocratic Piso family who plotted to overthrow Emperor Nero, and the Sunken Nymphaeum – the former site of Emperor Claudius’ nymphaeum home to several ancient marble statues.

At around 8,000 years old, Atlit-Yam in Israel – a complex underwater site stretching 40,000-square meters showing evidence of a society living on a mix of crop cultivation, fishing, livestock farming and hunting – is the earliest known agro-pastoral-marine subsistence system on the Levantine coast. Surveys of the site, located about 1,300 offshore from the Israeli village of Atlit, just south of Haifa, have so far revealed architectural findings including stone water wells, walls and a megalithic monument alongside 65 human skeletons – two of which, those of a woman and infant excavated in 2008, showed evidence of having suffered from tuberculosis also making Atlit-Yam the locale of the earliest known case of the disease. 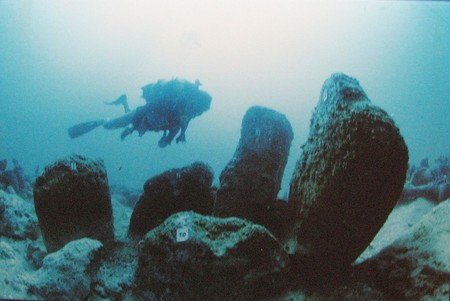 We’ve covered plenty of sunken cities of ancient history, but what about an underwater city of the future? Well, Japanese construction firm Shimizu Corporation has designed its very own modern-day Atlantis – a ‘deep sea future city’ concept that could revolutionize contemporary living. The ambitious Ocean Spiral design features a floating sphere 500 meters in diameter located beneath the surface housing residential and retail space held in place by a huge spiral connected to the seabed, and while this might seem like the stuff of science fiction, it’s by no mean a pipe dream and Shimizu Corporation believes the project could be a reality as soon as 2030. 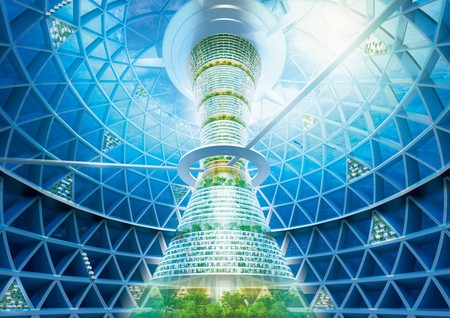