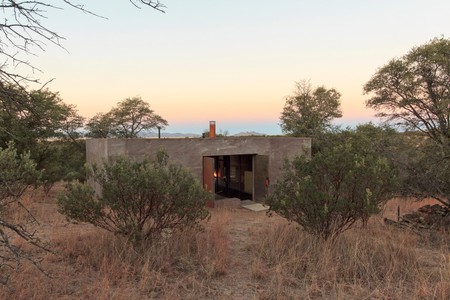 Have you ever thought about disconnecting yourself from the chaos of the modern world and living off grid? This eco home in a remote area of the Canelo Hills in Southern Arizona’s San Rafael Valley is only 15 miles from the US/Mexico Border, yet entirely detached from society, focusing only on being at one with and part of the natural landscape. 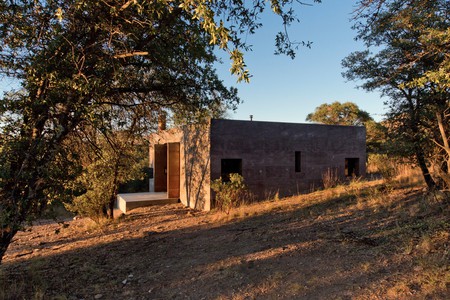 It’s not until you’re almost near the house, Casa Caldera, that you start to notice it – it’s disguised in a clever camouflage of ‘scoria’, a basaltic lava that emerges from the native grasses.

The walls of the house are naturally porous, and are made from a red volcanic aggregate, which creates the structure and finish, as well as offering insulation and thermal mass. 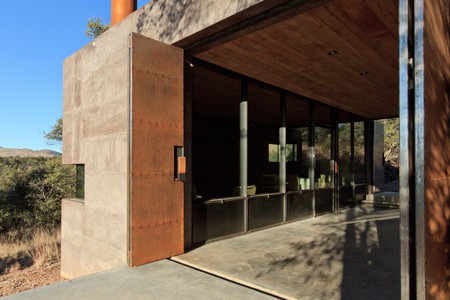 The recently completed property was designed by Tuscon-based architectural firm DUST. It is based around the ‘zaguan’, a kind of hallway typical in US Southwestern and Mexican homes that provides a view straight through the property, inviting guests to stop and gaze at the vast mountain ranges beyond. At either end of the zaguan are large, metal bi-fold doors that connect the internal living spaces to the surrounding landscape, while also letting in a cooling breeze when opened. 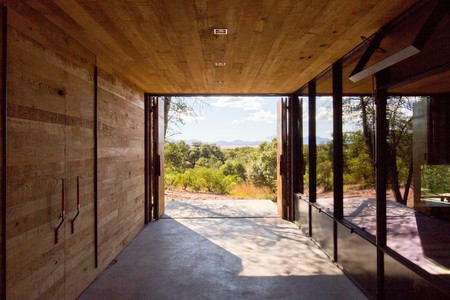 The only sources of heat are a wood-burning stove and a fireplace for the cooler months. Windows were kept small and the house’s orientation was taken into consideration to ensure that direct solar gain was kept to a minimum during the summer. Water is collected from a well, while solar power is utilised for minimal electrical and appliance needs. A single 30-yard roll-off of waste was removed after the entire construction process. 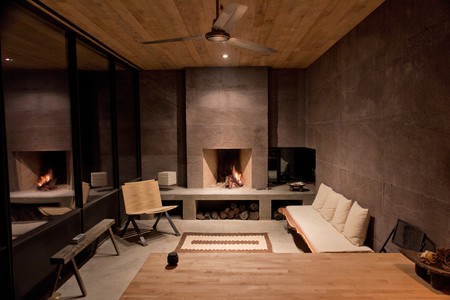 The 268.4m² (880 ft.²) house has a very simple layout, with two bedrooms and a bathroom opposite the living area, and the kitchen and zaguan running between them. This central space can be used for dining and entertaining, providing a sublime view across San Rafael Valley and the Patagonia Mountains. 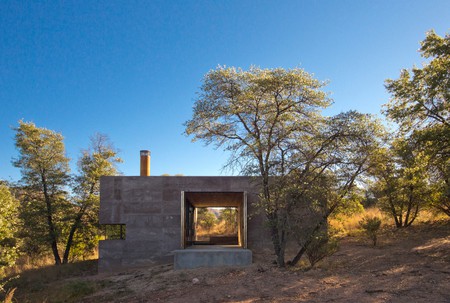 An external view of the zaguan | © Cade Hayes 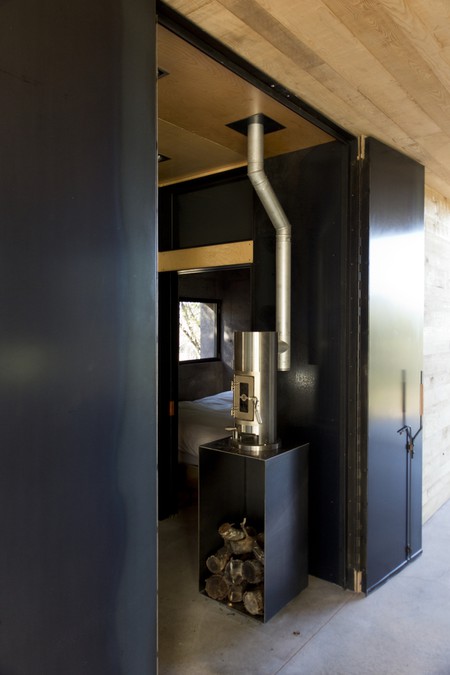 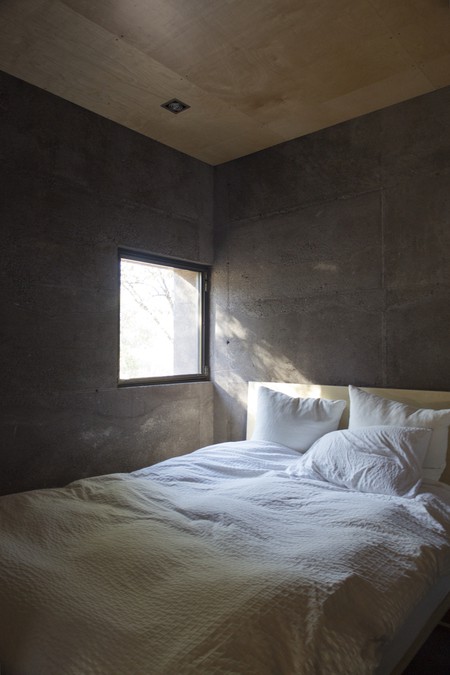