The Most Unusual, Fun Things to Do in Phoenix, Arizona 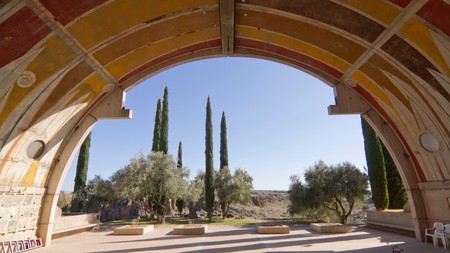 Arcosanti is an experimental town in the desert of Arizona, USA | © Danita Delimont / Alamy Stock Photo

Step away from the normal things to do and see in Phoenix, Arizona, and take a look at some of this city’s more unusual attractions. Tour a handmade castle, experience magical luminaries, see bats leave their cave at sunset, and explore a futuristic community. This desert city will surprise you with its unique, and often weird, finds.

See the bats swarm at dusk

From May to October, 10,000-20,000 Mexican free-tailed bats stop for a while in Phoenix during their migration south to Mexico. While in Phoenix, they give birth to their young. One of their favorite haunts is known as the Bat Cave, which is actually a large storm tunnel on East Colter Street. At dusk, the bats take off to hunt for bugs and swarm out of the “cave”. Check out the website to get exact directions to the storm tunnel along the Arizona Canal, near 40th and Camelback Roads.

Explore a wonderland of butterflies and tropical birds 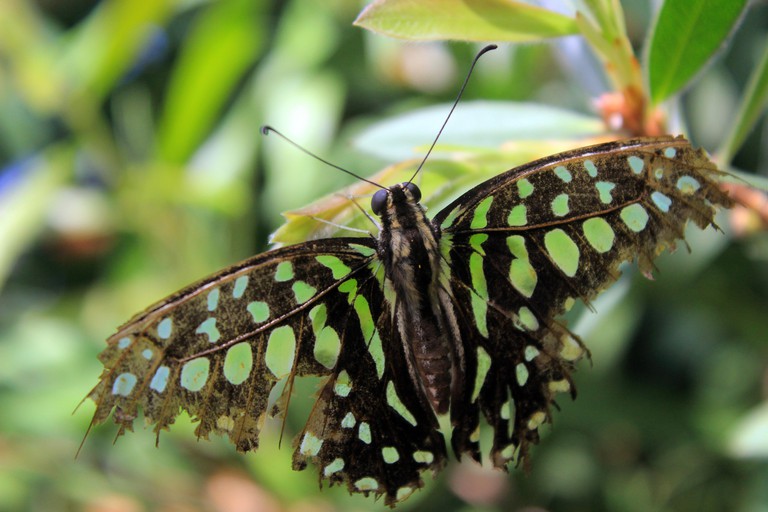 © Robert Landau / Alamy Stock Photo
Phoenix may be in the desert, but there are still places where you can see otherworldly colorful butterflies and birds from the tropical rainforest. Sit back to watch a 3D movie about Monarch butterfly migration, and experience live butterflies in a large conservatory. You’ll also see rainforest reptiles, fish and colorful birds – and even a live bee exhibit. Butterfly Wonderland is part of the Arizona Boardwalk entertainment park in Scottsdale.
Open In Google Maps
F100, 9500 East Vía de Ventura, Scottsdale, Arizona, 85256, USA
+14808003000
Visit Website
Give us feedback 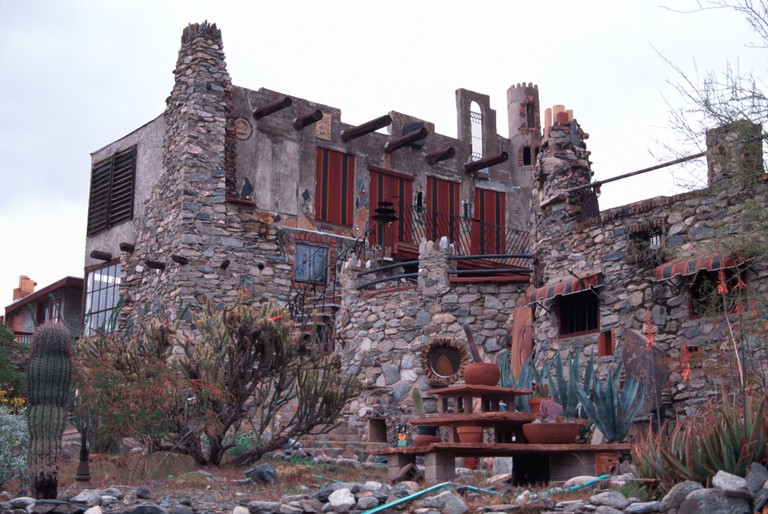 In the 1930s, Boyce Gully found out he had a serious illness. Rather than sink into a deep depression, he decided to spend his last years constructing a castle in the desert for his beloved little girl, Mary Lou. Boyce died in 1945, but his legacy lives on in southern Phoenix. You can tour the unusual Arizona stone castle with eighteen rooms, thirteen fireplaces and fanciful parapets. His daughter did move into the castle as an adult and lived there until her death in 2010. The fascinating castle is open for tours from October to May.

Check out a castle built in 1928 and cactus gardens 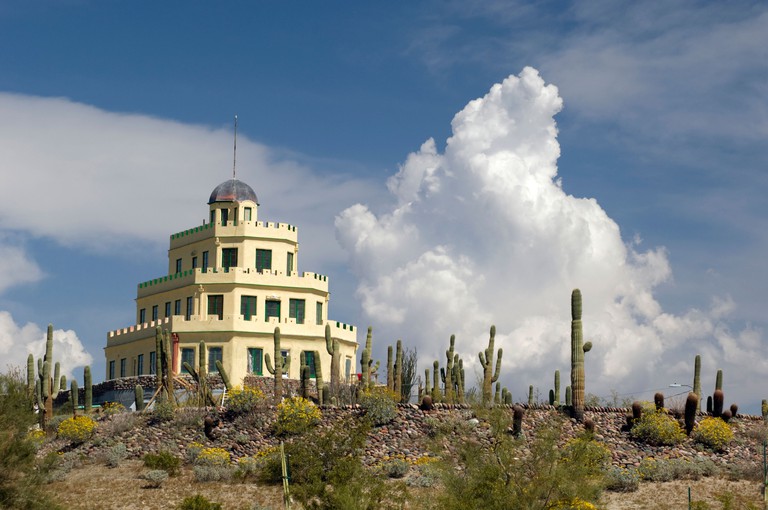 Built in 1928, this birthday cake-shaped building located prominently on a hill is now cared for by the Tovrea Carraro Society, which is named after two of the families who lived there. You can take a guided tour of the building that was once a hotel, designated as the centerpiece of a desert development that never happened. Eventually, the building was purchased by the Tovrea family who lived there until 1969. The castle and the 44-acre (17.8ha) cactus gardens were purchased from the Tovrea Family Estate by the City of Phoenix in 1993, and it is now considered a Phoenix Point of Pride. Tickets for the popular tours are available via a lottery system.

Explore the gardens at night during the magical luminaria season 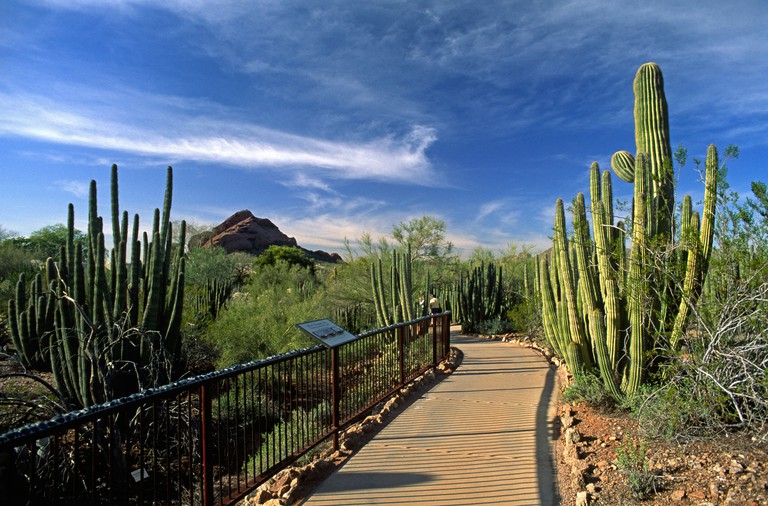 © McPhoto/Lovell / Alamy Stock Photo
As the desert cools down just before the holidays, the Desert Botanical Garden decorates the pathways and buildings with magical luminarias, a southwest tradition, that glow and flicker as guests wander, enjoy festive cocktails and listen to musicians. Las Noches de las Luminarias is usually scheduled after Thanksgiving and runs until the end of December. Tickets are sold in advance for this popular holiday event. Be sure to stop to listen to the performance of the handbell choir, which will put you in a festive mood.
Open In Google Maps
1201 North Galvin Parkway, Camelback East Village, Phoenix, Arizona, 85008, USA
+14809411225
Visit Website
Give us feedback 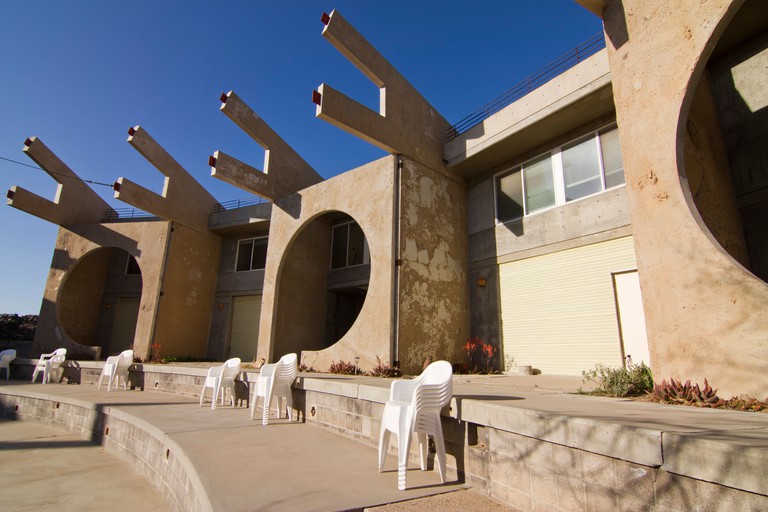 North of Phoenix lies a fascinating example of “arcology”. Built under the direction of Italian architect, Paolo Soleri, Arcosanti is considered the world’s first arcology prototype (ecology is integrated into the design) and was conceptualized 50 years ago. It’s fascinating to take one of the daily tours or to spend a little time there to study the concepts being promoted by the Cosanti Foundation. Arcosanti is open to the public seven days a week from 9am until 5pm. There are also a visitor center and shop. Tours are given daily. Arcosanti is located 70 miles (113km) north of Phoenix.