The Ultimate Week-Long Road Trip Through the Wilds of Arizona 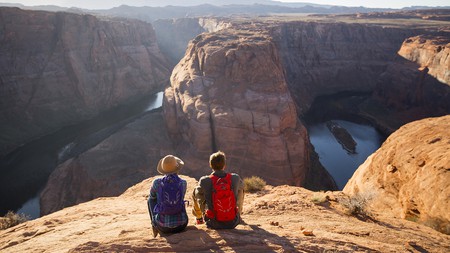 Tick the main attractions off your bucket list, but also take some time to explore Arizona's other, less-trodden landmarks such as Horseshoe Bend | © Jordan Siemens / Getty Images
Paid Partnership With

Some parts of the world boast landmarks so ubiquitous that everything else, entirely unfairly, becomes a side note. Nowhere is this more evident than in America’s road-trip nirvana, Arizona.

The vast state of Arizona – home, of course, to the inimitable Grand Canyon – is brimming with largely unexplored sites that have been overshadowed by mainstream tourist attractions. Yes, the canyon is an impressive sight and you absolutely must visit – but leave plenty of time for an incredible array of other experiences as you drive from the north to the south of this adventure-laden part of the United States.

Day one and two

Two hours north of the Grand Canyon and mere minutes from Utah, Horseshoe Bend, on the Colorado River – a river seemingly designed with rafting in mind – is a geological wonder that’s breathtaking enough to make an ardent atheist wonder if there is some omnipotent painter in the sky after all. Nearby Antelope Canyon proves that rock can be a work of art without the need for a hammer and chisel. You can enjoy both in a day, before heading south for your chosen Grand Canyon experience on day two – allow at least a full day and night there, of course. 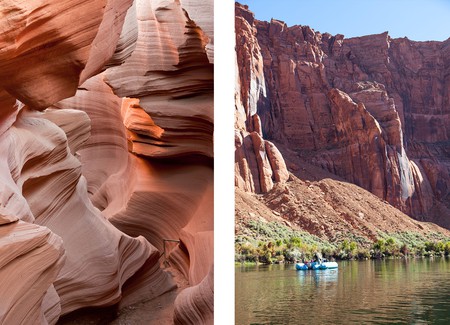 Hit the road with your walking boots at the ready. A couple of hours’ south of the Grand Canyon, you’ll find various enticing options.

The first thing you can try is climbing to the top of Humphreys Peak, the highest of the volcanic San Francisco Peaks mountain range. Follow the Inner Basin Trail and make your way through aspen and pine forests as you climb to an elevation of 12,637ft (3,852m) and enjoy a predictably perfect panorama.

If you like your hikes well graded and nicely shaded, try the Woods Canyon Trail, the southernmost hike in Sedona. And if you’re craving a little more excitement, Sedona is the perfect place to try a whoop-worthy, off-road Jeep tour led by a knowledgeable guide. Alternatively, you can explore the Petrified Forest National Park: pick one of eight designated trails, and explore miraculous landscapes dotted with ancient fossilized logs and a ton of animal fossils from the Triassic period that are truly fascinating. 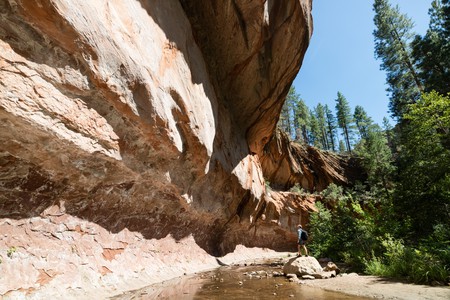 You’ve traversed almost half of Arizona by now, and the opportunity to up the octane presents itself at the northern city of Prescott. The city is widely known as the state’s best spot for mountain bikers and boasts 250mi (402km) of trails that range from smooth downhills to seriously challenging routes such as the Willow Dells Slickrock Trails.

After a morning on two wheels, switch back to four and embark on an adventure by following one of the many off-road trails through Arizona’s wildlands that lead, more often than not, to ghost towns such as Bumble Bee – once a stagecoach stop for the US Cavalry and handily close to Prescott. Plenty of evidence related to the infamous Old West peppers the state that inspired a thousand cowboy movies full of outlaws, gunfights, and pioneers seeking to mine their fortune. 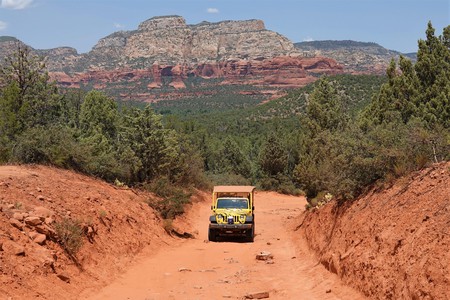 As you approach Phoenix, the state capital, the options open up once again.

If you want to continue your outdoor adventure, South Mountain Park and Preserve is the largest municipal park in the US, with 83 moderate trails ranging in length from 1.3mi (2km) to 16mi (26km).

For a culture-led day, explore the land that existed long before the era of big hats and gold-hunters. The land that became Arizona has been home to Indigenous cultures for more than 12,000 years. Today, the state has the second-largest Native American population in the US, with 22 sovereign Native American tribes in situ, and more than a quarter of the land is tribal land. Many of the tribes welcome tourism and offer cultural tours led by local guides. In a single day you could visit the Salt River Pima-Maricopa Indian Community, which often hosts events such as food festivals and concerts near Scottsdale, then head south to Chandler where the Gila River Indian Community hosts exhibitions, horseback rides, and educational classes about the Akimel O’otham and the Pee Posh tribes. 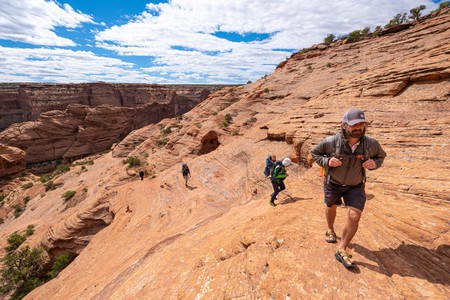 Pull on your hiking boots to explore the Canyon de Chelly | © An T. Pham

While exploring Arizona’s unique landscapes by car, horse, foot, raft or bike is likely to dominate a large portion of your trip, it’s worth setting aside a little time to enjoy city life in Phoenix. This eclectic capital is a haven for the arts. On the first Friday of every month, various neighborhoods host art walks that feature rotating exhibitions by talented local artists. For murals, pop-up galleries, and other events, head to Roosevelt Row, while for a mix of shopping, creativity, and visual art, head to Hive on 16th. You can enrich your understanding of Native American heritage at the Heard Museum, which is dedicated to the advancement of Native American art, then sit down to enjoy an indie film at art-house theatre Filmbar. Then, of course, there’s your tummy to consider. Mexican food is massive in Arizona, so you’ll be hard-pressed not to enjoy some spicy delicacies at some point – try La Santisima, which serves healthier regional fare from Baja and Cancun. There are also plenty of other eatery essentials, such as Nogales Hot Dogs, which serve grilled, beefy hot dogs wrapped in bacon, and old-school ice-cream shop Mary Coyle, which offers some incredible flavors, all homemade. 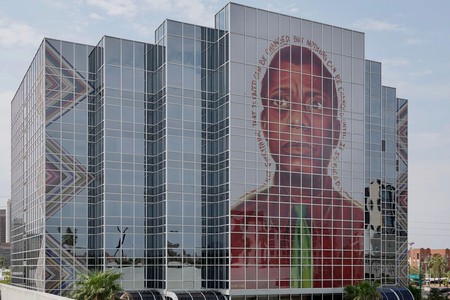 Head off early and settle into your driving seat for the three-hour ride from Phoenix to the Mexican border – well, almost to the border. If you want to break up the drive and really wake yourself up in the process, Mount Lemmon, the highest point in the Santa Catalina Mountains, is worth a stop. This spot, which features heavily on YouTube, is a favorite among longboarders and cyclists who often reach extreme speeds as they make their way down from 9,000ft (2,743m) along the 20mi (32km) of paved highway.

From here, your road trip gets as close as it can be to the spirit of the Wild West. Head to the time-traveler’s paradise of Tombstone and walk along Allen Street, making sure to stop at Bird Cage Theatre (dubbed the “wildest, wickedest night spot” by The New York Times back in the day) and the office of the Tombstone Epitaph (where you can buy reprints of the issue that covered the 1881 shootout between the Earp brothers and the Clanton-McLaury gang at the OK Corral). Also make a stop at Bisbee, a former mining town that is now essentially an extraordinary interactive museum featuring historic buildings and great places to eat. Like so much of this multi-trick pony of a state, you have to see it to believe it. 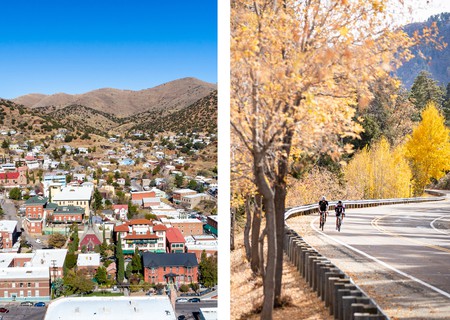 Learn more and start planning your trip to Arizona at RediscoverAZ.com