10 Contemporary Art Galleries in Phoenix You Should Visit 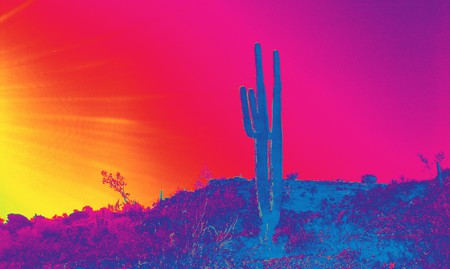 Once defined by its popularity as a ‘snowbird’ winter retreat, Phoenix – thanks in part to a revitalization of its downtown quarter – is now incubating a thriving contemporary art scene. From clusters of galleries in Phoenix’s arts and culture district Roosevelt Row to venues nestled in foothills of the surrounding mountains, this is a city intent on raising the profile of contemporary Arizonian art. These are ten of the best contemporary art galleries and museums in Phoenix. 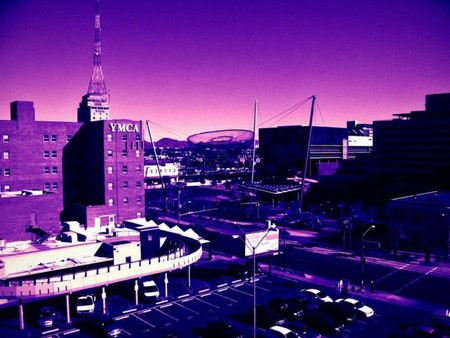 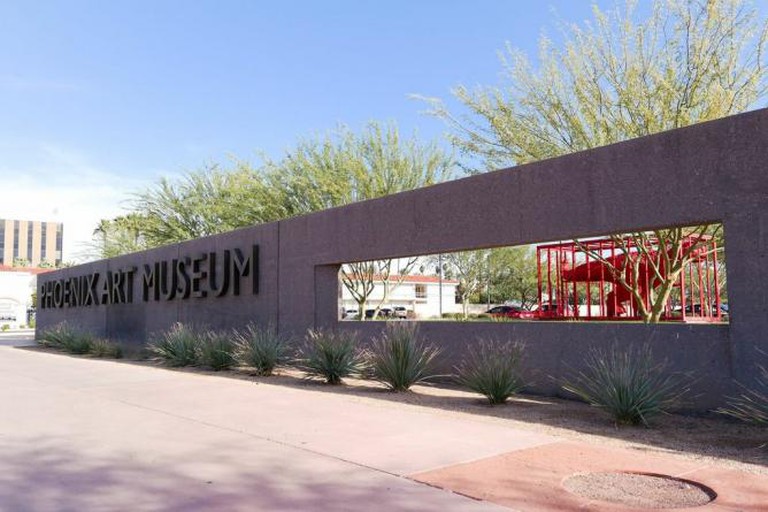 Phoenix Art Museum | © Visitor7/WikiCommons
The Phoenix Art Museum, which celebrated its 50th anniversary in 2009, has gained a reputation as one of the most important visual art galleries in the South Western states. The museum, which was designed by prolific American architect Alden B. Dow, has hosted over 400 exhibitions since its grand opening in 1959, and is home to over 17,000 works of modern and contemporary art from all over the world. In 2008, the museum acquired The Last Scattering Surface, a remarkable metal and glass sculpture by New York-based artist and sculptor Josiah McElheny, inspired by modernist industrial design and the Big Bang Theory. In 2013 Phoenix Art Museum presented the world premiere of painter Kehinde Wiley’s latest series Memling – eight portraits inspired by the works of 15th-century Flemish painter Hans Memling, featuring contemporary black subjects.
Open In Google Maps
1625 North Central Avenue, Midtown, Phoenix, Arizona, 85004, USA
+16022571880
Visit Website
Visit Facebook page
Give us feedback 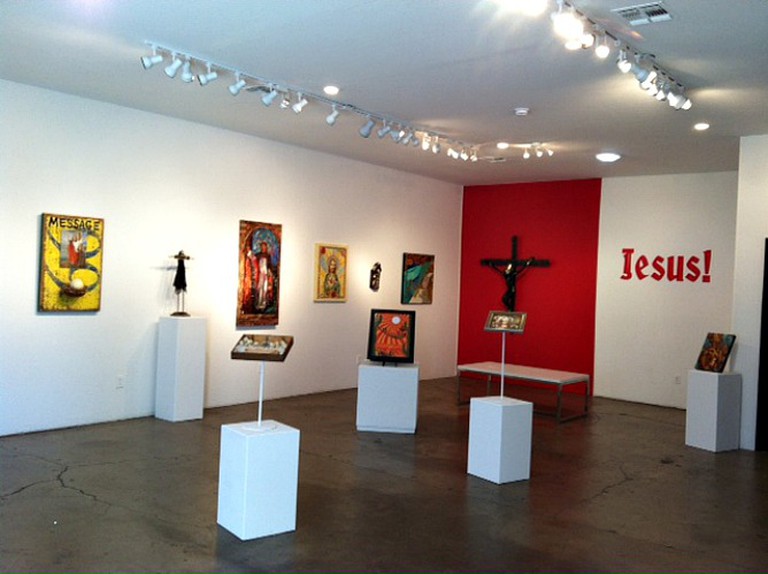 Modified Arts was established in 1999 by local entrepreneur Kimber Lanning who wanted to provide an open and accessible space in which local, national and international artists and collectors could gather. The gallery quickly became a respected downtown Phoenix arts and performance venue, and after a succession of different owners over the years, Kimber resumed her role as gallery director in 2012, joined by co-curator Connor Descheemaker. With a focus on conceptually stimulating artworks, Modified Arts has exhibited painter Jonathan Howard’s Temporal, a series of anonymous urban streetscapes and lonely desert vistas, and War Texts, a group exhibition examining the meaning of war which featured works by renowned Mexican contemporary artist Demián Flores and California-raised painter Darren Hostetter, whose paintings juxtapose military weaponry and objects with bold, whimsical colours and patterns.

Eye Lounge is a contemporary art space and artist-run collective established in 2001 to nurture the talents of well-known and emerging artists based in downtown Phoenix. A prominent fixture on the Phoenix art scene, the gallery was a founding member of the city’s Roosevelt Row art district and named as part of the Best Underground Art Scene by a local paper. Maintaining its links with the Phoenix arts scene, the artist collective currently includes local talents Anne Morton – who works with materials to explore issues of homogenisation and marginalization – and conceptual artist Lee Davis, who experiments with comical abstraction. Eye Lounge has recently exhibited Mikey Estes’ Somewhere in Between, sculptural collages exploring mundanity from a queer perspective, and Bill Dambrova’s The Body Believes in Images, psychedelic and intricately detailed illustrations celebrating events – such as cell regeneration and electrical impulses – that take place in the body and mind.

Founded in 1984, the Bentley Gallery has earned itself a reputation as a stalwart of the South West’s contemporary art world. Set up by gallery founder and owner Bentley Calverley, a New York native and one-time steel broker, Bentley Gallery was originally based in neighboring Scottsdale before it was relocated to its current premises in a former industrial warehouse in downtown Phoenix in 2012. In its 30 years of operation, the gallery has hosted a number of high-profile and noteworthy exhibitions. In its early years, Bentley Gallery hosted New York City-based painter and printmaker Pat Steir’s Waterfalls, a series of ethereal waterscapes created by dripping thinned paint onto canvas, and later a retrospective of the works of prominent 1970s abstract artist Jennifer Bartlett. 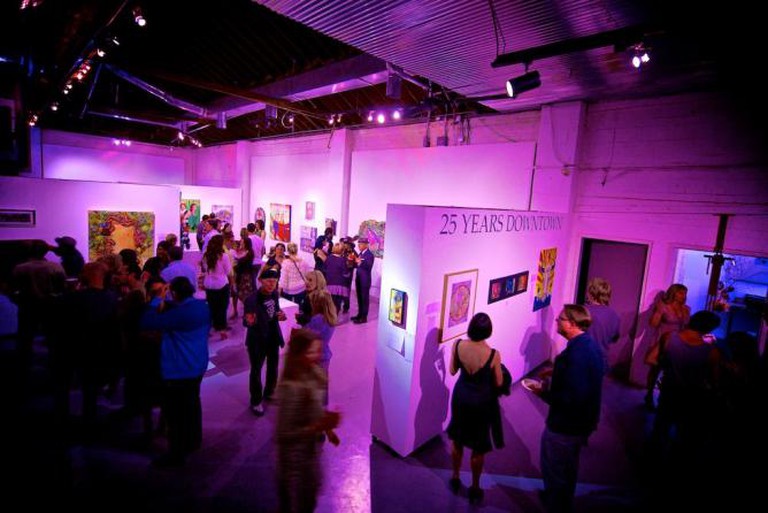 © Andrew Pielage
MonOrchid is a multi-use creative space housed in a renovated 1937 warehouse, which includes two gallery spaces – the Shade Gallery, a large space with static and modular walls that can adapt to a variety of exhibitions, and the Bokeh Gallery, an intimate space used primarily for photographic exhibitions. The gallery was established in 1999 under the direction of local fine art and commercial photographer Wayne Rainey, an active participant in the city’s arts community and founder of Phoenix’s urban arts magazine Shade. Among Mon Orchid’s exhibitions are Tucson-based Aaron Thomas Roth’s Between Heaven and Earth, digital collages of graphic and photographic images of haunting figures in limbo, and David Miller, a Phoenix-based photographer with surrealist pop art influences whose Scream Queen series was a photographic tribute and critique of the stereotyped female characters of modern cinema.
Open In Google Maps
214 East Roosevelt Street, Evans Churchill, Phoenix, Arizona, 85004, USA
+16022530339
Visit Website
Give us feedback

515 Arts is a popular and intimate contemporary arts venue nestled in the heart of Phoenix’s arts and culture district Roosevelt Row. The gallery, which is run as a cooperative by a group of Phoenix-based artists dedicated to promoting and supporting Arizonian contemporary artists, hosts exhibitions on a month-by-month basis with a particular focus on thought-provoking and innovate works of art. Artists currently involved with 515 include painter Henry Bella who, using oil paints, creates surreal landscapes with equally offbeat characters such as his Big Business painting featuring faceless businessmen marching through a desert, and Mary Shinwell, an artist who works across the media of drawing, installation, print, digital and video and takes inspiration for her work from her local surroundings in Phoenix and the surrounding Sonoran Desert.

Perihelion Arts is a cutting-edge contemporary art gallery and artist collective that was established in 2002 by owner Amy Young. The gallery aims to showcase the very best of contemporary art to inspire public interest in the arts, with an emphasis on art movements that push boundaries such as folk, surrealism, pop surrealism, outsider, and erotic art. The gallery has featured a number of exhibitions by prolific and acclaimed contemporary artists. In 2011, Perihelion Arts exhibited godzenmonsters by painter and illustrator Mike Maas 2011, whose dark yet humorous art is inspired by pop culture, punk rock, and comic books, and New York City arts scene mainstay Robert Loughlin, who uses non-traditional materials as a canvas and whose work has been collected by the likes of film director Joel Schumacher and fashion designer Helmut Lang.

Perihelion Arts, currently without a fixed address, curates shows at various locations throughout the year and participates in art fairs across the country.

Owned by husband-and-wife team Sandra and Larry Ortega, Obliq Art is a contemporary urban arts space and pop-up gallery located within the vibrant Arizona Centre, a shopping center and office complex in downtown Phoenix. The pair established Obliq Art in 2012 with the objective of showcasing exceptional contemporary paintings, photography and mixed media created by artists living and working in Arizona. Since its establishment, the gallery has hosted artists including Moscow-born and Arizona-based painter Elena Erös who is currently artist-in-residence at Bezalel Gallery in Scottsdale, and Phoenix artist Mike Olbinski, whose stunning photography captures the terrifying beauty of storms. In 2013, the Ortegas extended their operations establishing Gallery LUxx, which featured the works of local visual raconteur, Fred Tieken.

Art Gallery, Park
Facebook
Email
Twitter
Pinterest
Copy link
Share
Map View
North Central Art Gallery was established with a clear goal in mind – to provide a revolutionary space which changes how people interact with and experience works of art. Located away from Phoenix’s main arts district, North Central Art Gallery resides in the neighborhood of Sunnyslope, in the foothills of the North Mountain Park. Focusing on artworks that push the boundaries of contemporary and experimental art, the gallery shows only the work of highly skilled and inspirational artists who demonstrate creativity and spontaneity in their work. North Central Art Gallery currently represents several Phoenix-based artists including painter and sculptor Justin Queal, whose vibrant mural paintings have gained quite a reputation in the city, and Greg Brown, a photographer who takes aerial, birds-eye images of local landscapes.
Open In Google Maps
Phoenix, Arizona, USA
Give us feedback
Give us feedback