Where To See Bears In Alaska

Alaska is one of the final remnants of thriving North American wildlife, with many rare and endangered species residing within in its vast, pristine wilderness. The state is home to all three species of bear, with ample opportunities to view one of its most prized marine mammals.

Katmai National Park & Preserve, a remote area in southern Alaska, boasts over four million acres of wilderness. A large number of grizzly bears – some of the largest in the world weighing in at 1,000 pounds – are drawn to the nearby Brooks Falls for its robust salmon population. For close-up views, head to one of the lookouts in early spring and summer to see a handful of bears fishing in the waters; there are also backcountry locations for catching these lumbering beasts in their natural habitat. 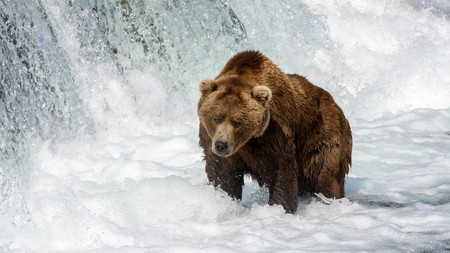 The Anan Wildlife Observatory, located along a stretch of mostly uninhabited Alaskan wilderness, offers views of both black and brown bears that coincide with the run of pink salmon in the nearby rivers. A viewing deck overlooks the creek, or you can catch a commercial tour via plane or boat. A permit is required during peak season (July through August), so be sure to book ahead of time. 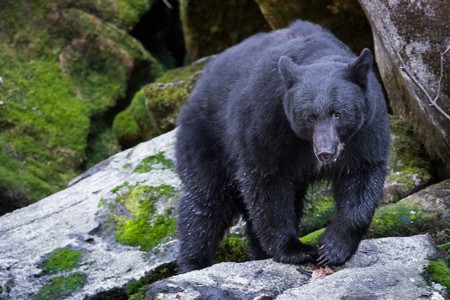 Situated in southern Alaska, Admiralty Island has an estimated 1,600 brown bears, one of the highest concentrations in the world. But this island in the Alexander Archipelago outside Juneau is also home to black bears, a smaller bear that weighs about 400 pounds. One of the best places to observe bears is at the Pack Creek Bear Viewing Area, which includes the ‘viewing spit’ at the end of Pack Creek where dozens of coastal-dwelling bears to come to feed on salmon during the warmer months. Visitors can also hike one mile to the Observation Tower for optimal panoramas. 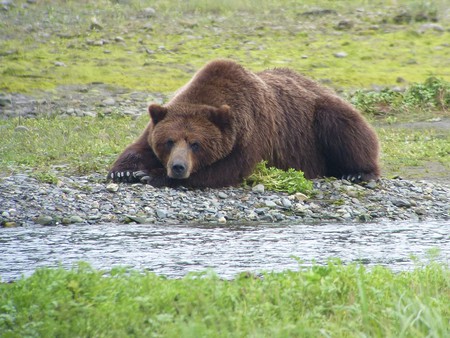 The Fish Creek Wildlife Observation Site is located in the Salmon River Valley, which makes for a prime spot for catching a glimpse of both brown and black bears. Both species come to the river to fish in the shallow waters of Fish Creek and Marx Creek. Peak season is mid-July through early September when the bears return to the fresh waters following the arrival of salmon. The area also features other fascinating wildlife like Canada geese, mink, beaver, bald eagles, and sometimes wolves. 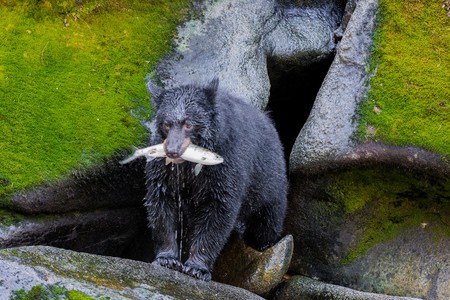 Many people flock to Steep Creek to see spawning sockeye and coho salmon, but the real treat here is the arrival of the black bears, which feed on the salmon in the river. Their appearance depends entirely on salmon runs, usually mid-July to September. The viewing site, located along the Moraine Ecology Trail, has a spot that overlooks the stream.

The Arctic National Wildlife Refuge, along with the Alaska Maritime Refuge, are the only areas within the National Wildlife Refuge System that all three North American bear species call home. Over 900 polar bears live on the shores of the Beaufort Sea, appearing between August and October after a period of denning, and several tour operators offer guided tours. Brown bears are sometimes seen foraging for food, though the population is less dense here than the rest of Alaska. 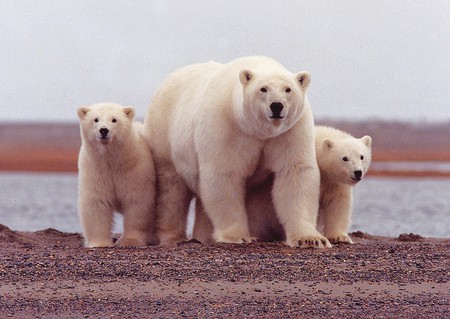 Although many polar bears spend the majority of their time on sea ice, many congregate along the coast and on the barrier islands near Barter Island from August to October. Kaktovik, a small Inupiat village, offers guided polar bear viewing tours that take visitors across refuge lands and over protected waters that surround the town, providing visions of these majestic beasts. 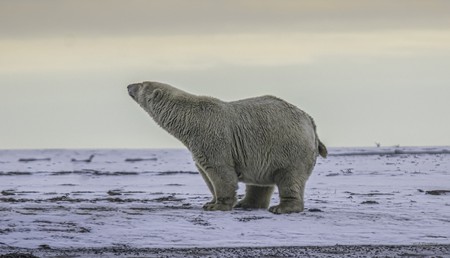 Yes, A Bear Does | © Anita Ritenour/Flickr

Kodiak bears, the largest bears in the world weighing as much as 1,500 pounds, are distant ancestors of the grizzly bear. Since migrating to Kodiak Island over 12,000 years ago, the 3,500 island bears have been isolated from other bears. Kodiaks are best seen during summer, and visitors can opt for a guided tour with Kodiak Brown Bear Center and visit several bear-sighting locations, all of which are a safe enough distance away. 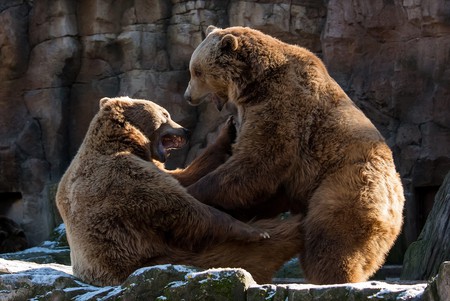 Bear Battle | © Orias1978/Flickr
Give us feedback