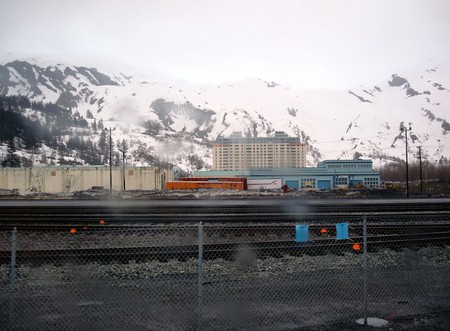 When people talk about sheltering or living under one roof, they typically refer to a family, or at most a hotel or a college dorm.

But did you know that in a (very) small town in remote Alaska, most of the population officially lives under one roof?

Whittier, Alaska, is a small town about 60 miles (96.5 kilometers) south of Anchorage. Approximately 127 people live in Whittier, which is only accessible via a boat or a one-way, one-lane tunnel that is a bit of a hair-raiser. The tunnel is quite narrow, and the direction that traffic is allowed to enter changes every 30 minutes.

And instead of Whittier’s residents living in a smattering of houses or farms, the majority of them have banded together to live in one building. As if this mutual decision wasn’t unique enough on its own, the building happens to be a former Cold War-era Army barracks.

The former barracks, which are now called Begich Towers, were built in 1974 and was once the largest building in the state. Residents don’t have to go very far to complete many of their errands—the barracks also contain a post office, a grocery store, a police station, a school, and a convenience store. 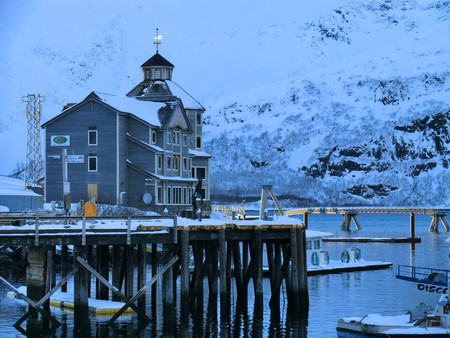 The docks in Whittier I

The population in Whittier and Begich Towers occasionally does climb above 127 when tourists come to town. The building serves as a bed and breakfast as well, in which guests can get to know not only a one-of-a-kind small town in remote America but also many of its residents intimately.

And to complete the unique environment, there are also animals that come with a residency in Begich Towers: Reindeer roam the lawn in front of the condo.

Once you’re inside, if you’re lucky, you’ll be visiting a condo with a view of the scenery outside. While the units themselves seem small, some of them feature windows with jaw-dropping views of Alaska’s beautiful wilderness outside, including water, mountains, mist—and maybe a few reindeer. 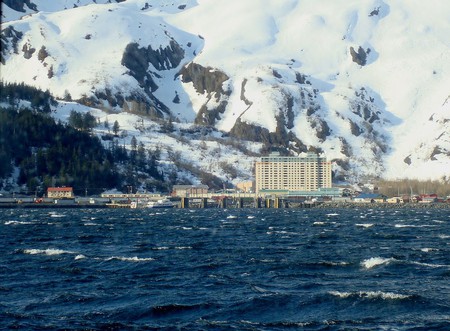