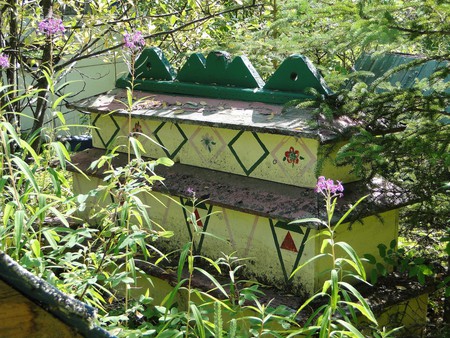 If you happen to drive through Eklutna, an Alaska Native village of roughly 70 people, just north of Anchorage, you might be surprised to see a petite white church topped with copper onion-shaped domes and the three-barred Russian Orthodox cross. Named St. Nicholas Church, it’s a hint of a time when Alaska was part of imperial Russia.

But what truly makes the site unique is how those Russian Orthodox influences have since married with Athabaskan traditions in the nearby cemetery.

The final resting places of more than 100 people are topped with riotously colorful “spirit houses.”

After Russian Orthodox missionaries arrived in the area around 1830, burial traditions of the two groups started co-mingling. Before the missionaries’ arrival, the Athabaskans customarily cremated their deceased—a process that would allow their spirits to make their journey onward. Because Orthodoxy forbid cremation, it became common practice for their family members to instead construct a house above the grave so that the spirits would have a place to go until they were ready to make the next step in their final journey. 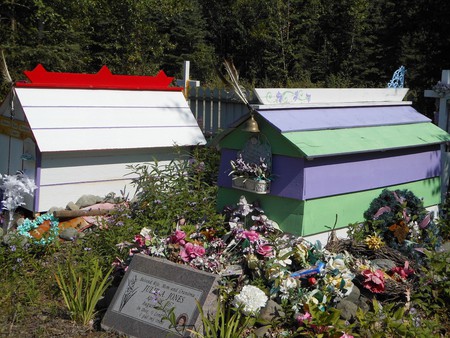 Usually, the houses are long, short boxes with sloped roofs and gingerbread house-like décor. Some even have porches and windows. They also feature colors on the outside that represent the person’s family.

However, unlike in cemeteries in the lower 48, the graves in Eklutna aren’t spruced up when they start to fall into disrepair. Part of Athabaskan tradition dictates that whatever is taken from the Earth must be allowed to return to the Earth. 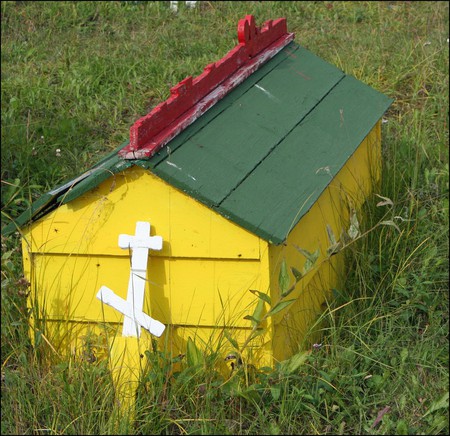