How Voters in Alaska Are Shaping the Future of LGBTQ Rights 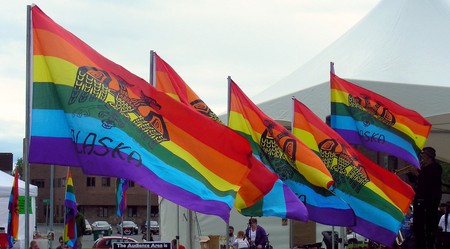 Voters in Anchorage, Alaska, earned a massive victory in the nationwide battle for transgender rights. Voting 53–47 against Proposition 1, the Anchorage majority rejected the bill’s proposed impediment to gender inclusivity—the legislation sought to restrict citizens in public spaces based on sex assigned at birth.

Despite the now-familiar and widespread “bathroom bills” in the United States, the local Proposition 1 in Anchorage remained one of the first outstanding initiatives to threaten transgender rights. And, following North Carolina’s passed legislation in 2016, the rejection of Prop. 1 is a consequential victory for LGBTQ supporters across the U.S. 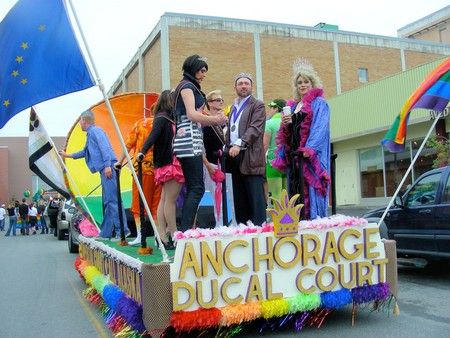 According to Lillian Lennon, the organizer of the Fair Anchorage Campaign and the bill’s target opposition, this is a community-wide victory against discrimination. Lennon, 19, boasts a profound résumé in trans activism. As a transgender woman, Lennon’s own experiences facing discrimination and fear drove her to take on a leadership role in the Anchorage community.

“If Proposition 1 were to pass, I would fear that I could be blocked from using the restroom that I identify with,” Lennon said in an interview with NBC News. “I would be forced to go into a men’s restroom where I wouldn’t feel safe or protected, and I definitely don’t think that anyone in that restroom would feel particularly comfortable with me there either.”

The ballot itself not only posed a threat to transgender rights in Anchorage, but if it passed, it would have also effectively dismantled and reversed the city’s 2015 non-discrimination ordinance. Since Prop. 1 extended to all public spaces, its execution would have allowed employers to dictate accommodations for transgender employees throughout the city. This threat to marginalize and ostracize Anchorage’s trans community would personify a widely feared epidemic of gender intolerance across the country. Luckily, 53% of voters stood on the inclusive side of history in this particular legislation.

“Anchorage voters refused to succumb to hate and bigotry by rejecting this discriminatory, anti-transgender ballot measure,” said Chad Griffin, president of the Human Rights Campaign. In a statement to NBC News, Griffin emphasized the nationwide victory of the Anchorage voting results. “Community leaders, businesses, faith leaders, and public officials all spoke out in support of equality.” 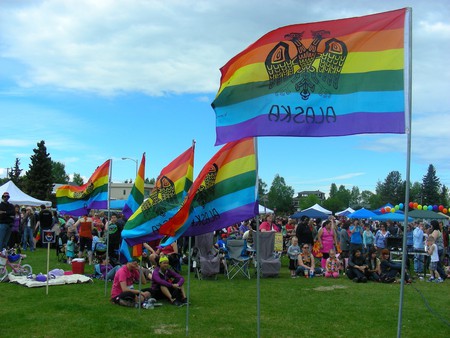 Still, the Anchorage bathroom bill was only one of 129 anti-LGBTQ bills across 30 states proposed in 2017. Though North Carolina remains the only U.S. state to pass legislation on sex-segregated facilities, the Human Rights Campaign (HRC) projects that legislators may continue threatening the rights and safety of LGBTQ individuals in the coming year. As stated in their report, “we are likely to continue to see a sustained attack on transgender people, particularly in the areas of public accommodations and health care.”

According to Jim Minnery, president of Alaska Family Action, “privacy” is a motive for conservatives who support bills like Prop. 1. “Not everyone should have access to any intimate space they want because of how they feel,” he wrote in a statement. Minnery’s nonprofit—a Christian public policy group—gathered thousands of signatures that helped get the Proposition added to the 2018 ballot in the first place. But his efforts to enact a local bathroom bill like this one extends to similar community leaders across the country. 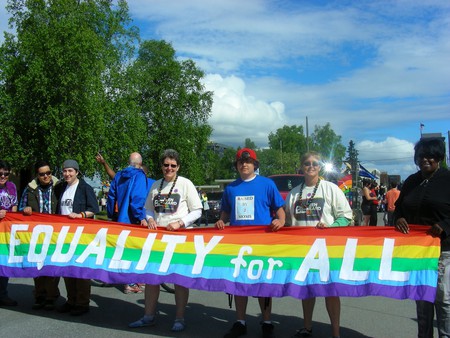 Despite these impending threats, advocates of LGBTQ rights and inclusion policies continue to march forward. More than a dozen states have already pledged to put protections in place against anti-LGBTQ discrimination, including Florida, Michigan, Ohio, and Pennsylvania.

Though the battle for widespread inclusivity—gender-directed or not—continues to hang in the balance in the U.S., advocates remain both hopeful and fierce in their efforts.

“This fight isn’t just about No on Proposition 1—it’s about continuing this discussion and pushing human rights for everyone,” Lennon said to NBC.