How to Go Dog Sledding in Alaska 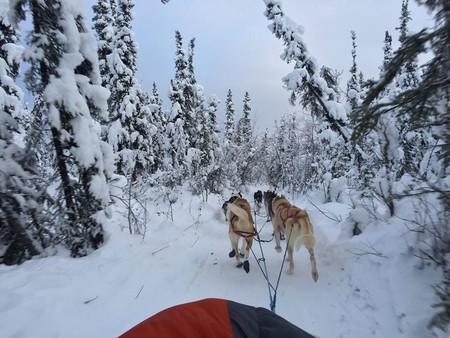 In a not so distant past, dog sledding was one of the primary means of transportation in Alaska. Even today, it’s used as a transit method in remote corners of the state and by Denali National Park Rangers for winter park patrols. Between its cultural and historical significance (and the cuteness overload that is an excited team of huskies), it makes sense that mushing is often seen as the pinnacle moment of an Alaskan trip. Not sure where to start? Here are the four main types of dog sledding adventures.

Even though it’s the most classic way to go dog sledding, it’s often the least crowded time to experience it. Those lucky enough to make it to Alaska in winter months, are spoiled for options for mushing – unless it falls during the same timeframe as the Iditarod when the teams are gone competing. Winter rides usually include meeting all the dogs in the kennel (numbers that can range from a few dozen to nearly 100), getting more personalized lessons from the musher, and zipping through the trees while nestled under blankets on the sled or while standing on the runners. While most operators have down coats, heavy boots, and other cold weather garb, it’s encouraged to dress warmly – you’d be surprised how much colder it gets when you’re on a sled going ten miles an hour.

Availability for winter mushing can be found all over Alaska, particularly near Fairbanks and Seward, from November to March. 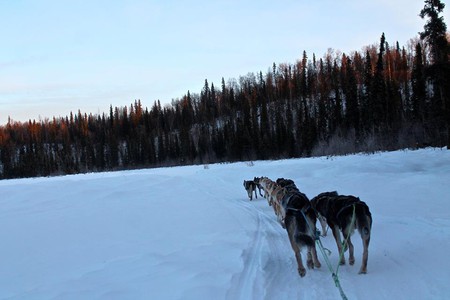 Those keen on having a mushing experience as close to the reality of the Iditarod (without actually having to race 1,000 miles) might be interested in customized, overnight dog sled tours. Participants drive their own dog teams deep into the backcountry of Alaska, to places unseen by even those who’ve called the state home their entire lives. Depending on the company, guests either sleep under the stars with the dogs or in remote cabins and lodges. 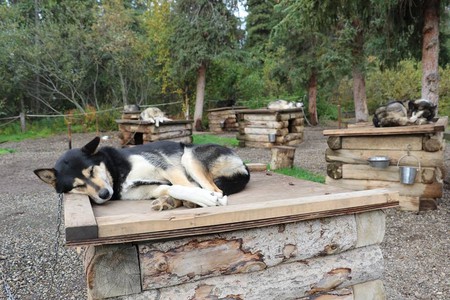 If you’re willing to shell out for the hefty price tag, dog sledding on a glacier is an unbeatable Alaskan experience, you’re getting three can’t-miss Alaskan experiences rolled into one: dog sledding, glacier trekking, and flightseeing. Operaters shuttle their guests from bigger hub cities to the designated glacier via helicopter. From there, participants meet the handlers and dog teams, receive a demonstration and learn about proper dog care, skim across the glaciers in the sled basket, and, if they’re up for it, try steering the sled themselves, before heading back to town.

A few companies to compare include Alaska Icefield Expeditions in Juneau, Temso Helicopters in Skagway, and Turning Heads Kennel in Seward from May through August.

Just because there isn’t snow on the ground during the summer doesn’t mean Iditarod contenders are taking time off. Instead of sleds on snow, the dog teams spend the green part of the training season pulling wheeled carts or 4-wheelers over the same trails they run in winter months. Most rides range from one to two hours, depending on the kennel’s size, followed by a tour of the kennel and unlimited time to meet and play the current and future race dogs. An added bonus of visiting a kennel in the summer: there are usually more puppies, as kennels try to breed their dogs in spring.

A few mushers to consider are Girdwood Mushing Company, Ididaride, and Sun Dog Kennel from April through November.